I went undercover on a UM admissions tour

All the future Canes in their natural habitat

On my commute from the parking lot to the business school, I came across a group that resembled a family of mice that had just been dropped into a snake pit. At first, I was curious as to why they looked so lost – but then I realized that they were admitted students. I had never gone on one of these admitted student tours, so naturally I was interested in seeing what their tour guide had to say.

As I moved closer and closer to the group, I realized that they had no idea I was a student. I tried my best to assimilate into the cluster of parents, students and siblings. They suspected nothing. 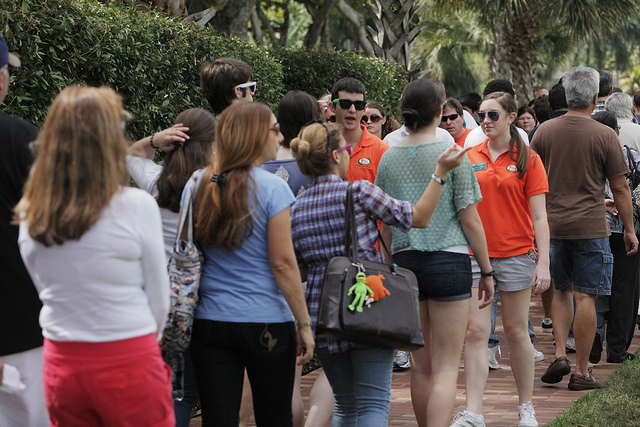 These people looked lost as they followed their freshman tour guide – who had only been a student here for a couple months. I found it amusing that the tour guide and the prospective students were nearly the same age.

I decided not to tell anyone I was a current student. This allowed me to fully inherent the mentality of the group. They were unsure; they were vulnerable. I listened more closely as the tour guide rattled off facts that I had never heard before. “There are always different food trucks on campus.” We were told “Miami has extensive connections in the professional world” and that “manatees, ibises, and the occasional peacock frequent Miami’s 239 acre campus.” I was skeptical of some of the information – but the tour group ate it up. 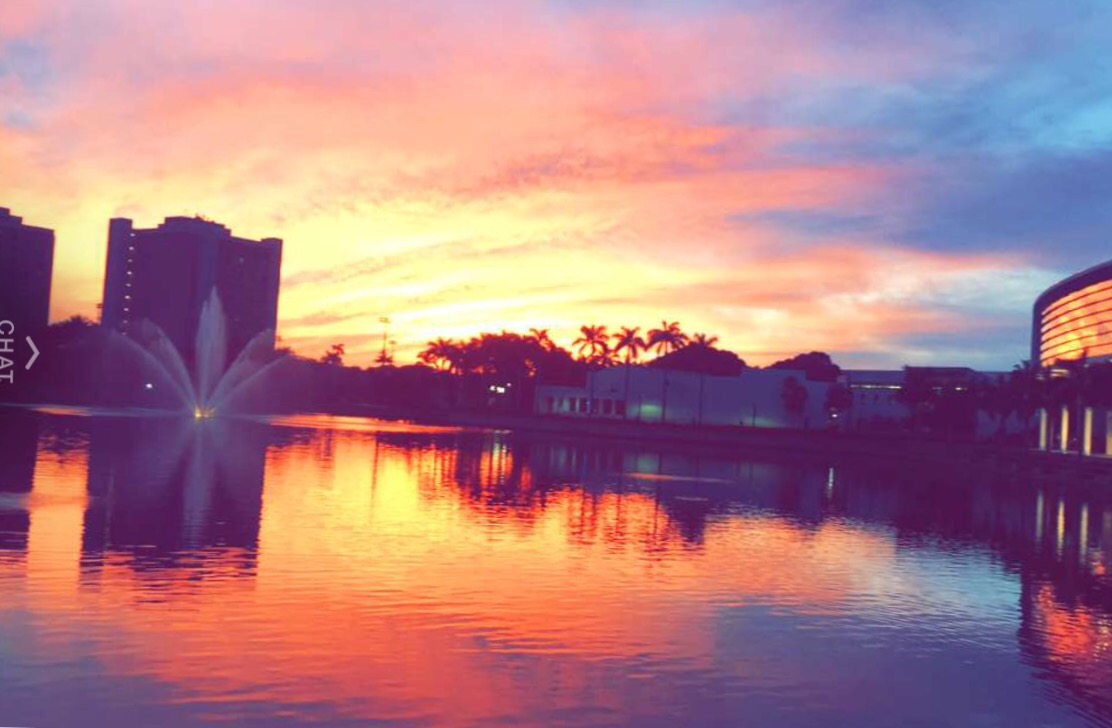 I think some of them might be on to me. I overheard whispers from some of the members. “Who is this kid with the backpack? Where are his parents? Why is he taking notes and photos of us?” Realizing that my cover might be blown, I kept my distance.

I heard two of the admitted student discussing SAT Scores and college applications. It almost made me anxious to hear them ask questions like “Do you think I’ll get in with a 32 on my ACT?” or “How many students get accepted off of the waitlist?” It was a joyous moment when I realized that those topics were a thing of the past for me.

At this point, I believe that some of the people on this tour have accepted me as their own. I’ve already been invited to lunch with a family on the tour – and I think this kid might want to be roommates with me. Unfortunately for him (but fortunately for me) I will not be living in the freshman dorms next year. The tour guide pointed out that security officers are posted in the lobby of the dorms. Several parents seemed ecstatic that this safety measure was in place – but none seemed to think about the possibility that the officer could pose a problem for their future college student who will at some point return to the dorms blackout drunk. 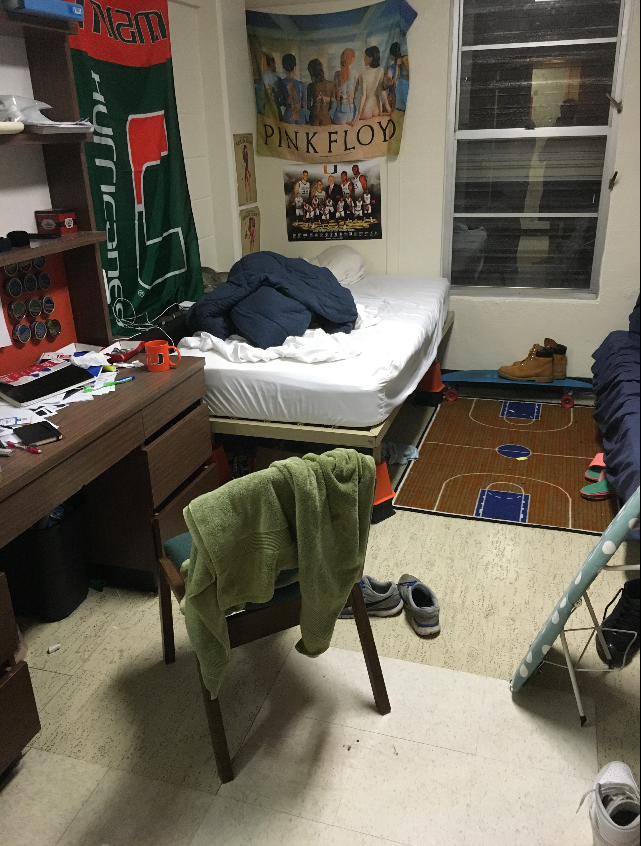 I am slowly beginning to realize that there are a lot of buildings that I had never seen before. Our campus is pretty big – and the tour really highlights the impressive parts. I can already tell that some of the prospective students are loving the school, but others have concerns.

“How big are the class sizes?”

Tour guide answer – “That really depends on what class it is. Introductory level classes can get pretty big, but as you advance in your major, the classes get smaller and more individualized.”

My reaction – Even though I didn’t attend UM for my freshman year, all of the classes I’ve been in have had less than forty students. Compared to most colleges, that is pretty small.

“Is it easy to transfer into the UM School of Business?”

Tour guide answer – “Many students transfer from department to department here. I have a few friends who have gone from engineering to the business school and vice versa. If you ask your advisors about it, they’ll help you make the switch.”

My reaction – I transferred with a solid GPA from a reputable business school, and still had to jump through hoops to get into the UM School of Business. You need a B in Calculus, and a solid application. It’s possible, but not easy. 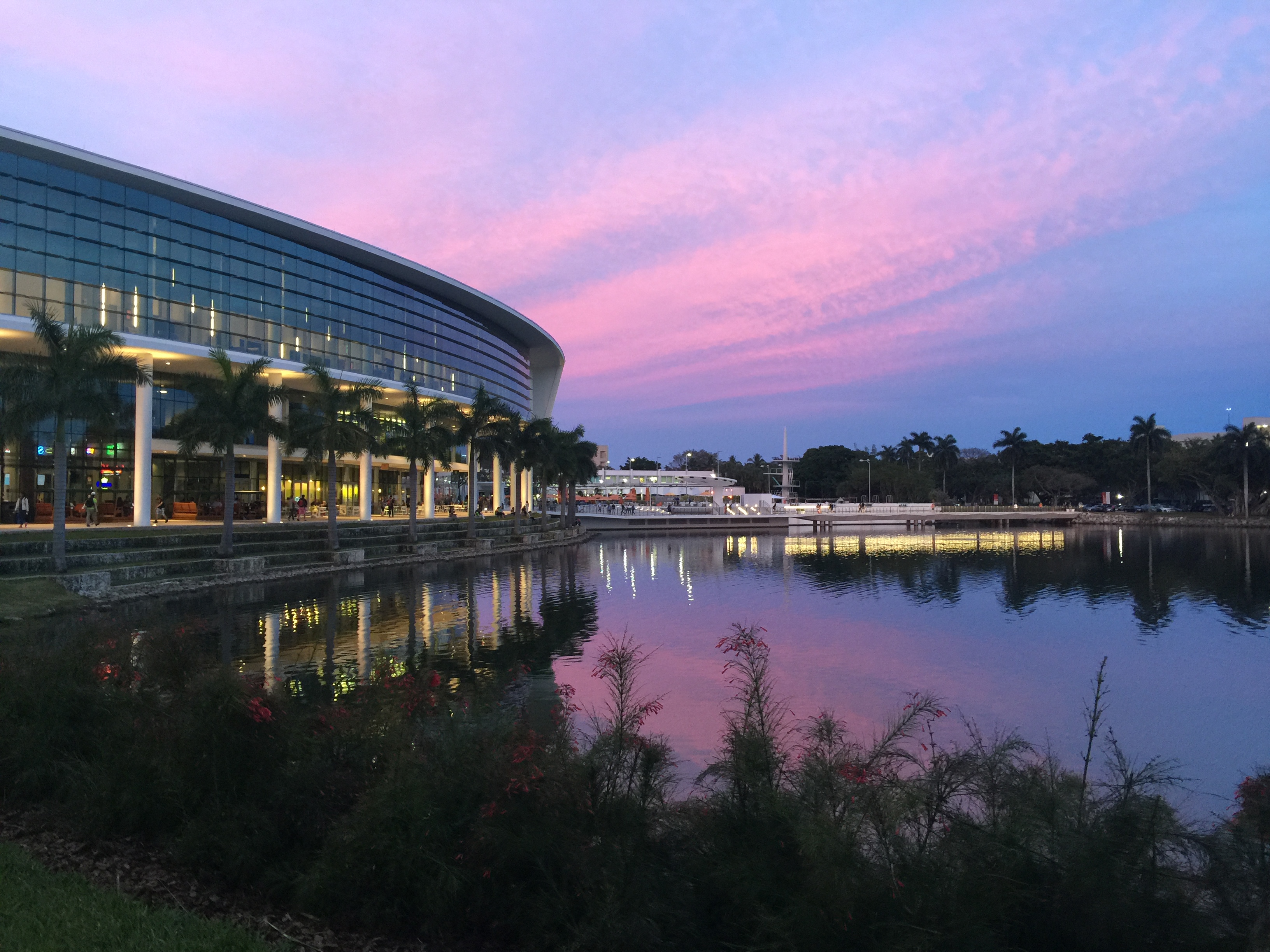 It seems like the tour is going to be wrapping up pretty soon. I actually learned a few things during my time with the tour group. The guide mentioned some famous alumni, like Ray Liotta, Sylvester Stallone, Enrique Iglesias, and “The Rock.” Our tour guide gave off a strong vibe that we are a community. Some of the kids on the tour are already exchanging phone numbers; they are creating bonds that will carry over into their years at the University of Miami. These students might not realize it yet, but they are embarking on the first steps of their college experience.

This is Cane Country, and all of the students at the University of Miami realize what a special place this is. If I could give one piece of advice to the prospective freshmen on that tour, it would be to make the most out of the next four years. I’m already halfway done with my college journey and I haven’t even experienced a fraction of the opportunities that a school like ‘The U’ can grant its students. I was blessed with the opportunity to come here, the option to attend that tour, and the chance to meet some of the members of the Class of 2020.