When there’s no outlet for you, make your own

Have you ever said to your friends “we should have a TV show?” Don’t lie to yourself, you have. Chances are, you never actually did anything about it. It’s for the best. Just because your friend ordered four pieces of Antonio’s or you guys went to Berk in you pajamas does not mean you are worthy of a television show.

But, when UMass student Alex Hagani thought “this should be a TV show,” he meant it, and he was right.

He looked around his freshman dorm in Cance, that he shared with a 23 year old named Ran, with walls covered in citations and decided it was time to make it a show. A comedy, a coming of age story, a romantic comedy and so much more. 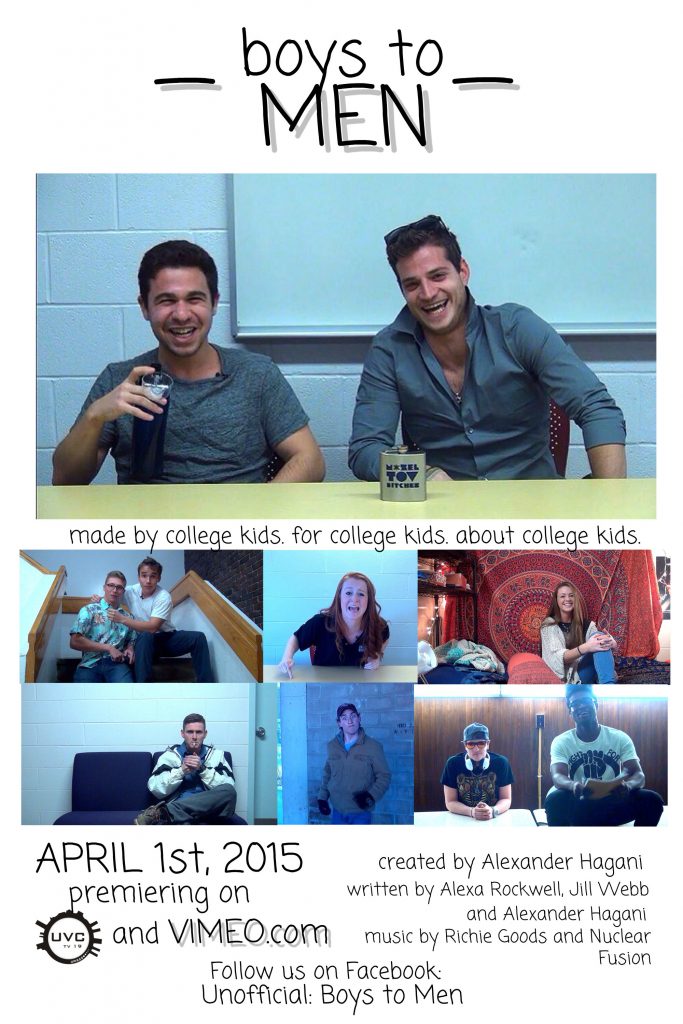 Throughout the fall of his freshman year he developed the story centered around heightened versions of the people around him, including his sex crazed, foreign roommate who just can’t seem to adjust to American rules, the childhood best friends rooming together down the hall, the girls who only share their honest opinions once their roommate has already done so, and the fictitious “John” that everyone knows lives here. No but John actually did invite us. 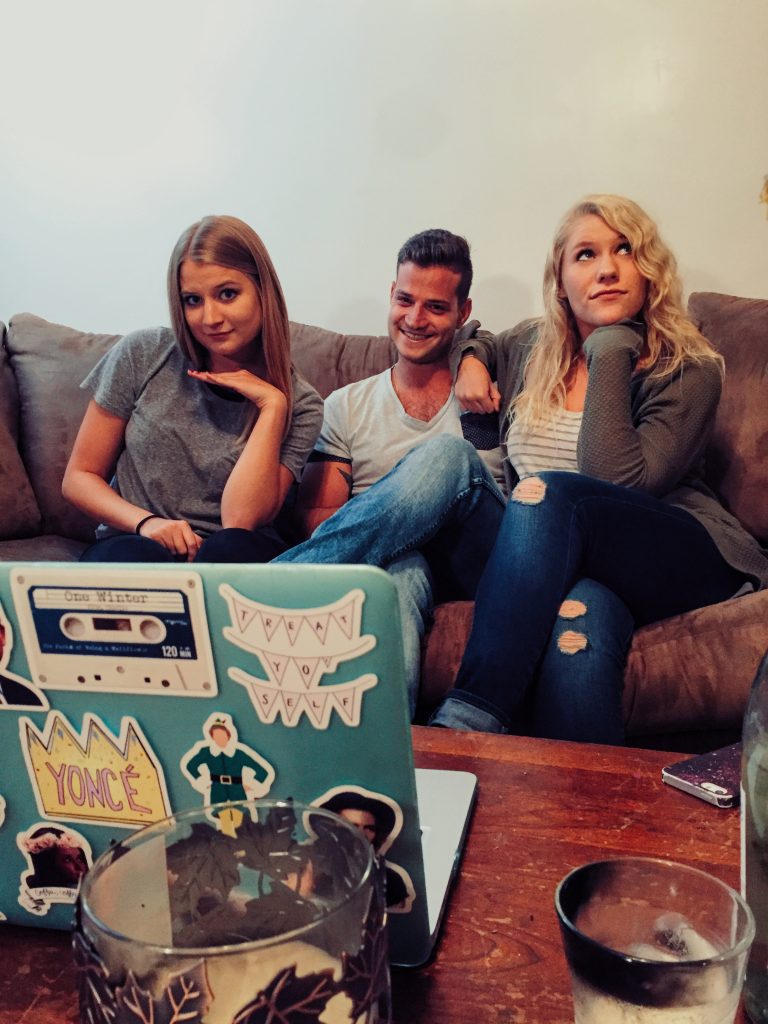 Once Hagani had developed the story he needed help actually writing the dialogue. This is where Jill Webb and Alexa Rockwell come in. He sent them the storyboard at the end of the fall semester with hopes they would write a few scenes of dialogue over the break. Webb and Rockwell had different plans. Hagani remembers, “I got an email back with the whole Google Doc filled with the script, from start to finish, like a 45 page script. Swear to God, tears rolling down my face, cause I just realized it was going to happen.”

So with the help of their friends, the real life inspiration for many of the characters, they had a cast. Now it was time to start filming. 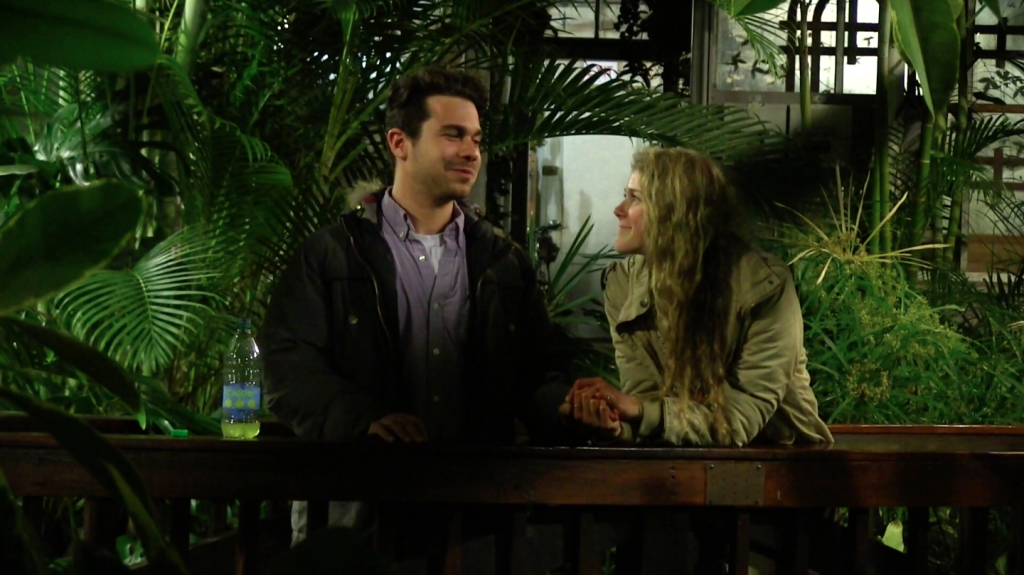 There was no real outlet for the show they wanted to produce, so they decided to just make their own outlet. They rolled their sleeves up, got resourceful, and went to work. Rockwell put is simply, “If you are passionate enough about something, you can do it.”

Initially with the help of UCTV, Hagani, Rockwell and Webb were able to start production on their show “Boys to Men.” 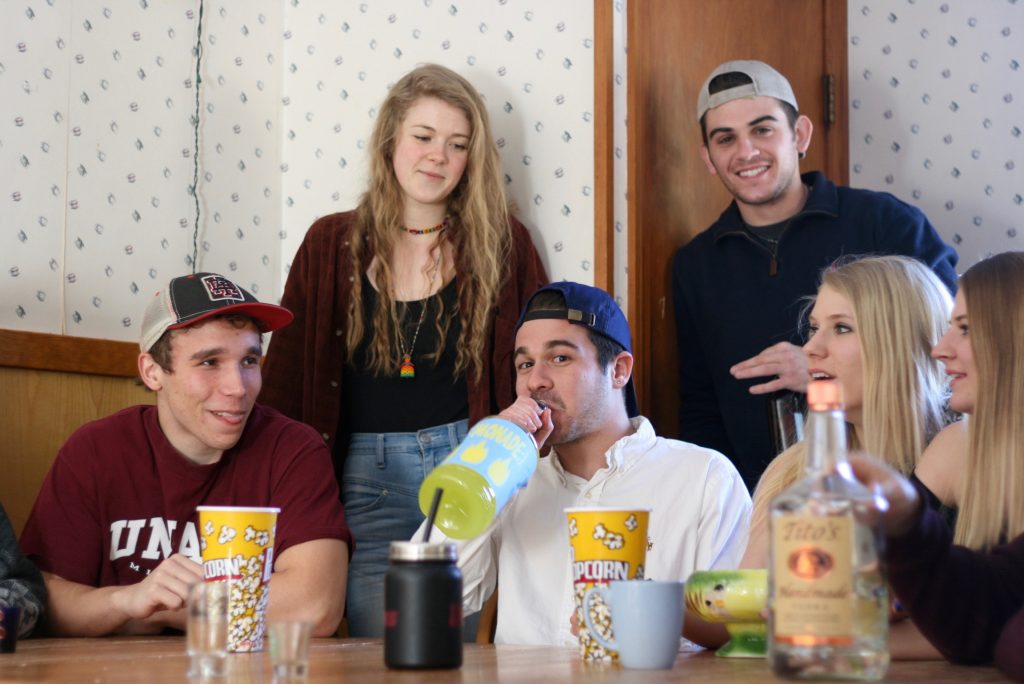 With a script, a cast, and equipment the only thing lacking was experience. Hagani had acted in high school, and Rockwell and Webb had some experience writing. But the cast was made up of their friends, not actors. None of the crew had any experience directing or producing content, let alone a full-fledged television show. To most college freshmen this wouldn’t just be a roadblock, it’d be a dead end.

However, they were determined to succeed in spite of their inexperience Over time everyone’s skills grew together. Everyone was able to build their own unique skills through the experience of collaboration. Webb describes the importance of this: “I think it’s all about taking everyone’s strengths and not trying to have complete control over a scene – because, I’ll see something totally one way and then someone else will say something and I’ll be like ‘wow that’s such a great idea, I would’ve never thought about it.'” 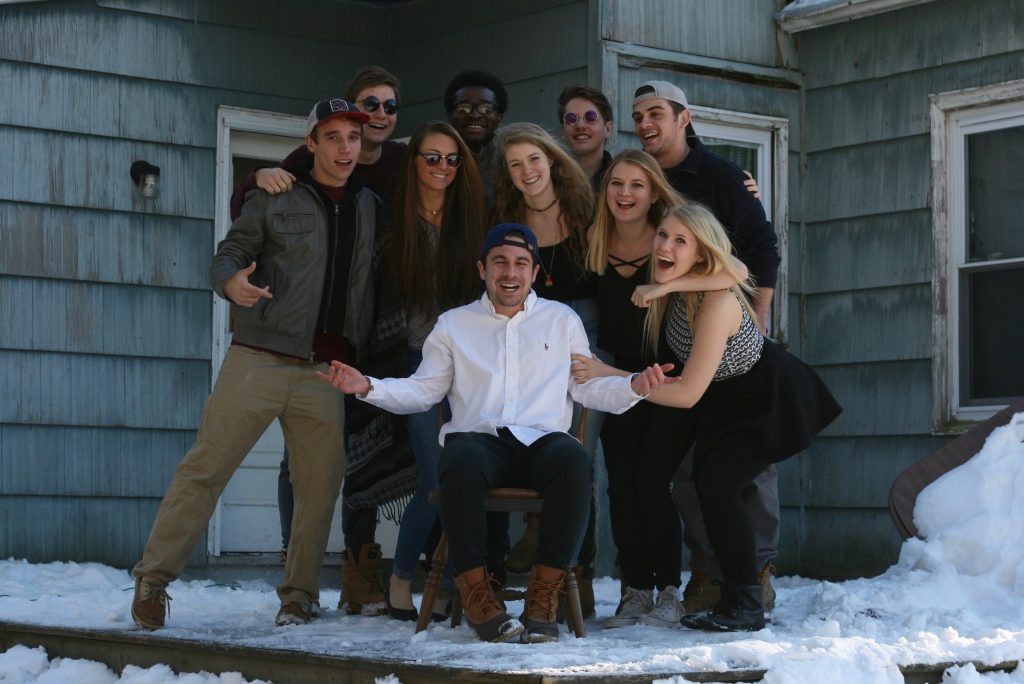 What’s most notable about the cast and crew of ‘Boys to Men,’ aside from the talent and work ethic, is the attitude. The environment on set is very collaborative and encouraging. Most people would be terrified of being on camera, yet on set there are no nerves.

When I visited them on set they were filming a very short exchange of about five lines of dialogue. The scene lasts for about 15 seconds. In the scene Hagani’s character, aptly named Alex, receives advice from another character. The small nugget of wisdom is the character’s first line in the entire series.

It was a small production that day. The two actors, writers, actors, producers and directors, Rockwell and Webb, their cinematographer and me. On a normal set Hagani, Rockwell, and Webb would call the shots and give orders. After all, the three are the writers, directors, producers and stars of the show. They’ve earned the right. But, that wasn’t what I saw on this set. 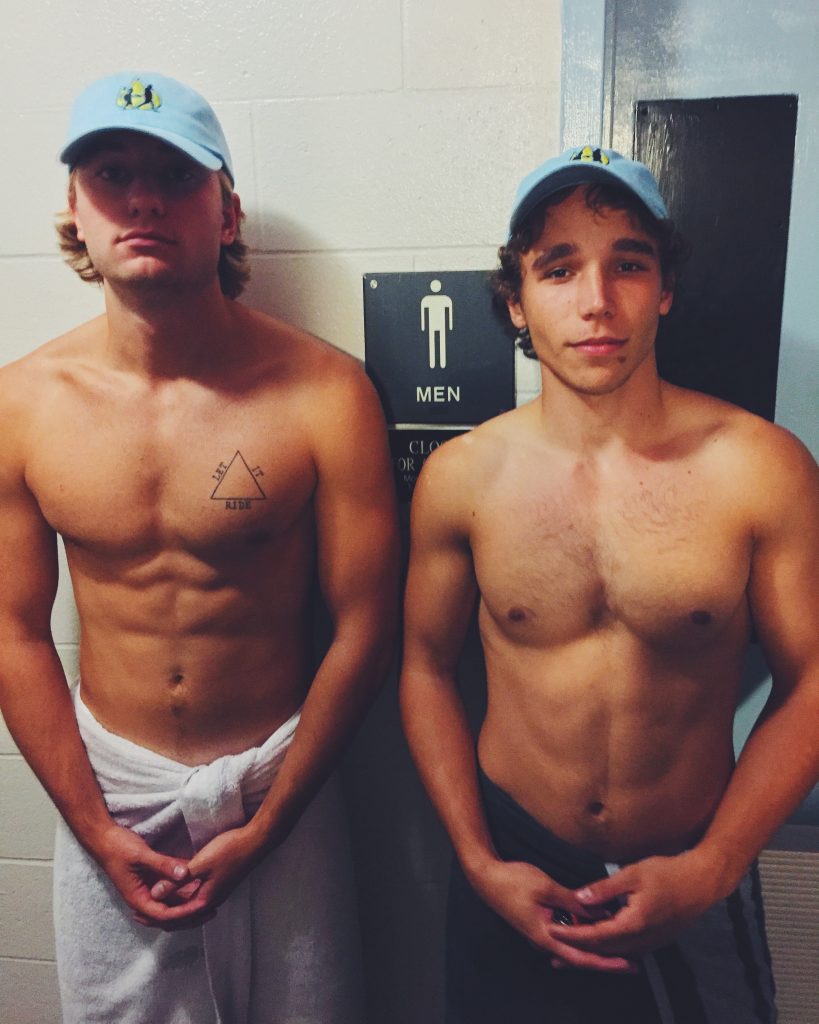 There was full collaboration. While Hagani, Rockwell, and Webb had a vision and were active in all aspects, they were more of a guidance rather than a rule book. The fellow actor was able to have discussions about how to play the scene. The cinematographer, who joined two weeks prior with no video experience, was able to voice his opinion and develop his own ideas.

Collaboration has formed the process and the product of ‘Boys to Men’ since the beginning. Hagani recounts: “Letting up the control over our set or script or the acting or anything and giving it to people that want the collaboration to empower them that has been just the most rewarding experience.” 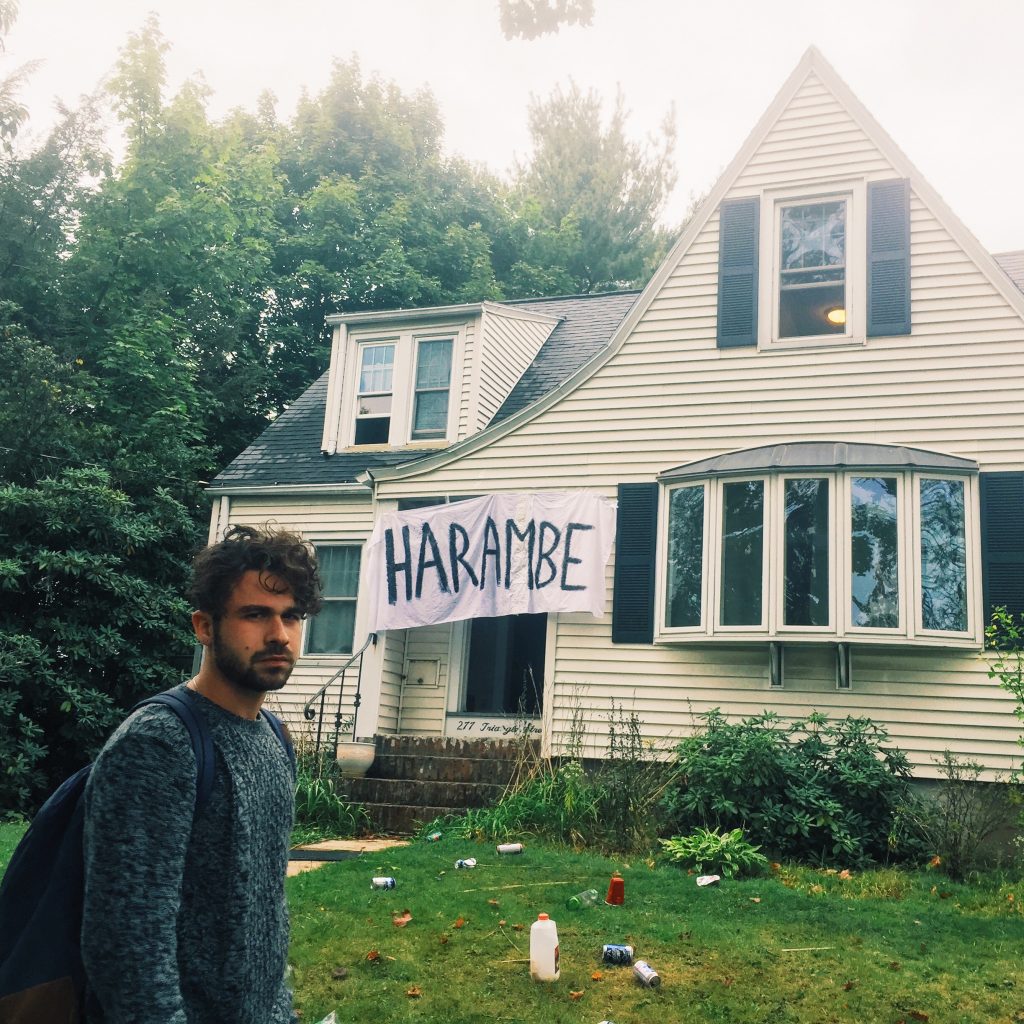