But I’m sure you already knew that

Beautiful Amherst, Massachusetts. Known by some as the number one college town in the country. Others have called it the ‘perfect place to live.’ But can it now be called the city that never sleeps?

According to a new study by Jawbone, the fitness tracking company, UMass is the 29th most sleep deprived college in the country. On average, students sleep only 6.86 hours during the week and 7.08 hours on the weekends. During the week the average student goes to be at 12:40am am and wakes up 8:10am. On the weekends we go to bed at 1:23 am and wake up at 9:09 am.

Apparently we sleep less than students at Yale, Princeton, Brown, Harvard, Stanford, Cambridge, and Oxford, among others. Slackers. 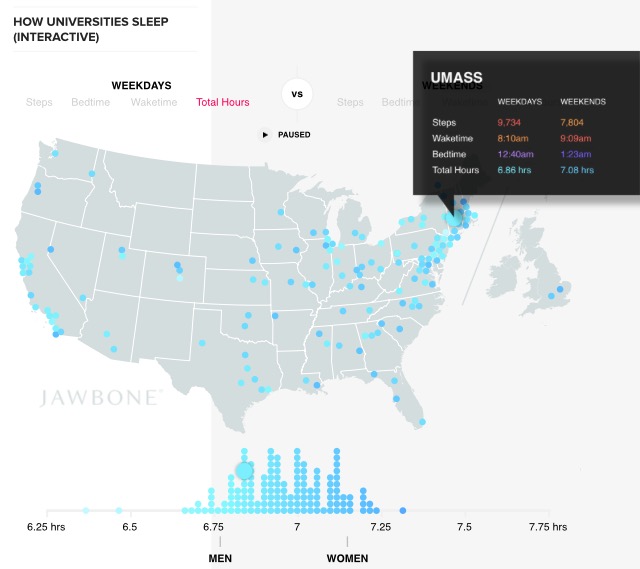 According to Jawbone, “The tougher the school, the later the students go to bed.”