Isenberg is the 33rd best business school according to Bloomberg

According to Bloomberg, Isenberg is the 33rd best undergrad business program in the country, up three spots from last year. Cue the collective eye roll. 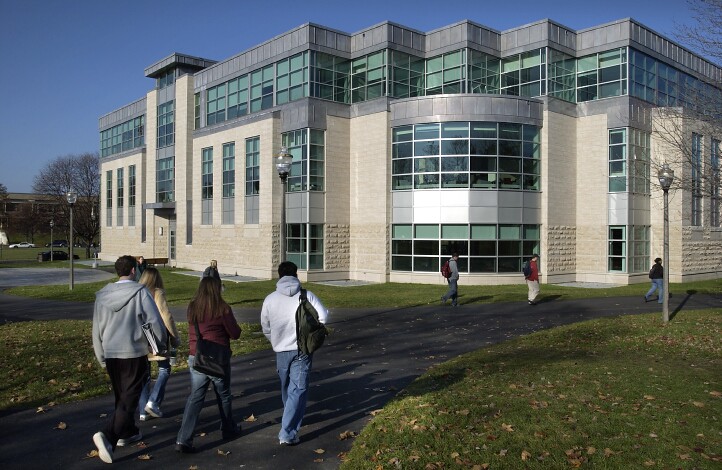 This year’s list used a new formula in order to rank the schools with a “focus on the outcome most students want from B-school: the brightest possible career path.” Cue the collective eye roll. The new formula can be broken down into four categories: employee survey, student survey, starting salary, and internships.

The student survey accounted for 35 percent of the school’s total score. So, I guess that explains the high ranking.

Actually, Isenberg ranked 36th on the student survey and 17th on the employer survey (40 percent of the school’s score).  It’s hard to imagine that people outside of Isenberg love it more than the people who are actually in it.

As a student in Isenberg, I think it’s great that the school is getting national recognition. However, I take this year’s ranking with a grain of salt. The new system caused certain schools to extremely change in both directions. The Boler School of Business at John Carroll University in Ohio moved up 47 spots from 77 to 30. This is mostly due to the number 1 employer survey score, as they ranked 95th in both student survey and salary rank. University of Richmond fell from 16 to 46, and Washington University in St. Louis fell from 5 last year to 25 this year.

The most noticeable jump was by this year’s number one school, Villanova (because apparently they win everything) which moved up 23 spots from last year. Notre Dame and BC rounded out the top three. The highest ranking Ivy was Cornell’s Dyson School at 11.

Overall rankings are pretty irrelevant. I’m sure some schools benefit from academic rankings. Therefore, it is fairly beneficial to current and prospective students that Isenberg and UMass as a university have climbed up national rankings. But, no matter how much it wants to be, Isenberg’s ranking is not the pride and joy of UMass. It’s the dining, and it always will be.