Cuffing Season is here and this is how to survive it

Cuffing season is upon us.  The temperatures have dropped below freezing and making the trek out is impossible. Everyone is having wild dorm drinks and cuffing up the nearest boy so they can still have fun in the cold.

But how are you supposed to cuff up when you aren’t out and about meeting cute boys? I certainly am not willing to brave the cold just for a boy. I mean hello hypothermia?! But there is an alternative to hypothermia: a twilight delight. 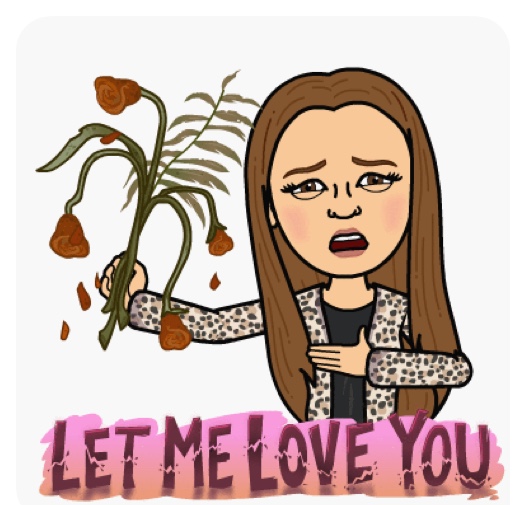 For those who do not know about twilight delight, this is a term I recently coined while in CVS (you can thank Ghirardelli for this one). It is a polite way of saying ‘booty call’. I would dare to even call it feminist.

Personally, I have a problem with the term booty call (mostly because I do not do enough squats) but also because I think that it is demeaning, disrespectful and rude.

As someone who does not take part in booty calls because I find them to be cheap, I still think that everyone can get behind this movement. Call me old fashioned but I like to actually know the boy who texts me at 2am and (call me crazy) I like when they also text me at 2pm too just to say what’s up.

I am not here to slut shame! I have a lot of friends and people I respect who partake in twilight delights. However the term booty call just isn’t cute – it’s not feminine and it certainly isn’t romantic. ‘Twilight Delight,’ on the other hand, is a polite and romantic term that, used in the right way, could make even the most prude of girls smile (smile, but probably won’t seal the deal, that’s still on you).

Booty calls simply need a rebranding. Like why can’t my gal pals text a boy and not say the word booty? It wasn’t until I came across the term twilight delight that it sounded much more pleasant.  It is twilight and you are a fucking delight! It is literally perfect for all parties involved.

Also it is gender neutral, so great for anyone AND everyone. I honestly am very proud of this. 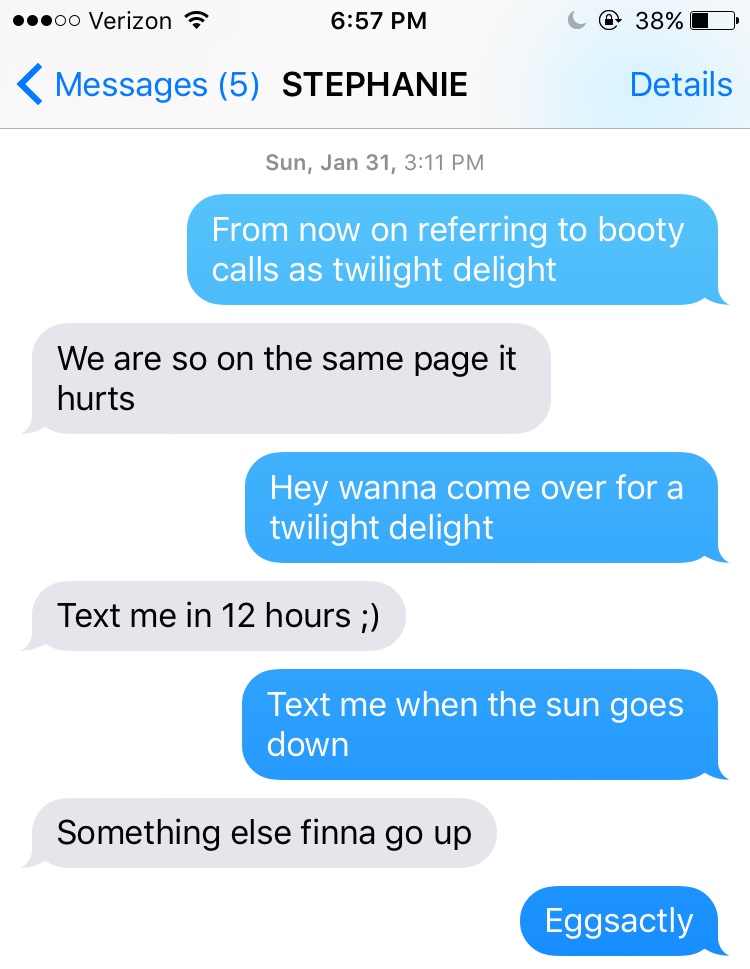 Out with, the “you tryna chill?”, “the netflix and chill?” and the 2am “wyd?” Who has the time to go back and forth like that I mean it is already 2:30am for christ’s sake, the least you could do is be romantic.

However it wasn’t until this weekend when I jokingly started using it that nobody really knew what I was talking about.

So I am writing this article to announce to the world that the term Twilight Delight has arrived and brought with it a new wave of feminism. 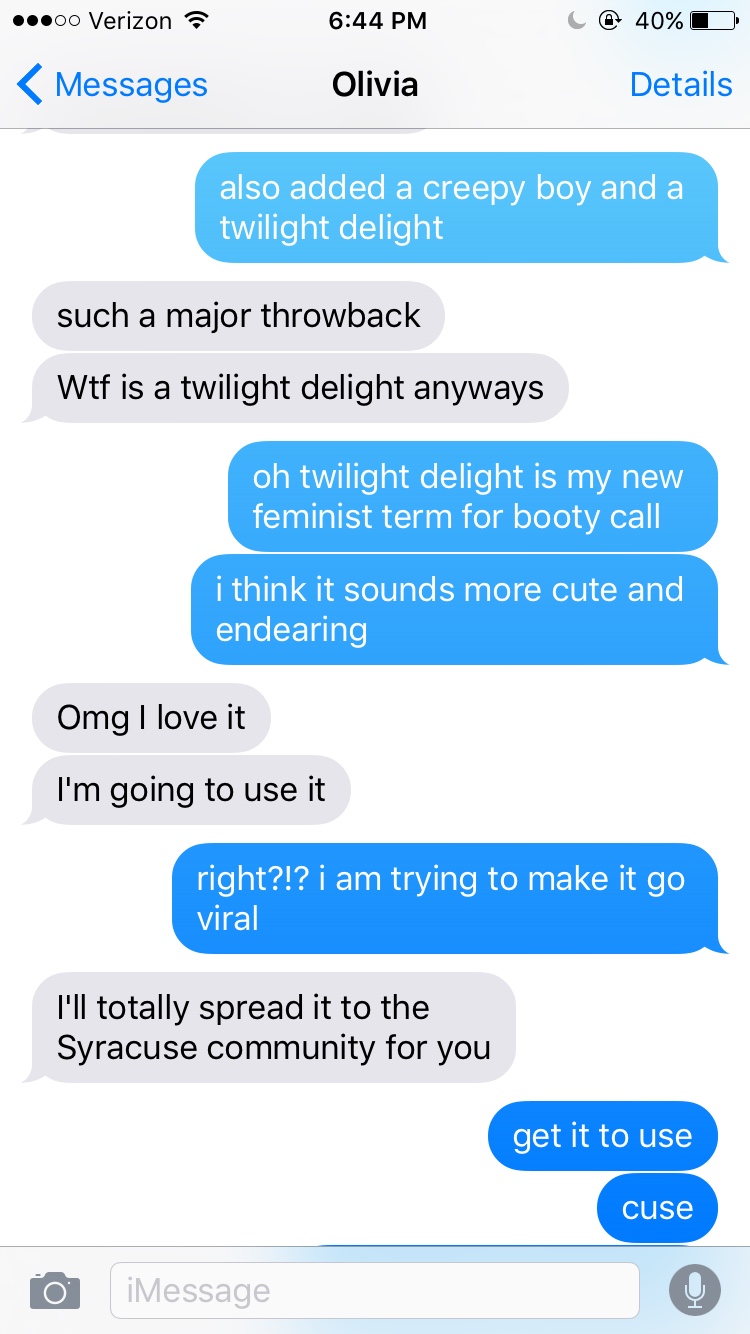 I am not saying this is noble prize worthy, but maybe it’ll score me an invite to Cosmo’s Ultimate Women Awards? I’m not asking for much just a little respect for all my gal pals out there.

So this weekend when you are bummed because you are alone, just remember you can be a feminist and still get laid!