Meet UGA’s Zack Leitz, the sophomore behind The Backpack Project

‘Homelessness is a major problem in Athens-Clarke County’

If you live in Athens-Clarke County, you have undoubtedly been exposed to the astounding amount of homelessness and poverty that plagues the area. But UGA student Zack Leitz decided to make a difference.

Zack, along with his dedicated staff, works tirelessly to help those in need by providing backpacks to the homeless people who live in Atlanta and Athens-Clarke County. They do this through The Backpack Project.

The Tab UGA spoke with Zack about the project, his favorite memories and how students can get involved. 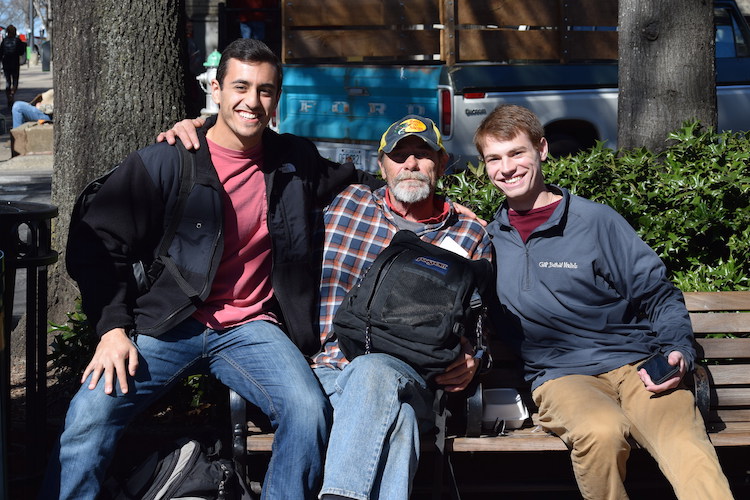 The Backpack Project is a nonprofit organization based here in Athens. Our goal is to help the homeless here in Athens and in Atlanta. What we do is we make backpacks full of food, clothes and toiletries for $20 or less that include more than 40 items. The other side of the organization is hand delivering each backpack that we make.

One of the core tenants of the organization is to establish personal relationships to the people that we serve. We are a professional, nonprofit organization run entirely by students of the University of Georgia. That’s who we are and that’s what we do. 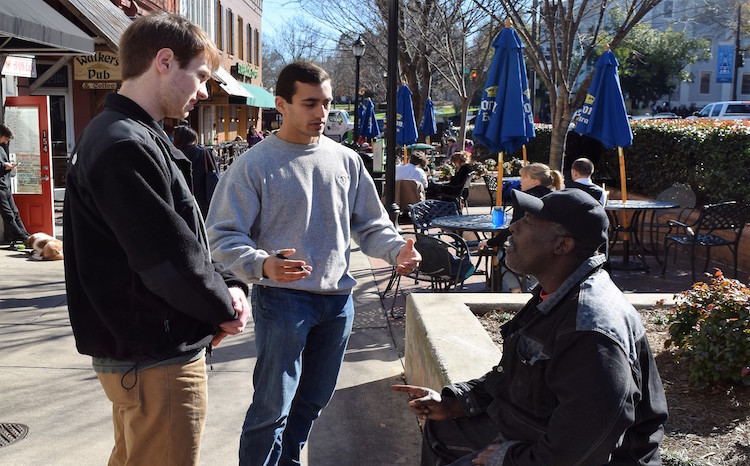 What made you decide to start this organization?

Homelessness has always been something that I have been passionate about. However, I hadn’t really been able to find a way to help because you can give someone money, but you don’t know how they’re going to spend it. And you can give them food, which is fantastic, but that’s very finite and doesn’t last very long. When I got the idea for the backpacks, it was the first thing that seemed like it would have a helpful and meaningful impact. 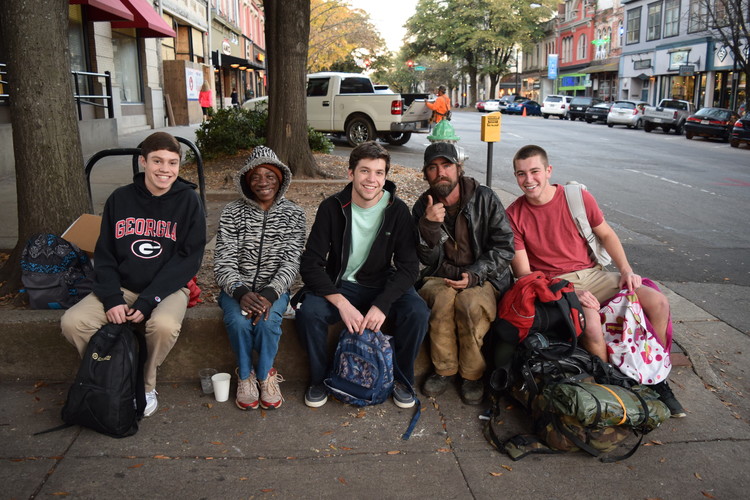 Did you know from the beginning how successful this organization would be?

I certainly did not. It’s funny that you ask now because we are coming up on our one-year anniversary and I can only tell you that I did not know that this was going to be the case. We find ourselves now, with the level of success that we’ve had, and it’s incredible.

What made you initially want to be a part of this form of service?

When I first started on April 4th, 2015, I didn’t start it off as a nonprofit right away. When it began, I made the first set of 20 backpacks when I went home to Atlanta one weekend with my family and brought the backpacks back up when I came back to Athens.

Sometime that week, I distributed them in downtown Athens and was really moved by the experience and saw how much potential it had. Then I had to ask myself if I wanted to keep it as a weekend project or go the full nine yards and make it a nonprofit. Homelessness has always been something that I have been passionate about and I would classify this experience by saying that everything happens for a reason. 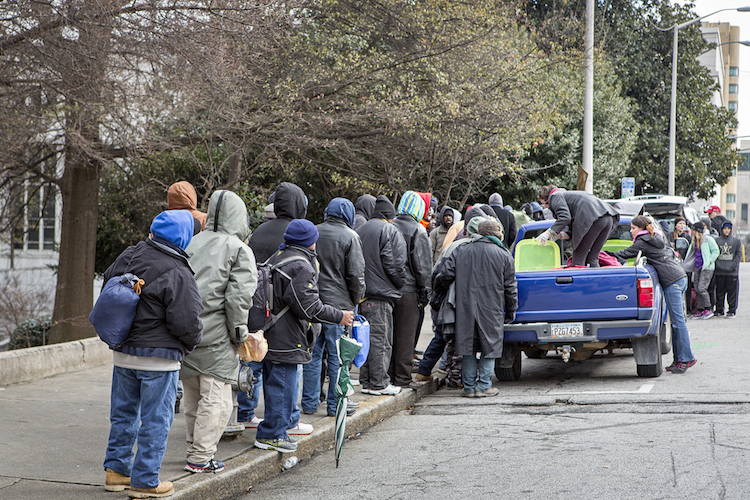 I grew up in Dunwoody, a suburb of Atlanta, and of course I had witnessed homelessness before. But when I moved to Athens in order to attend the University of Georgia, I was bombarded by the rampant homelessness. You can’t go to downtown Athens during the day or night without being faced with the homelessness that is chronic in the city.

Most people are aware that Athens-Clarke County is one of the poorest counties in the entire nation and I think that being faced with it so much, living in Athens, compounded with the fact that it is something that touches me so personally is what drove me to be involved. 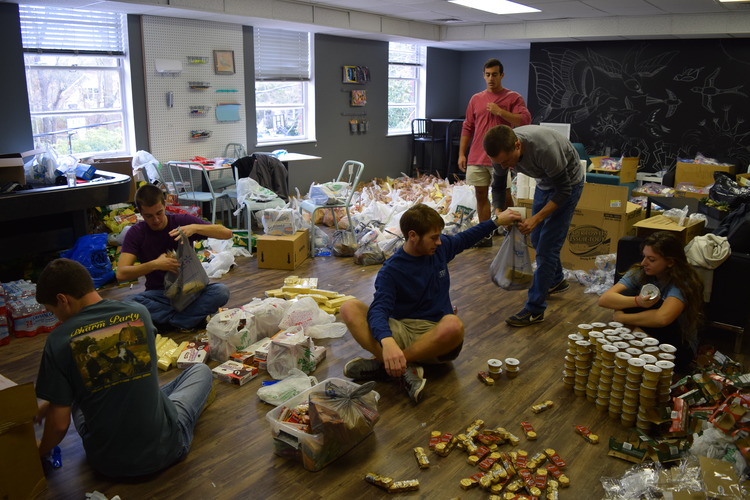 What’s one of the best memories with working with this organization so far?

There are several specific stories that come to mind, but one is particular is a story from the first time I ever distributed backpacks. There is a man – his name is Tony – and we have run into him many times distributing backpacks and at our programs. He is an amazing man, a selfless man as an individual, and is just a very compassionate person. 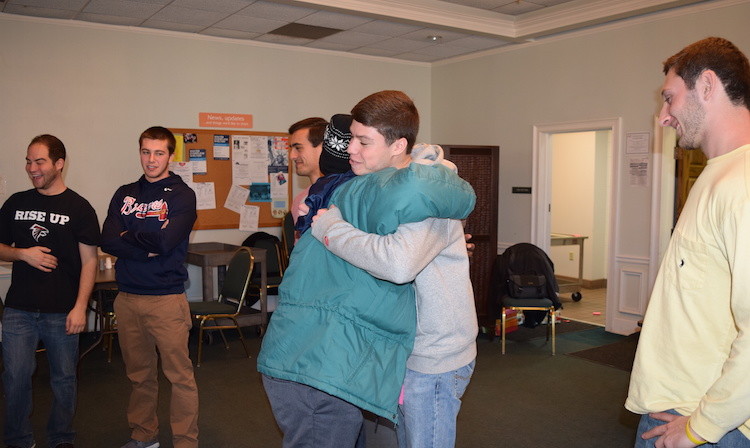 The story that made him stick in my mind was when we were distributing the first round of 20 backpacks and we went up to him, introduced ourselves and told him that we were giving out backpacks with a variety of different items. And so we gave him a backpack and asked him his name, chatted for a few minutes and then we moved on.

We gave out the rest of the backpacks that we had at the time and started walking back to the car to refill and get another load of backpacks. When we were walking back from the car, we passed by Tony again. He came up to us and told us that he thought that the backpack we gave him was a miracle from God because he had had all of his belongings stolen from him the night before and that the backpack that we gave him replaced the majority of what had been stolen. And so, right from the get-go on the very first day, was one of the most touching experiences that I’ve had, even still to date. 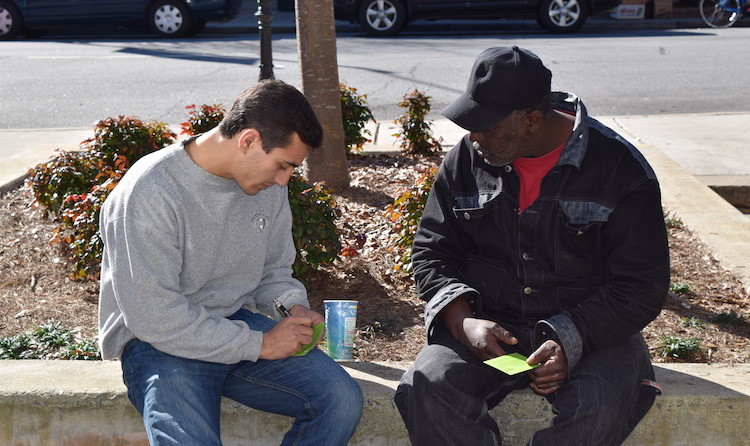 Is there anything else that you would like to say about The Backpack Project?

You can find more information on The Backpack Project on our website. But, I would like to mention the amazing staff of this organization: Zack Fram, Doenya Eghtesadi, Justin Guld, Nick Futrell, Ethan Sterling, Zack Ruth, Josh Seiden, Dana Gordon and Miko Ramljak.