Obviously ‘Burnin’ Up’ is included

Bel Air has been evacuated, all UCLA students are probably going to become honorary graduates from the University burning down, and the air quality is so bad that classes have been cancelled for the rest of the day here at UCSB. 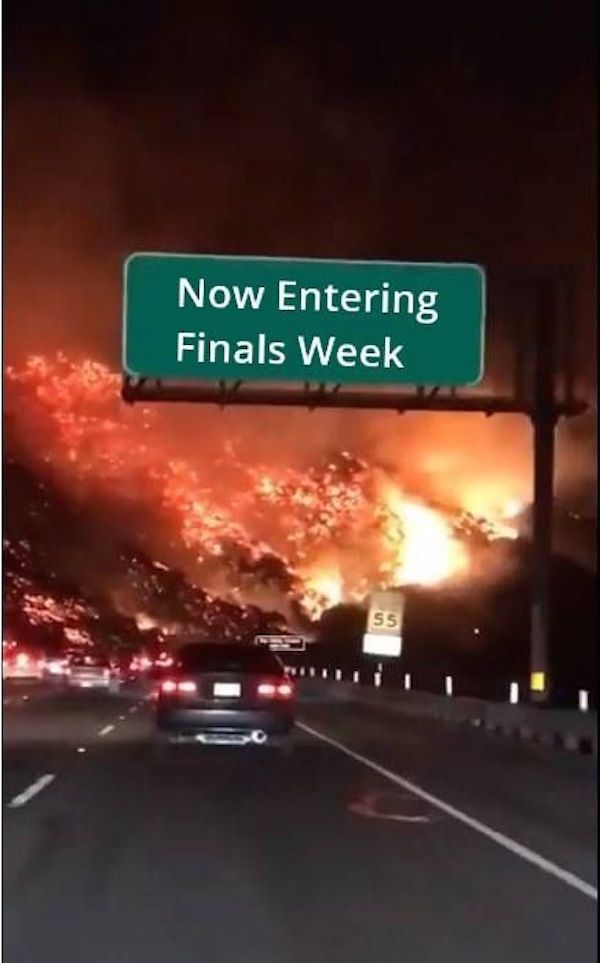 So yeah, you could say the Southern California Apocalypse is going rather well!

Since I know there's no way you're studying for finals when you were just given the day off, here is a fire playlist to jam to while you throw that lit party and burn your lungs out while the rest of your responsibilities quite literally go up in smoke.

If you don't have a Spotify account there's literally nothing I can do to help you survive this hell.