‘Coming to UCSB made me take my music more seriously’

Much like Nick Carraway in F Scott Fitzgerald’s The Great Gatsby, I am only the storyteller. But, unlike Gatsby from the novel, Alex Payne from Antioch, CA has dedicated himself to music and film.

Gatsby and I first met in Isla Vista the fall of 2016. I went over to my neighbor’s while they were working on their collaboration track “Soul (prod. by Gab)”. Since then, I knew this dude had potential to become something great. What stood out to me the most was his melodious vocals. But as I watched him lie his verses down on the mic, I couldn’t help but feel that he was trying to do too much. “Why are you altering your voice so much? You don’t need to!”, I remember thinking.

Fast forward a year and our paths crossed again. But this time he’s got a mixtape, Still Lit, under his belt that solidifies the greatness I saw in him back then.

He’s learned to embrace and cultivate his voice which has only taken his sound to a whole new level.

When did your passion for music begin?

I’ve been passionate about music since I was a child. But, I was never really encouraged by family. In fact, my great-grandmother once tried to slam a piano lid down on my fingers.

As discouraging as that was, he didn’t let it stop him. Gatsby picked up guitar around the age of nine. Around that same time, he was introduced to Gene Simmons, Carlos Santana and Jimi Hendrix. Rock and roll, blues, soul and heavy metal were all he heard at first. However, both his dad and step-dad were DJs so he was constantly surrounded by hip-hop. His introduction to hip-hop/rap included artists like Tupac, Nas, and Eminem. 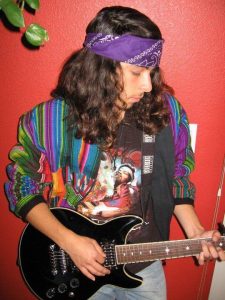 High school was a turning point in Gatsby’s music career. He went from playing in rock and roll bands to experimenting with freestyle rap.

But it wasn’t until I came to UCSB that I started taking music more seriously.

How would you describe your sound?

‘A unique Californian Vibe’ are the four words that characterize my music. I’ve lived in the Bay Area, Santa Barbara and Los Angeles where my music has gotten much of its influence from by interacting with local artists.

What is your process of creating a song? What is most challenging about said process?

Practicing singing so much made me focus on tonality while rapping geared me towards vocabulary and wordplay. When you combine both of those aspects of music you create melodies that people have probably never heard before.

When you play instruments you get more used to the notes; the actual sound. Thus, singing and playing instruments helped me develop a ‘vibe’ in my music. Although I sometimes sit on a beat, I try to write lyrics and even record a track right away because that’s when the magic happens. 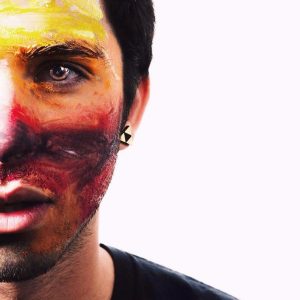 I definitely agree with Gatsby here. A lot of times it’s difficult, if not impossible, to go back to the feel of a particular moment so it’s crucial to deliver the feeling as you’re experiencing it.

The most challenging part to creating a song is knowing what your message is and why you’re saying it. You have to make sure it’s important enough to be heard. ‘Does it deserve or need to be heard, or is it just for fun?’

What would you say took you from your sound about a year ago in “Soul” to your sound now in Still Lit?

Working with other people who had similar mindsets and goals motivated me to find my groove. But working on my own, for the most part, is what allowed me to find what I really wanted to tell and sound like in my music.

UCSB gave Gatsby a taste of independence in his personal life which, in turn, reflected in his music.

It is said that ‘you are the average of the five people you surround yourself with the most.’ So when you surround yourself with people who want you to succeed, you’re gonna be motivated. I talk about this in “The Great” when I say, ‘you should triangles of grind | that leaves the squares all behind | around my circle you’ll find | the light from the stars that shine | the five crystals of mine | uplifting mystical minds’

Which project are you most proud of? What do you hope your listeners get out of your music?

Yo, pay attention because there’s a lot of stuff going on in this world that we’re not really recognizing.

Still Lit is my best project out and it’s free so people don’t have to steal it. I consider Track #1, “The Great”, my general state of being. If I were to drop dead tomorrow that’s the song I’d choose for people to rememeber me by, more than anything. When poeple hear it, it should motivate them to do something in life.

It’s a great thing when a music project gets your attention. It’s amazing when it keeps you bopping your head from the first track to the last. I’ve probably heard Gatsby’s debut tape a dozen times but it’s still lit. My favorite tracks have to be track #4, “Duchess” and #5, “Suave“.

Listen to more of Gatsby and other hip-hop artists in the Hip Hop Chronicles.