They Call It ‘Fasting For Love’

UCSB students and their professor are participating in a two-day fast on campus.

“Fasting for Love” is a project from Chicana/o Studies 169: Religion & Social Movements, in collaboration with other groups on campus, and including all students, faculty, and staff who wish to participate in solidarity. This demonstration is an effort to highlight various issues on local, national, and international levels to inspire action from those who hunger for justice. Love is radical, revolutionary, intoxicating, inspiring, and real. It is sometimes ridiculed, mocked, and scorned, and is absent today on a macro and micro scale. We don’t love those on the margins–women, people of color, queer people, people with disabilities, homeless people, workers, immigrants, and more. We are living in a time of hate, division, tension, and terror.

Since when did love become ridiculous and silly? Why can’t we love recklessly, foolishly, and fully? For centuries people have fasted or refrained from eating certain foods or doing various activities for personal and social transformation. Driven by their appetite for justice, and in efforts to change themselves and the world, some hunger strikers have met the ultimate sacrifice. What animates these so called bleeding hearts?  Love… one so immense that it moves them to choose to die (or come to the verge of dying) so that others might live.

We are frightened by the level of hate today, but we believe that we can change the world through our bodies and daily actions. We call for a world based on love, empathy, and harmony. We will thus be fasting not only from food but also fear, doubt, negativity, anxiety, and all that which prevents us from fully embracing love. The fast is not about co-opting other faiths or traditions, we are trying to fill ourselves with love rather than food. We do this not so much in protest but in hopes that our actions will have a ripple effect and impact people’s hearts inspiring them to take action for what they hunger for. 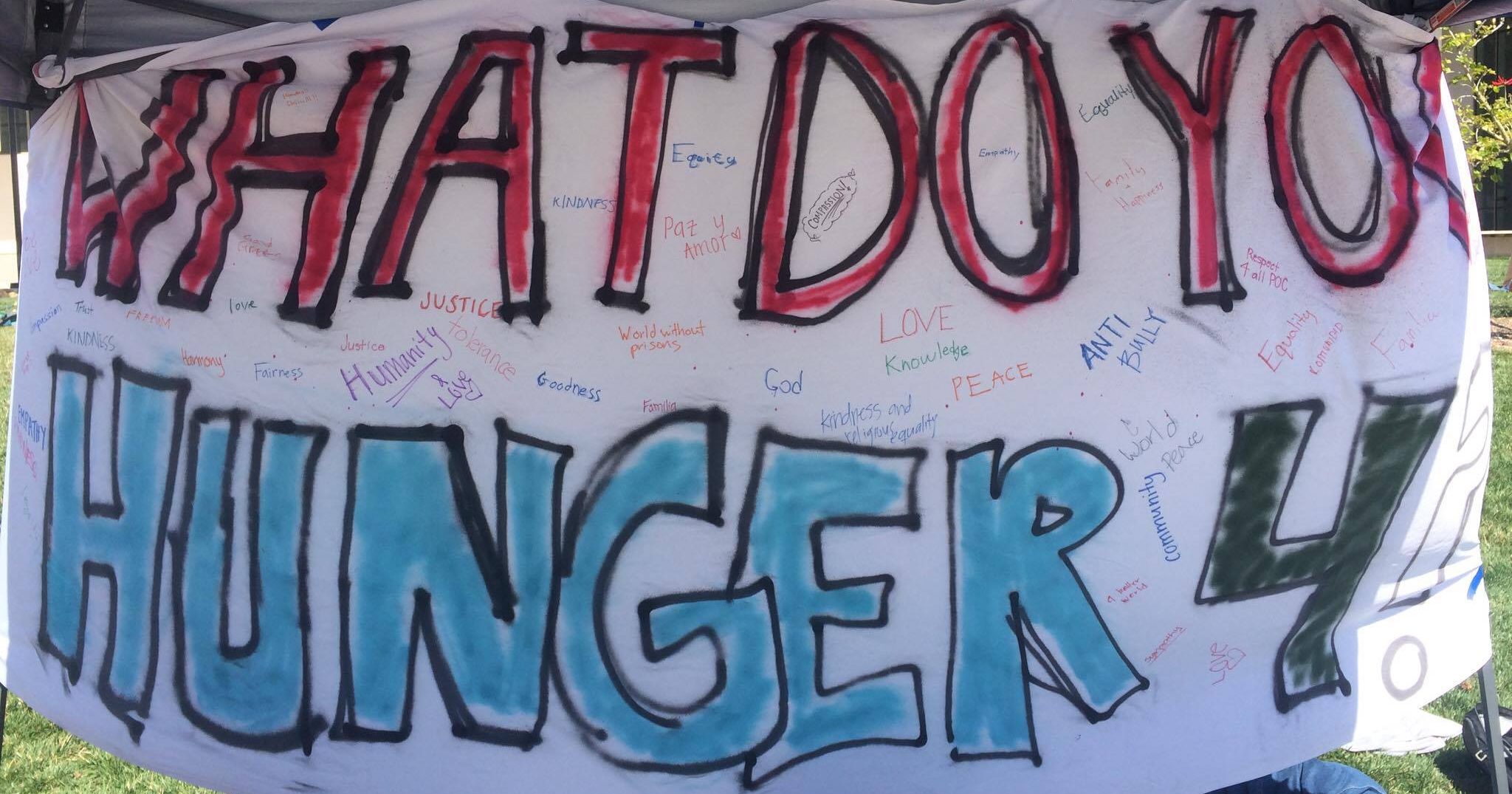