What exactly is going on with the UCSB bathrooms?

Urine for a surprise

In 2014, the UC system took a progressive step when requiring all single stall restrooms to be converted into gender neutral bathrooms.

The law states that, “All single-user toilet facilities in any business establishment, place of public accommodation, or state or local government agency shall be identified as all-gender toilet facilities by signage that complies with Title 24 of the California Code of Regulations,” with single stall defined as, “a toilet facility with no more than one water closet and one urinal with a locking mechanism controlled by the user.”

So what exactly is UCSB doing to the mens restrooms in the library?

To clarify:  UCSB is currently converting multiple mens restrooms that are not single stall restrooms into gender neutral restrooms while leaving their female counterparts untouched.

The icing on the cake?  The removal of every urinal in the “gender neutral” restrooms.

Now, I am all for gender neutral restrooms.  I do not care who pees in the stall next to me.  We can hold hands under the stall and sing Kumbaya, as long as you have used hand sanitizer first.

However, the university really did not think this through when they removed the urinals, and because of this there will be consequences for everyone.

For starters, the removed urinals are brand new waterless urinals that each save over 40,000 gallons of water a year.  By removing them, our supposed “eco friendly” university is forcing everyone to use a flushing toilet just to pee, which creates a significant amount of water waste.  This is especially silly considering Santa Barbara is still referred to as a drought inflicted area.

As if the environmental impacts was not enough, talk about a waste of tuition money.  Each waterless urinal costs over $1,000 for purchase and installation, and now the university has to pay someone to remove them. 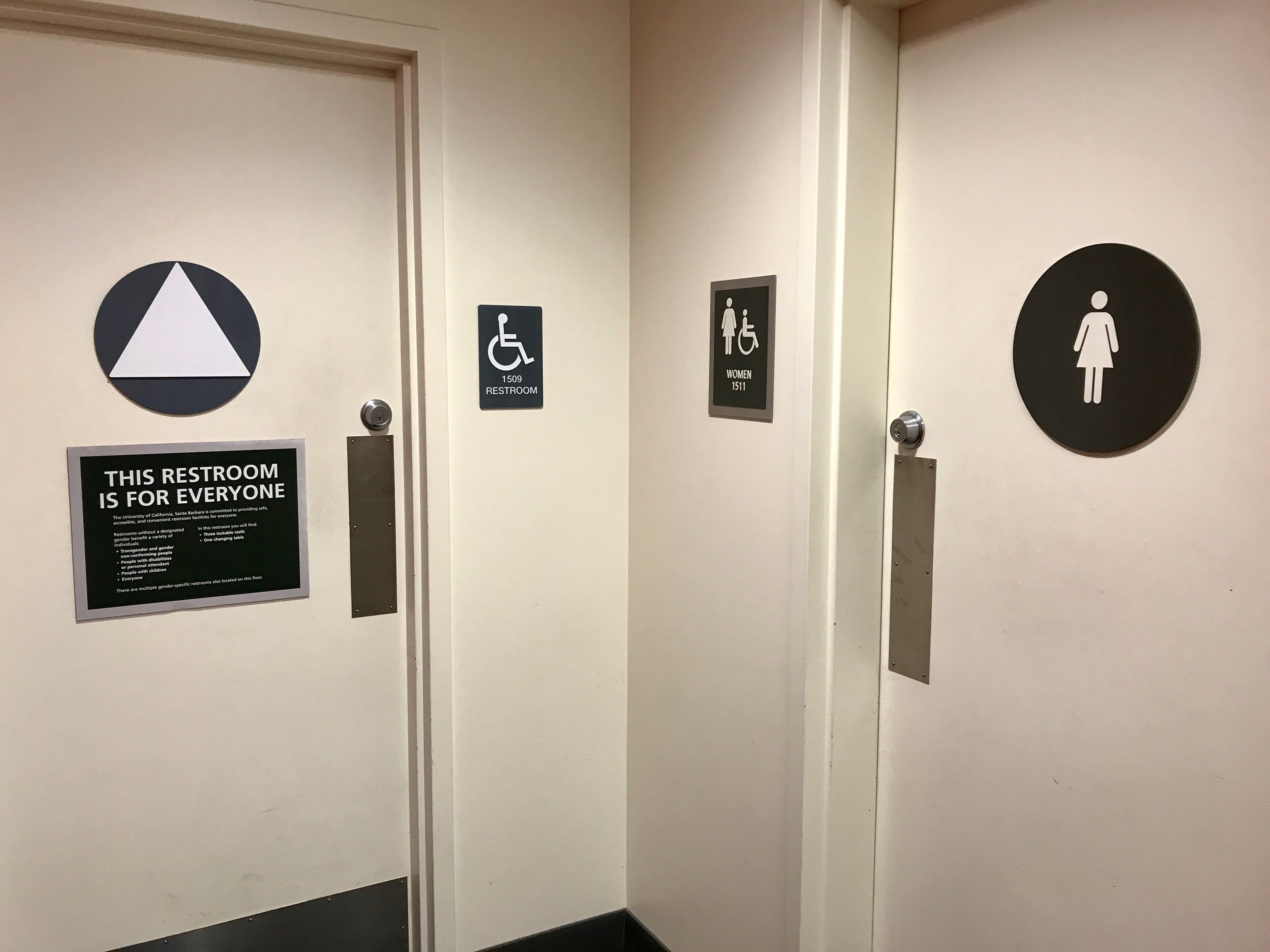 Furthermore, did they not think about how long the lines are going to get when every single person has to use a stall?  Women’s restroom lines are long enough as they are, and now we are going to add everyone else to the mix and remove the fastest way for half of the population to use the restroom?  I am in the library to study, I don’t have time for your lines.

This is going to be a chain reaction of unsanitary practices.  Because of the lack of urinals, those who stands to pee and have crappy aim pees on the toilet seats.  Everyone who needs to sit to pee does the disastrous toilet squat which just creates a bigger mess because lets face it, those who sit to pee have worse aim then those who stand.  And what about people who have periods?  There is enough going on in my life without having to find a now unattainably clean toilet seat.

Read the above.  Now think of the janitors.

If they want to make gender neutral bathrooms, why are they only converting the men’s?   Why not keep the urinals in what used to be the mens bathroom, add a urinal to  a women’s bathroom, and then make them all gender neutral?  Why are we wasting perfectly good urinals that the university dropped thousands of dollars on?  Whose backwards logic is this and whose idea was it to put them in charge?