After rumors last year that Giovanni’s was closing it’s doors, UCSB students were distraught and the lines were out the door and around the block in order to get that final slice.

However attitudes have changed since a UCSB student alleges he was denied service, in what he claims was an incident of racism, causing students and organizations to call for a boycott with the hashtag #BoycottGios.

According to the original Facebook postt by Oscar Uriel Zarate: “Last night, I showed my Mexican issued government ID to the Gio’s Manager to acquire a cup for beer. She questioned my ID and requested further documentation, specifically a passport. It wasn’t until I showed her my CA ID which was TWO years expired that she finally gave me a cup. Minutes later my friend showed his German national ID to acquire a cup, which wasn’t even in English, and she gave it to him with no questions asked.”

Zarate continues, claiming Giovanni’s elevated the incident with his friend, who, “showed her EAD card (which is an ID given by the FEDERAL government to undocumented immigrants who qualify for DACA) and she was given the same discriminatory treatment and denied a cup.”

The post then details how an intoxicated white male allegedly “engaged aggressively with my friend’s partner and shoved him out of the way stating, “hey get the fuck outta the way, she (the manager) told you no.”

Zarate writes, “This lack of support from my fellow students broke my spirit because at that very moment I felt like I did not belong in this community. Everyone saw this unjust treatment but no one did anything or had our back.

“We weren’t starting anything. We weren’t the ones who actually physically threatened another individual. But we were the ones kicked out. The anger I feel is indescribable. This is something we cannot and must not stand for in our community. I ask everyone to join us in solidarity and boycott Gio’s.”

The manager of Giovanni’s says, “This is a matter relative to proper identification to be served alcohol. This is not a racist incident.

“This has nothing to do with being racist.  I am part Mexican and have a diverse work force.”

The incident has gained attraction on Facebook, with students and community members boycotting Giovanni’s and leaving negative reviews, causing their Facebook reviews to fall to 2.3 stars, almost two stars less than their original rating. 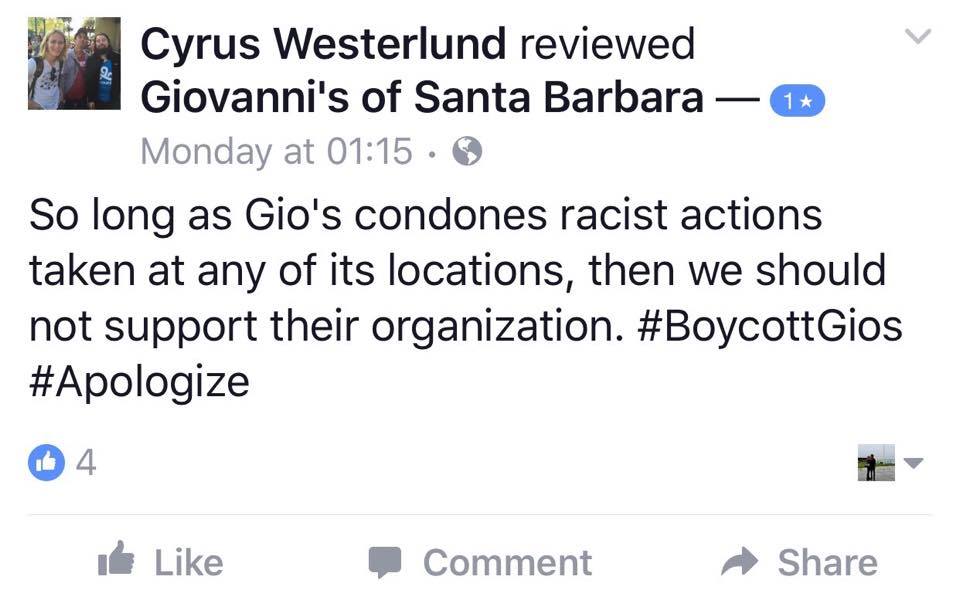 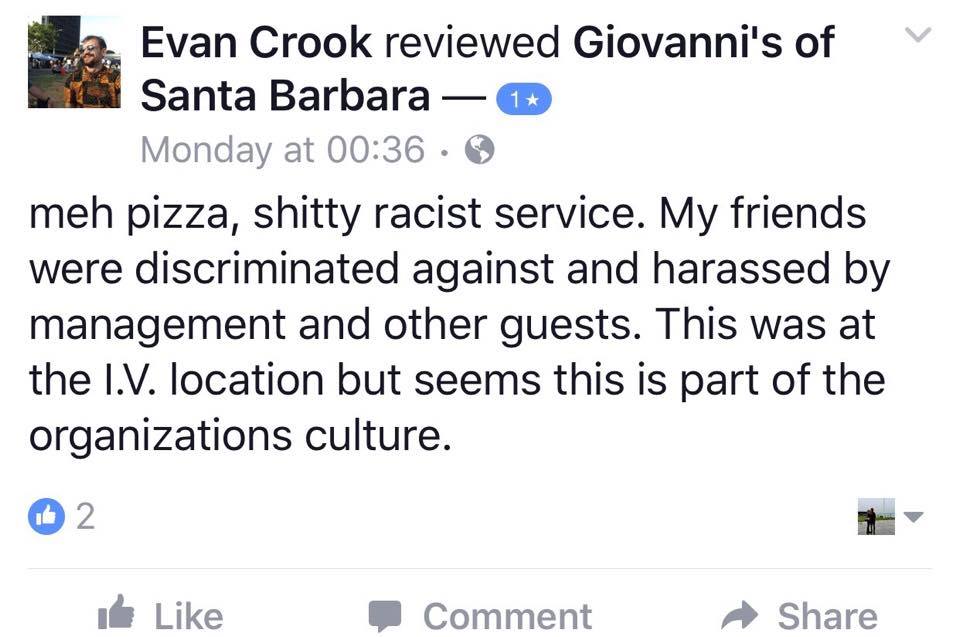 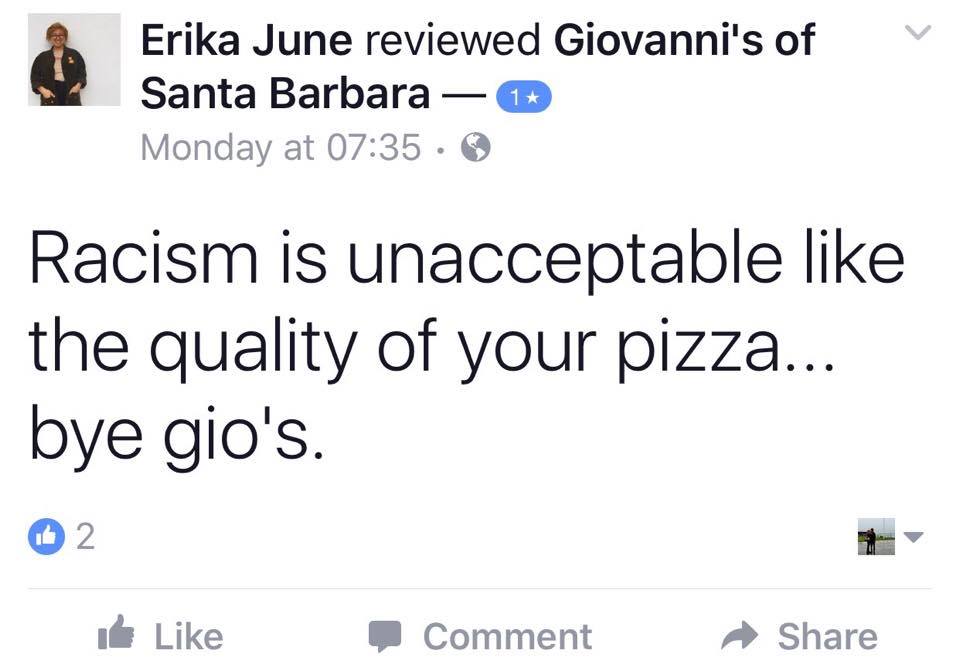 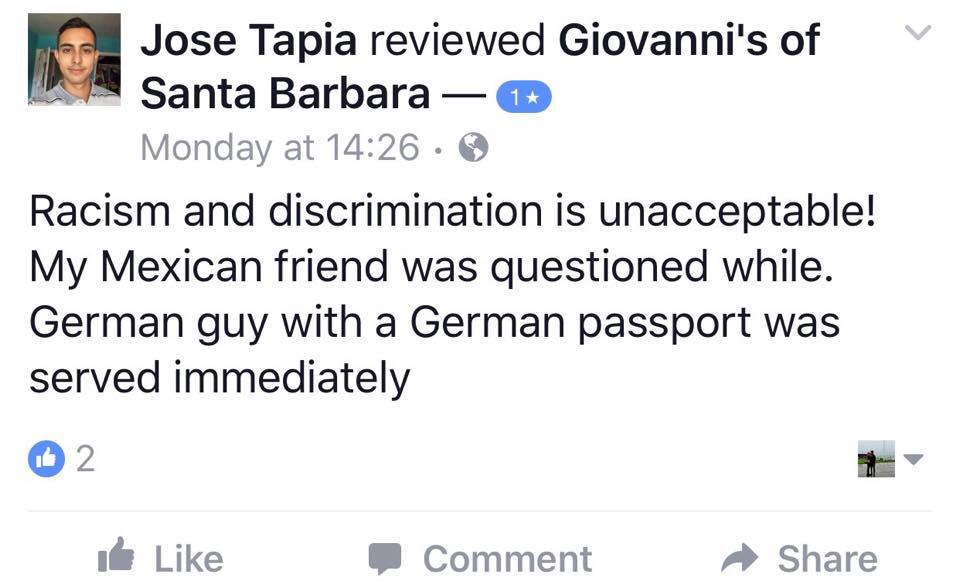 They said: “The UCSB Campus Democrats have been a loyal customer to Giovanni’s pizza in the past, as we purchase your pizza for our weekly meetings. Our organization will be taking our business to another local pizzeria unless and until Giovanni’s offers a formal apology to the affected students, and changes their racist and arbitrary ID policies. We hope that Giovanni’s Pizza understands the gravity of the actions of their employees, and responds promptly and appropriately.”