The wall is part of the Boycott, Divestment, Sanction (BDS) protest

A Snapchat video has emerged of a member of the Students for Justice in Palestine at UCSB admitting to the use of a fake quote on their “Occupation Wall.”

The wall, situated just a stone’s throw away from the library, is part of the Students for Justice in Palestine and UCSB Divest’s protest against university investments in the Occupied Palestinian Territories.

The wall is decorated with quotes, facts and other bits of information about the controversial Israel-Palestine conflict. However, one particular quote caught the attention of a Gaucho. 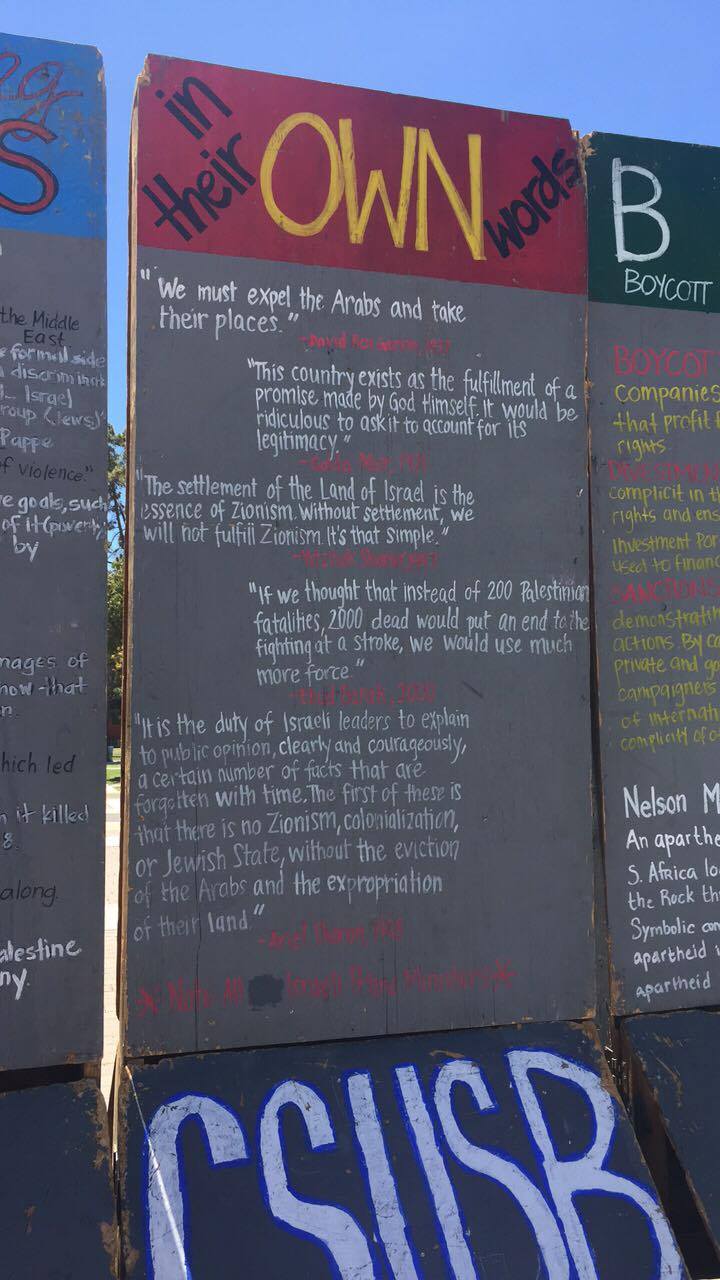 At the top of one panel, it reads: “We must expel the Arabs and take their places.” This quote is attributed to David Ben Gurion, Israel’s first Prime Minister.

The actual quote, lifted from a 1937 handwritten letter, said: “We do not want to and we do not have to expel Arabs and take their place.”

Noticing the error, a concerned Gaucho approached a member of the Students for Justice in Palestine who was standing by the wall. She conceded that the quote was inaccurate.

In the video, the student can be seen telling a small crowd that the panel will either be painted over or removed entirely by tomorrow.

The Tab UCSB has reached out to UCSB Divest for comment multiple times.