The UCSB Police Department is under scrutiny by students after an officer tackled a UCSB student, Erin Morgan, off her skateboard while she was illegally skateboarding through the Arbor.

The incident happened to the fourth year zoology major, who’s graduating in June, on Monday, February 27 at 3:22pm and has since been widely debated on Facebook.

We spoke to Erin and first year eye-witness Jonah Catalon who filmed the event.

Erin said: “I was skating through the Arbor and was stopped by the UCPD.  The officer told me to wait because he was citing another skateboarder.”

Jonah confirmed: “The girl [Morgan] gets up, gets on her skateboard, and started to skate away while both officers yelled at her to stop… She ignored the officer orders to stop and so they grabbed her backpack and pulled her off her skateboard.”

“The first officer pulled Morgan off of her skateboard by her backpack while the other officer went in for the backup.  They then forced her hands behind her back in a cuffed position, and then slammed her on the ground with some pretty unnecessary force.”

Once she was one the ground, “the officer hit her with his chest and used his entire body weight to keep her down.”

This is confirmed by Erin who told us she has “cuts and bruises” from the incident.

“The officer sat on top of me and the other officer helped him cuff me.”

According to Erin, “myself and my backpack were searched, and they took my banana.”  Morgan was not released from the Santa Barbara County Jail until Tuesday, February 28 at 1:20am on a $2500 with the charges of resisting arrest and battery on a police officer.

Erin was upset following the rough response of the police.

She told The Tab: “I am deeply concerned about the lack of respect for my body. The speed at which the officer resorted to physical violence was appalling.”

In a statement released to us by Sergeant Robert Romero of UCSBPD, Sergeant Romero justified the officers actions by stating that, “the young lady was skateboarding illegally… They ordered her to stop and she decided not to.” 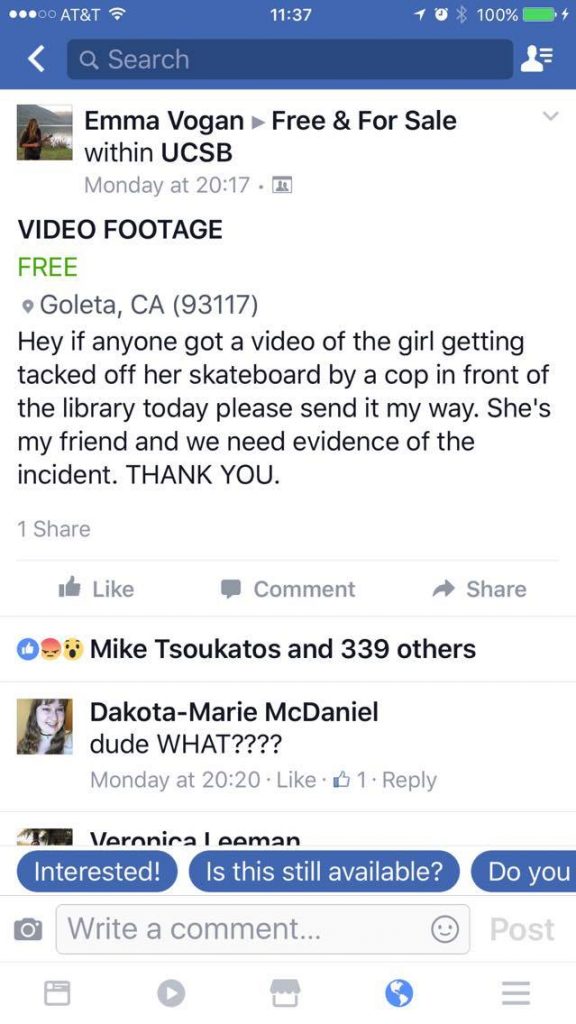 Jonah, who witnessed the entire event, commented on how the officers were not giving citations to all individuals who were skating or biking through the Arbor, just a select few.

He said: “Some people would just get yelled at.  I do not know why I was chosen, but I felt they were being selective.”

The officer gave Jonah two choices on how to pay for his citation.

“My choice one was a $400 ticket for skateboarding with my earbuds in.  Choice number two was to pay a $35 fee and attended a one time one hour safety class.”  However, the officer repeatedly asked the question.

Jonah said: “It felt like an effort to possibly provoke me.”  It was when the officer was taking down Jonah’s information at about 3:22pm that Erin decided to leave the scene, and when Catalon had the opportunity to take the video provided. 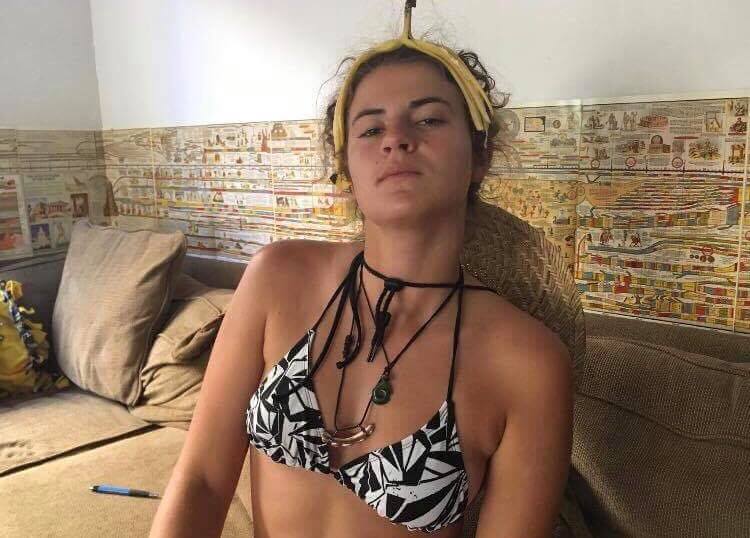 “I do not believe the battery charge is valid.  I do not recall making any violent contact while being removed from my skateboard.”

Jonah said: “Stopping people for skateboarding through the Arbor is ok, giving them citations without a warning first was a bit harsh, and tackling the girl with such force was unnecessary, although the girl did make a poor decision.”

According to Jonah, at 7:00pm that same evening, the officer that gave him the citation called him from an unknown number.

Jonah said: “The officer thanked me for being so cooperative and was happy he did not have to give me a ticket.” 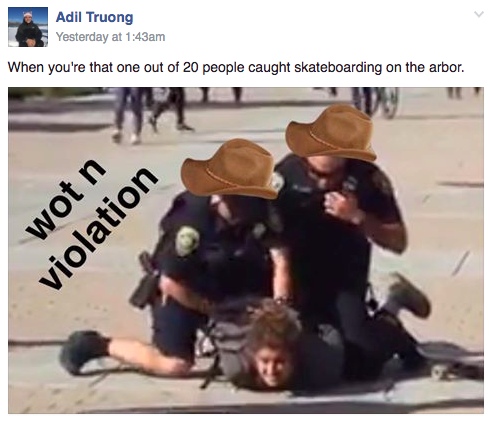