What’s better than drawing and painting for class?

What started off as merely an elective for the sake of units, turned into one of the most fun and insightful seminars I’ve taken at UCSB.

INT 185UA-Urban Art, under the department of Interdisciplinary Studies, is taught by professor Kim Yasuda but often led by recently graduated alumni instructors. Yasuda also gets credit for bringing you The Night Show, among many other things, during First Fridays – a monthly art event in Isla Vista hosted by IV Open Lab. 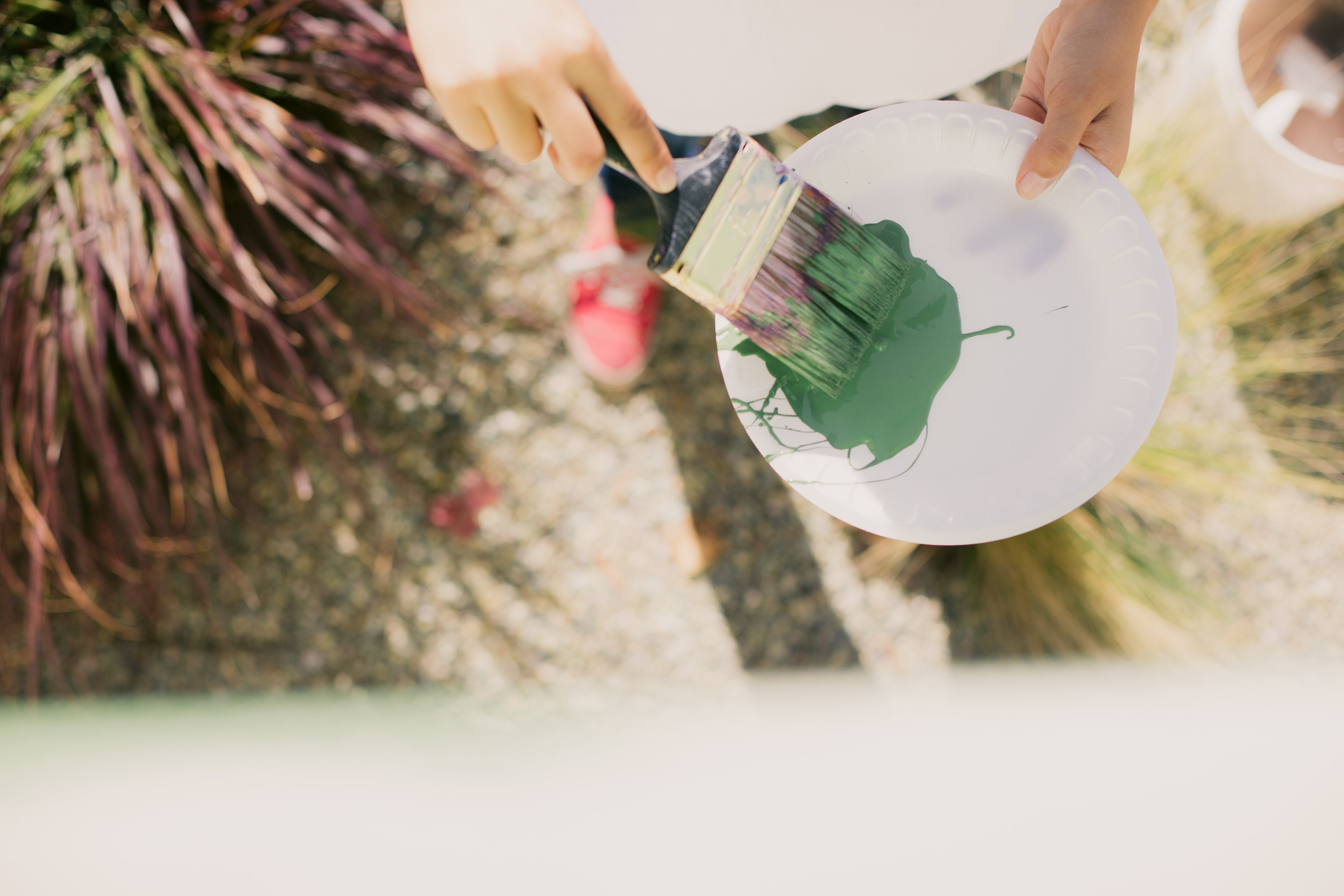 But this course is presented by UCSB’s Community Housing Office (CHO) and is part of a bigger project known as the CHO Isla Vista Mural Project.

At first, I wasn’t sure what to expect. I had read the announcement on a flyer and thought it could be an interesting course. Apparently, there are four murals in IV done by Urban Art students. Being able to leave your mark in the place you called home while you did college sounds pretty awesome.

“Too bad I’m no artist,” I thought, right before talking myself out of enrolling in the class. 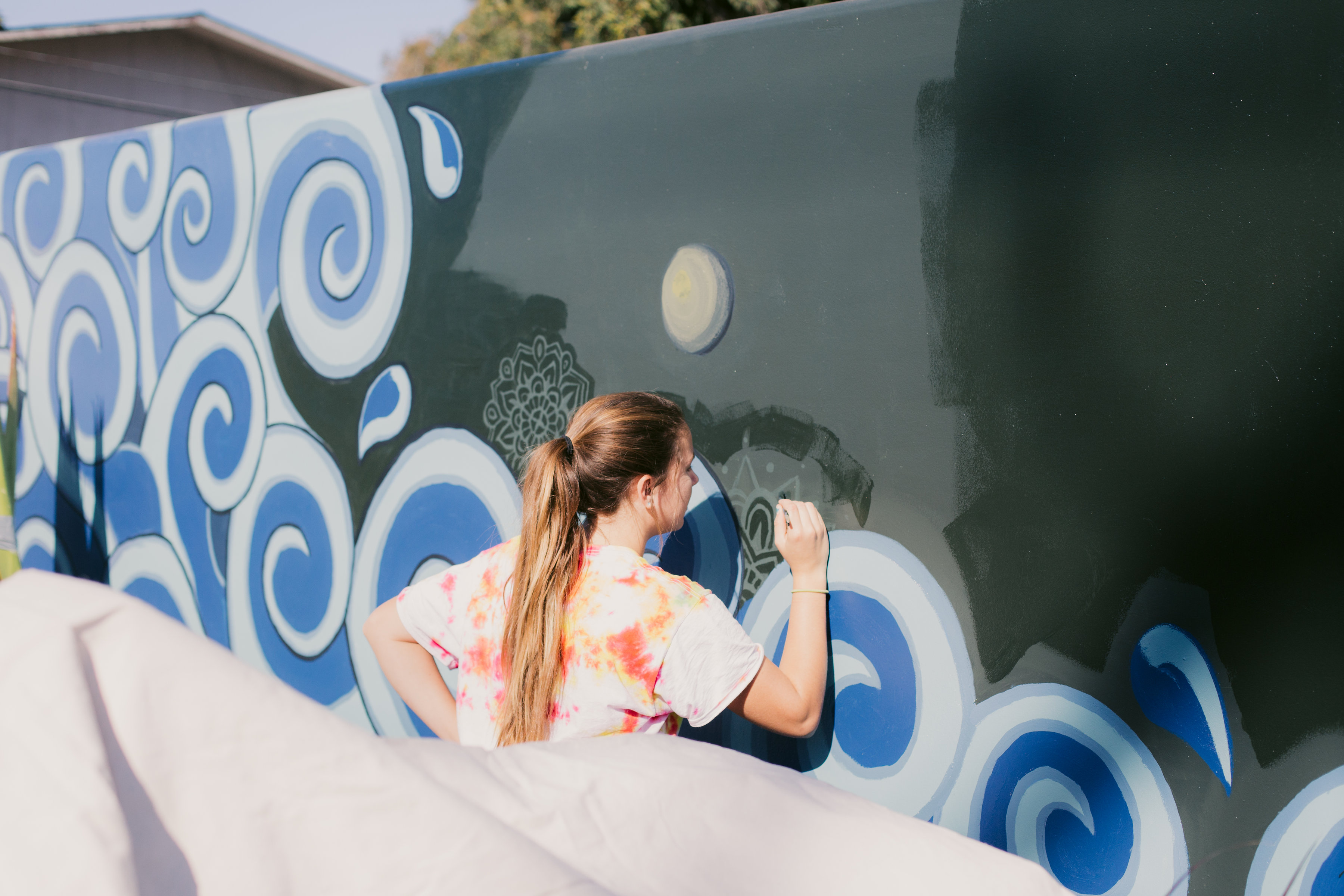 I texted him and he responded insisting that I sign up. There really wasn’t anything to weigh out: I needed the units, it seemed interesting, it’s open to non-majors and it was gonna be led by a good friend of mine. No brainer. What I didn’t know at the time was that I’d be surrounded by a group of very talented people – individuals who I only grew to like more and more the more I got to know them.

Early on in our Wednesday weekly meetups, we had an assignment that inspired me to find the “artist” in me. We had to put together a presentation in which we ultimately described our own idea of art. If there was an art show such as the ones held quarterly at the student-run exhibition, the Glass box Gallery on campus, Gabriel Cardenas would have us meet there before class. We would check out the exhibition and discuss it later: what we liked, what we didn’t like. 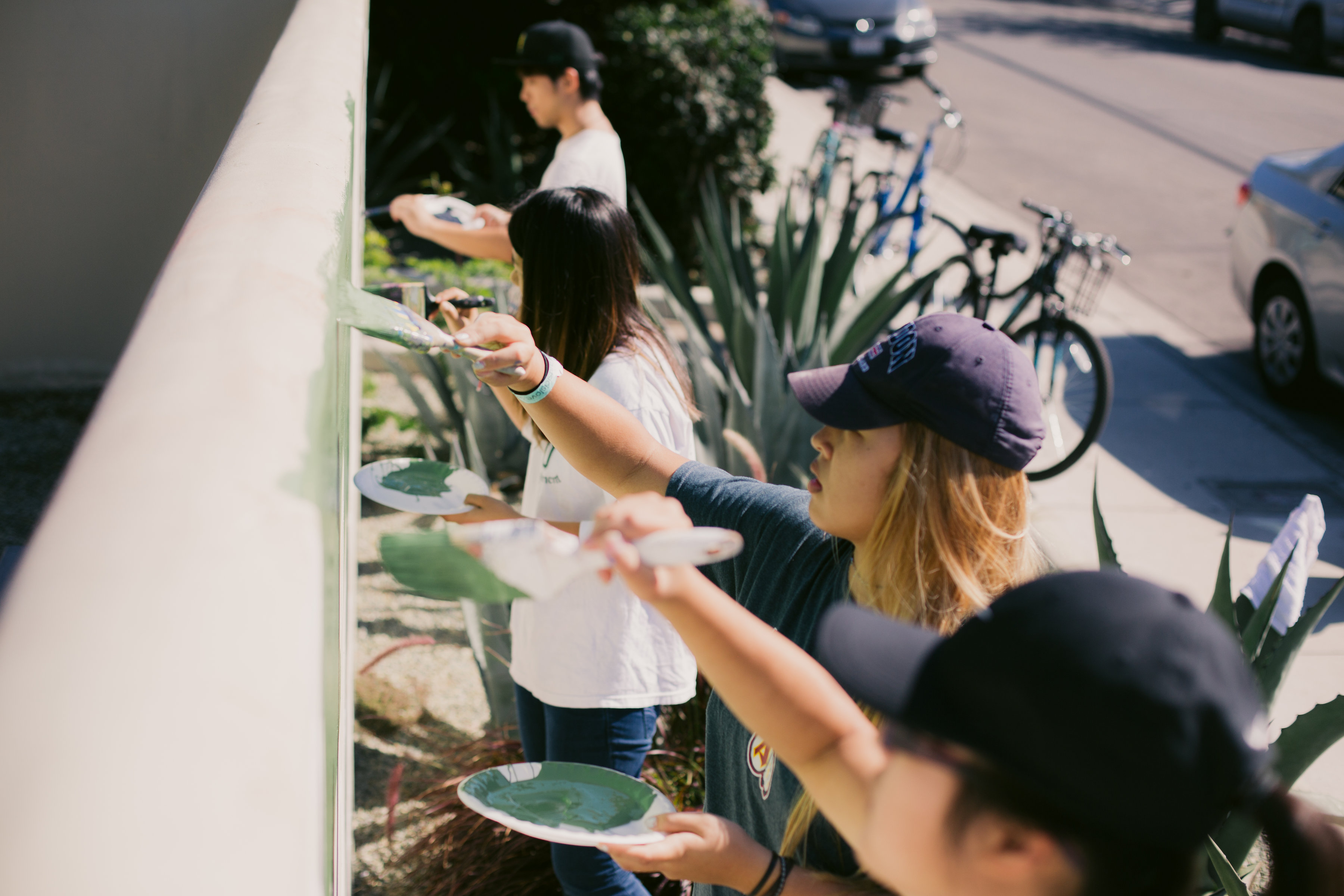 What I saw in my classmates’ presentations was phenomenal, to say the least. Among the many different forms of art were water coloring, painting, sketching, singing, sculpting, tagging, and video/photography. I knew now that this was gonna be a great class!

The students were multicultural, friendly, young artists who weren’t afraid to showcase their art. The instructor, patient and inspiring. During our three-hour class meetings, Cardenas would encourage us to explore the artist within us. We would brainstorm and come up with designs of our own that would later be submitted to be considered for the final piece. Everything we decided on was voted upon by us, from the designs to the color scheme. This voting coupled with Cardenas’ input gave us direction as to what would go on that wall. As far as which final design would be chosen, that was left to popular vote also, by the students, The Koto Group (property owners) and Gabriel.

After much voting and sifting through many different designs, we were finally down to one. Janette Guiselle Sanchez’s design was chosen, but everyone incorporated a part of themselves into the final piece. 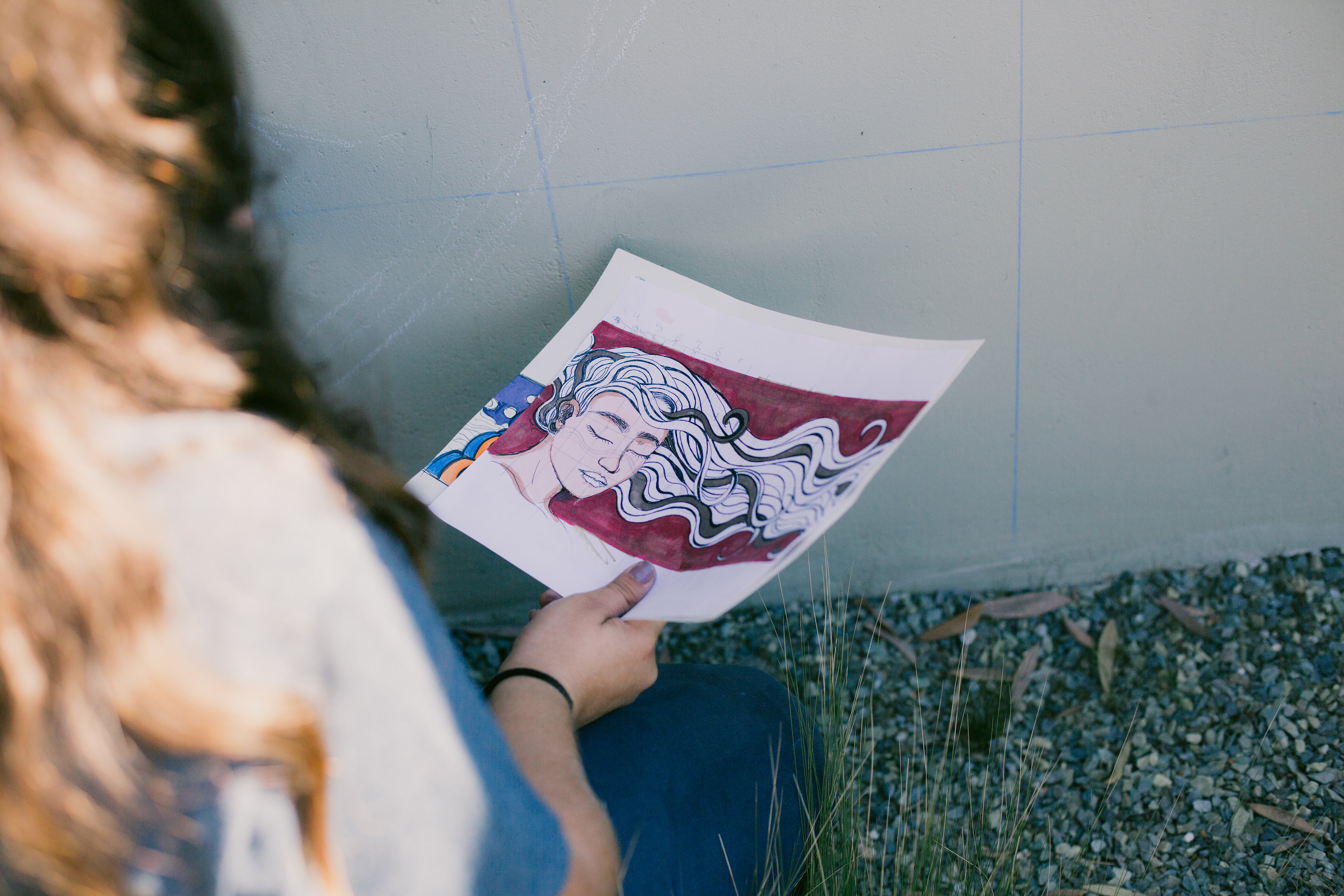 Taking part in a collaborative project for the first time is remarkable. It’s a perfect opportunity to learn to give and receive in order to create together.

If there’s one thing I learned in this class is that art is not just about painting or drawing – it’s about self-expression.

I asked course instructor, Gabriel Cardenas, what he thought the impact a mural has on the community in which it lies in is. He said, “I think it brings groups of people together to admire a work of art and to see something within themselves, in return. Additionally, I hope this mural inspires the viewer to follow his or her passion that one finds in that moment of viewing such work of art.” 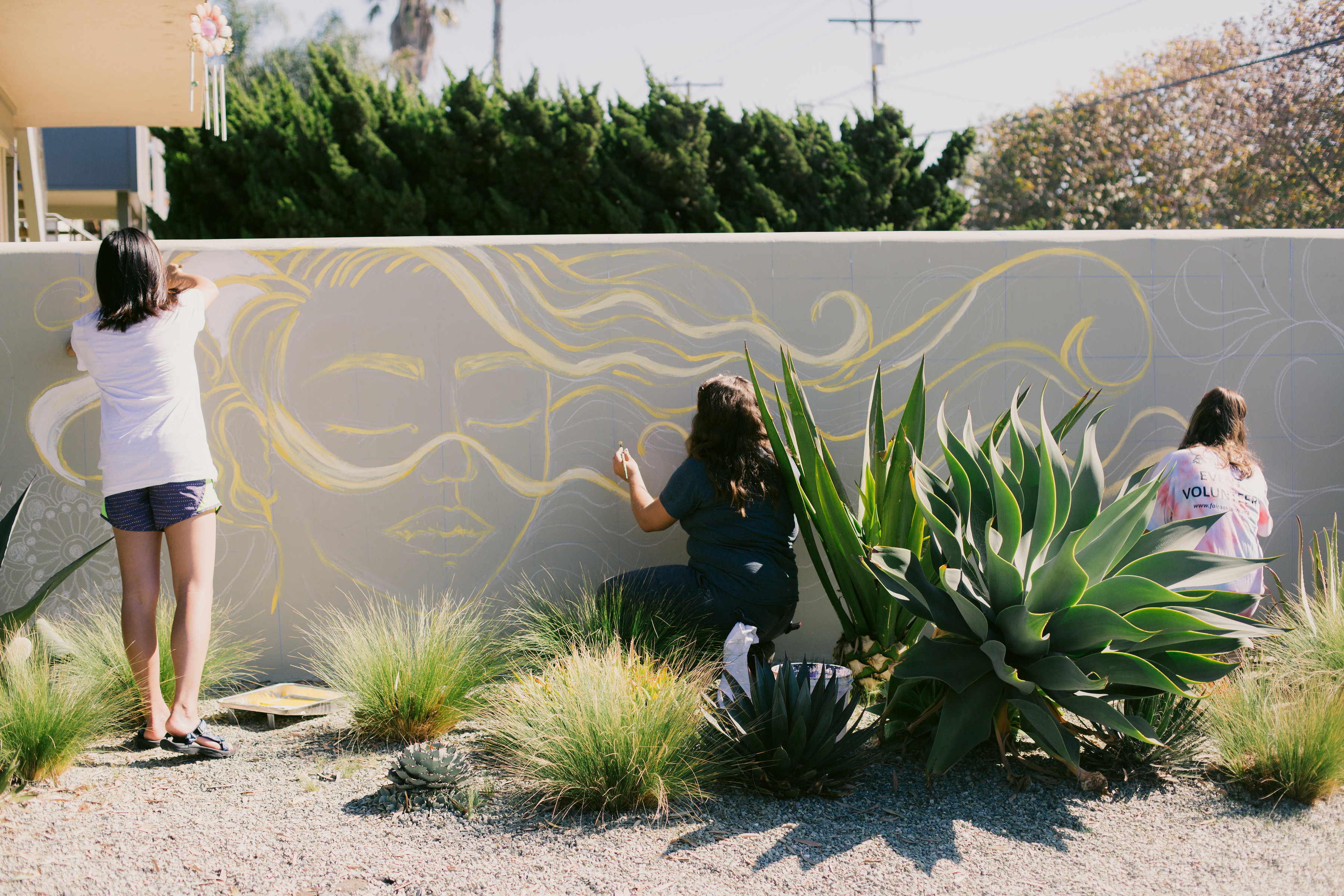