‘I wanna go as far as my talent can take me’

Kane Yutaka Tenorio also known as Kamikaze Kane, is a first year political science major at the University of California, Santa Barbara, but when he’s not on campus hitting the books, he’s working on his music. Born in East LA, Kane was raised by his dad and often moved around within the general vicinity to places such as Whittier, Pasadena, Monterrey Bay and also his grandparents’ home in Boyle Heights.

Kane performs and writes his own material, some of which includes social justice and issues on race. He believes his music cannot be completely defined yet because it is steadily evolving and influenced by his experiences as a person of mixed Latino, Native American, Japanese and White ancestry. However, he categorizes his music as “highly lyrical” or “conscious rap”. 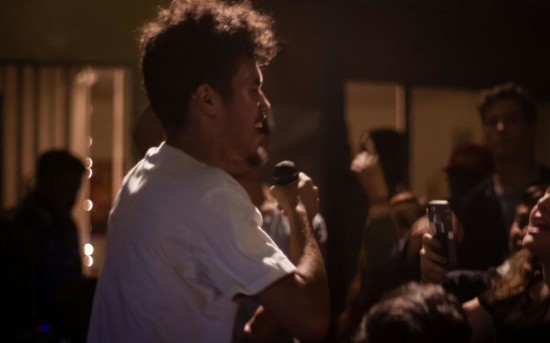 I first heard Kane’s music when he featured in a track called Habits by The_Circu$-a rap group from LA-and have been listening to him since. Kamikaze Kane currently has two official mixtapes titled Ancient History and Kontinental up on Soundcloud, an album on Spotify and iTunes called Kami and he is currently dropping a song every friday-#kamikazeKanefridays-until unveiling his third mixtape which is untitled at the moment.

I sat down and talked with the L.A. Native

After asking Kamikaze a few questions, I found out that it was during his sixth grade year at Eastmont Intermediate school in Montebello, CA, when his passion for music was born. But it didn’t start with rap. The honors program required him to do a year of band which inspired him to start a Ska group, but after those plans fell through, he focused on independently writing hip-hop rap lyrics. 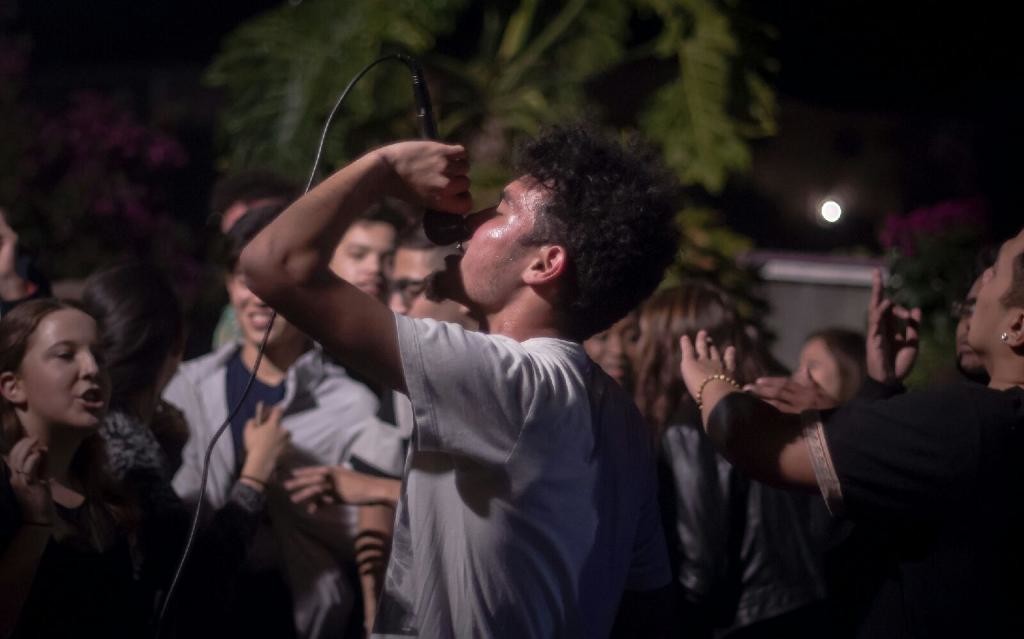 In the summer of 2013, Kane enrolled in a four week summer program at California State Summer School for the Arts(CSSSA), where he would explore his artistic side as well as come out of his comfort zone. At CSSSA, Kane gained the confidence and certain necessary skills to perform well in the art known as freestyling.

He remembers sitting in a circle with the other students, taking turns freestyling, “I didn’t wanna partake at first because I wasn’t really good but I was down.” Now, Kane is performing in small venues throughout Southern California. This past December, he performed in Isla Vista’s(IV) Perfect Park at The Night Show During First Fridays- a monthly art event in IV hosted by IV Open Lab class.

IV First Fridays is primarily organized by UCSB students who partner with a variety of student clubs and organizations such as the Isla Vista’s Hip Hop n’ Cypher Association to help run each event. The IV Open Lab class is led by Kim Yasuda, a UCSB art professor, who worked with Kum-Kum Bhavnani, Chair of the Academic Senate, to get campus support for the event. 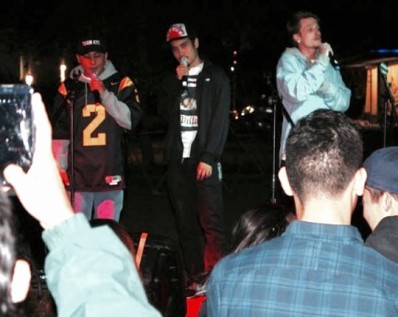 So what about the music?

Kane grew up listening to a variety of music including Faltbush Zombies, Pouya, Denzel Curry, Joey Bada$$, the Underachievers and Cousin Stizz. He said: “I’m trying to break the stigma that one has to come from the ‘bottom’ in order to be a rapper”

What is the most challenging thing about this whole process?

“It seems like in rap you have to emphasize how little you had and how much you have now… I want to break from that model. I’ve been characterized as having a lot of money and people assume that it comes from my family. Don’t get me wrong, my dad does support me, but I have to grind for most of my stuff.”

What is incorporated in your music?

“Social justice is incorporated in my music.”

In “9066”, Kane sheds light on the injustices that his family has faced. For example, his great-great-grandmother was interned in Poston during WWII by the US government solely due to her race. She was a diabetic who became ill due to lack of proper medical treatment in the concentration camp, a place where people of Japanese ancestry were being held against their will. Kane’s eye-opening song was featured at the National Youth Summit– Japanese American incarceration in World War II on May 17, 2016.

What is the process(briefly) to creating a song?

“I’m such a perfectionist man. When I write, I won’t move on to the next line without having memorized the current line I’m working on. So, I usually end up knowing the entire song before I even begin to record it.

“As far as the instrumentals go, I find them all online. It started off with me looking up beats on Soundcloud. I would search ‘sick beat’, you know? But now I have a set of producers, who I found on Soundcloud, that I collaborate with consistently.”

What project or song are you most proud of? When did you realize that this is what you wanted to do?

Kami is the project that made me realize that I wanted to take this music seriously. Even though it was a matter of throwing money in, I knew I had to do it right. I was to record this piece in a top quality studio and take my time writing it in order to really portray my sound as a rap artist. It took me about three months to complete the album.

“The album was good for it being my debut but by the time I make it to where I wanna be, Kami, will be nothing compared to what i’m gonna be putting out then. Some of the best songs on the album, Kane says, is track #11 Energies and track #5 Slugz.

Here is a list of my favorite song from each project. It’s interesting to see how Kamikaze Kane’s music develops overtime. Also, I included a few favorite features of mine.

You can check out more of Kamikaze Kane’s music by clicking on the following link: Kane’s Music