A few nights ago, housemates of mine were denied entry to a club in Madrid distinctly because they are American. I’ve learned countless things while studying abroad for the past couple of months here in Spain. First, that after tasting real Spanish churros con chocolate, I will never look at the Costco food court in the same way, no matter how dedicated of a Costco shopper/sample burglar I am, and second, that it’s really hard to be proud to be an American when you realize everybody outside of the States hates America.

And how can we blame them? We destroy everything we touch – and worst of all, ensure ourselves that the authenticity of everything is still there. How can we begin to understand the meaning of “why fix what’s not broken,” when we tamper with every culture that we’ve supposedly embraced with open arms, smothering it with the American way? Worst of all, we have this widespread belief that we’re only enhancing everything for the better at all times. 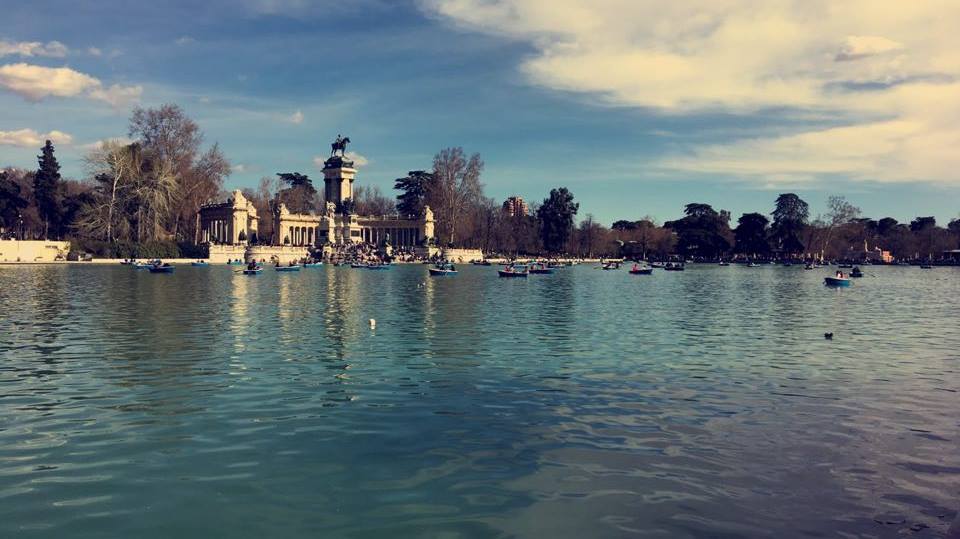 Take different ethnic foods, for example. Over the years, sushi has become the subject of every white girl’s snapchat at some point or another. “Look at me, getting cultured whilst eating a California roll made of mock crab and sake bombing with ten of my closest friends!” Surprise, surprise, sake bombing isn’t even Japanese – in fact, they probably think we’re crazy for wasting the sake delicacy by dropping it into a watery abyss of beer and chugging it like a bunch of ravenous barbarians. And the decadent sushi rolls we order that are about three times the size of real Japanese rolls, often including an item from just about every food group in one roll (salmon, cream cheese, cucumber, avocado, tempura flakes, chipotle mayonnaise, topped with mango (what?))? Yeah, there’s a reason Japan isn’t the one suffering from obesity…

It’s delicious, no doubt, and you can take me out for ‘sushi’ just about any day of the week, but let’s not kid ourselves, is it even Japanese anymore?

My Mexican roommate brought me back to her hometown in LA and showed me her favorite taco restaurant. I was confused as to where all the guacamole, sour cream, lettuce, cheese, and rice was until she informed me that authentic Mexican tacos are actually quite simple, and only really consist of your choice of meat, onions, and cilantro as Mexican people know how to enjoy something without overloading it with unhealthy add ons. Again, I love my Chipotle and its loaded burritos, but I’m beginning to wonder if Americans can enjoy anything without making everything so extra. 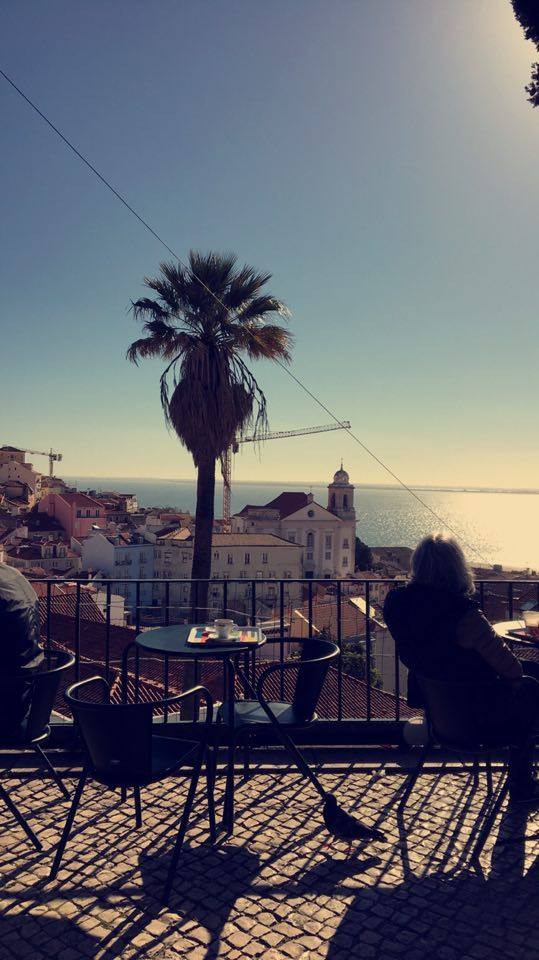 My father, an extremely simple, humble, and easily satisfied man from Beijing, rarely buys Chinese takeout. Instead, he will drive 45 minutes away to go to the only grocery store that sells genuine Chinese ingredients so that he can make his country’s food the way it was intended to be served.

We fulfil pretty much every stereotype that tells the world we’re loud and self-important – last week, I visited Munich, Germany for their annual Spring festival, also known as ‘Springfest.’ The first night, my friends and I camped with a travel company. The campsite was inhabited by hundreds of study abroad students from all over the States. On the way to the beer gardens, the bus was packed with swarms of rowdy, practically obliterated American college kids – straight out of an American Pie movie. To my horror, as well as I’m assuming the local German people also trying to ride the public bus, the American Springfesters broke out in an obnoxious ‘USA’ chant.. for Pete’s sake people, this is in Germany, dressed in Germany’s national attire, on the way to a German festival that is celebrating traditional, German culture. There’s a difference between being appropriately proud of where you come from and disrespectful to another culture. You wouldn’t go to someone else’s house and yell about how much you love your own, so why is this concept any different? 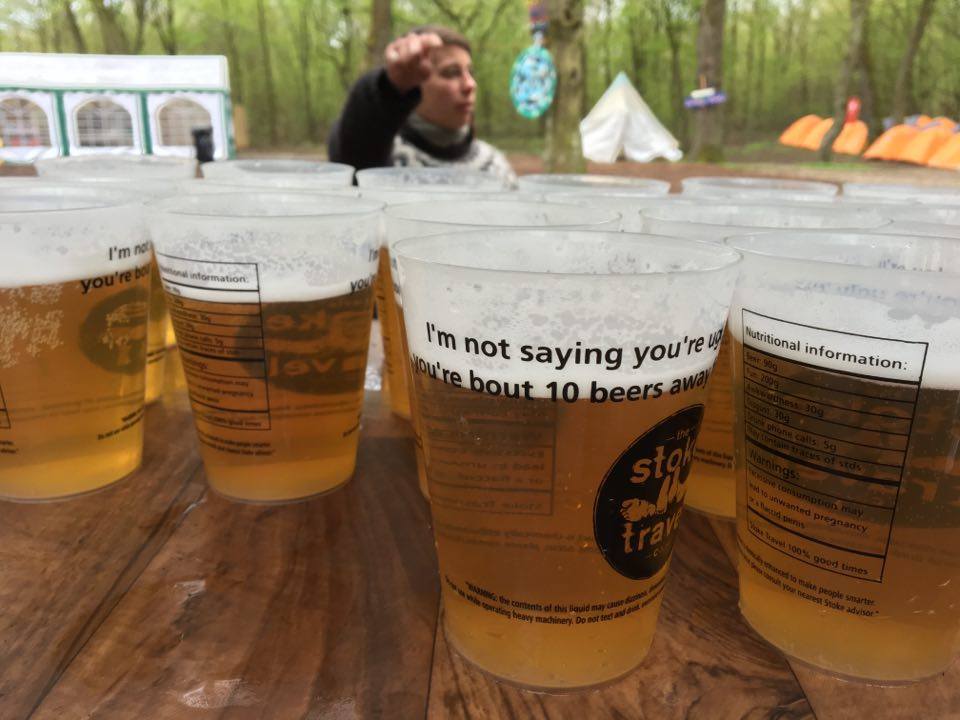 I’m cheap as hell, and so despite the high potential of all the instagram-worthy photos I’d be able to take in a dirndl, I strayed away from the (at least) 70 euro purchase. Unsure of whether or not it would be acceptable to show up to Springfest in anything but, I reached out to a friend of my brother’s whom I knew had attended when she studied abroad in Europe as well. Her humorously depressing response was “as long as you’re drunk and American, nobody expects anything from you.”

A friend of mine is from Scotland. When we go out together in Madrid and introduce ourselves, I feel like I’m telling people I’m from the UK’s spoiled, immature, irresponsible, chubby, little brother. Sometimes he’ll joke that Trump is my celebrity crush. That’s proven to have about a 95 per cent success rate in ensuring that no one else in the club is going to talk to me or take me seriously for the rest of the night.

Another close friend, Marie, whom I met summers ago while studying Spanish at an international camp, is from Austria. Hopelessly enough, she often has to inform Americans that this is not the same as Australia. Her brother recently studied abroad as an Austrian exchange student at USC. During his time abroad, he befriended another student from Texas and stayed with him over one of the holiday breaks. Marie told me that in Austria, there are shooting ranges at which they can practice shooting at paper targets or faux target birds. In Texas, her brother visited a shooting range at which they shot at pictures of Muslims.

My parents were just on a group trip in Amsterdam. In one of the restaurants, one of the men on their trip was having trouble ordering because the waiter only spoke Dutch. (A native man only speaking his native language, how could he!?) Instead of being patient with the him, the man quickly became aggravated and rude to the waiter, annoyed that he didn’t speak English for a reason I have yet to understand. When people come to the United States and cannot speak our language, we see it as their problem and are rarely too empathetic over the language barrier. Fine, they’re in the U.S., they should learn English. However, when we travel to other places, we automatically assume that the majority will be able to speak English to us and that we should thus be able to get along just fine. Language differences never usually deter Americans from traveling because we hold this expectation that the rest of the world somewhat caters to our needs, and that’s absolutely ludicrous.

I’m not saying that everybody in America has to be an intense guru of global knowledge, or that every American is a terrible human being guilty of these shortcomings (although let’s be real, most of us are. I, myself, am a repeat offender of showcasing the American sushi snapchat). I’m just saying that as an American student studying abroad, there have been times where I’ve legitimately been embarrassed to identify myself as apart of this overall absurdity.

My best friend makes fun of me because I’m incredibly bad at keeping up with what goes on in Hollywood, somewhat fashionably challenged, probably wouldn’t recognize Kourtney Kardashian’s kids if they sat next to me on an airplane, and initially thought Lulu Lemon was a frozen yogurt place… but at least I know what a map looks like!

I’m frustrated with the ridiculous amount of people who don’t know the differences between the UK, Europe, and the EU (or worse, have never heard of the EU), devastated that the British have a running joke about Americans who think Africa is a country, and mortified that Marie asked me if shooting ranges in which we use paper Muslims as targets are normal occurrences throughout America.

I want to be able to say proudly again that I’m an American without having to face any negative retributions. The scariest part is, as part of the generation with probably the closest link to the direct future, I believe we have the most influence over what eventually will be the face of America. We should want people from other places to expect more of us. We should want to expect more from ourselves.

If we don’t set standards for how globally aware and tolerant we should be now, what will that mean for our reputation in the future?