Americans have got it all wrong… again

When I told my friends and family I chose to study abroad at the University of Cape Town in South Africa, their reactions were tellingly different than those reactions to my friends studying elsewhere in the world.  I could see the gears turning in their heads as they reversed their assumption that study abroad = Europe, that I wasn’t off to post pictures of me and the Eiffel Tower, Trevi Fountain, the Colosseum, the A in AMSTERDAM because there’s no H for Hannah and A will just have to do.

People hear South Africa and think the Lion King, Nelson Mandela, and those faded Nat Geo clippings posted in old school dentist offices. I lived here for about two months now and let me tell you, it’s quite different than what we are lead to believe as ethnocentric Americans. I’ve listed some actual questions that myself or a native South African has been asked that ought to help clear up a few things.

Wait where are you…? 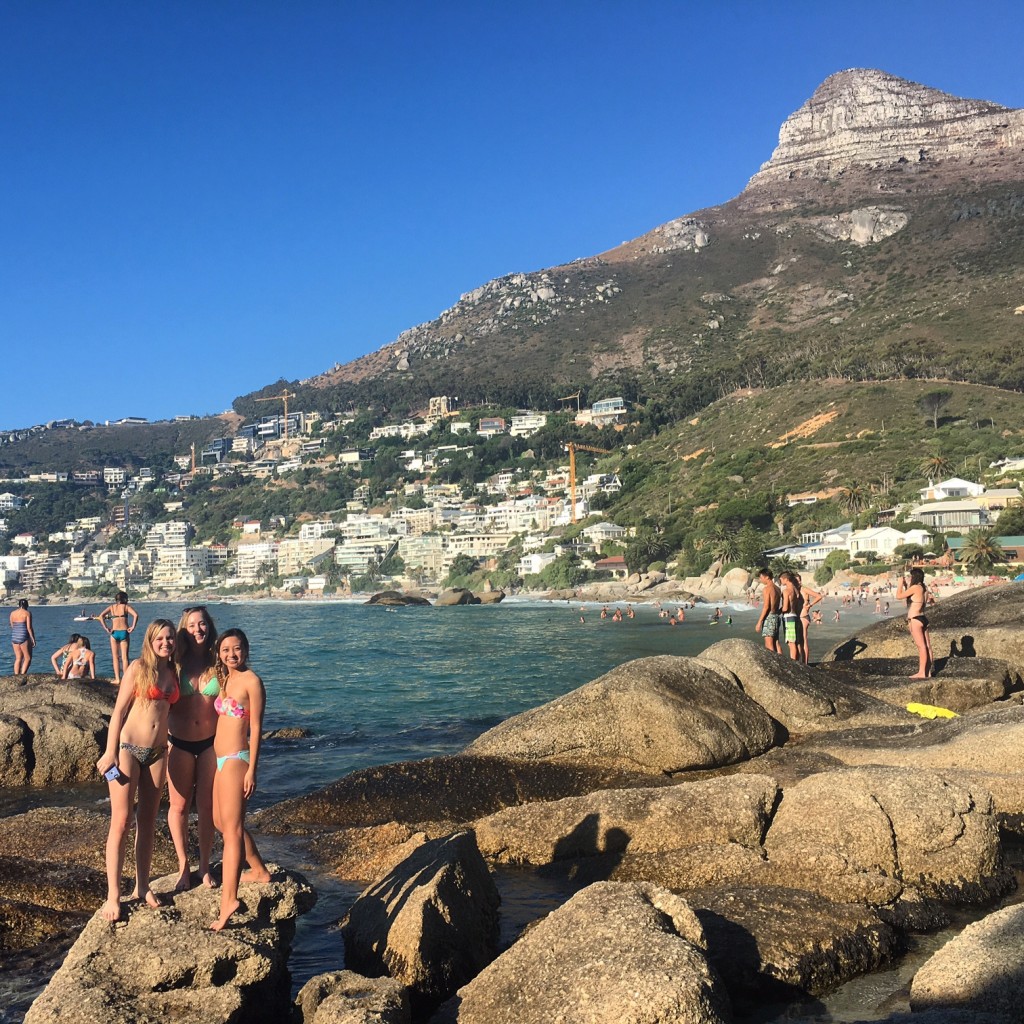 “Wow, Africa!” they said as vision of lions danced in their heads, to which I replied “Yes but South Africa” because it is a whole country my friends. Not the southern part of Africa, not the counterpart to North Africa, but the COUNTRY South Africa that is said in full name because Africa is a CONTINENT. We don’t question why South Dakota is a state with a directional prefix and I’ll be darned if you try and call a South Dakotan just a Dakotan.

Do you have wifi there? 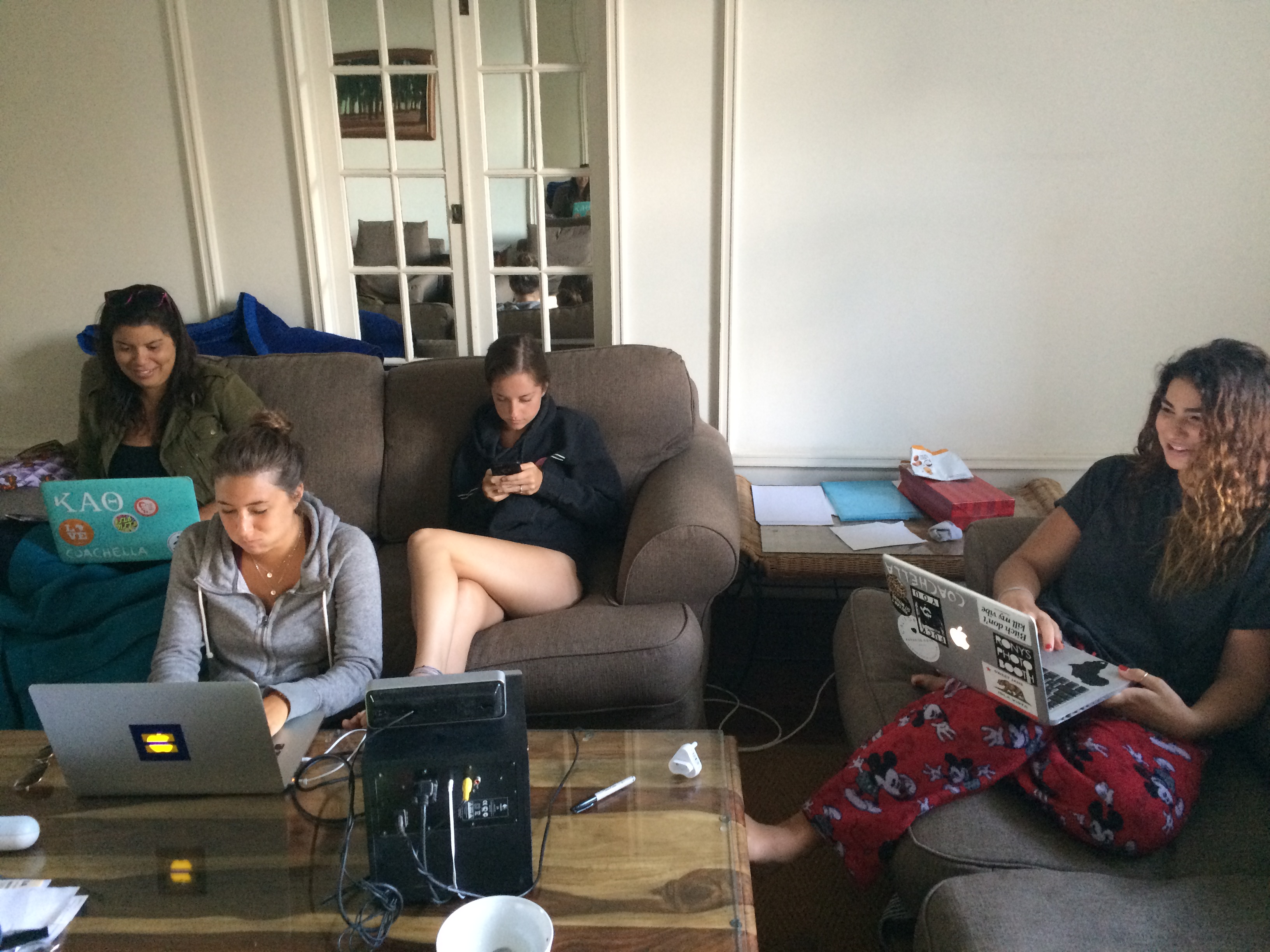 Yup! I’m able to post this because we attach electrical wires to cheetahs and their energy produces electricity that runs our wifi circuits (yeah yeah science was never my strong suit okay). Yes we have wifi, yes we have computers, yes we have iPhones. In fact we have a room in our house dubbed the wifi room because that’s where we all go to watch Netflix and be antisocial.

One of the reasons I chose to study in South Africa was because I knew I would be speaking English the whole time. Ain’t nobody got time to learn another language, plus I would most definitely get lost trying to interpret directions via hand gestures and thick accents. South Africa actually has 11 official languages and it’s safe to say that every South African I’ve met knows at least two. Xhosa does indeed use clicks but they are peppered throughout the speech, not every single word. Really, think about how tired your tongue would get if you had to click for every word. Language creators have thought this through for us.

Can you drink from the tap? My roommate asked our orientation leader this when we moved into our house and her mouth said “Yeah of course” while her eyes said “Uhm yes obviously you dumb ignorant American we don’t drink out of wells in the ground like you see in those charity commercials, you could literally drink the shower water if you wanted to.” Restaurants definitely play on to that misconception because if you ask for water they sometimes bring you a water bottle, which costs money, while tap water is always free. Those sneaky bastards.

Are there lions and elephants just roaming around?

This is equivalent to asking someone from California if they frequently run into movie stars at their local Trader Joe’s. Just because they live there, that doesn’t mean you see them on the daily. They are called wild animals for a reason and the people-are-friends-not-food mentality doesn’t exist beyond the parallel to Finding Nemo. According to the South Africans I’ve met, most of the locals go their whole life without going on a safari. It ain’t all about safaris guys, I promise you!!

Do they just listen to that African drumming music?

I’ve been here for two months and I’ve already gone to three EDM music festivals. South Africans don’t mess around when it comes to deep house. 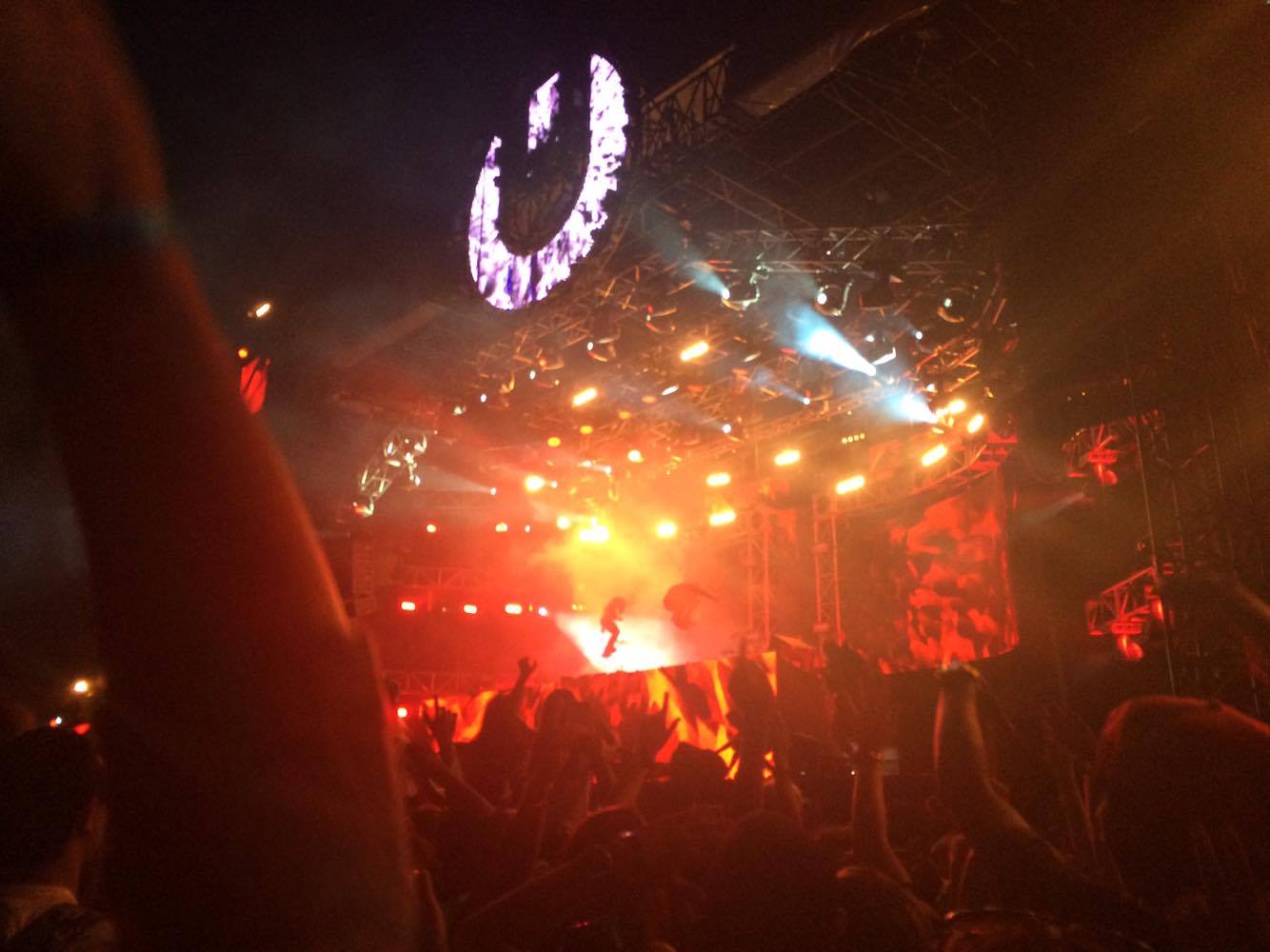 (To be fair I am also in a class called African instruments where we are learning how to drum but we are in a regular classroom, not dancing around in body paint as portrayed in every drum circle scene ever)

Do you stand out because you’re white? 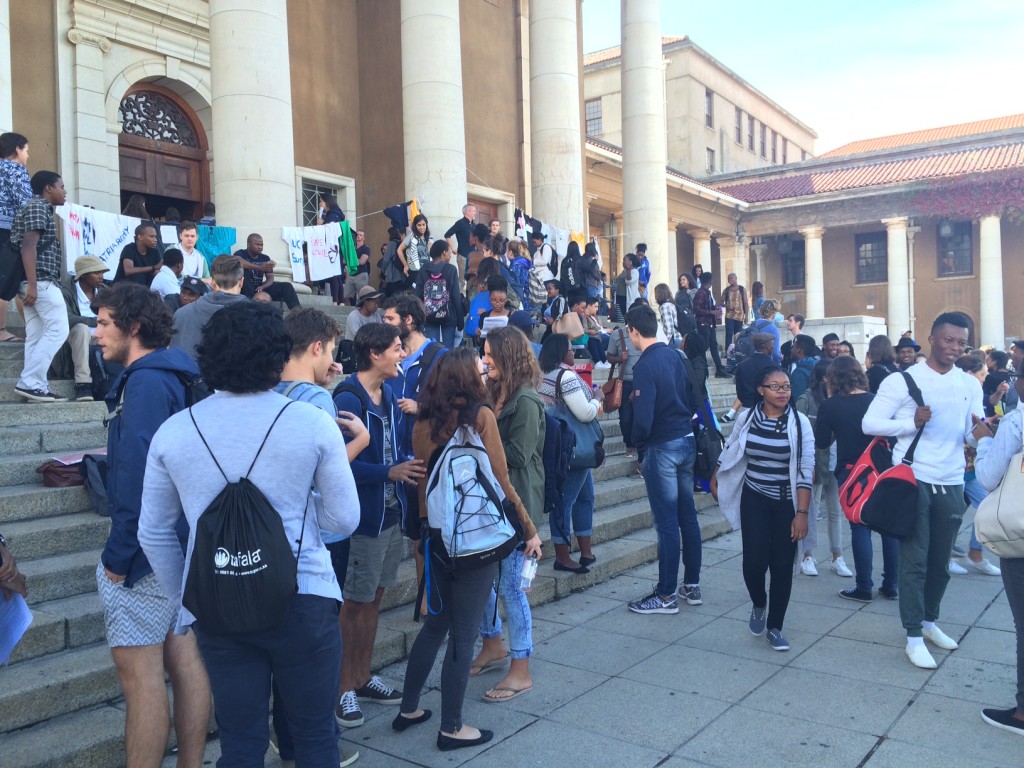 I thought UCSB was pretty diverse, but after coming here I now know what diversity actually is. I’ve seen people of all the colors under the sun and it’s truly a beautiful thing. Cape Town itself is especially diverse as UCT hosts people from more than 100 countries. People can tell I’m a foreigner because I wear Birkenstocks and I don’t pronounce aluminium correctly, not because of the color of my skin.

Isn’t it going to be really hot all the time? 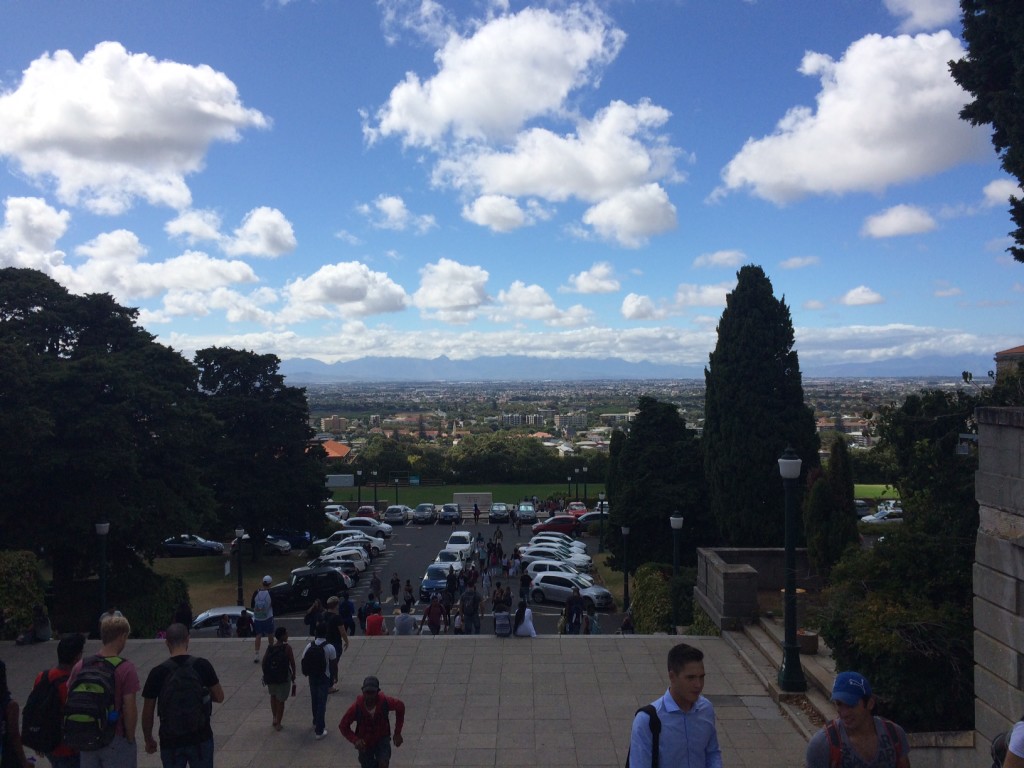 Again with the Lion King complex, visions of an orange sun rising in a red sky become the backdrop for African living. “The weather is actually very similar to Santa Barbara” says the pretty pictures of the Western Cape coast. “I had to buy a whole new winter wardrobe” says my Californian housemate, who has been here since June of last year. In the winter it rains here, and it rains HARD. We’re talking sideways rain and windstorms that render umbrellas dysfunctional. But get this, they still go to class, sometimes even bringing a change of clothes because they’re soaked right through. Meanwhile if it starts drizzling in SB the professors basically know to expect no more than 20% attendance. Wish me luck guys.

It gets real old. Real fast.