‘The guy on the bike yelled right before they hit, but it was basically a head-on collision’

A student biking near the De Neve cross walk and Bruin Walk was hit head on by a car at around 11:54AM today.

UCLA student Wren Crasper witnessed the scene and told The Tab what occurred:

"I was standing at the crosswalk waiting at the top of Bruin Walk. The traffic was moving like normal and there was a guy on a bike coming down the hill on the road with the cars.

"The guy on the bike zoomed passed but there was a car trying to pull into De Neve turnaround. It was one of those UCLA electric cars. Pretty sure they weren't supposed to be pulling in there at that moment because the light was green for the through traffic.

"The guy on the bike yelled right before they hit, but it was basically a head-on collision. The dude went flying over the car and down the street. A few people ran over to help him and for a second the two people in the car were like dumbfounded. Then they got out but their car started rolling and people started yelling at them… everyone gathered around the guy on the bike. He seemed OK but pretty messed up at the same time." 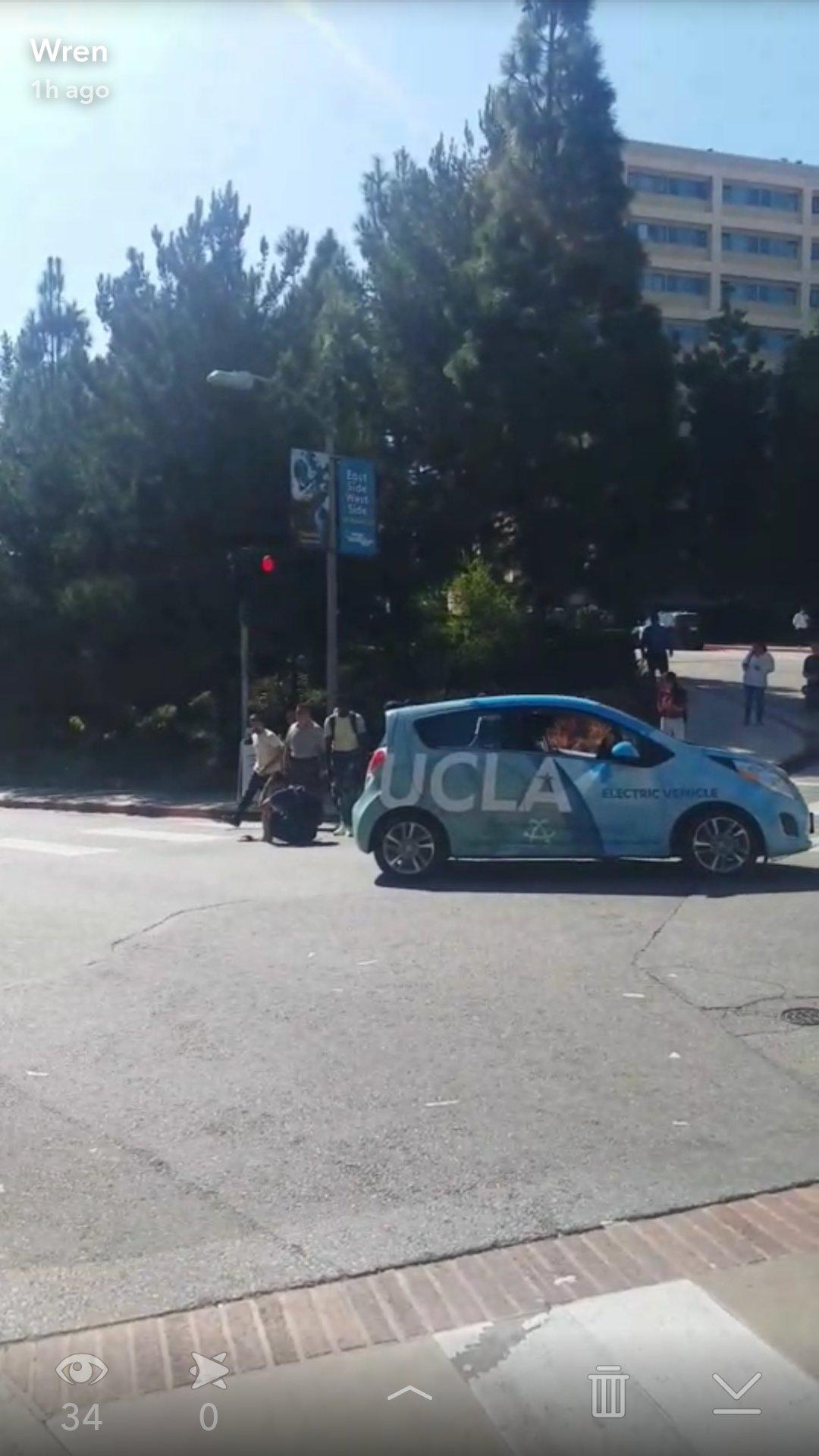 A Snapchat of the scene from our witness Wren Crasper.

UCLA student Sasha Nijor witnessed the aftermath: "There was a fire truck, two police cars, and traffic was super backed up. The person who was hit was on a stretcher and it looks like their leg was injured. I saw ice packs and bandages on their legs," she said.

The student was taken away to the emergency room in an ambulance. No further information, such as the name of the student that was hit, has been released.