USC students urinated on the Bruin Bear last night, confirming they are the most awful people in the world

Wow, you really got us!

Remember at Orientation when your NSA's wove tales of the Great Prank Wars between UCLA and USC (in which UCLA most certainly won, obviously)? And remember how they were, like, 50 years ago? Well apparently some USC students thought they'd recreate some of that mythos (in literally the laziest and sleaziest way possible) by allegedly urinating on our Bruin Bear statue. Real classy guys! 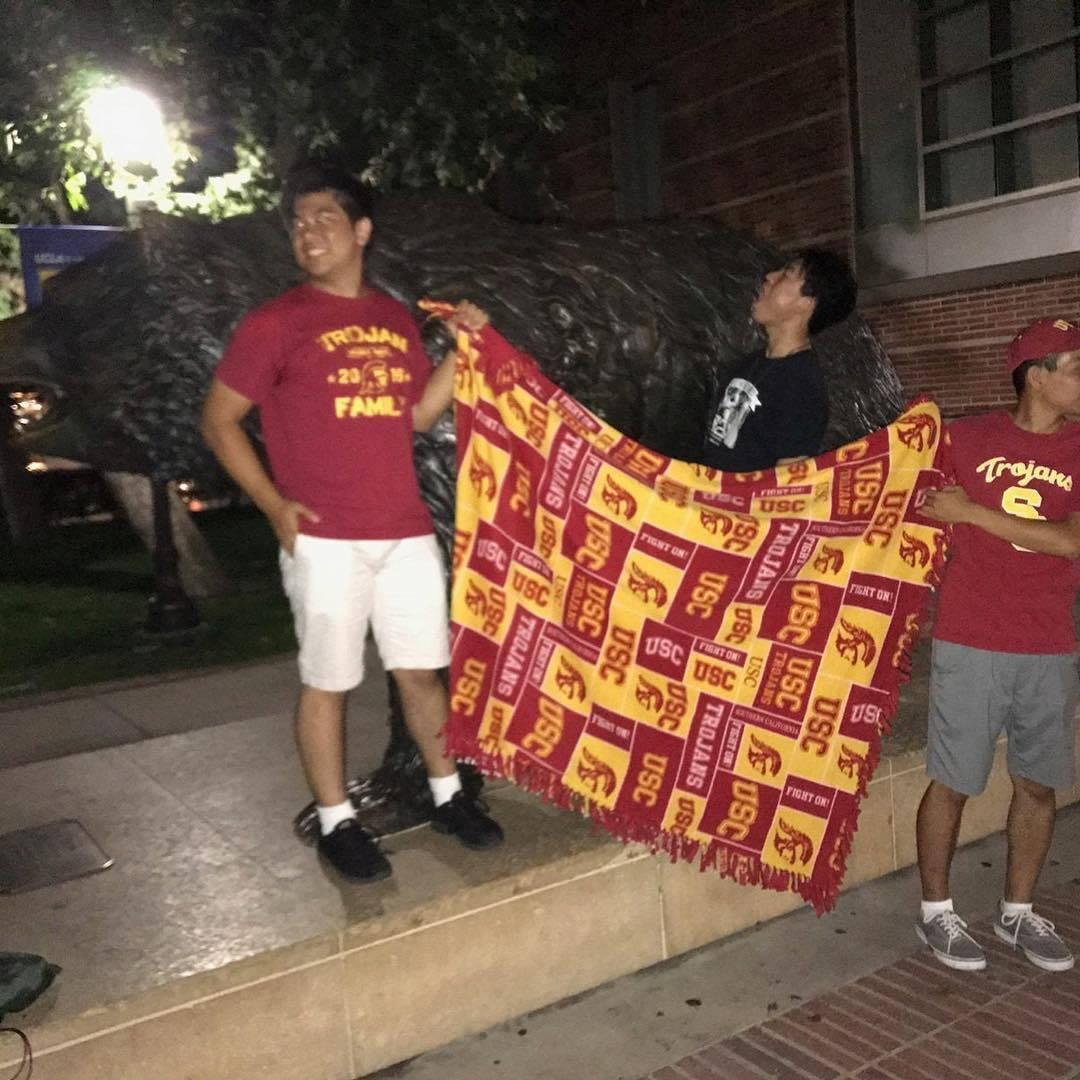 The offenders even went as far as to post a photo on Instagram of their immaturity, as if committing a urinary crime wasn't enough.

Public urination is the latest in a line of scandals plaguing the struggling Los Angeles private university. Just this summer, USC now former dean of their medical school was fired over “drug allegations." USC alum, former Heisman Trophy winner, and convicted felon OJ Simpson was granted an early release date from prison. Even their mascot was put under fire for allegedly sharing a name with Robert E. Lee's horse. And that's really just the tip of the iceberg.

The Tab has reached out to the offenders for a comment but has not received a response.