The 2017 NBA Draft is tonight, and UCLA’s own Lonzo Ball is projected by most basketball analysts to go second to the Los Angeles Lakers. Lonzo blew up his senior season after producing a phenomenal mixtape and taking home the 2016 Naismith Trophy, an award given to the best high school player in the country.

Although Lonzo’s jump shot is a bit unconventional, his explosiveness to the basket complimented by deadly step back make him one of the top prospects in his draft class.

However, Lonzo is often overshadowed by his ridiculous, overtly confident father, LaVar. LaVar Ball has made headlines with his ludicrous statements; he has claimed that he could beat Michael Jordan in one-on-one despite averaging only 2.2 points per game in his single season at Washington State.

He has said that Lonzo is already a better player than two-time MVP Stephen Curry. He wants Lonzo to be a Laker so badly that Lonzo reportedly hasn’t talked to other teams that could potentially pick him. However, LaVar’s craziest stunt came when he announced that Lonzo would not be accepting a shoe deal with Nike, Adidas, or Under Armour. Instead, LaVar created his own company, Big Baller Brand, to sell Lonzo merchandise, including Lonzo’s first shoe, the ZO2.

If you visit Big Baller Brand’s site, you can see LaVar (and a team of designers, we presume) has created an extensive clothing line revolving around the Ball name. So today, we went on Twitter to answer one question: who is buying this stuff?

Thankfully, Twitter user @MattAbe_ provided us with an answer. He posted a photo of the Big Baller Brand shirt that he bought, so we talked to him about the logic behind his purchase.

Why did you decide to buy Big Baller Brand stuff? Was it a joke or did you actually want to rock a BBB shirt?

I bought Big Baller Brand merchandise because I like what it stands for; to be different than everybody else who is following the same trends. It shows independence and power, two ideas important to being successful. I plan to rock it as soon as it comes in the mail.

Do you like Lonzo Ball as a player? How do you think he’ll perform at the next level?

Yes, I love how Lonzo Ball carries himself on and off the court. He is very unselfish when playing and makes sure to always get his teammates involved with every possession. I think he’ll be one of the best when he’s in the NBA. 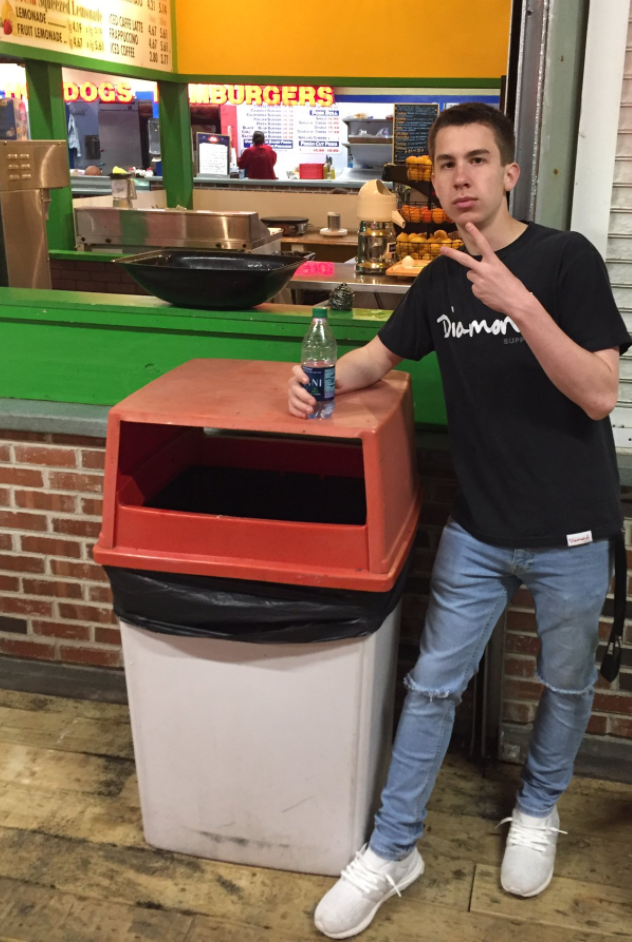 What do you think of LaVar Ball? How much of an influence was he in your decision to buy that shirt?

Overall, LaVar Ball is very outspoken, and doesn’t care what others think about him, which I think is great. When buying my shirt, I thought about these two ideas, so he played a role in my mindset of not being like everyone else.

Do you think LaVar Ball is funny? What are your thoughts of him as a businessman?

Yeah, I find LaVar to be funny but smart at the same time. He is a great businessman because he always seems to get his name in the headlines, and made a successful business off this. He is now a self-made millionaire.

If you could send a message to Lonzo or LaVar, what would it be?

KEEP DOING YOUR THING AND IGNORE THE HATERS. You got the whole world watching every move you make, wishing they could be in your position.

So it turns out there are people out there who respect the Ball name and business for pretty legitimate reasons. Who would have guessed it?