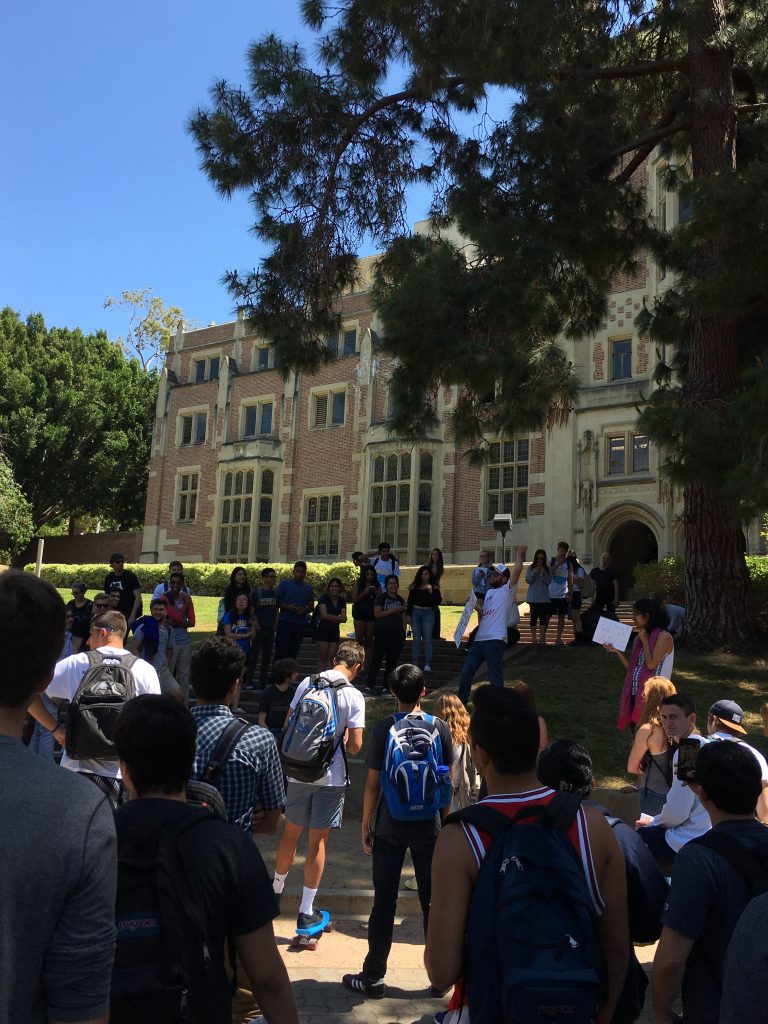 He held a large handmade sign that read “women should not vote” and yelled about how women cannot be trusted to make decisions for this country. He mentioned that he was a Christian man who felt it was his duty to keep women inside the home.

Students looked incredulous as they listened. Many were taking photos and videos, and some even shouted back. One male student could be heard toward the back of the crowd, yelling “you’re crazy” and “that’s messed up.”

The man’s comments warranted the usual flurry of tweets and memes.

Some idiot is holding up a sign on Bruinwalk saying "Women should not vote" and yelling "Trump all the way" the ignorance ?

UCLA gets lots of right-wing protests since public space. I was so disgusted by today's I could not take a pic: "Women should not vote."?

But more importantly, this incident comes in the midst of USAC elections, where there are several female candidates. Two women from Bruins United, Emma Zawacki and Arielle Yael Mokhtarzadeh, took the opportunity to film a short video in response to the man encouraging fellow students to vote in the election.

“This is something that is not only an unalienable right, but we need more women in leadership as well,” said Emma. Of the nine Bruins United candidates this year, six of them are female students.

“Not only should you take two minutes to vote, you should take the opportunity to vote for the numerous female candidates who are here to represent you, and ensure that people like this don’t come into our campus and spew hatred anymore,” followed Arielle.

USAC elections for the 2017-2018 term are open until 3:00pm this afternoon. The video concluded, “the future is female. Let’s do it together.”