Rieber Hall residents were disrupted last night with a fire alarm that sounded at around 10:30 pm.

Sam Spotswood, a resident of Reiber Hall, said: “The fire alarm went off, so we all went down the stairs and as we were descending, there was blood on the railing and like drops of blood from around the 2nd floor to the first floor.

“It was a lot of blood – it looked like the cut was on their hand and they ran their hand down the railing.

“Ambulances and EMT vehicles quickly arrived after the alarm.” 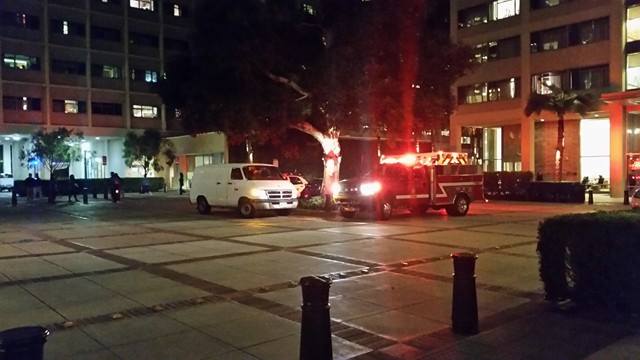 It’s been reported by other students that a Rieber Hall resident from floor 2 North was injured. They allegedly went missing for a short while before being found, and it’s reportedly suspected that the student was under the influence.

Building residents were not allowed to return until around 11:30 pm.

However, the students were given free pizza for the inconvenience.

Sam said: “They gave pizza to the 2n residents.  There was blood all over the floor there, so they had to clean it up without the residents there.”