USAC campaigns to ‘fund the UC’

Members of USAC gathered on BruinWalk yesterday to raise awareness about the upcoming tuition spike.

A few months ago, the University of California Board of Regents released a statement saying that they planned to raise tuition next year for higher staff wages, more financial aid, and to accommodate a growing student population. And it’s true, UCLA in particular has admitted a noticeably larger freshman class.

Yesterday, the UC Board of Regents officially approved the tuition raise, the first in seven years. The decision is expected to cause uproar among students who are already struggling to pay for higher education.

Members of the Undergraduate Student Association (USAC) created a “Fund the UC” campaign to not only make students aware of these changes, but to get them involved in advocacy against it. They designed gravestones that read “RIP Higher Ed” and “Here lies UCLA”. It’s a striking way to get their message across. 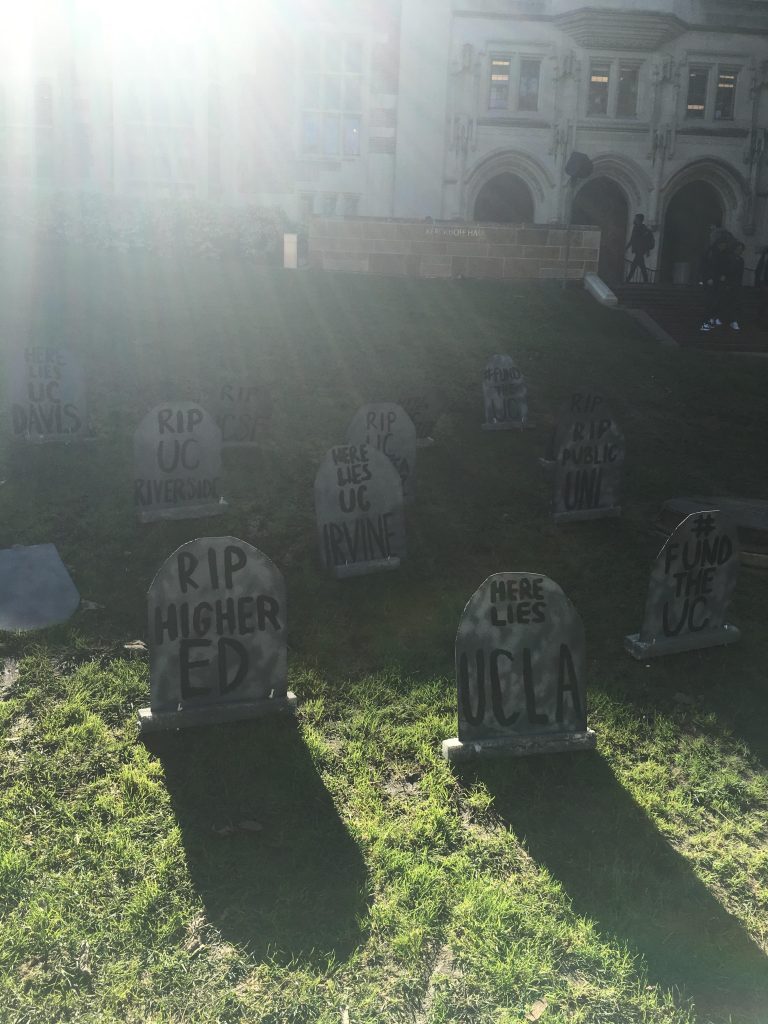 “What we’re advocating for is a reform to the commercial side of Proposition 13,” explained a representative. Proposition 13 deals with restrictions on property tax evaluations, causing losses to state revenue.

The reform suggests redefining these evaluations for large commercial properties, protecting the rights of small businesses but raising state revenue. It’s estimated that the state would bring in around 9 billion dollars, money that can be used to fund public schooling.

Fund the UC is encouraging students to sign a petition, found on their website, in support of the proposed reform. “Tuition is going up, and that’s just not okay,” said the representative. 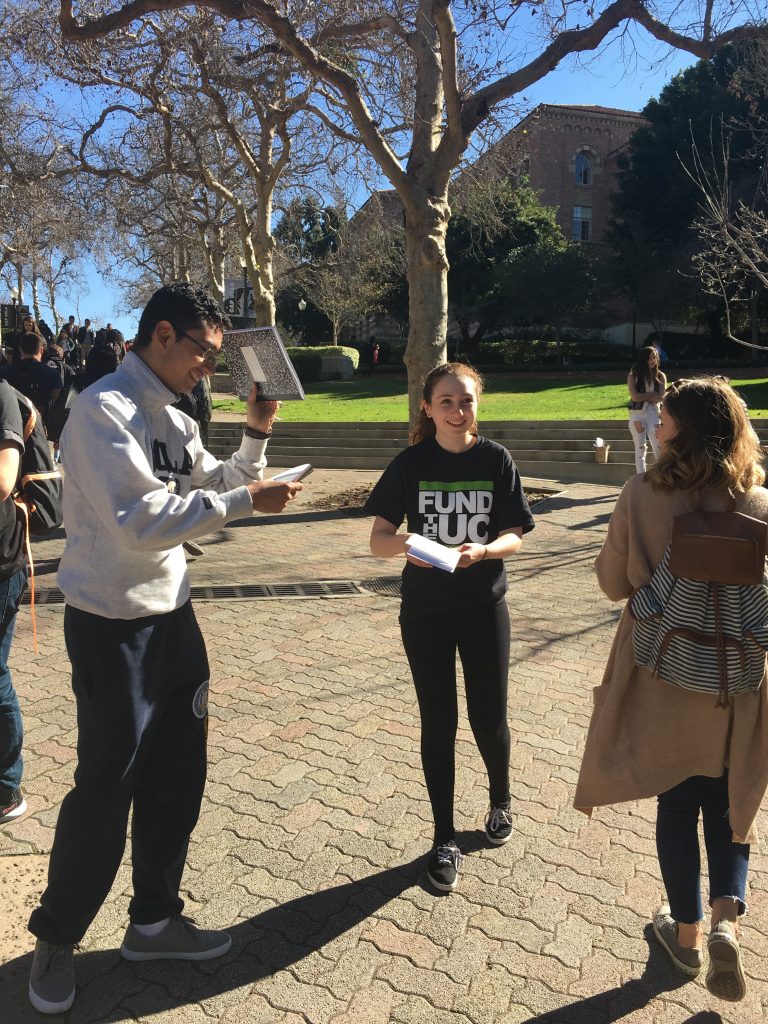 UCLA tuition would rise 2.5 percent for in-state students, and five percent for out-of-state and international students.