The most unique rapper in the game

Ugly God is a rising hip hop lyricist, producer and trend-setter with witty singles “Beat My Meat”, “Water” and featured on Carnage’s track “Rari”. Ugly God’s tracks are hilarious, are even more impressive with the catchy beats making any listener likely to nod or dab along. 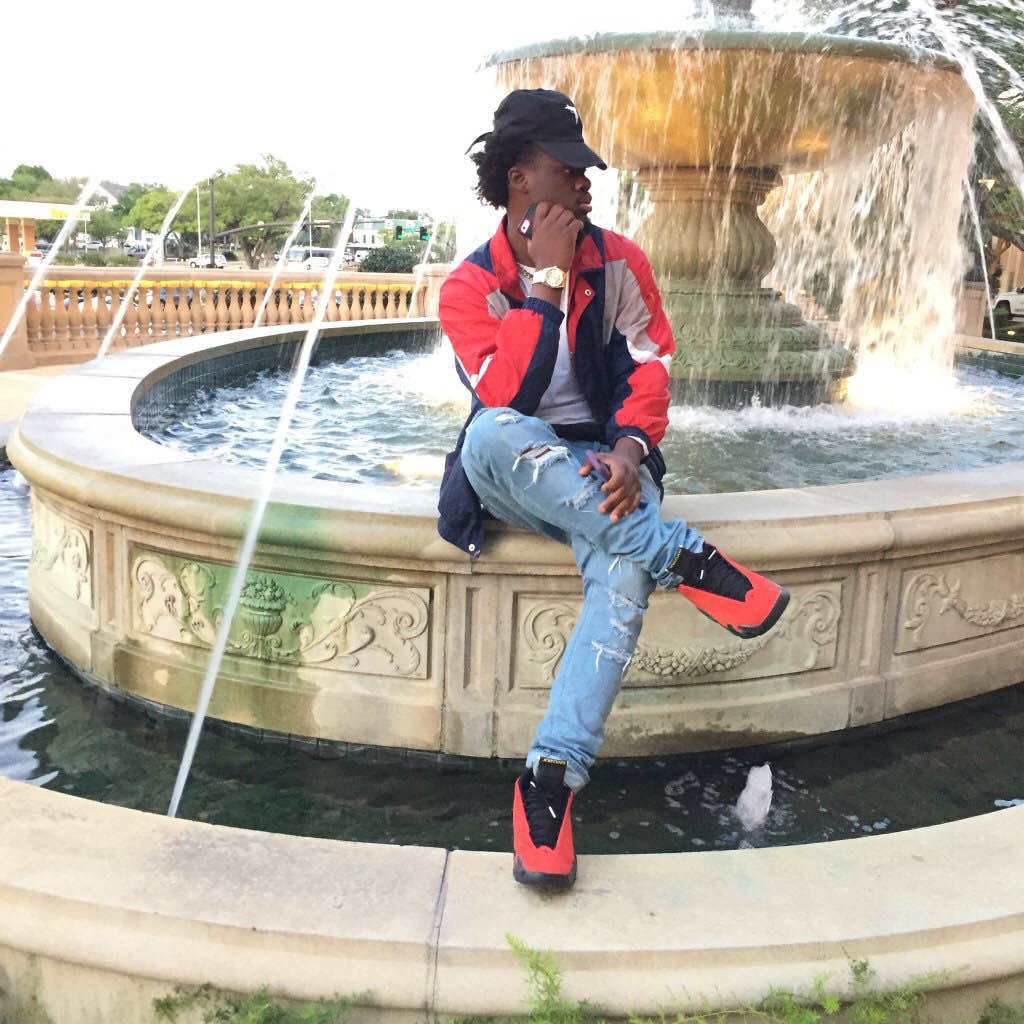 Indeed Ugly God is very ugly. Ugly God, a Houston native voiced his desire to help the ugly. He is aware that Los Angeles has a certain stigma of persistent beauty associated with Hollywood and many people accept this myth. However, based on a study conducted by Ugly God himself, rumor has it that ugly people lurk in Los Angeles by the hundreds of thousands.

Ugly God believes that the data he’s collected is often times dismissed by attractive people in this glamorous city. The visually disturbing people recognized as ugly are forced to cope with hostility. He looks to bring awareness of the plight of the ugly people, all while building a sense of pride for the Ugly Community he calls “Home.“

At what point did you realize you were ugly?

As a child I would see people on television such as Chris Brown, and yes they are handsome. I began to realize that I did not look anything like them. I was the complete opposite.

Where did the “God” in Ugly God originate from?

Like I said, if these guys are the most handsome guys on earth, then I’m the complete opposite, like I’m the ugliest guy on earth- I’m the God of this shit!

What are some negative experiences you have had, because of being ugly- (e.g.females, friendships)?

Back in high school, Talking to high school girls, I would say “Hey”, they would ignore me or say “eww, get away”.. Like what is that? I would rather get ignored. As far as friendships..The cool kids back in high school would go and talk to girls. These are top notch guys mingling with top notch girls and my face didn’t quite meet those standards to be a cool kid. It definitely affected the friends I made as well.

How do you feel knowing that your music inspires others who have had similar experiences or ugly people in general?

It’s crazy like.. Everybody mentions me via social media and I don’t want them to think I ignore them.  I see it all and I acknowledge them. And a lot of them are ugly as hell. Like I help people embrace the ugliness. Like I own this shit. I have my own brand, it feels great.

When did you begin doing music?

Did you ever think ‘Beat my meat’, and ‘Water’ would get the attention it has received?

Well, when I originally released  the song titled,“I beat my meat, it was my first song. It was unmastered, ignorant, and sounded like shit. I was surprised how many people liked it. I did my next track and it happened again. I don’t know why and I still don’t know how. But It is what it is. Depending on who you are, it influences your music appeal.

Who are some artists that have influenced you?

Heavily influenced by Soulja Boy, and also the fact that he was 16 and a millionaire.. It was outrageous. I fucks with Makonnen. I love Makonnen. Lil B of course. But at this point I’m not too supportive of anyone.

Where do you see yourself a year from today?

Like it’s weird you asking me that, like I never really think that far in the future. I live in the moment. I do want success and definitely would like to be well-off.

Do you have any competition?

Definitely competition, everyone wants to be the best. All these rappers and only one can be the best

Aside from music, and Ugly God taking females from their boyfriends- what does Ugly God like to do?

Any last thoughts or reflections?

I would just like to let it be known that..As far as I’ve come now. I am just as surprised as everyone else that I caught this wave I currently have. It’s crazy.

From this interview with Ugly God, I can point out that physical attraction is a critical asset of privilege many people possess. Physical appearance plays a major role in how people are perceived and this affects the ways they are treated. Opportunities of many are limited because prettier people are preferred. Being physically attractive for males and females grants them the attention and support they need providing them more benefits for anything they do. Furthermore, a person who has no other inheritances of privilege, specifically those of minority groups in this nation face a tougher battle in life when they are ugly. It is hard enough for some to be considered beautiful competing with those of mixed-race. Anyone considered beautiful is extremely fortunate. Furthermore, if you lack athletic abilities, intellect, and wealth you may be completely fucked. 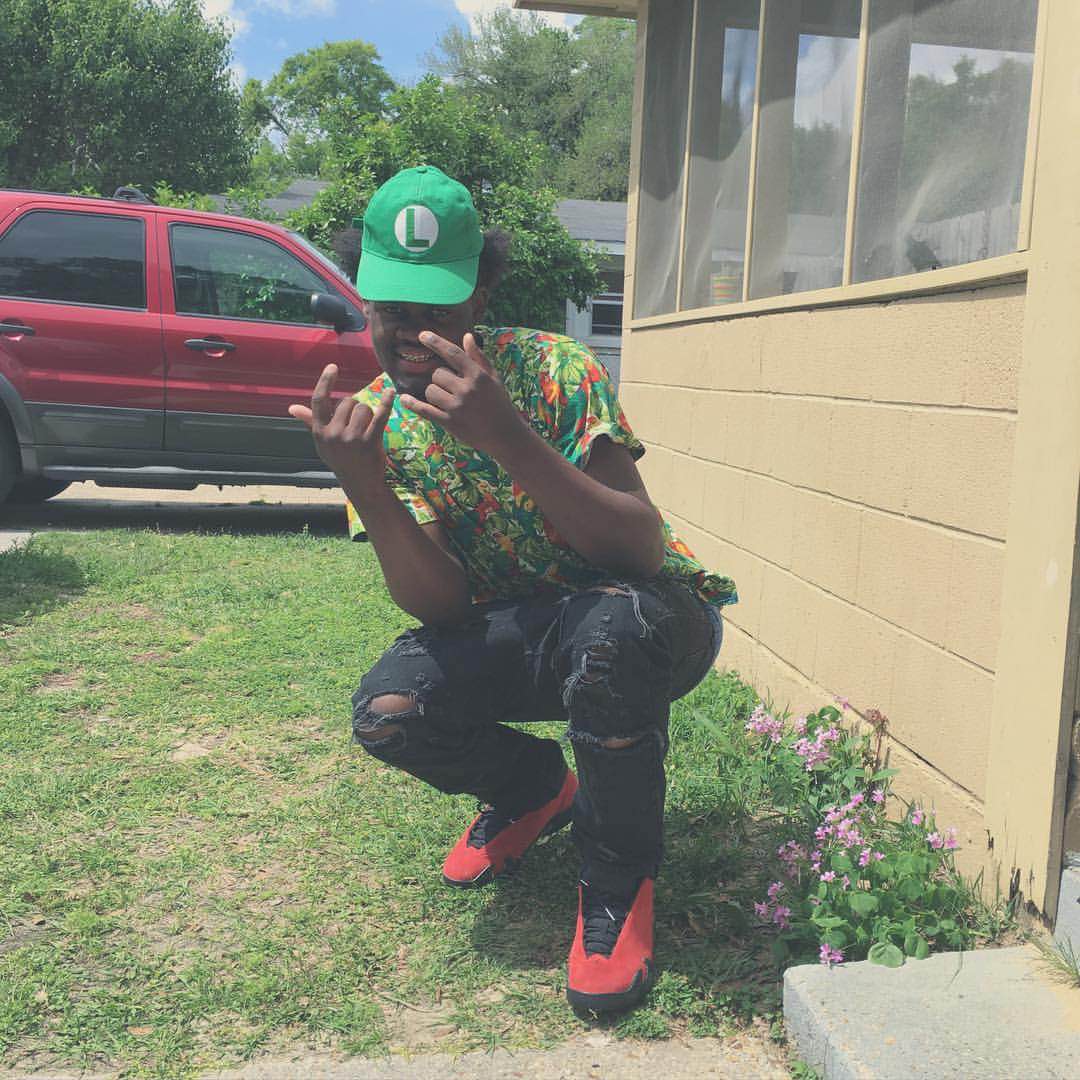 The movement Ugly God is promoting is one that seeks to empower the ugly people. Through humor the ugly may now embrace their status, and acknowledge the fact that they have been facing an uphill battle since birth. Therefore, it is twice as rewarding when they achieve success. It is very rewarding when an ugly person marries a pretty person. It is twice as rewarding when an ugly person is on television, making many people aware of the realities that not everyone is a model. It is critical for ugly people to know that they can still achieve success and have an impact on society despite their own oppression. They now have the perfect guy to lead them. Ugly God meets many of the categories of oppression, but he embraces these challenges to embark a journey to dismantle stereotypical judgments and create new perceptions.

Humor plays a key role in the reaction of any audience. A funny person that brightens a room is more likely to be granted attention they desire. With the content Ugly God raps on, such as “Beat My Meat”, and his upcoming single “Hoes with them Toes”, he can easily crack a laugh. A wise man once told me “If you can make a bitch laugh, you can get in them panties”. This has to be working for Ugly God as his lyrics speak on “taking bitches”, and that is quite a difficult task when you are an ugly motherfucker. However, it does go a long way as humor is a major plus in the personality factor of any relationship. Ugly God is promoting these extra factors many people can adapt to better themselves. I am in full support of this practice. I feel that if you look nearly as ugly as Ugly God, you definitely should be funny. You can also go to the gym and train to be physically fit. You can gain a sense of fashion because the thotterific females Ugly God raps about love fashion trends. Get that haircut fellas. Ladies should definitely apply the several pounds of makeup if it is necessary. There are times we all feel ugly. Ugly god is portraying to every audience, that they can always work to improve themselves in a variety of ways to become a better prospect.

In addition, Ugly God is making music a place open to discussing things with no shame. He discusses topics that many people can relate to. Aside from being ugly, his habits such as “beating his meat”, is one that I am sure many men, mature and young are currently doing. It is one that many men will continue to do. It is a practice that relieves stress, and is not at the expense of pregnancy, sexual transmitted disease, or rape charges. You can even avoid the feeling of getting rejected for posing the question “You tryna fuck?”, or just the awkwardness in general leading up to sex in relationships. It is free and to the pleasure of one’s self. Abstinence is key. Moreover Ugly God is an ass man. He prefers ass over titties, and many men can relate. Many women can feel prideful of their physique and continue to hit the gym and work on gaining an ass. Ugly God’s desires in my opinion encourage people to be better. Ugly God puts his reality in the music scene, letting it be known that his practices are very common, and in his case rewarding. Maybe we should all be like Ugly God, embracing ourselves through humor, and enhancing ourselves in ways we realize we can improve. Thanks Ugly God.