The UCPD implemented a body-worn camera program late last year, for officers on duty meaning that University of Chicago police now wear constantly recording cameras as part of their uniform while on duty.

The student body has had a largely positive reaction to the new body cameras so we talked to Chief Walker and Officer Jones to find out more and see how they felt about the program. 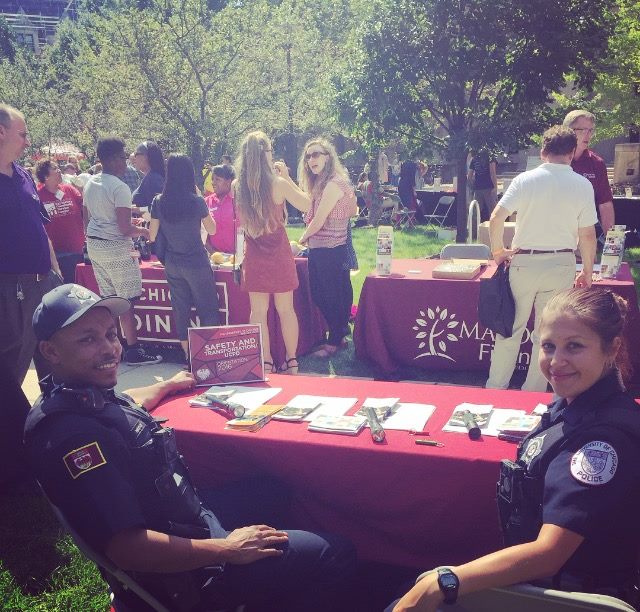 When we think of police cameras, we often think of evidence brought up in court because it’s easy to assume the main purpose of police cameras was to protect citizens from police violence and protect police from false accusations.

But Chief Walker explained that this is not the primary purpose of the body-worn cameras, he said that primarily, the video was used as a training tool to help officers see how they acted under specific circumstances, and discuss with a larger group.

He went on to explain that this could be a discussion both of tactics and personal interaction, and that when they are looking over videos, they discuss both of these aspects. The chief recounted a formative moment in his career before he became a chief, and his superior broke down footage of him taken on a dashboard camera. This experience helped him to better think about how he could do his job tactically, and how he could make interactions with citizens as respectful, safe, and anxiety-free as possible. 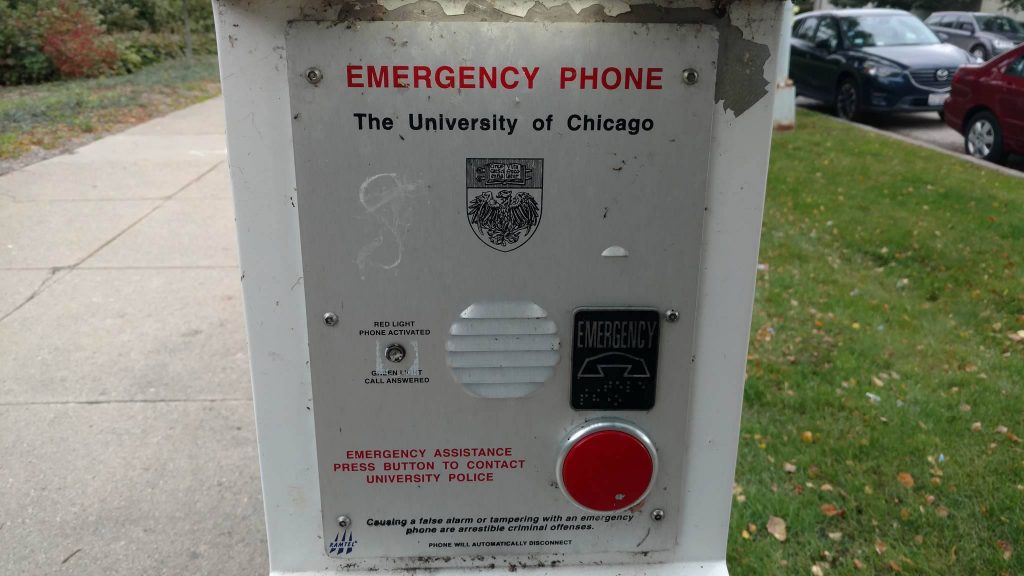 He emphasized that video analysis was an invaluable piece of his continuing training. He also discussed that there are reviews of questionable behavior both within the department and with university administrators that may not be addressed in court, but can be handled at a lower level.

The police feel as though the cameras provide them protection and empathy. Officer Jeremy Jones summed up his positive feelings about the cameras saying you “can’t go wrong with a tool that lets others see what we see.” He went on to say: “you can be a police officer for that moment – whether that’s an interview on the street or a more dangerous situation.” He hopes that this will provide not only legal protection for both officers and community members, but also a sense of community and empathy. 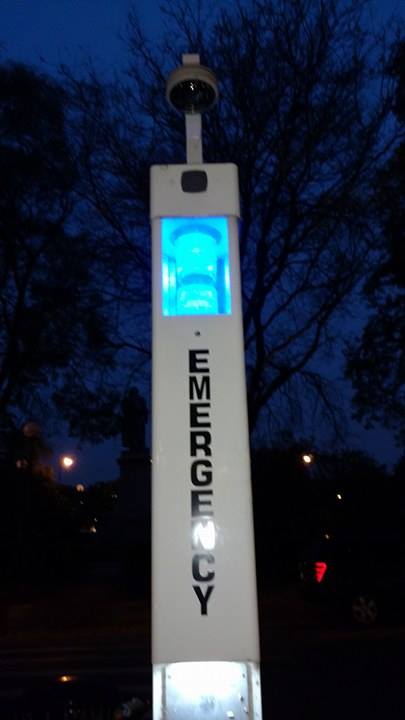 Officer Jones and Chief Walker both said that they had not yet heard any officer complaints and what feedback they have gotten from the community has been positive. Officer Jones noted that both on and off campus, the cameras generally do not come up in conversation but he emphasized `’most community members, students, faculty  – no one has an issue with it.”

Chief Walker talked about some of the UCPD attempts to open discourse with the community through discussions with “community neighborhood groups” before and during the initial implementation of this program. 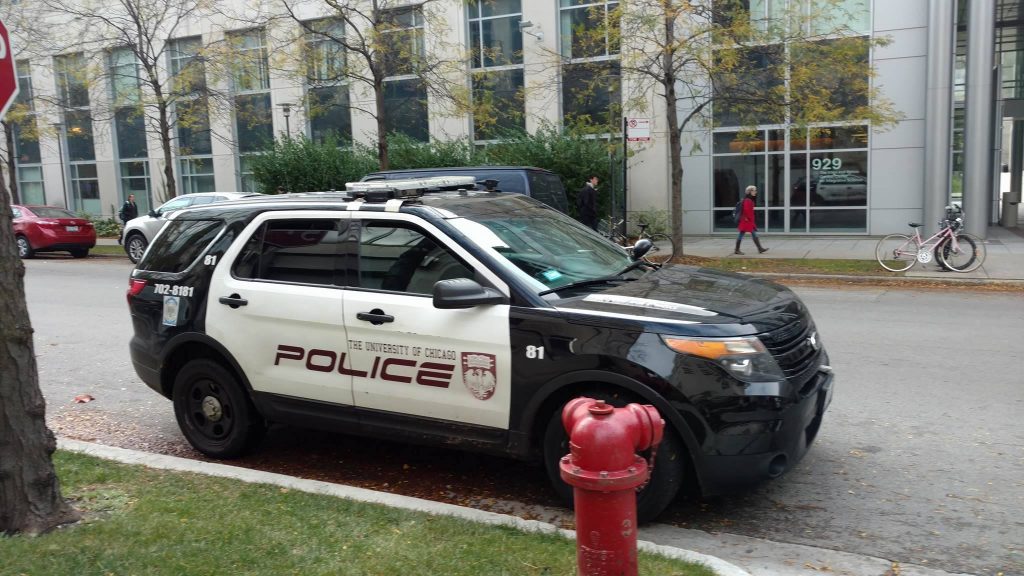 The cost of the cameras is not public information, but Chief Walker said that the UCPD had “similar costs to a public entity” of similar size, and that the costs were worth the benefit. The most expensive part of the process is data storage, and so, as is industry standard, the UCPD stores video for 90 days unless the video is flagged for some reason.

Chief Walker said that practically they “can’t store data indefinitely” but that 90 days should be enough time to flag a video for more use.

The officers also expressed enthusiasm for the Chicago Police Department’s implementation of their own camera program. Cameras are being brought into specific districts, and will move through the rest of the system.

This is a difficult time in our country where the news is dominated by police violence, and Chicago especially has had a tremendous amount of trouble with violent crime and law enforcement. 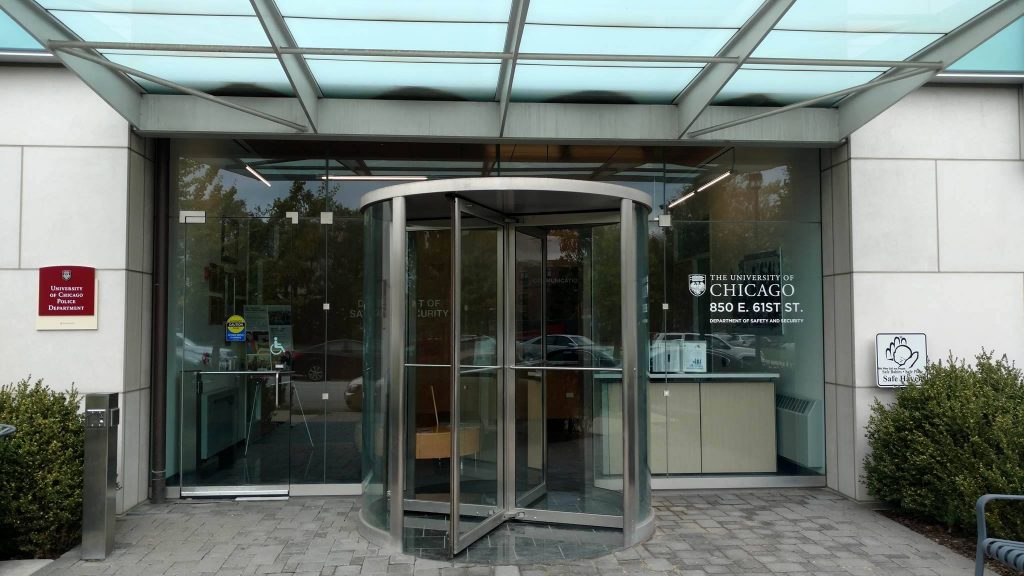 The University of Chicago Police department believes that body cameras can help mov e towards a solution. Officer Jones expressed his personal approval of the cameras, saying: “Honestly I love them. It gives us a unique perspective, it gives the community a unique perspective”