The 2020 letter is controversial, but not for the reasons everyone thinks

A poor choice of words led to national headlines

Most colleges send incoming freshmen a bulky orientation packet stuffed with schedules, stickers, and pennants to drum up excitement in the weeks leading up to freshman orientation.

What did UChicago mail the class of 2020 in anticipation of orientation week?  You guessed it: a bold condemnation of intellectual safe spaces and trigger warnings.

Dean John Ellison wrote what is now commonly referred to as “The Letter.”  In it, he establishes the university’s “commitment to freedom of inquiry and expression.”  Dean Ellison argues that the university community’s strength comes from its “diversity of opinion and background.” 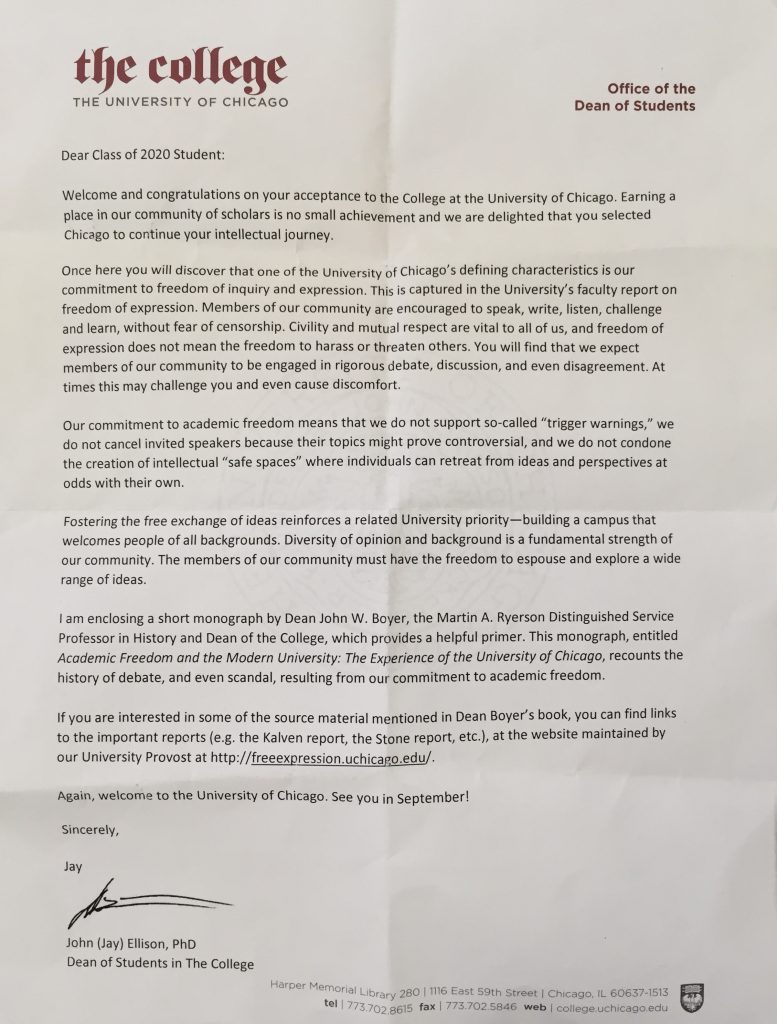 Basically, don’t expect to stay in your comfort zone.  Don’t think you can avoid ideas that challenge your own.  Sounds great, right?  Of course, but we haven’t gotten to the controversial part yet.  Dean Ellison writes:

“Our commitment to academic freedom means that we do not support so-called ‘trigger warnings,’ we do not cancel speakers because their topics might prove controversial, and we do not condone the creation of intellectual ‘safe spaces’ where individuals can retreat from ideas and perspectives at odds with their own.” 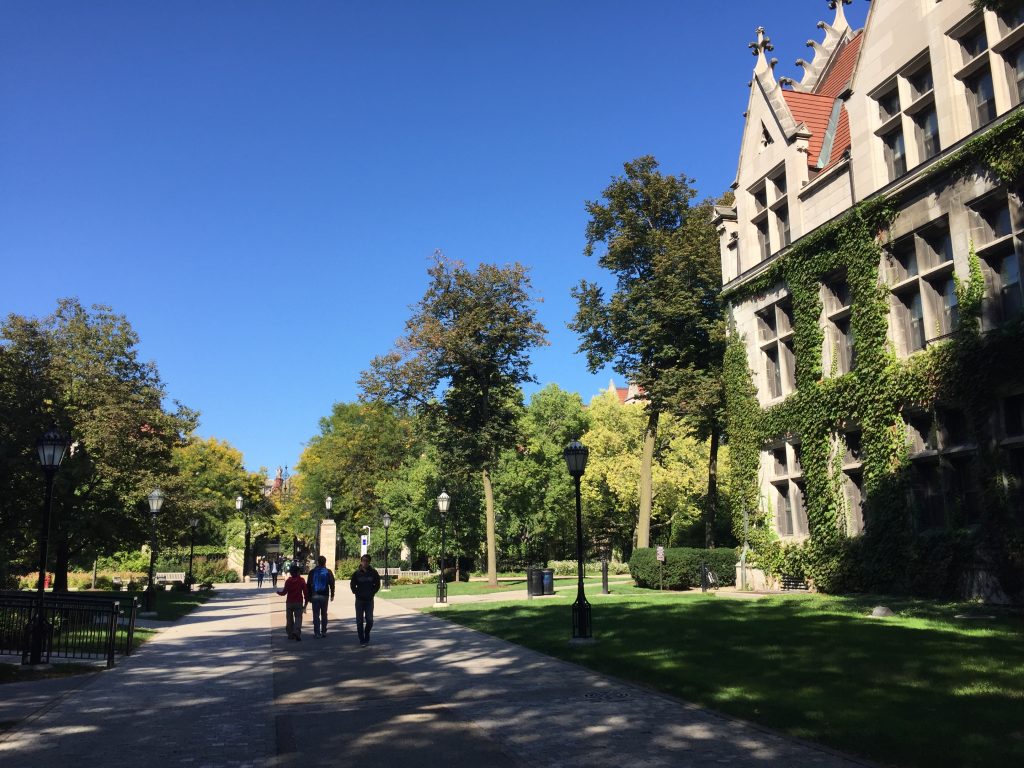 Woah.  Two buzzwords immediately jump off the page: “trigger warnings” and “safe spaces.” Both terms refer to accommodations for people who have experienced past psychological trauma, whether it be abuse, rape, or other mental illnesses.  Is the university really so outwardly inconsiderate of their needs?

The short answer is no.  Along with the contentious letter, the university sent a copy of Dean John Boyer’s book Academic Freedom and the Modern University: The Experience of the University of Chicago, a dense read that chronicles the university’s history of commitment to academic freedom.

Gabe, a first-year economics major, felt that Dean Boyer’s book should be considered more in the discussion. He said: “Although Dean Ellison used the terms ‘intellectual safe spaces’ and ‘trigger warnings’ in controversial ways in his letter, I think the 97-page book on academic freedom at UChicago sent to us alongside the letter sums up the university’s position.

“They’re clearly stating that faculty and students should explain their views considerately but also hold the right to their own beliefs.”

Because what’s more UChicago than sending a 97-page book to explain a one-page letter?

The trouble remains that the university explicitly states it does not “support” trigger-warnings.  Why denounce something that doesn’t hinder academic freedom, but actually promotes it by enabling those with mental illnesses to fully participate in the discussion?

As a member of the class of 2020, I take issue not with the philosophies presented in The Letter, but ultimately its unnecessarily extreme language.  The actual substance of The Letter and Dean Boyer’s book warrants little controversy.  In fact, as a new UChicago student, it makes me immensely proud to be a part of this community.

It’s the careless use of terminology that has fueled the public outcry and media attention, not the ideas behind them.

“While the resulting conversations about academic freedom and sensitivity are important, the letter itself doesn’t seem like it should be particularly scandal-worthy,” said Grace, a first year archaeology major.

We were promised more discussions about The Letter once we arrived on campus.  Well, where are they?  Why is the university waiting to clarify its positions?  Could there be some benefit in allowing the publicity to run its course first?

It’s also worth mentioning that the timing of The Letter was suspiciously convenient, making headlines as countless high school seniors were developing their lists of college applications.

The jury is still out on The Letter.  Is it an academic trailblazer or a publicity stunt?  In the opinion of this first year, the answer is a resounding both.