The latest twist in the UC Davis’ Milo Yiannopoulos debacle is underway, as he is leading a protest through campus.

Hundreds of Milo fans are demonstrating against the university after his speech was canceled last night amid heated exchanges between his fans and opponents – feces, stink bombs, and eggs were seen flying in the mix.

After the event was canceled, Milo said: “My event at UC Davis tonight has been cancelled after violence from left-wing protestors. There are reports of hammers, smashed windows and barricades being torn away. The campus police can’t guarantee anyone’s safety so I’m not being allowed anywhere near the building. Stay safe, everyone.

He posted a rallying cry on his Facebook page earlier: “Come join us at 1pm today in the quad at UC Davis to protest the university’s pathetic failure to protect free speech.” 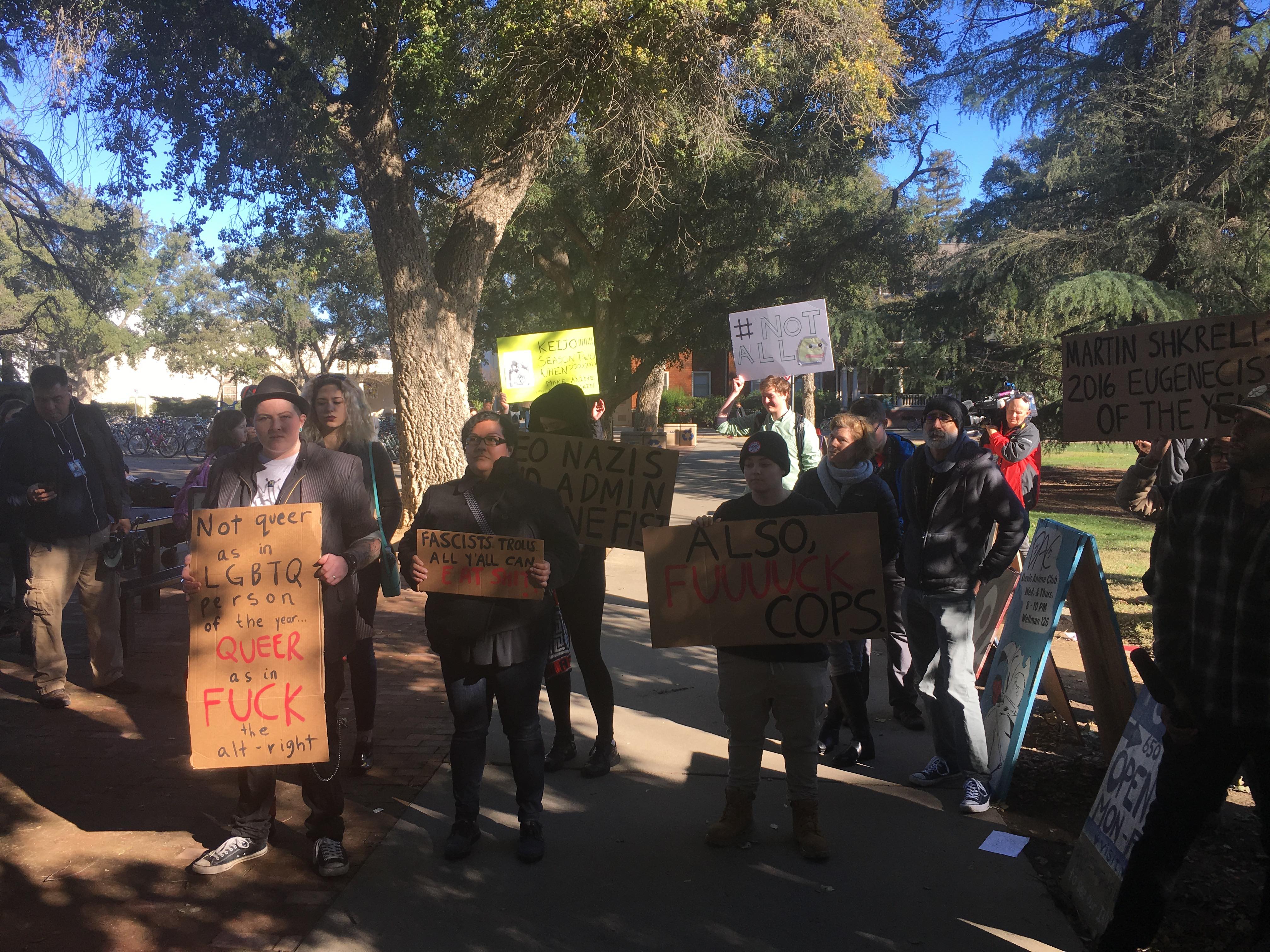 The scene before the protest

When asked what he thought about the protesters, he said: “The only response is to give the middle finger. They can go fuck themselves.”

And when asked what his speech would have involved, Milo told a reporter: “My message was demonstrated perfectly well by what happened outside, it almost made my speech redundant.” 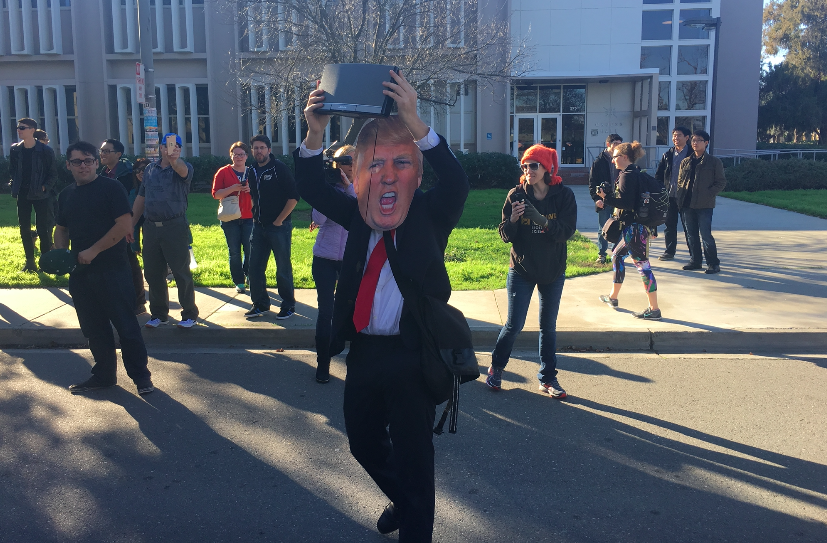 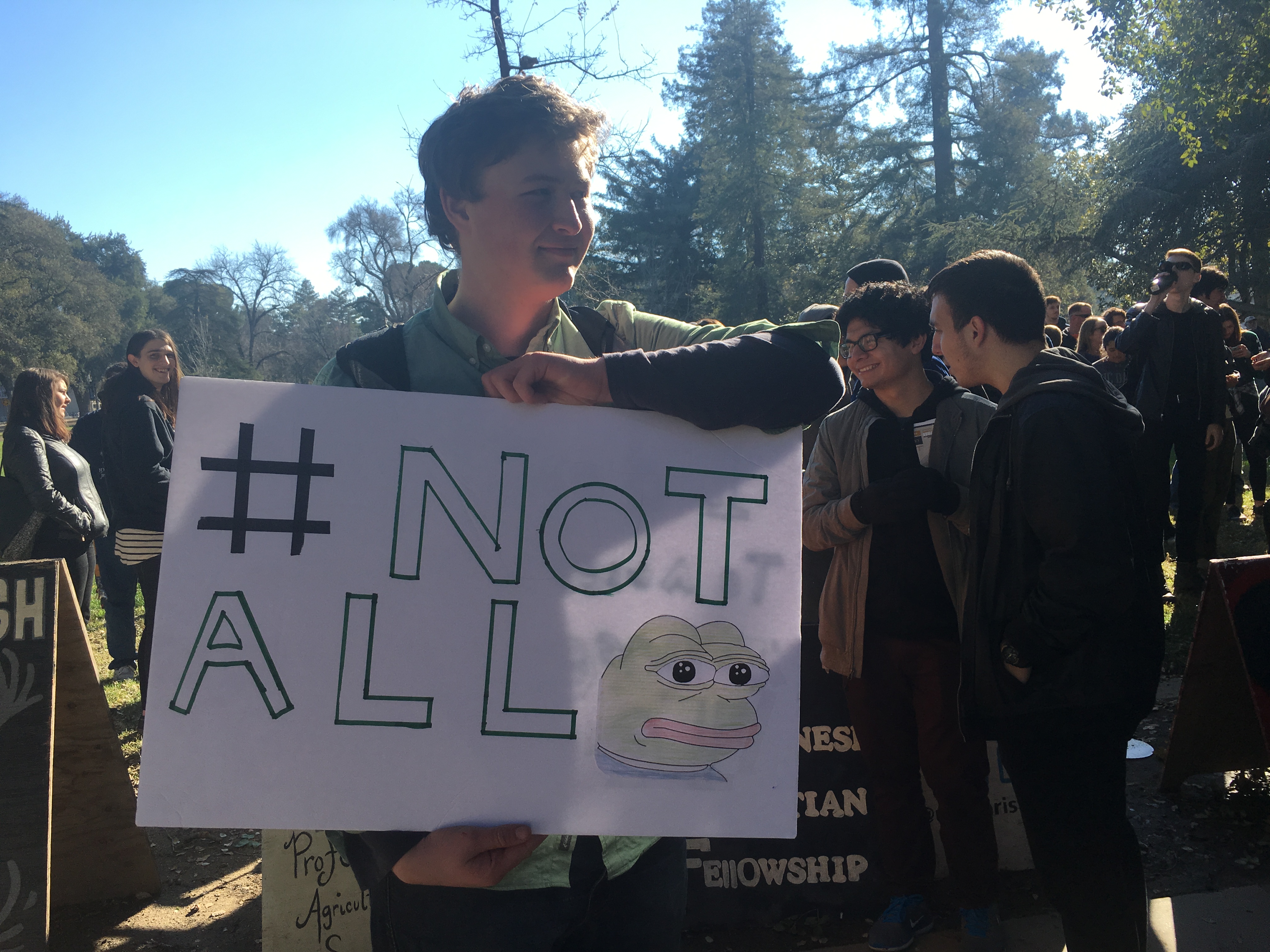 He ended his 15-minute speech with a diss to UC Davis, telling the crowd: “Be brave, you’re in the belly of the beast at one of America’s most liberal campuses. The whole UC system is pretty fucked.”

On the march, a cameraman tripped over a bike stand, but seems OK. 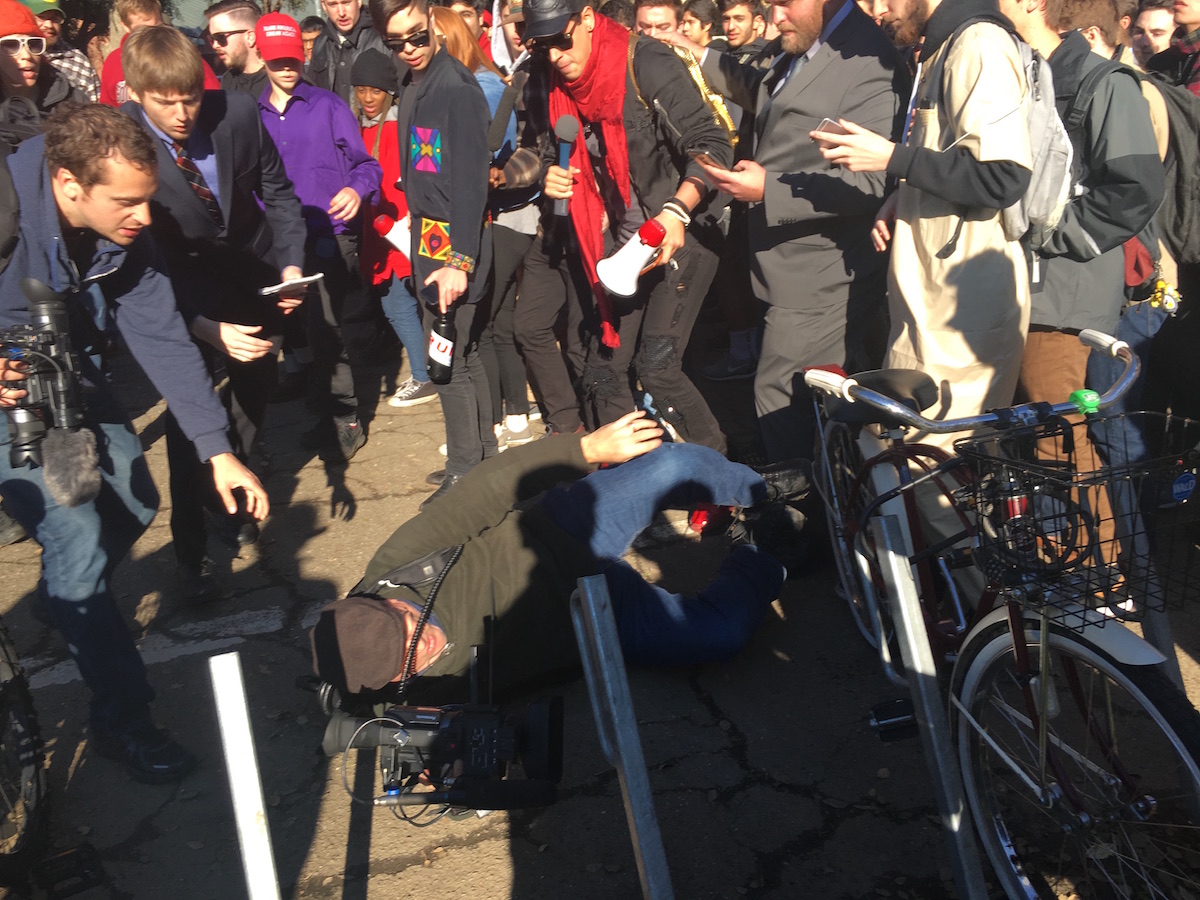 Milo fans are now recreating the infamous footage of the 2011 pepper spray incident, this time with silly string. 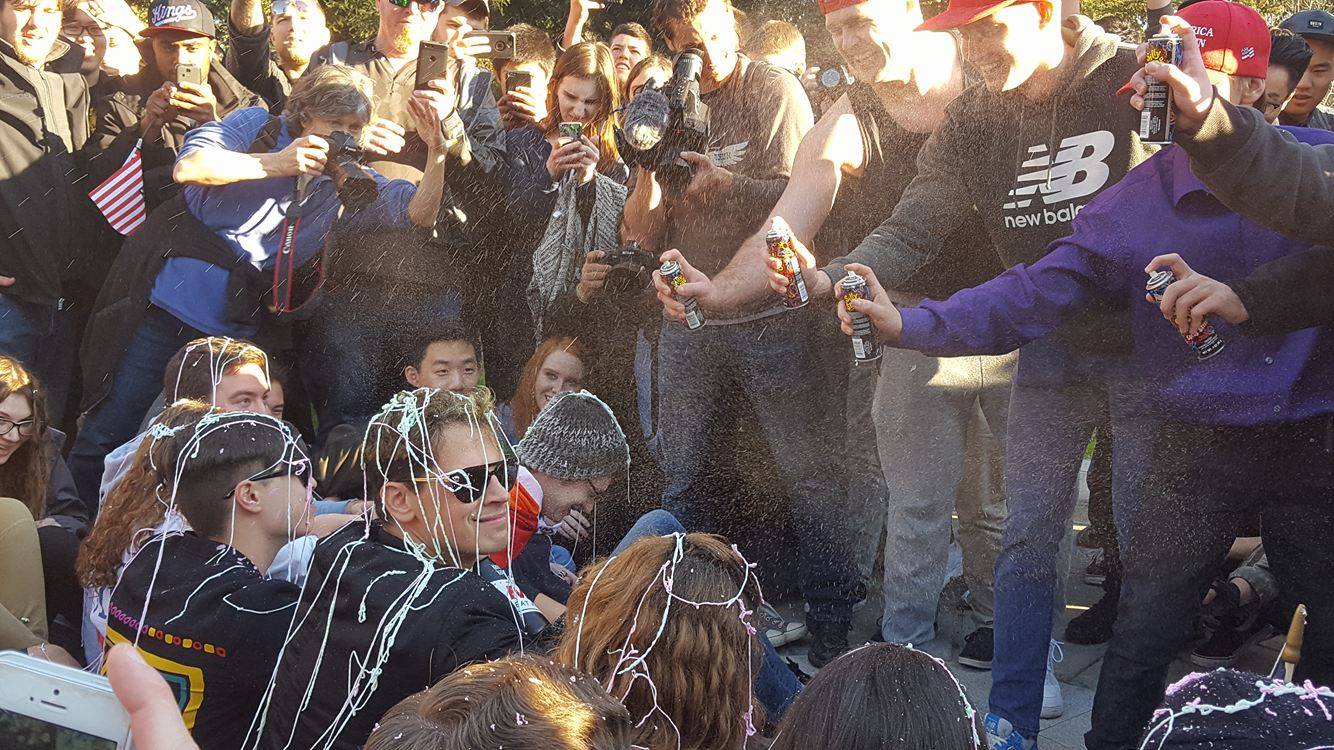 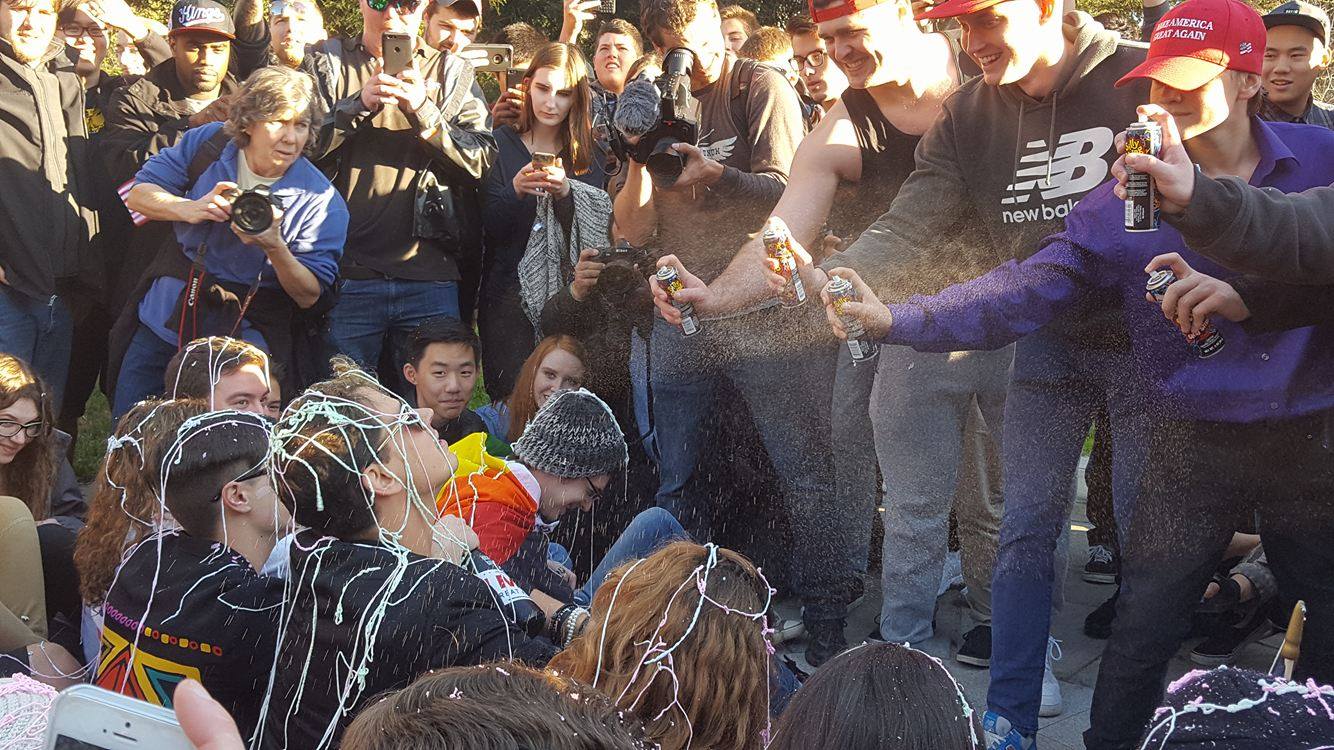 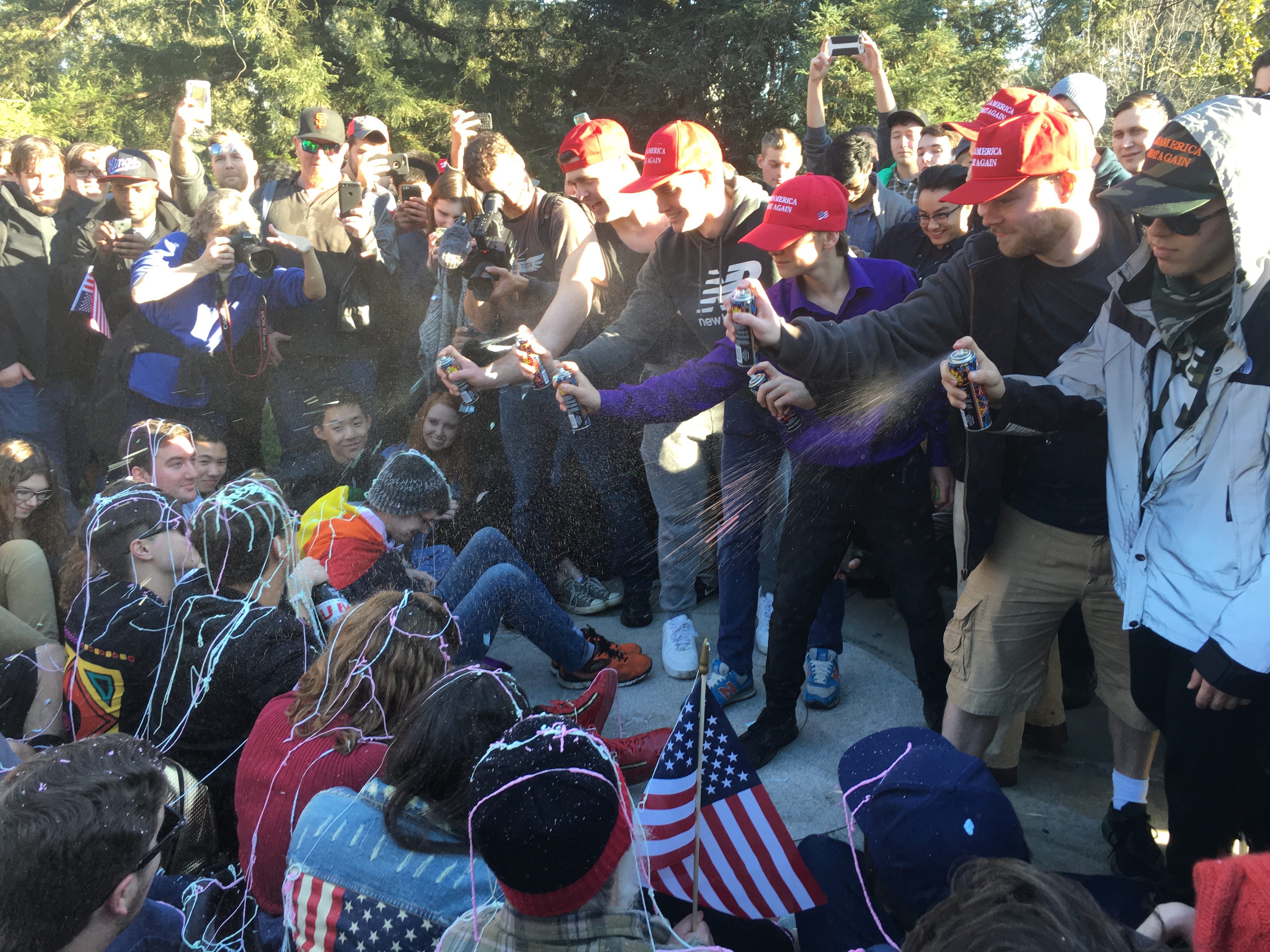 Milo then spoke to reporters and fans, including a guy dressed up as Trump, and took selfies in front of a Shkreli sign. 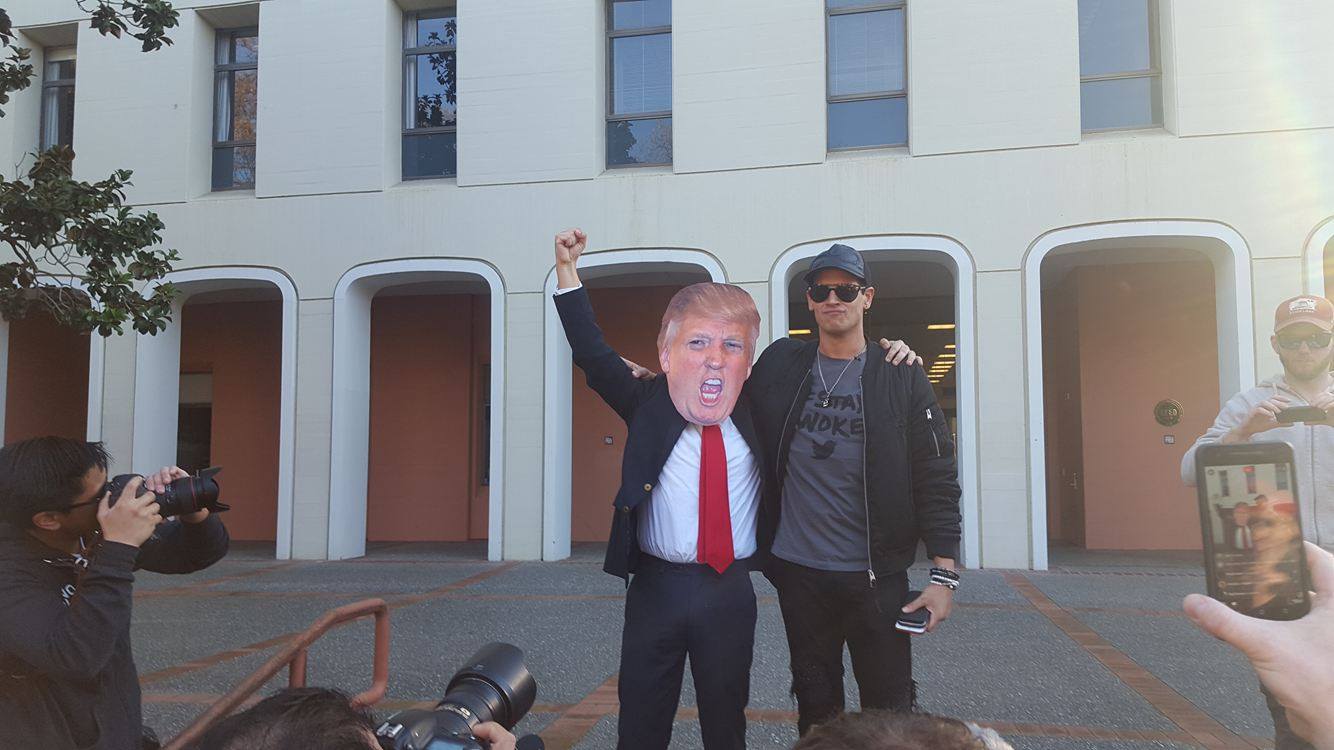 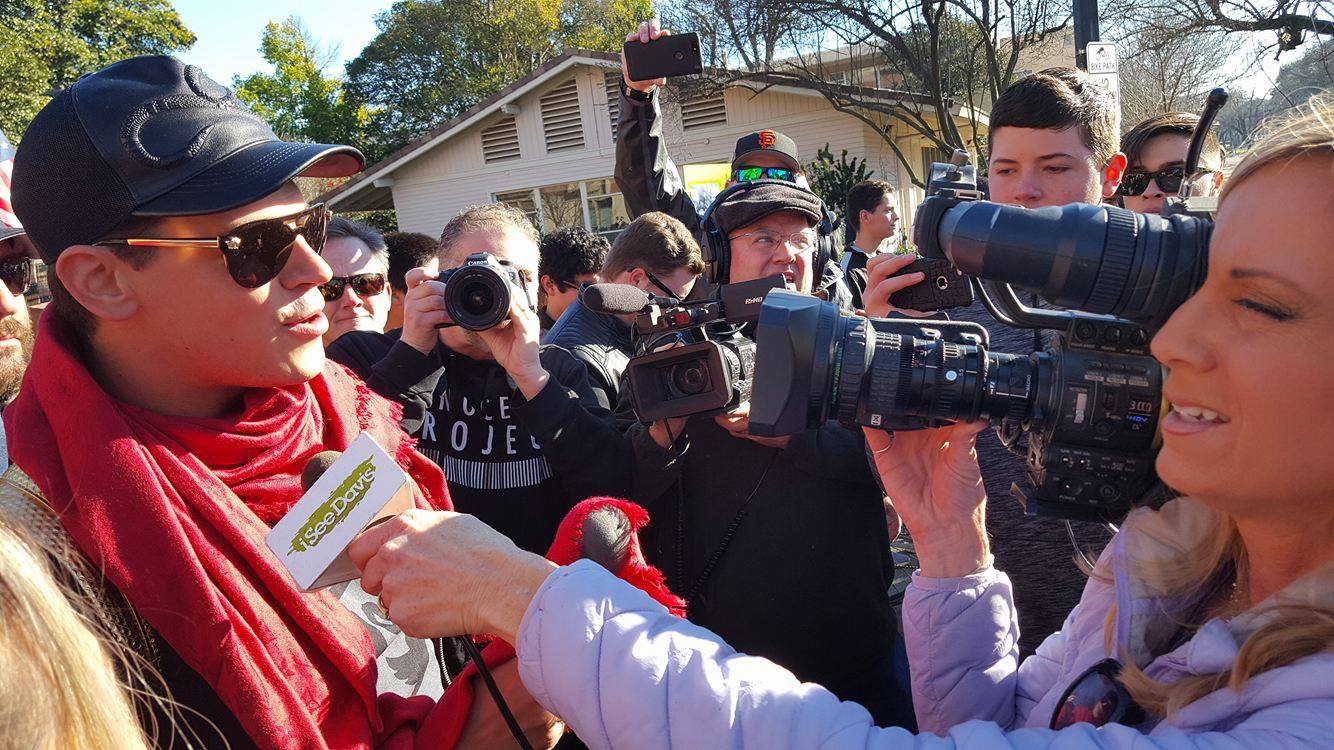 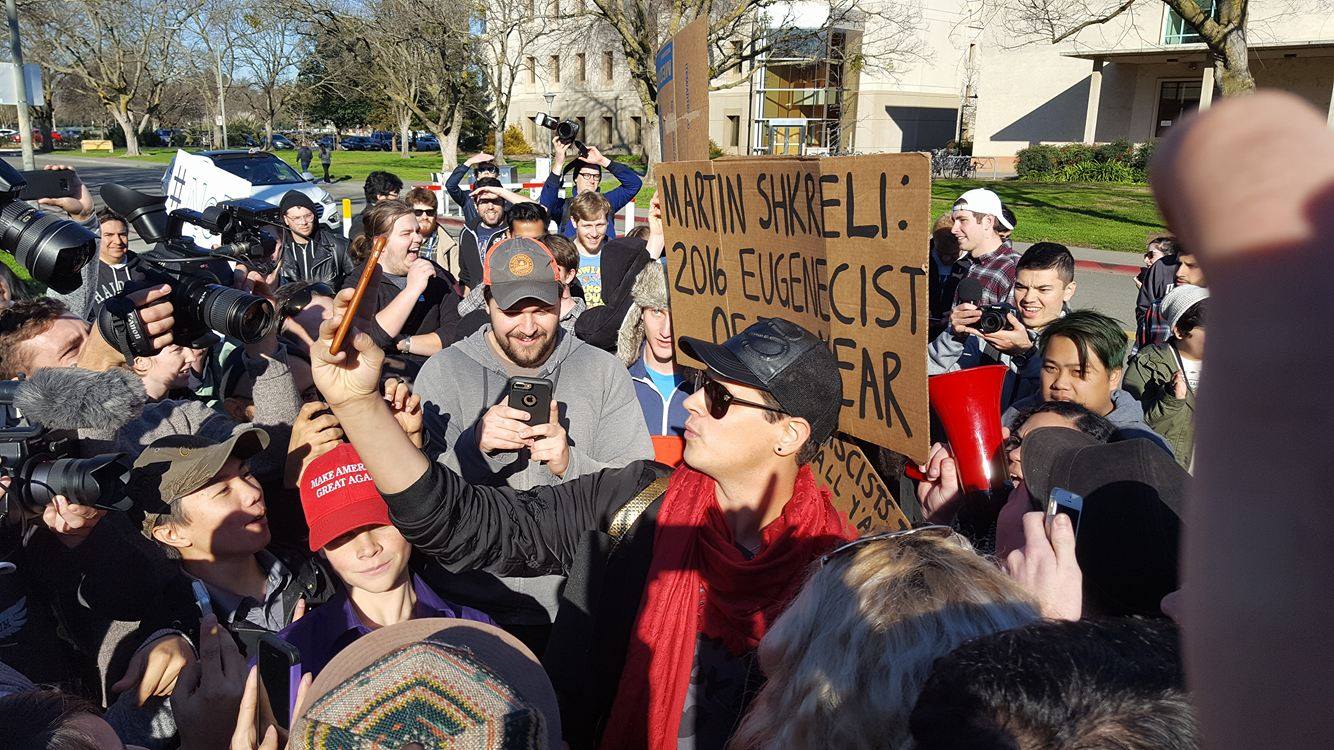 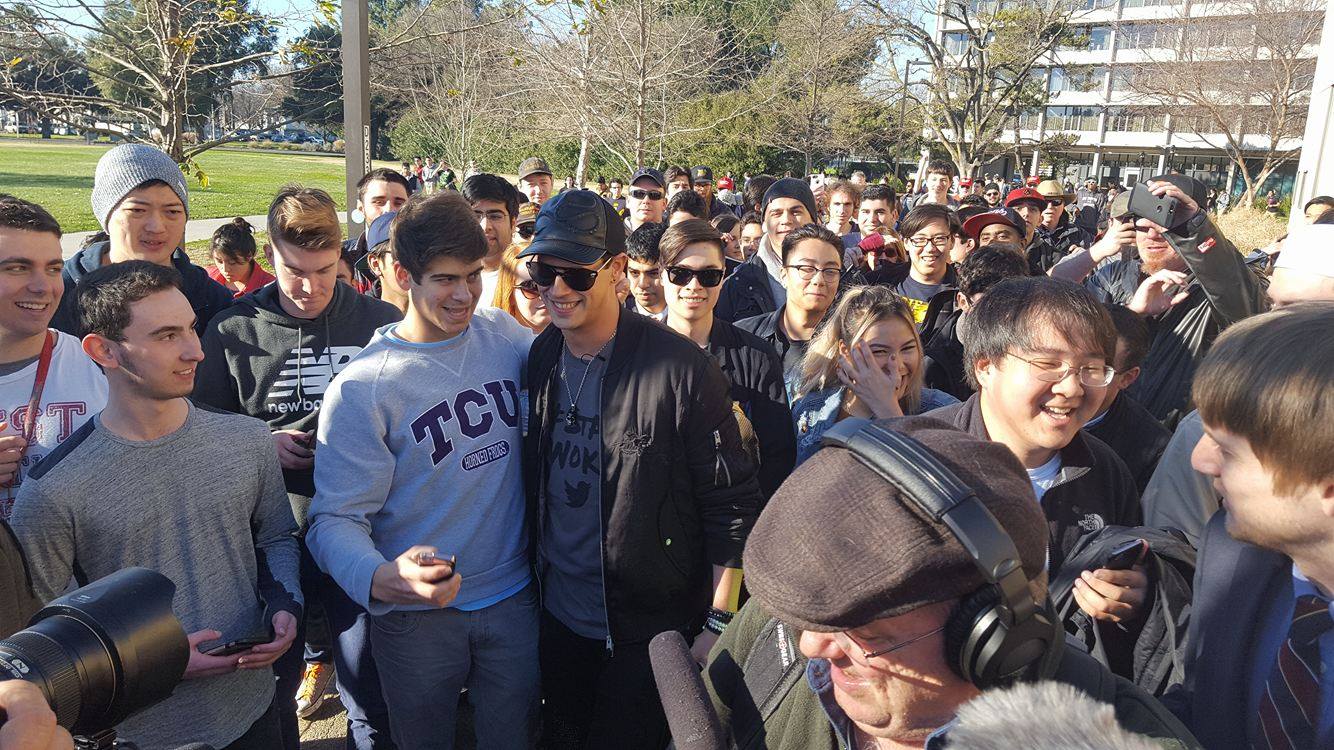