Why it was worth participating in #NoDAPL protests at UCD

Our voices did not go unheard

Of all the many things that makes UC Davis unique, the unbridled enthusiasm and passion of its students for social causes is perhaps the most encouraging of them all. On November 21st, students participated in a protest against the Dakota Access Pipeline.

We spoke to Evan Steel, a 21 year old Environmental Policy Analysis major from Northern California, who told us how he got involved in this protest started by Francisco Ferreyra and what this all means to him.

“Francisco was really the one who inspired me to become more active on supporting those at standing rock and protesting the DAPL.” he said, when asked about how he first got involved. This is a very personal fight for me however, coming from a place of privilege I am becoming more and more disillusioned with the political and social climate we live in here in the US.” 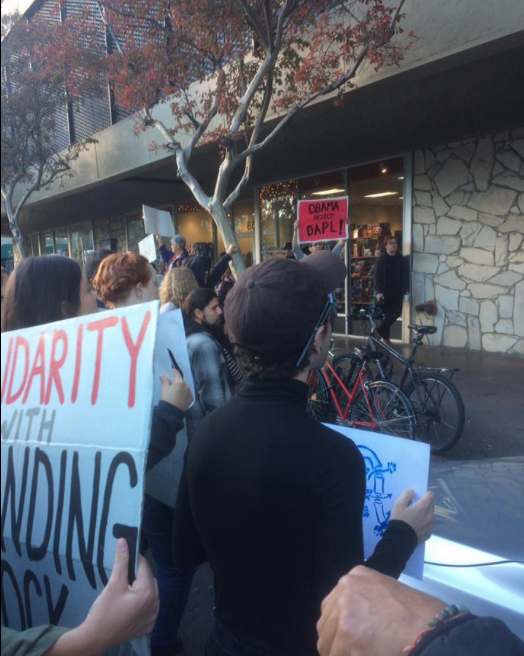 “He echoes the sentiments of many of his classmates, and particularly those who participated in the protest. “The genocide and cultural erasure placed upon the native people of this land at the hands of our government is despicable and the continued lack of respect for our environment and the people and ecosystems who depend upon it is unacceptable.

When asked about what his involvement entailed, he said: “I helped to spread the word for the event and I contacted several local news agencies including Aggie TV and the Enterprise to make sure they were aware that it was taking place.”

He concluded by saying: ” This issue is extremely important not only for the protection of our clean water sources, the safety of our citizens, and for the advancement of a strong political voice for native people, but also for setting precedent for other movements that seek to fight social and political systems of oppression.” 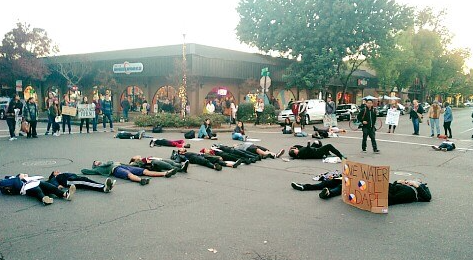 Also spoke to the man who started the protest effort, Francisco Ferreyra, 22-year old Community and Regional Development major in his 3rd year, about how he feels.

“The climate crisis is the most pressing social justice issue of our time and threatens our public health, national security, human rights, along with the environment. And so, this Dakota Access Pipeline is just one of many faces of the same fossil fuel demon that threatens to severely deteriorate life on Earth as we know it through extreme energy extraction.”

“The water protectors at Standing Rock are my relatives just as they are yours, that’s why its so important to me to help organizing the Davis community and continue to aid them in this battle against capitalism.”

This fight will not be over with one protest. It may not even be over after a thousand protests. But, it is vital to keep fighting nonetheless, because only then will justice prevail. UCD students like Evan Steel and Francisco Ferreyra are realizing this, and it is up to the rest of the world to speak out loudly and boldly  for those whose voices are being silenced by the cacophony of injustice.

The resounding words of protestors both in Davis and across the nation have not gone unheard. The pipeline is in the process of being re-routed, and a breath of relief is being exhaled by all. Justice prevails, after all. 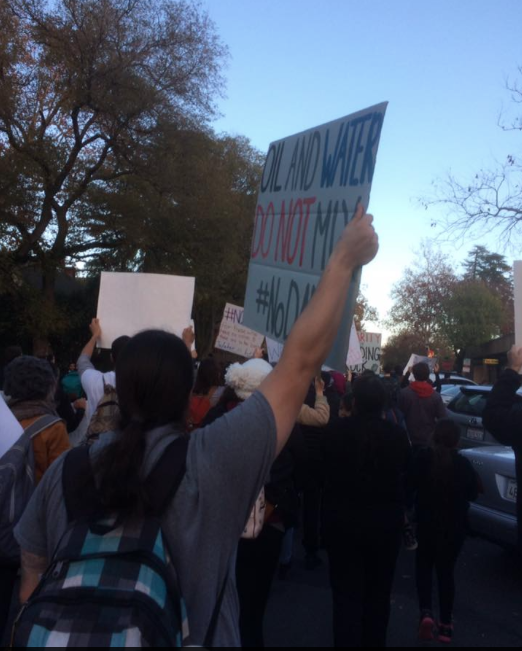 UC Davis students and Davis community members march together in opposition of the DAPL on National Day of Action. https://t.co/Z6krZy6wm5