We sat down with Alex T. Lee, ASUCD President

Meet the man responsible for voicing the opinions of 27,000 students

Many of you might know Alex Lee as a friend, or seen him around campus shaking hands and kissing babies, or hanging out at an on-campus event. As our ASUCD President, Alex has an insane amount of responsibilities and added to the list is the current Chancellor crisis.

The Tab sat down with him yesterday after the Chancellor Search Town Hall and asked him about his plans for the rest of the year and his feelings about campus post-Katehi.

How do you feel the event last night went?

I think it went pretty well. I was nervous if people would show up, but I think the group size was conducive to conversation.

We are going to make an effort yes. I want to see how the meeting tomorrow goes and how Elly and Brian feel. But we definitely want to do some kind of follow up or continued discussion. Hopefully there will be tons of information sharing among students. The committee members are in a very delicate situation where they’re supposed to have confidentiality about the process, but also need to balance that with informing students. That’s a tough job, but they have proven leadership experience that I think will make them successful.

Up front, the administration doesn’t provide a lot of information, you have to ask for it, the process is very nebulous. It can be confusing, but in my role as President I take on a lot of research to find out what’s going on. I mean, I’ve been dealing with this issue of finding a new Chancellor since the first day in office! The Regents’ policy is not easy to look at, as you can tell from last night, there are varying degrees of understanding. The system is not set up like a true democracy, more like an oligarchy, it follows a real captains of industry model. I’m hopeful that today we can start leaning towards Regental reform, which will definitely be a long term process.

What are your goals for ASUCD in the coming year?

I want to work on improving our business practices, expanding our service output and improving financial sustainability. For example, we want Tipsy Taxi running 7 days a week instead of just on the weekends. We’ve already seen some expansion in terms of the CoHo expanding into Bio Brew, the MU East Wing will open soon with new Convenience store inside. We also want to work on voter turnout and registration, hopefully we can host a big event around that.

ASUCD elections are actually the same week as the Presidential election, so make sure everyone on campus can vote. Civic engagement is a UCD experience and we want to work on fostering an atmosphere of dialogue and democracy. A big part of being President is not making a general statement of “this is what students think” without doing my research. I try to reach out to communities, create the atmosphere for a dialogue, understand the day-to-day of being a student at UCD.

I think sometimes the administration leans on leaders too much. It’s like, just go ask, see what people are looking at or interested in! I try to stay plugged in and a modern Chancellor needs to do that, basically stay informed and listen to students. 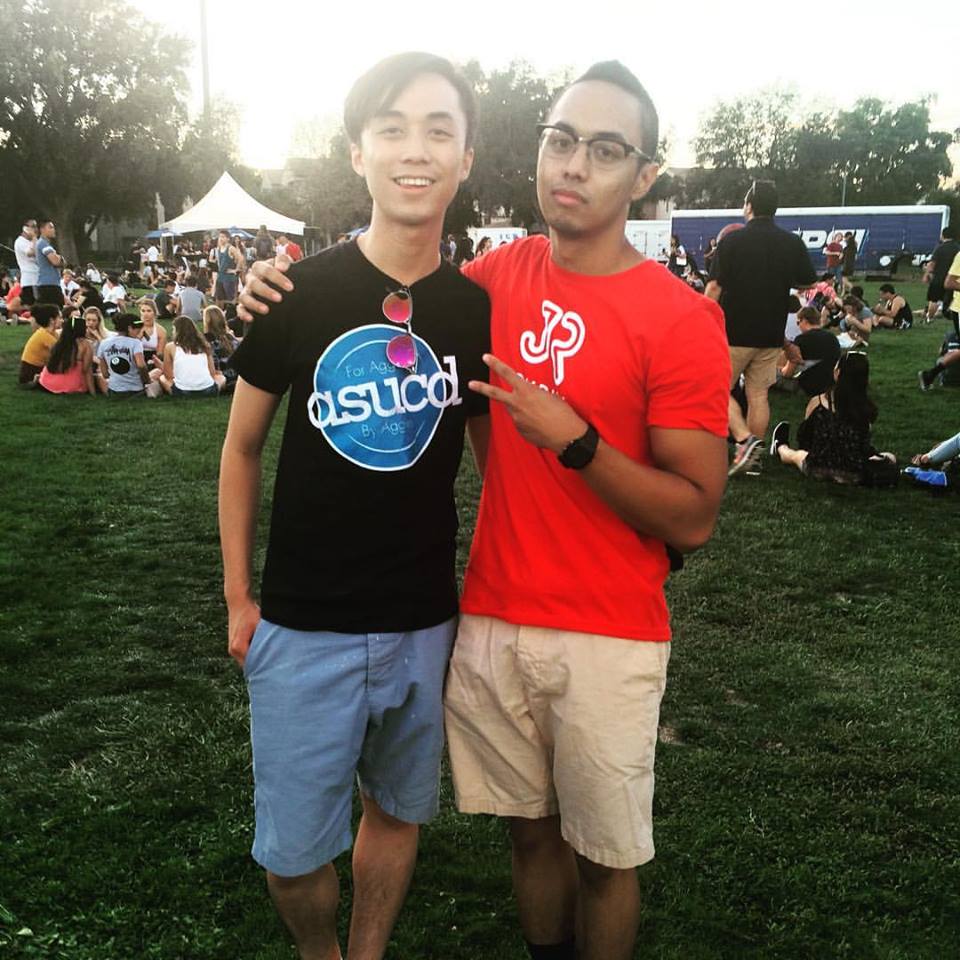 So I know last year you had to obviously engage with our former Chancellor a lot to try and improve student to administration relations. What was it like working with Katehi?

Well, my predecessor did a lot to build bridges back with administration, in order for any work to be done you have to have open communication and channels. There was this weird dichotomy of Katehi v. students last year, I did my best to figure out if the issues were resolvable. I urged her to go to the 5th floor to talk to the protestors, which she did for a few minutes. I mean, she kind of tried, I pushed her to talk to students and find a win-win situation, but ultimately that didn’t work out. Now that she’s gone there’s a lot room for reflection. [Acting Chancellor] Hexter has shown things can be different. For me personally as a student, Katehi was my Chancellor for four years, so I’ve never known anything different. Honestly sometimes it’s night and day with Hexter versus Katehi, he’s like a normal guy! You can talk to him, I see him around campus all the time. We definitely have a good working relationship and I feel he takes student engagement more seriously

As President, you try your best to speak for all students and build bridges. It’s always difficult when you want to maintain the peace, but people want to go to war in a way. I’m really glad to be working with Elly, we both know it’s hard to represent 27,000 students and it’s nice to have help.

What would you like to see from the student body this year in terms of their engagement with ASUCD?

Aside from just regular voter turnout, I want to see students sharing ideas about what they want to see for the future of ASUCD and our campus. We have serious macro issues such as increased enrollment and I know I can’t make a dent in my presidency. I want to foster the atmosphere of dialogue and education about the big issues and what they mean for all of us. The day to day experience at UCD is fundamentally changing. There’s a lot of infrastructure issues, particularly around student housing that we need to work on. Do you feel overwhelmed or like the rest of your presidency is just going to be an uphill battle?

In my election speech, I made an allusion to the myth of Sisyphus. The way he’s always pushing the boulder up the hill and then it just rolls back down and crushes him is pretty applicable to public service and student government. You put so much energy into things and it only takes one “no” to push things back, but I think every inch you can climb up helps, because sometimes we do climb over the hill and accomplish something. If we just give into despair we won’t ever accomplish anything, if students gave into Katehi not being fired, she wouldn’t have left. If we give up at any point we just defeat ourselves. When I took this job I knew things would be uphill even without the new Chancellor crisis we’re in, we have so many systemic long term problems, but you have to make the most of the situation you’re given.

You do what you can in the year you have. What I do is I put 110% into everything all the time. I do it for the love of public service and helping the people that made me really, the people I go to class with, the people I ride the bus with, the people who make my food – trying to make their lives even 1% more bearable is worth it. Seeing that someone can make it home safe at night with SafeRide or seeing they can have an affordable meal or making sure that people have spaces to have a dialogue about issues. If I can empower people to feel that they do matter as an individual, it’s all worth it.