Everything that happened when Bernie Sanders came to Davis

We sent the two Conservative guys

Vermont  Senator and Presidential hopeful Bernie Sander’s held a rally at Hutchison Field Wednesday, June 1st, and it was seriously great (and that’s coming from a Conservative). 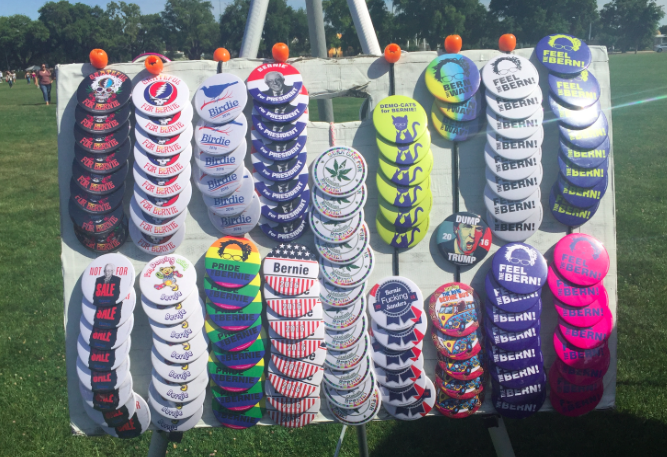 The Senator didn’t show up until around 8 o’clock, but there were students waiting outside on the quad since long before that. I heard of people being there since around 2. Almost 6 hours of standing out in the sun to see Bernie. There were plenty of Davis students, but there were also a lot of students from other schools, adults (REAL adults) and their families, professors, and other people. 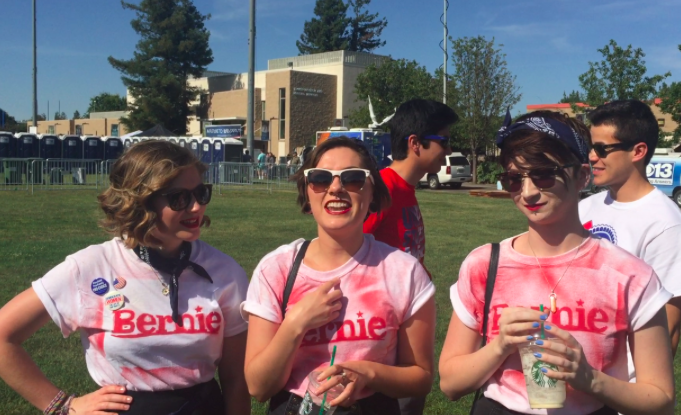 We were able to speak with many interesting people on why they were at the rally, and if they thought Bernie could pull it off and win California.

When asked if Bernie could pull it off, attendee Jon-Karl Jennewein, third-year Biology major at UC Davis said, “I definetly think Sanders could pull it off. If the super delegates do pick Hilary it’ll just show how corrupt the DNC really is.” 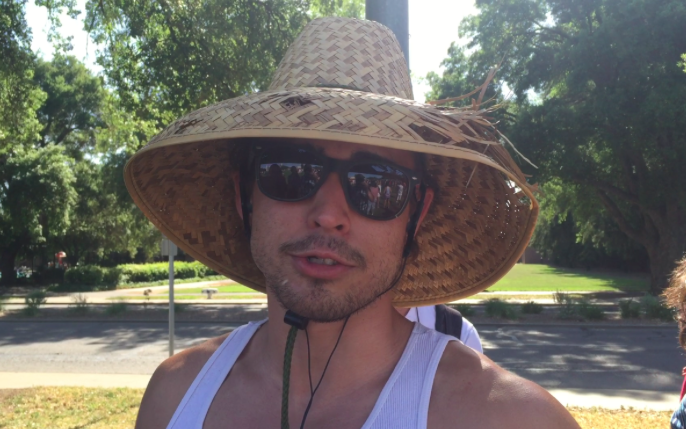 We also got to talk with Nurses for Bernie representative Katherine Kennedy. When asked why so many nurses support Bernie she said: “Because he really represents the nurses values… Guaranteed healthcare for all, jobs. Really looking at education. All those things, and that’s the reason we’re backing Bernie.

“Let’s make Wall Street pay, make them give back to the people.”

Kennedy also wanted to address young people: “You need to register to vote, you need to get out and vote June 7th. Make your voice heard.” Very good advice regardless of party affiliation. 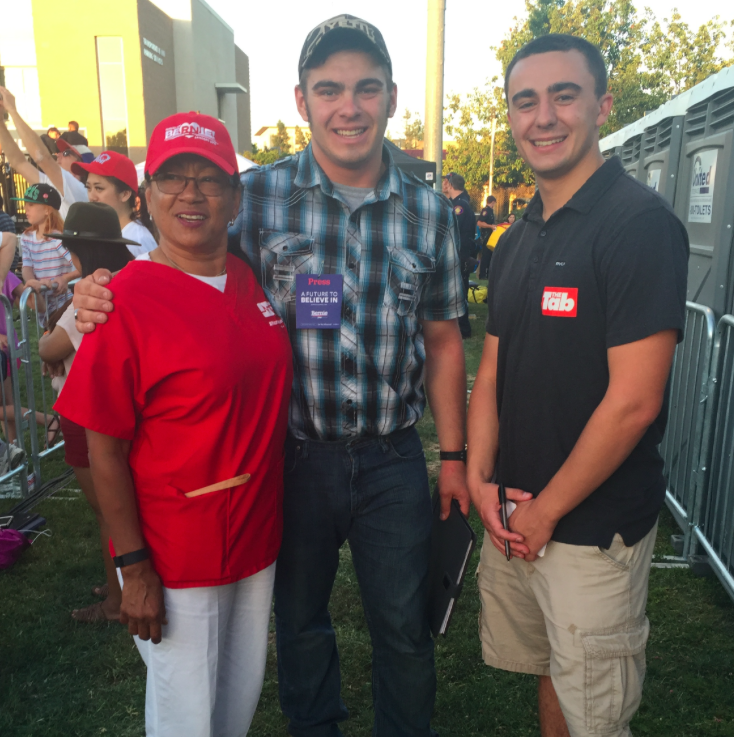 Katherine, me, and Trey

The senator finally arrived right around 8 PM, and he talked about exactly what you’d think. 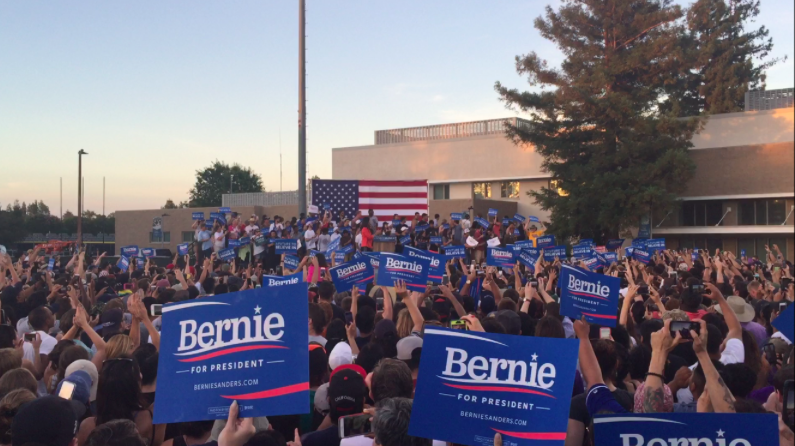 Introducing the man of the hour

From the moment he walked onto the stage the energy just intensified from all those in attendance. He started off with a bit of levity: “I didn’t know there were this many people in Davis!” said the senator to the 9, 068 people in attendance. He stated, proudly, that he had won “20 primaries and caucuses” with the vote of “young people.” And by young people he meant, “not just 20 year olds… But all those under the age of 45.”

Sanders stated he wanted to “open up the DNC” and have “real people play an active role.” He also criticized the overall establishment, “we claim we’re a democracy but these big businesses buy elections!” 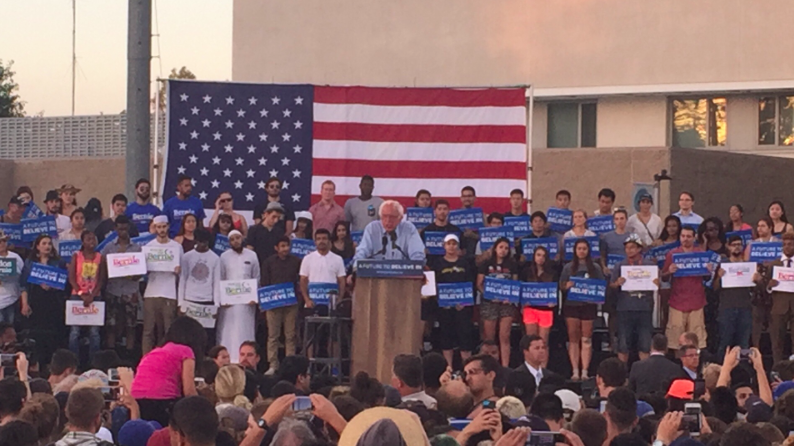 He wanted everyone in attendance to know that his campaign is a, “Revolution that has not reached its peak.” Bernie stated the average, rather impressive, donation per person was $27.

Bernie Sanders took some stabs at Donald Trump, “This is their ideology… If we divide everyone up… Whites and blacks… Gays and Straight… The rich go laughing to the bank. But here’s our message to Donald Trump. WE WILL NOT BE DIVIDED!” 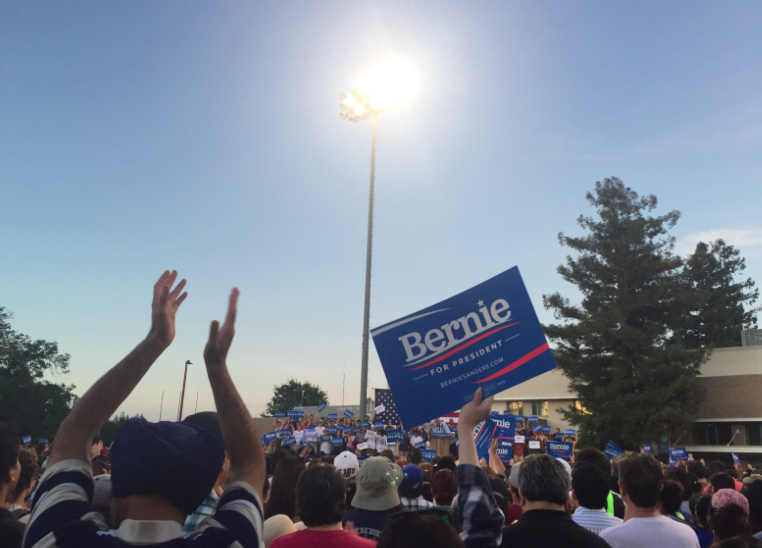 Bernie Sanders himself had a message regarding voting, of course: “If there is a very large voter turnout, we will not only win, we will win big.” He said everyone should, “Bring your friends, aunts, parents, coworkers and vote! Let us have the largest Democratic voter turnout in California voter history.” 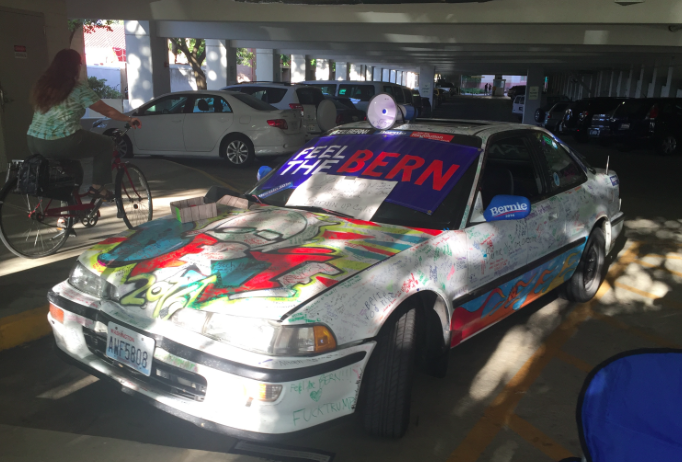 Overall, it was a great rally. I learned a lot, met a bunch of interesting people, and got to experience my first political rally. 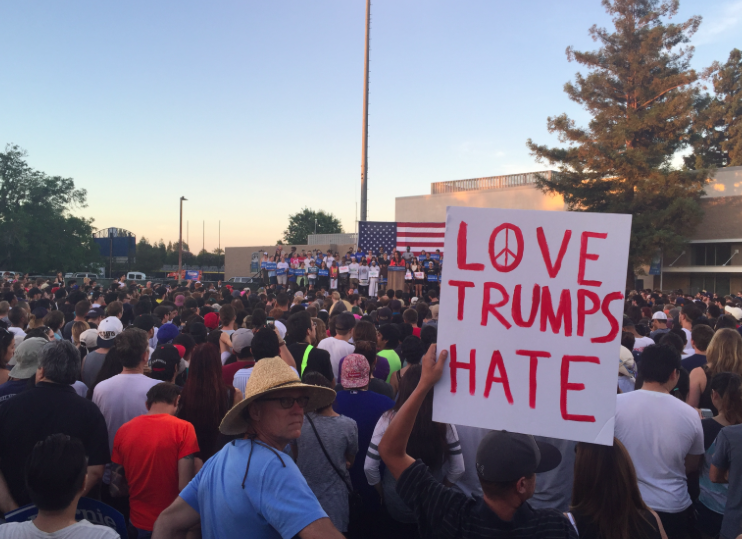 Wonder who that’s directed towards