Tribute on Quad to students taken by suicide

If you’ve walked past the Quad today, you’ve probably seen the colorful scrolls of paper scattered on the grass, not to mention the giant signs and posters. The display is part of an event called “End the Silence” that is meant to raise awareness about suicide on college campuses. 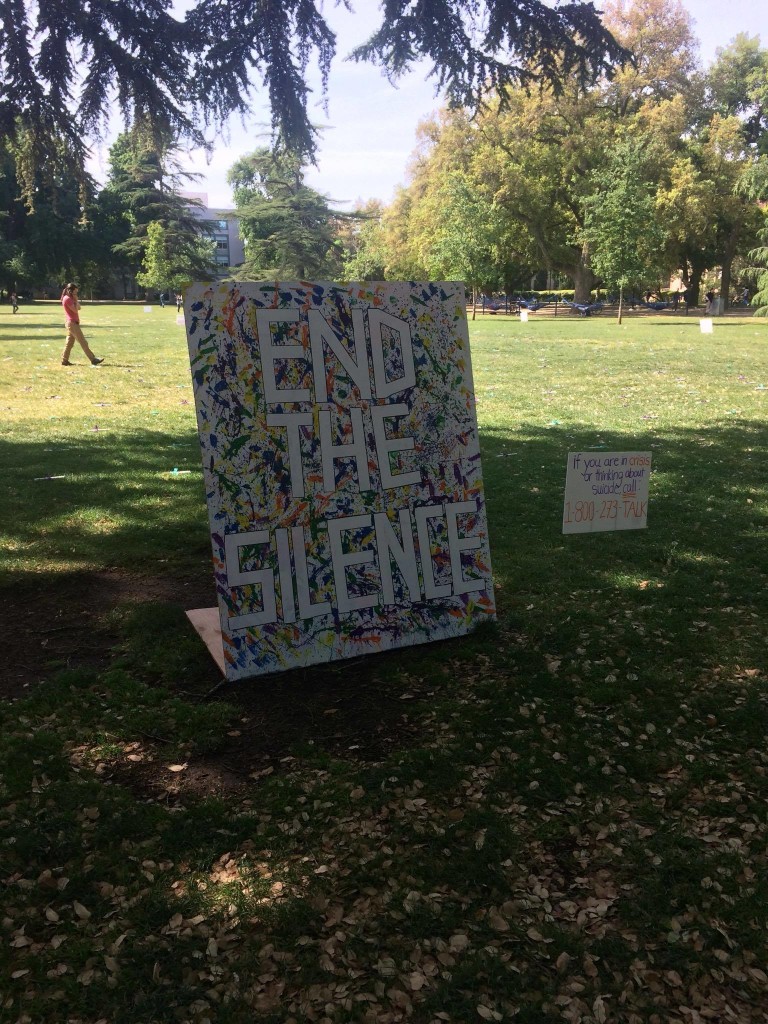 This is the second annual event being held by the organization Active Minds. The first was held almost exactly a year ago.

Senior Brenna has worked with Active Minds for over a year.

She said: “Our national organization told us 1,100 students are taken by suicide every year across the nation – we wanted to show people what that statistic really looks like. You hear statistics thrown around every day but it’s kind of hard to visualize how big that really is.

“We wanted to have a display of how many lives that number represents and also having a meaningful symbol for each life. We chose a diploma  – which isn’t able to be received by the students who have now passed away.” 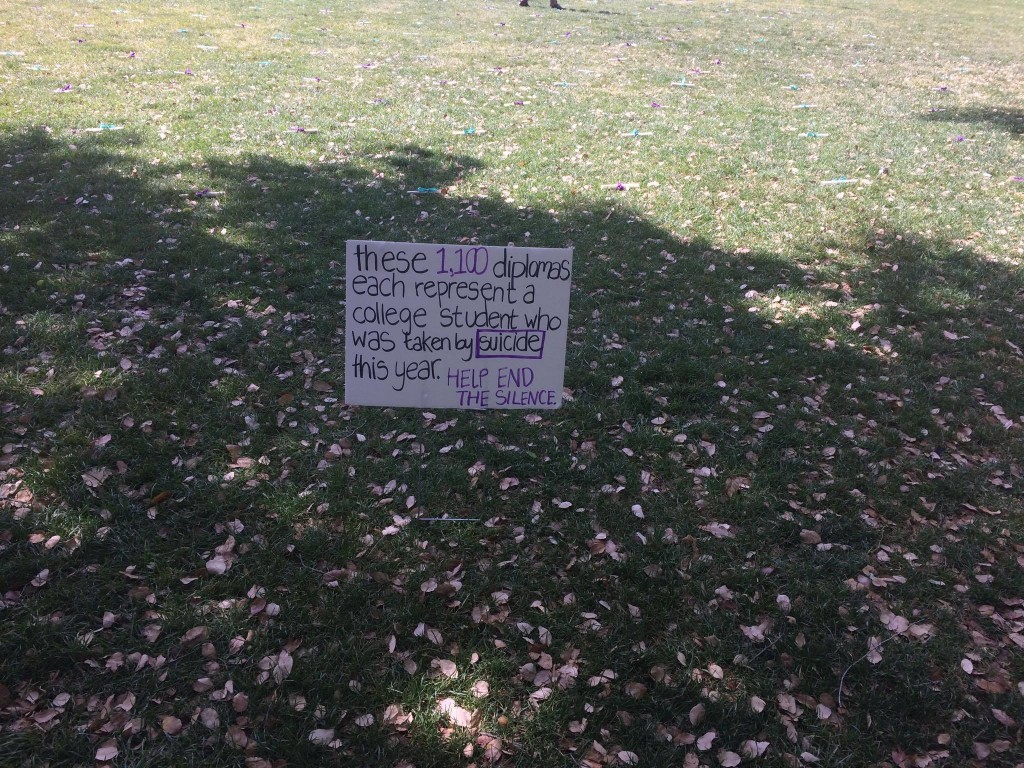 She went on to explain more about Active Minds and what they do on UC Davis campus.

“Active Minds isn’t a counseling service, but we distribute the resources already available on campus. We have cards that are provided from the counseling services. We encourage people to seek help when they need to and also to encourage others and check in on each other. We do outreach and educational events on campus.” 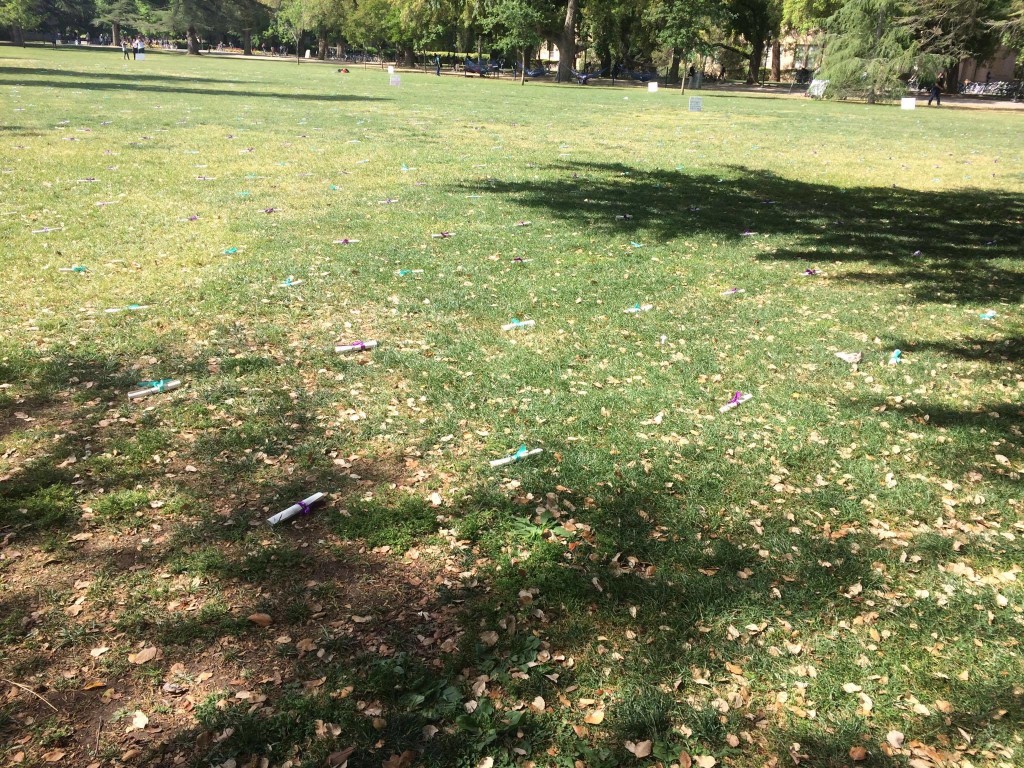 The diplomas are a sobering reminder of just how prevalent depression and anxiety are on college campuses nationwide. 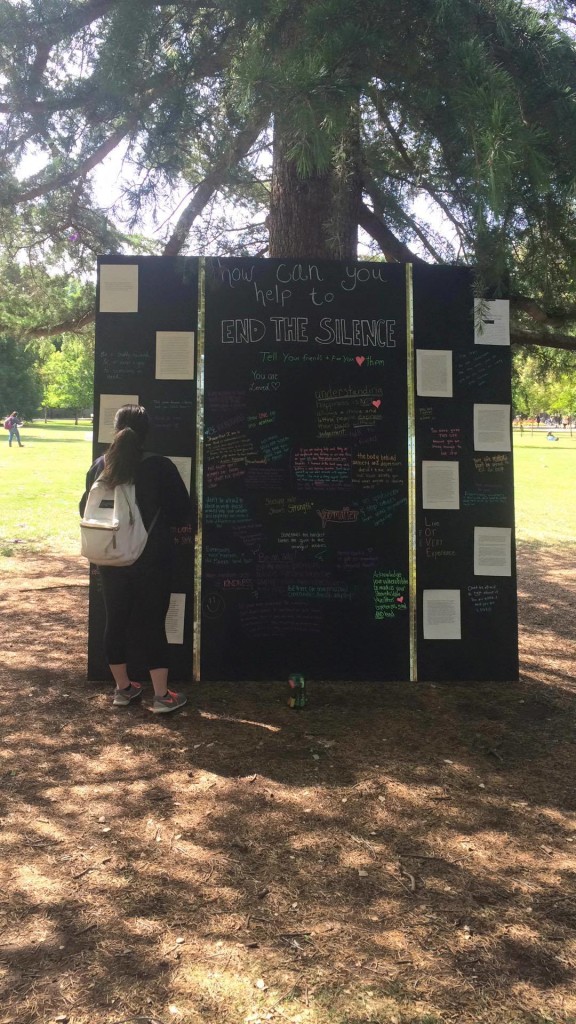 Colorful boards invite students to write down how they pledge to help end the silence, as well as show typed stories from students on campus affected by suicide. 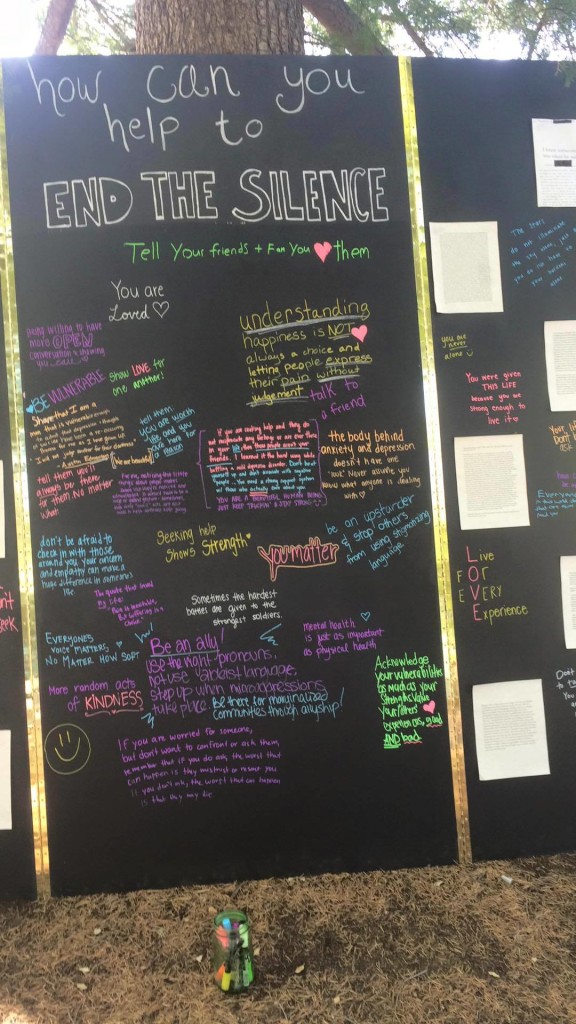 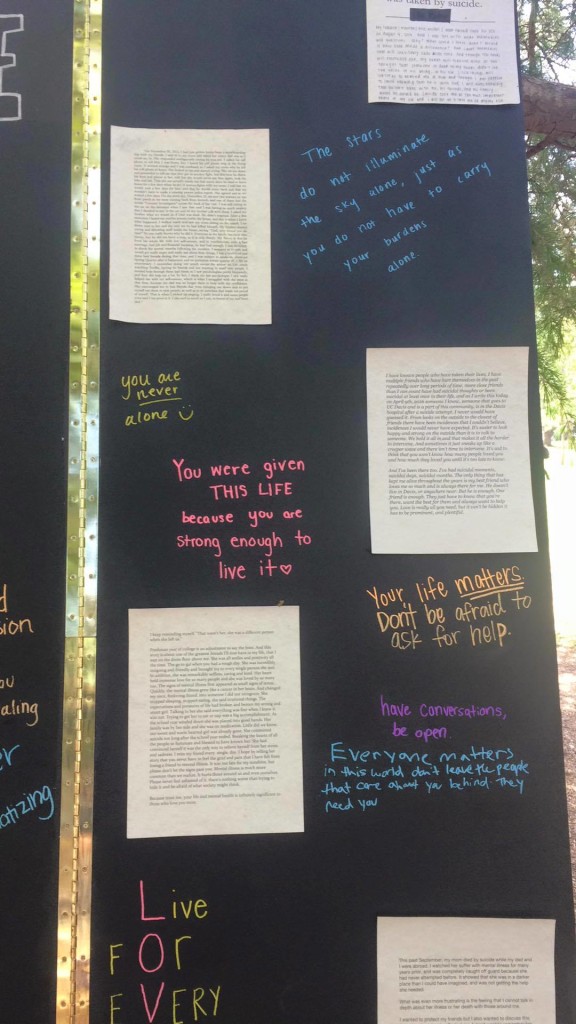 If you or anyone you know is struggling with thoughts of suicide, please reach out for help.