UCPD have warned Berkeley students to expect protests because of the ongoing Ann Coulter fiasco.

They just sent out a Nixle alert explaining “traffic blockages and crowd control issues” might happen.

There is a heavy police presence on campus, with helicopters overheard. So far, not many protests are on campus except for a small group of Antifa. 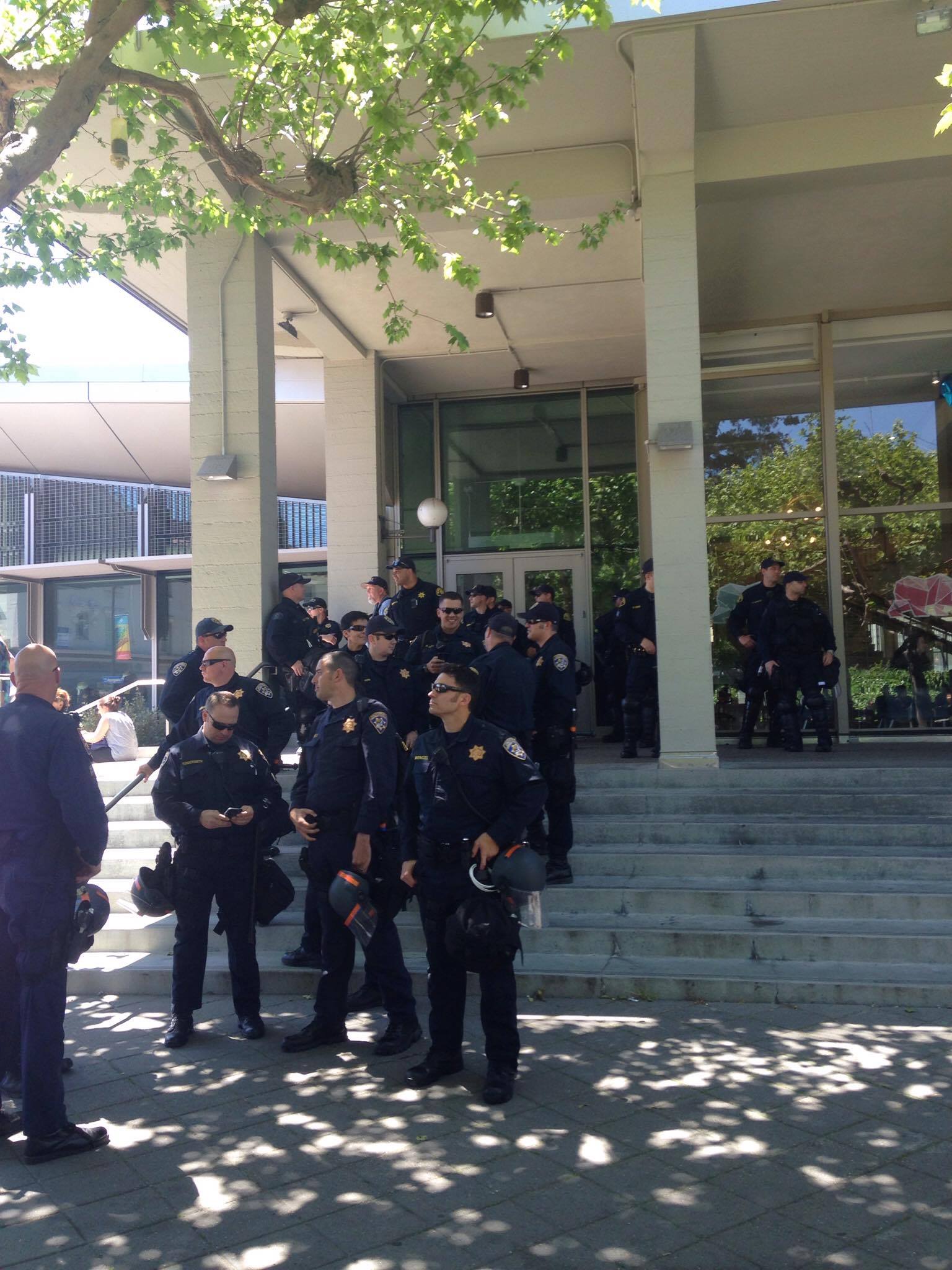 Nearby storefronts have been boarded up in anticipation of rioting: 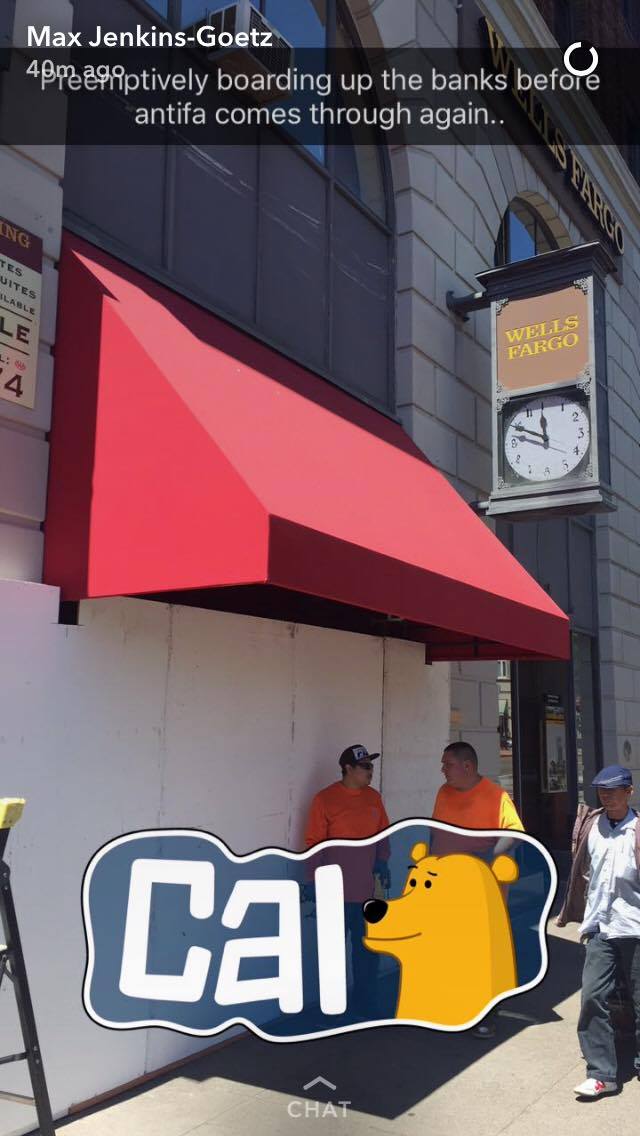 It’s worth pointing out Ann Coulter won’t even be speaking at Berkeley – she tweeted about her event’s cancelation yesterday – but protests are still planned.

I’m very sad about Berkeley's cancelation, but my sadness is greater than that. It is a dark day for free speech in America.

The Nixle warning in full reads:

“As has been widely reported, the UC Berkeley campus and City of Berkeley are expecting several protests today.

“UCPD, Berkeley Police, and allied agencies are working cooperatively to ensure the safety of attendees while arresting those who commit violence or other crimes.

“Please be alert that traffic blockages and crowd control issues could occur. As a result, you may see a heavy police presence on campus, especially near Sproul Plaza.

“UCPD strives to allow for the peaceful expression of free speech but will actively be looking to arrest people committing violence or other crimes.” 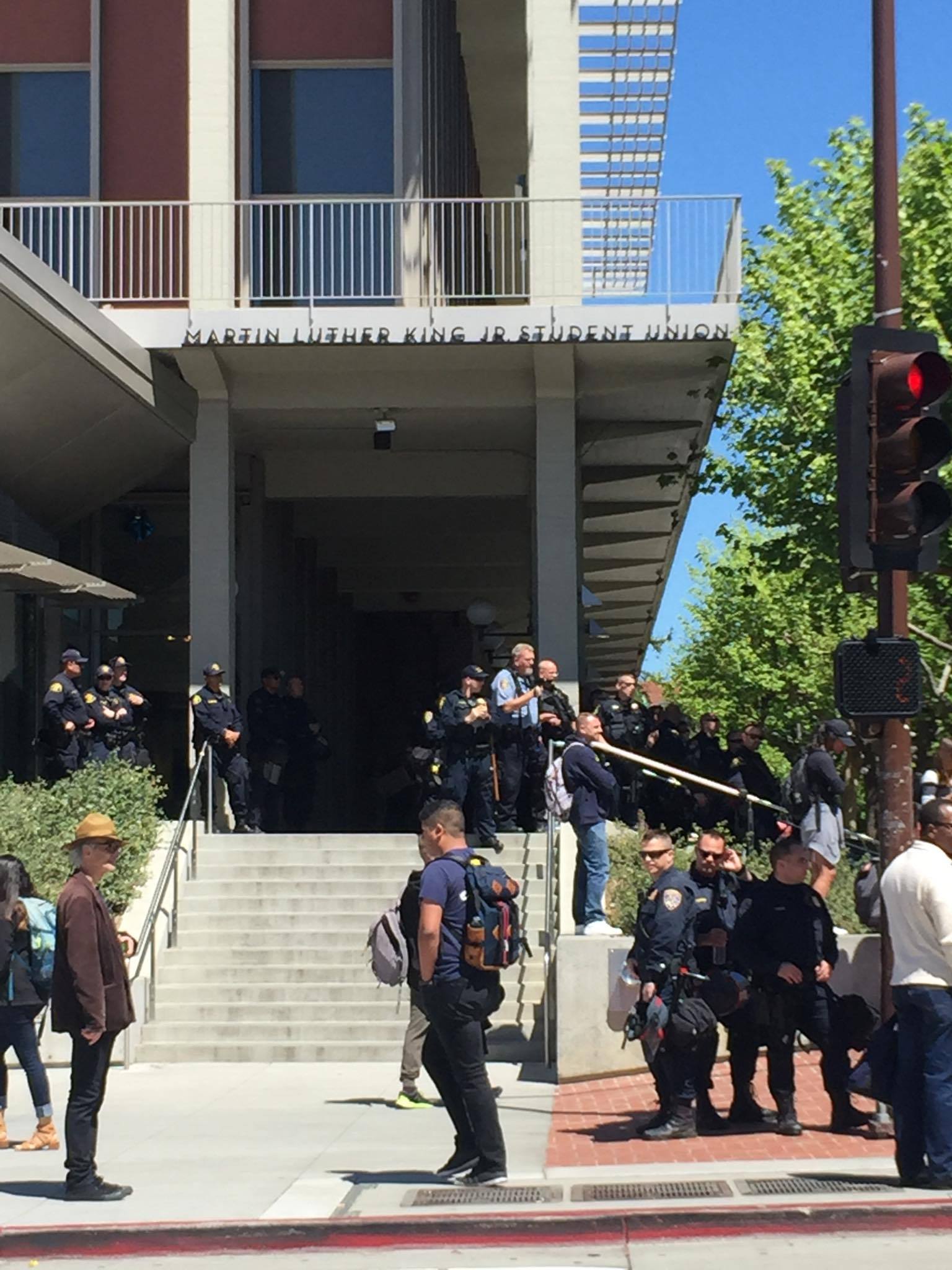 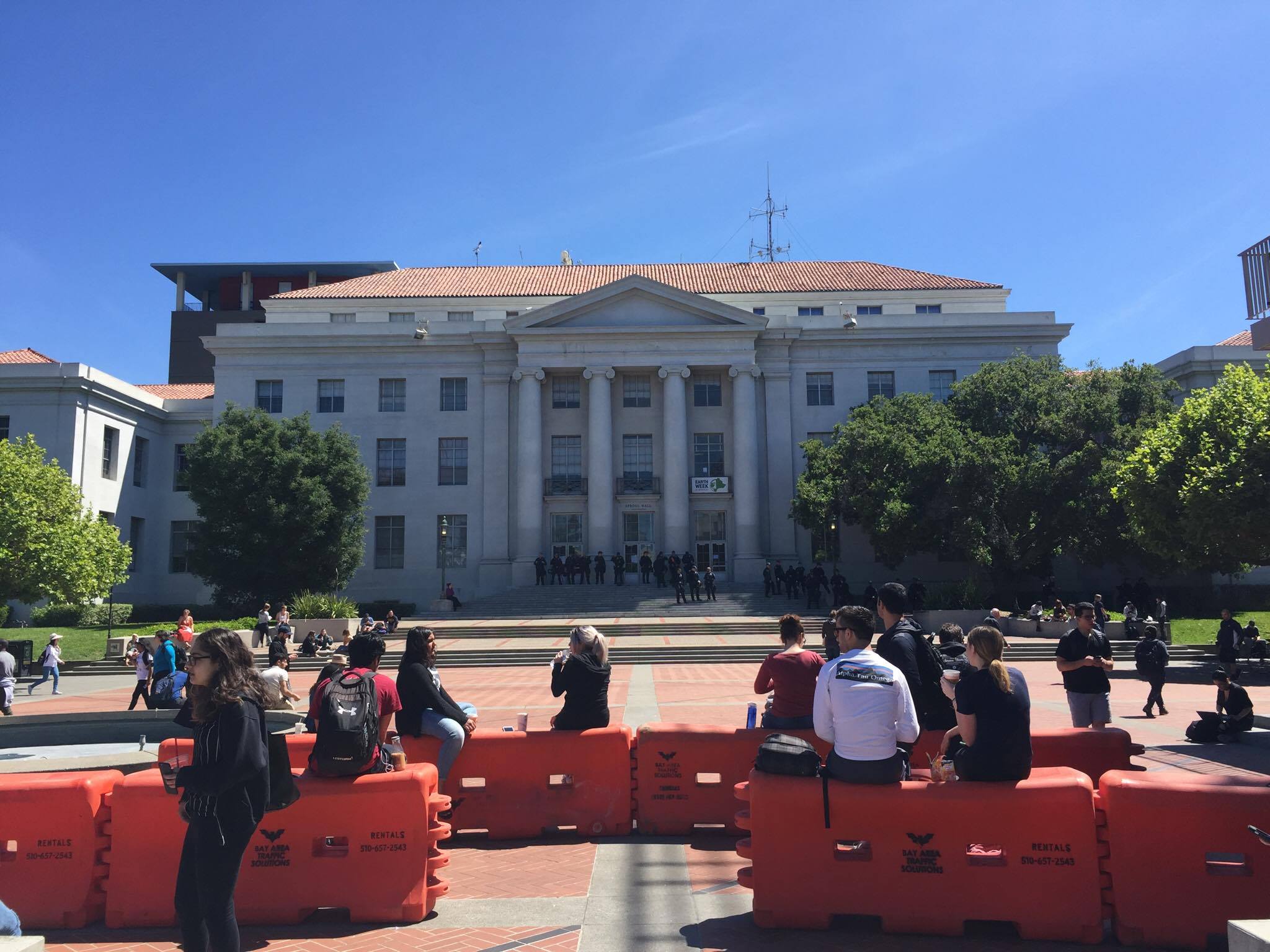 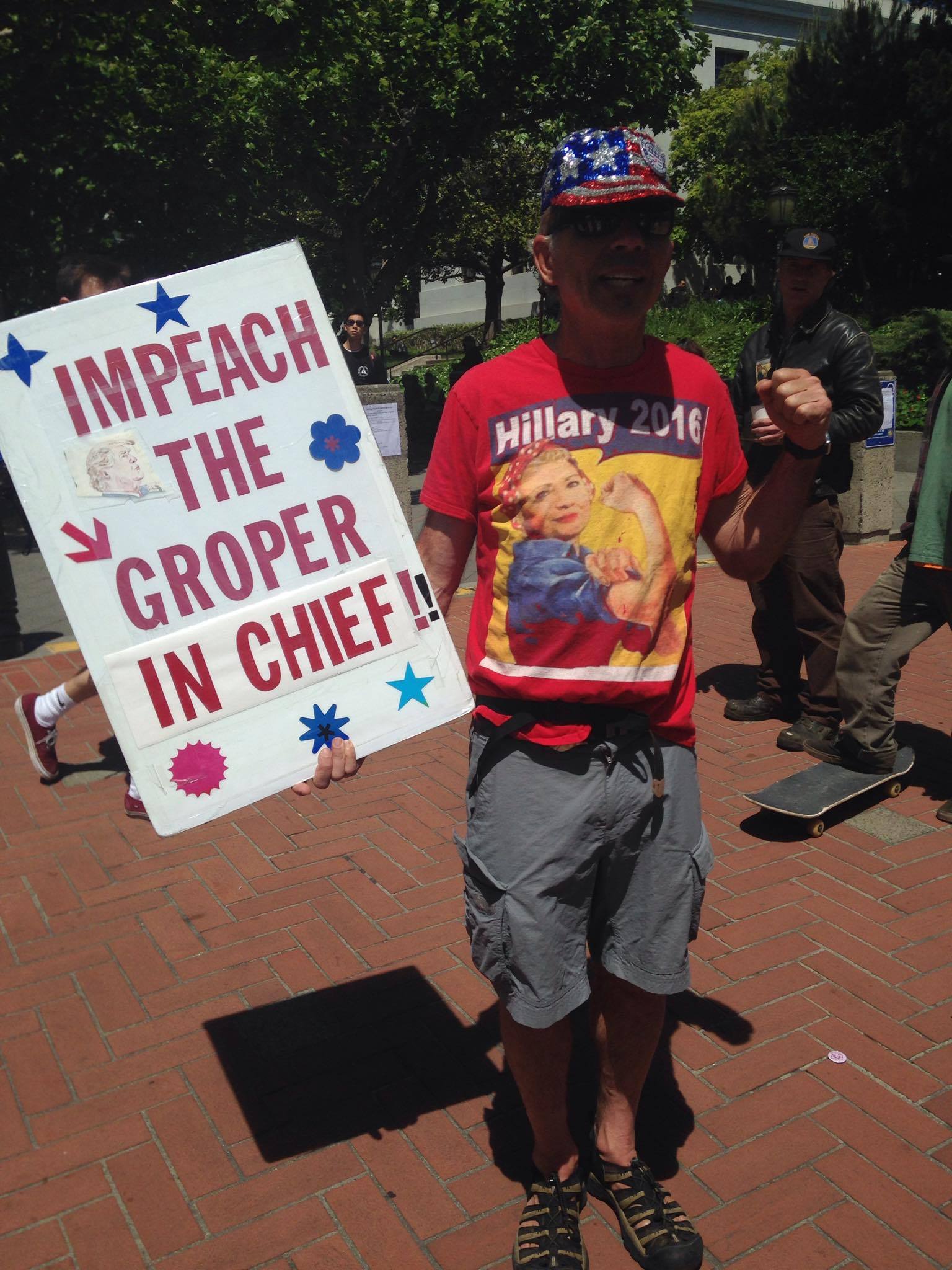 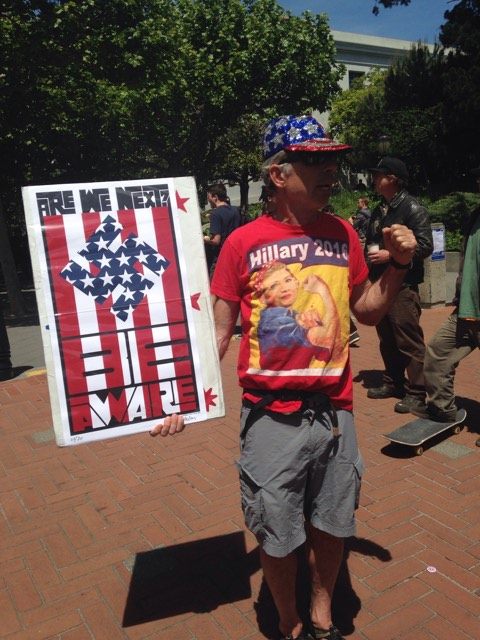