He wants to set up tents on Sproul Plaza, the location of February’s protest

Milo Yiannopoulos is planning his return to UC Berkeley’s campus for a “comeback” later this year for an event he calls ‘Milo’s Free Speech Week,’ according to a statement posted to his Facebook page on Friday.

Yiannopoulos’ last visit to Berkeley in February was met with riots when his talk was canceled after police allegedly released tear gas on protesters. Exclusive footage taken by Tab reporters showed anarchists smashing windows using metal barriers as fights broke out among the crowd of hundreds.

In his post, the former Breitbart journalist says ‘Milo’s Free Speech Week’ is being held to “stand united against the ‘progressive’ Left” and “loudly reject the venomous hectoring and moral hypocrisy of social justice warriors.”

Throughout the week Yiannopoulos says he will hold “talks and rallies and throw massive parties, all in the name of free expression.” 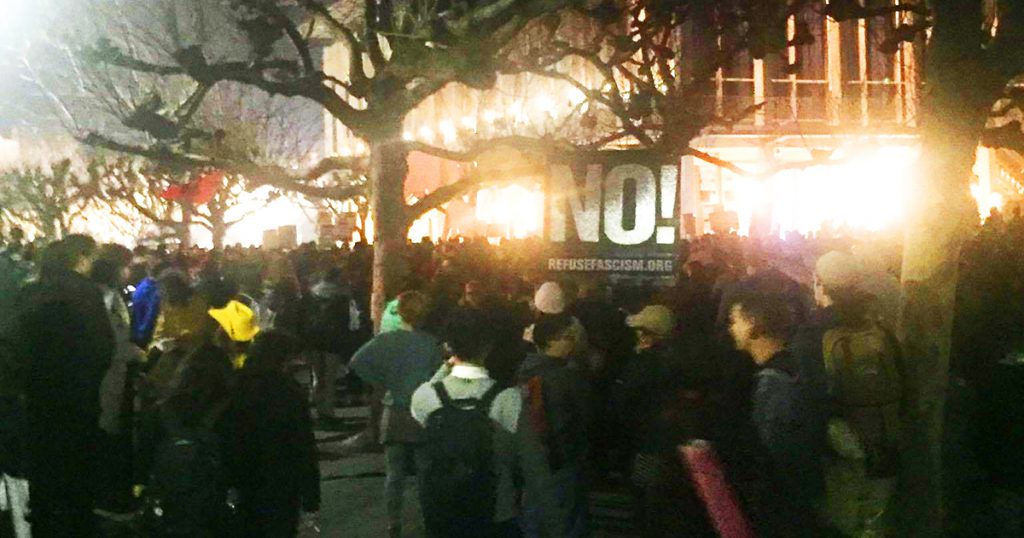 Image from the protests in February

Yiannopoulos intends to return to Berkeley “whether university administrators and violent far-left antifa thugs like it or not.”

He plans to set up tents on Sproul Plaza, the location of February’s protest, and says the event will be extended to a month “if UC Berkeley does not actively assist us in the planning and execution of this event.”

UC Berkeley has not issued a statement about Yiannopoulos’ return.