Berkeley students come together to clean up aftermath of anarchist riot

Last night, a group of Berkeley students took it upon themselves to show us all what our campus community is really all about.

The peaceful protest against Milo Yianoppoulos’s appearance at The University of California, Berkeley last night turned violent when an unaffiliated anarchist group (ninjas?) began destroying property and assaulting students, including Tab reporter, Pranav Jandhyala. The University ultimately canceled the event, but the group continued to destroy property both on and off campus.

And it didn’t end there. Bright and early at 5am, a group of students organized, armed themselves with brooms and dustpans, and came together to help gather trash and clean up broken glass.

“I was at the protests last night when they got violent and it was really heartbreaking to see our campus, our home, get destroyed. The violence was just re-enforcing what the right thinks of Berkeley so I wanted to do something to show everyone that UC Berkeley students are not hypocritical and that we do not stand for violence.

I wasn’t sure what to do until I saw a Facebook status made by my friend Holly Ubellacker who said she wanted to go help clean and I thought it’d be great to make an event so that people would notice it and we’d have more hands to help and so that we could make people aware what UC Berkeley really stands for.” 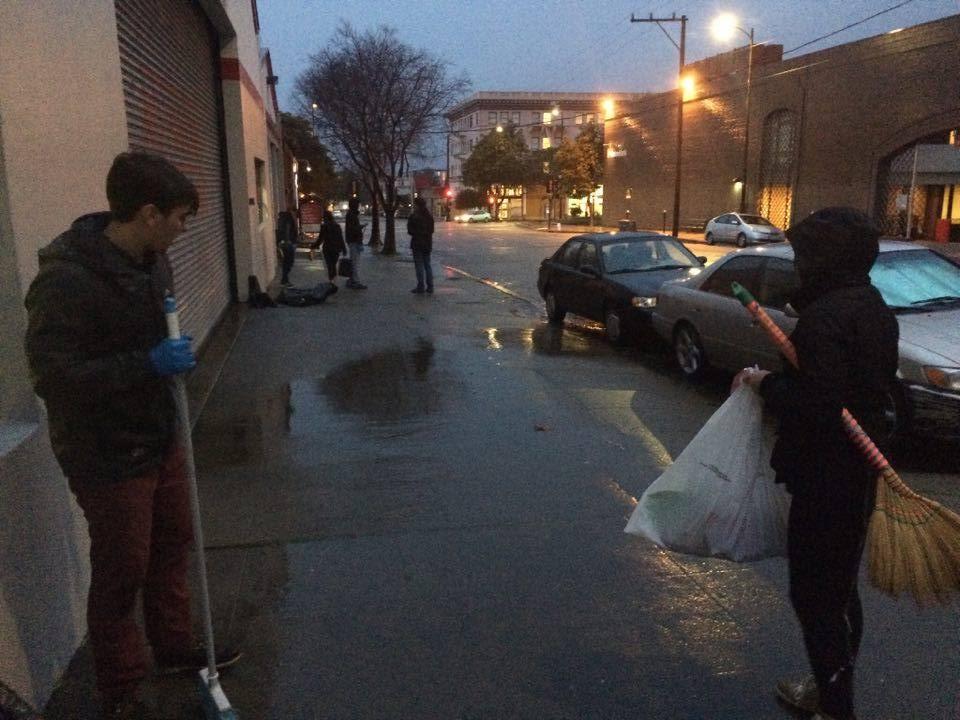 “We started at Sproul plaza around 5 AM, primarily focusing on picking up trash and stacking extra barricades off to the side. Once the plaza was cleared enough to power-wash, some volunteers left to rest or attend class. A smaller group went along Telegraph then Shattuck. Though we picked up some trash, we spent most of our effort on picking up broken glass … It was nice to see so many people come to help at Sproul, especially with the rain, the early start time, and short notice. We were a little short on equipment to start with, but people also brought tools as they joined. [It was] very collaborative. There was already a clean-up crew there at Sproul (from the university), and they brought some trash bags and gloves. But a lot of volunteers also brought their own trash bags and brooms.” 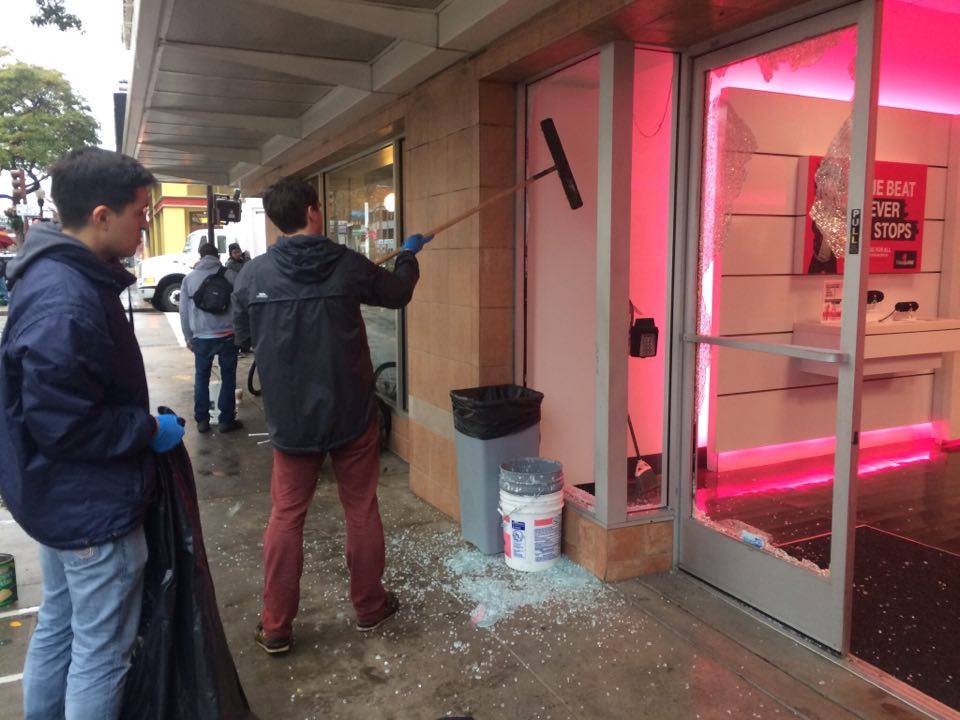 Students participated until approximately 9am, with their efforts spanning from Sproul to Shattuck.

Chen hopes this will shift the narrative from last night’s events into something more positive. “I am glad so many people came out to help. I am saddened by violence at last night’s protest: it hurt innocent people, and also helped give Milo more publicity and attention.” 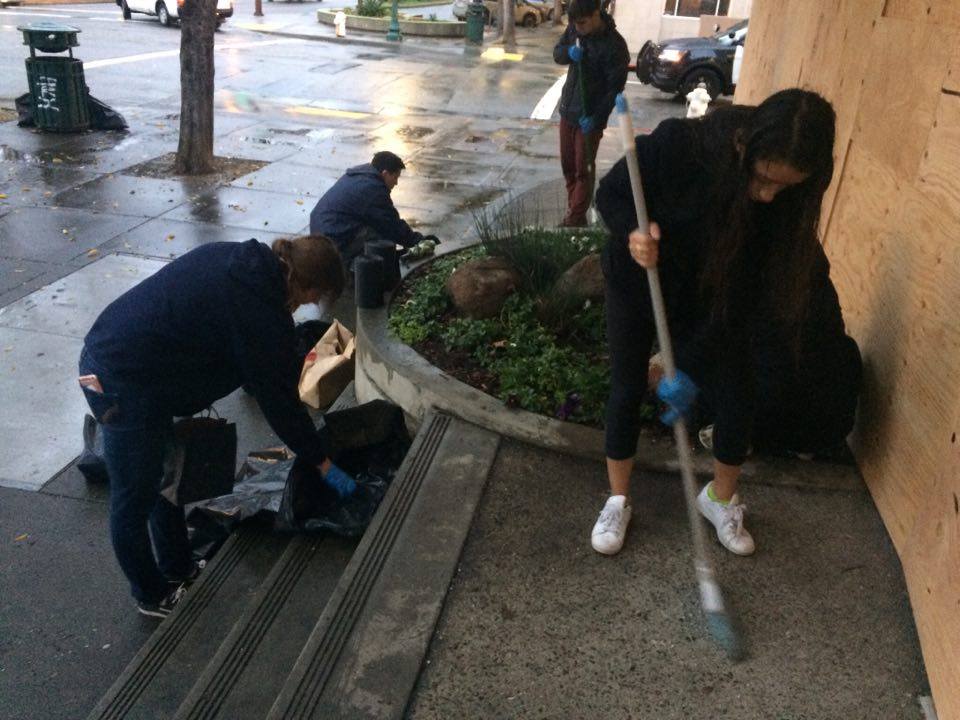