‘I know for a fact I didn’t drink enough to feel that way’: AEPI suspended following allegations of drugging at socials

A young woman, sister, and more speak out on this investigation.

Temple Police released a statement on Friday afternoon regarding the investigation against Temple's Alpha Epsilon Pi chapter, following allegations against the fraternity that arose in March.

It read: "The university has received multiple credible reports from various sources alleging underage drinking, the excessive use of alcohol, possibly drugs and sexual misconduct, including sexual assault, during social activities at Alpha Epsilon Pi. While these allegations are being investigated, the university has suspended the organization’s rights and privileges to operate as a recognized fraternity pending investigations by Temple and city police."

In an email sent by Temple University's Panhellenic President Rose McBride in late March, all Panhellenic sororities on campus were advised to cut ties with Temple's Alpha Epsilon Pi chapter, in face of the allegations against the fraternity.

"Issuing a statement to your chapters and not following through in cutting all ties with AEPI will result in no change," the email reads. "Collectively as a council, we must enact this statement and encourage the women and men affected to file a report to Student Conduct."

Temple has also increased police presence in various areas including the 2000 block of Broad Street while it further investigates these allegations.

The Tab Temple spoke to a young woman who says she was drugged at one of their parties as well as two additional sorority women who have requested to stay anonymous. 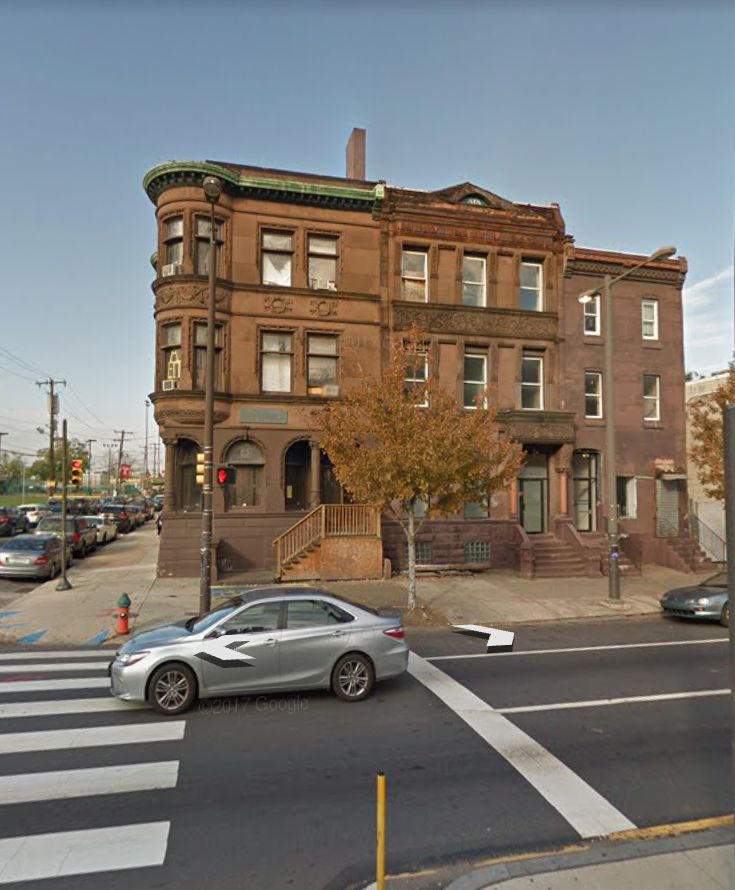 At just 18-years-old, her worst nightmare was this moment at a paint party on March 24th, at approximately 11:30 p.m. when she arrived.

She can't recall all the details because the only thing she remembers is waking up the next day and what her friends told her. She does, however, remember showing up to the party completely sober. Once she was there, she got a drink from some guy at the party. She didn't know anyone from Temple because she wasn't even a college student but a high school senior who went to a college party with her two girlfriends. She just wanted to have fun for her friend's birthday and a big fear of hers was to experience this, she told The Tab Temple.

"Every time my phone goes off, I think it's going to be one of the guys telling me something or that they had sex with me," she says "It's just scary and I honestly hate myself for ever taking a drink from someone I didn't know."

According to her, the drink she was given was sort of dark blue but it was too dark in the party to tell. What she does know is once she drank one cup of what she was given, it made her react in ways she was not used to.

"After I took the drink, I realized suddenly I was the most drunk I've ever been. I felt really dizzy and confused of where I was; and I actually drink frequently and I never felt like that, and I know for a fact I didn't drink enough to feel that way," she said. "I started panicking once I lost my friends and then my memory just stopped. I woke up and got scared because I didn't remember even how I got back to the dorms and my friends all told me I just got a little too drunk but I knew I didn't drink enough to get me to black out."

Once she left Temple, she began to throw up more at home and her mother took her to urgent care.

"I took a pee test and it came out that I got drugged and I was lucky I got to know in time because apparently the drug leaves the body pretty quickly," she said. "Since then I've been really stressed and traumatized and I don't even know what I did or didn't do since my friends weren't even around much to tell me what I was doing."

The drug they found was Rohypnol, known as Mexican Valium, circles, roofies, la rocha, roche, R2, rope, and forget-me pill. According to Web MD, rohypnol is odorless and colorless, making it easy to slip into someone's drink and when placed into a clear drink⏤ it will turn the liquid blue.

In low doses, rohypnol is a sedative and muscle relaxant. However, WebMD states that in higher doses, it can cause lack of muscle control, amnesia, loss of inhibitions, and loss of consciousness. If used with alcohol, the effects are worse and sedation occurs within 30 minutes when ingested.

When asked if she reported it to police, she says she was scared to at the time. "They asked me at urgent care if I have sex normally while sober, which I do since I have a boyfriend and they said that it's really hard to test for rape then because there's already penetration so I sort of lost hope."

During one of the socials with this fraternity in late March, a sorority girl recalls what she experienced.

"Typically, at our social events, we show up and drink and just have a good time. This particular social was unofficial, meaning we were allowed to bring outside alcohol. Although this was the case, I was 100% sober when I showed up to their house. My first cup of wine I took a few sips and instantly started feeling buzzed, almost tipsy, which is not normal for me."

"I'm a sophomore and I drink frequently and I drink wine a lot as well, and this has never happened to me before. It takes me about 5-6 glasses of wine to feel tipsy, so this was startling. I finished a second cup and knew something was off. I didn't feel comfortable sharing how I felt because they were distributing the wine from the box and I thought I was fine and brushed it off until I got halfway home. I had to call my friend to come get me because I was having trouble walking, thinking, speaking, etc. I felt as though I had no control over my body. I waited in Wendy's for my friend to come get me. I couldn't even keep my head up, I was completely gone. I blacked out after that, but the friend who walked me home said I was clearly intoxicated and that my speech was slurring. Two drinks should not affect me in that way and I'm just grateful that I have amazing friends that look out for me."

One of her sisters was sent to the hospital that night. According to this sister, she's "doing a lot better now, and it was verified that there was something in her system from the wine."

Other sorority girls have come to the defense of AEPI when the news of their investigation broke. They stated: "I know there are a lot of allegations towards Alpha Epsilon Pi right now but I would just like to point out that I'm a girl who goes there regularly for the last two years and drinks their drinks and not once have felt unsafe."

While other sorority girls have told The Tab Temple that there are more girls out there who are afraid to come forward.

"It hurts to believe that guys close to you would do something like that. It's Greek life protecting Greek life. Some of them would. It explains so much for me, personally. While I have gone regularly more during my first two years of college, I cannot attest to any drugging that I was cognizant of but I am not surprised, given that I also experienced at the house. It was just a lot easier to suck it up and not say anything than to singlehandedly take down a fraternity that I enjoyed partying at and had acquaintances in," said one anonymous sorority girl.

AEPI's chapter at Temple released a statement that "This alleged behavior is absolutely against everything we stand for as brothers of AEPI, as students at Temple University and as members of our greater community."

A Statement from the Alpha Pi Chapter of the Alpha Epsilon Pi Fraternity.

Jon Pierce, the fraternity’s media spokesperson, released this statement to The Tab Temple.

“Alpha Epsilon Pi International Fraternity is aware of the rumors on campus (through an email sent by the Panhellenic Council) and are very concerned. We will cooperate fully with the University’s investigation. We strongly believe in due process and will wait for further action until the investigation is complete. We have temporarily suspended our chapter at Temple pending this investigation.

"To be clear: there is no place in our fraternity for this type of behavior and any individual found guilty of actions which violate our policies (or any campus or local regulations or laws) will be dealt with to fullest extent we can.

"Alpha Epsilon Pi is a fraternity based in Jewish values and foremost among those values is to respect all individuals. We will work to ensure that our brothers’ actions reflect this most important value.”