Marching directly towards the future, with the future by our side

A hopeful reflection on the March for Our Lives, how we got here, and where we’re going now.

The shooting in Orlando, at the Pulse nightclub, changed my life.

It happened very early in the morning on June 12, 2016, and I remember it so clearly because it was also the day of the first time I ever went to Pride. I didn’t even know the full extent of the shooting until that evening; all I knew was that something had happened at a gay club in Florida and my friends were texting me to be safe.

That night, I was driving home with my family from dinner and my mom asked me if I had seen the news. I hadn't, not really. I’d been saving the battery on my phone and hadn’t checked anything all day. Despite that, I said yes, that I’d heard a few people had been killed in Florida, to which she responded,

Fifty? I burst into tears. I had never felt this before, swinging emotionally from up so high, surrounded by my community that I love, down to this awful, devastated low. I didn’t know what to do with myself. What was there to do? So I visited the memorials that I could, kept my own private vigil. I felt helpless. 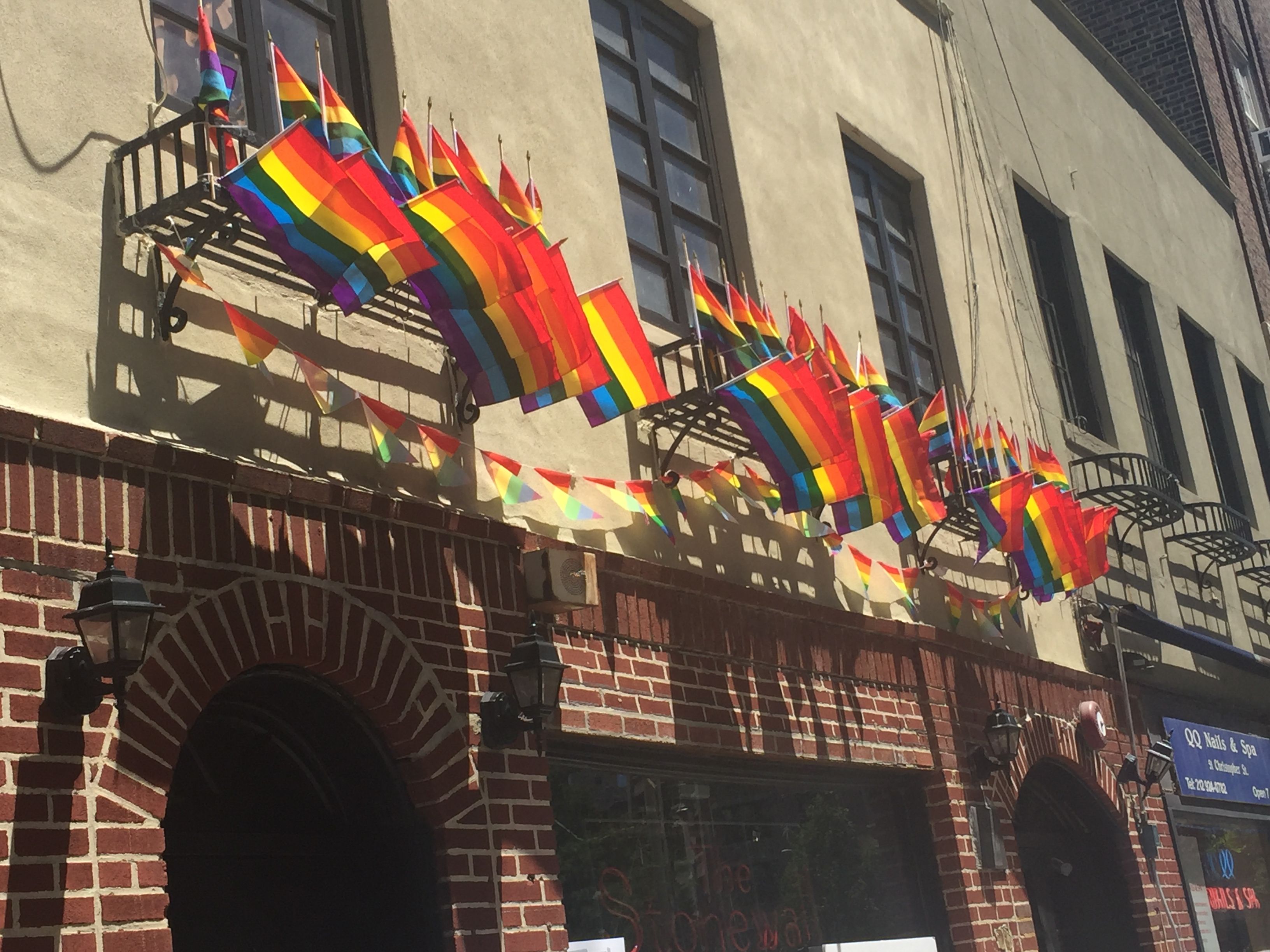 It wasn’t until later that year, after Trump was elected into office, that I attended my first march. In the beginning they were the quick ones. The ones organized in a day, the ones named ‘resist’. Then I was there at the historic women’s march in D.C., surrounded on all sides by people in outrage.

Each of them was a place to release frustration, anger, to feel like I could express myself politically, but none of them touched me the way Saturday’s march did.

On March 24, 2018 I attended the Philadelphia March For Our Lives. I don’t know how many people were there – I’m terrible at guessing crowds, it could have been fifty or fifty thousand for all I know – but I do know that I am infinitely grateful to the universe that I decided to attend.

The march was well organized. The meeting place was clearly labeled. The actual route was reasonably long and I believe wheelchair accessible the entire way. There was an American Sign Language interpreter on stage the whole time. The amps were set up along the street so the speakers could be heard, and heard they were. 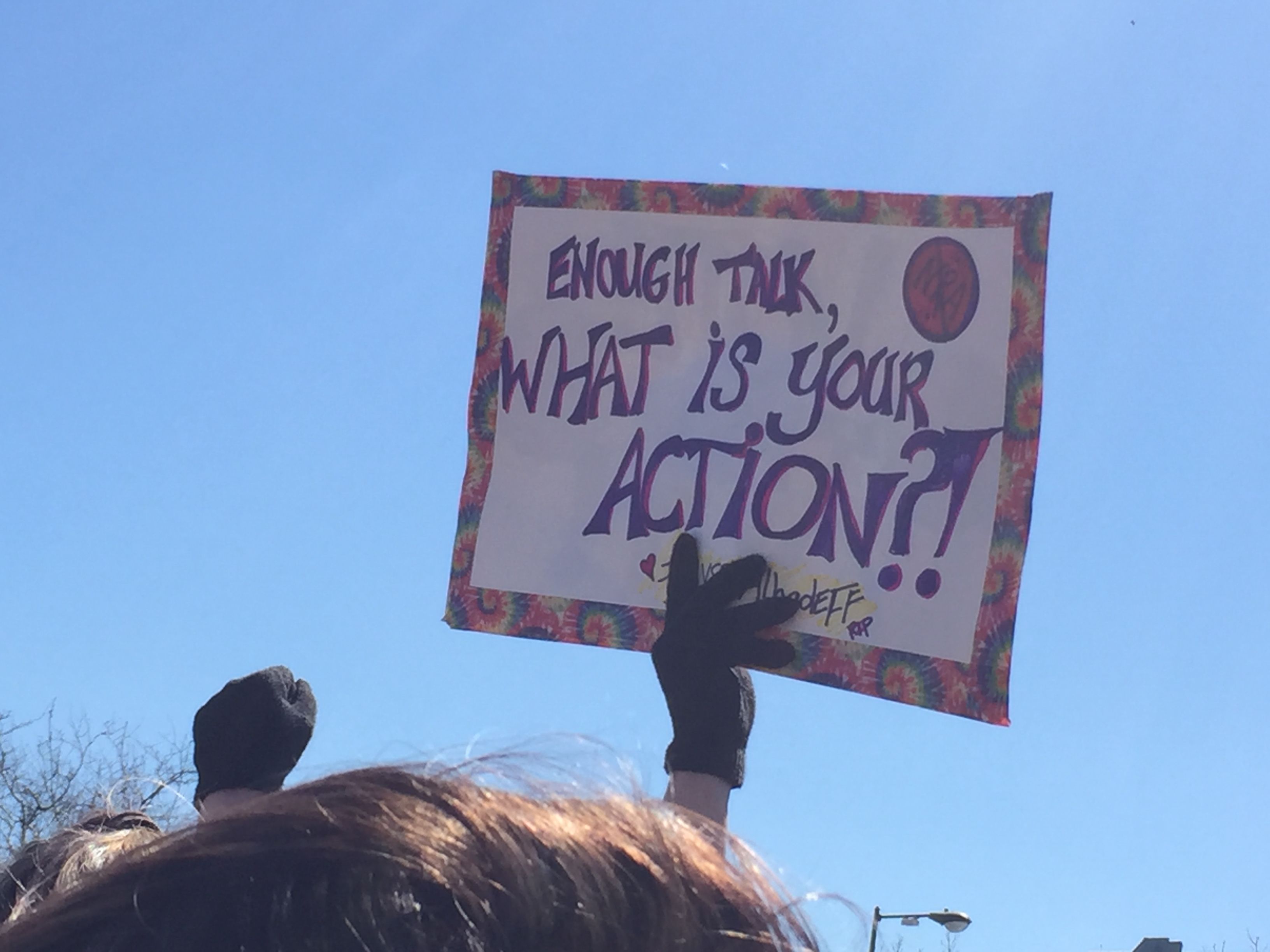 A sign at the Philadelphia March For Our Lives

Each and every one of the student organizers spoke and I cried with them and for them.

I stood there for three hours listening to the future speak. These kids were so well spoken, so informed. They were so ready to take the lead and I stood there, a stranger, proud beyond words. I couldn’t have imagined leading or organizing something like this even now, let alone as a high schooler.

The young people up on that stage, the student organizers, the student activists, they are ready to bring change with them. They are hopeful, passionate, energetic, united, everything that every politician has belittled them for being they have turned into a strength.

I am so proud to stand behind them and be a part of our revolution. And it is OUR revolution. 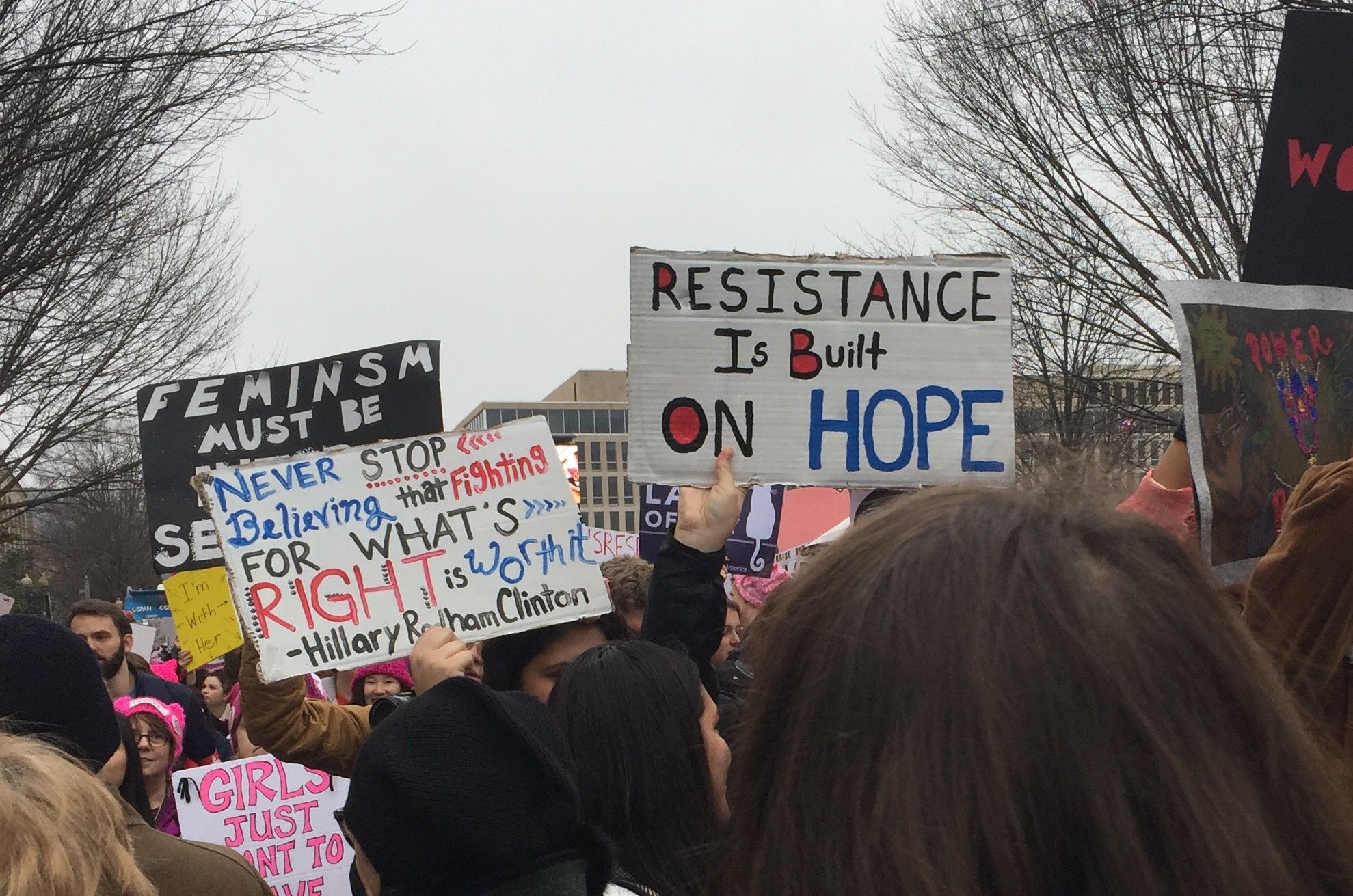 A sign from the march on Washington in January 2017

I acknowledge and understand that no movement is perfect and this is far from it. This movement for gun control has been led for years by black youths across the country and it is finally getting the recognition it deserves and demands. There are things to critique in the media coverage, the political influences on the leaders of the movement, the enormous commercialization of this cause that has happened over the last month. But for right now, I am taking the time to feel cleansed. I am an activist renewed. I am ready to move forward and try to better the country that I live in and love. This movement has had its first major step towards a lasting legitimacy and I can’t wait to see how I can help.

Last month my fourteen year old sister texted me and asked me to tell her about the NRA because she was watching CNN and decided it was important that she knew what was going on. This is the future. I am hopeful.