There is a graceful power and confidence that pushes behind Jamal Parker’s words during his spoken word poetry that is able to shift any room.

“That confidence, it took awhile to get there. I’m not gonna lie," Jamal admitted. “I can be in front of 5 people or 5,000 and be able to perform at the same intensity. It comes with years of coaching. Also, I always was kind of hungry to perform. I wanted to grow and make it to the next level as a performer.”

Nothing but his words are necessary to capture an audience’s attention. During his performances there is no room for anything other than snaps and encouragement from audience members sharing the intimate space with him as he takes them on the journey of his truths. 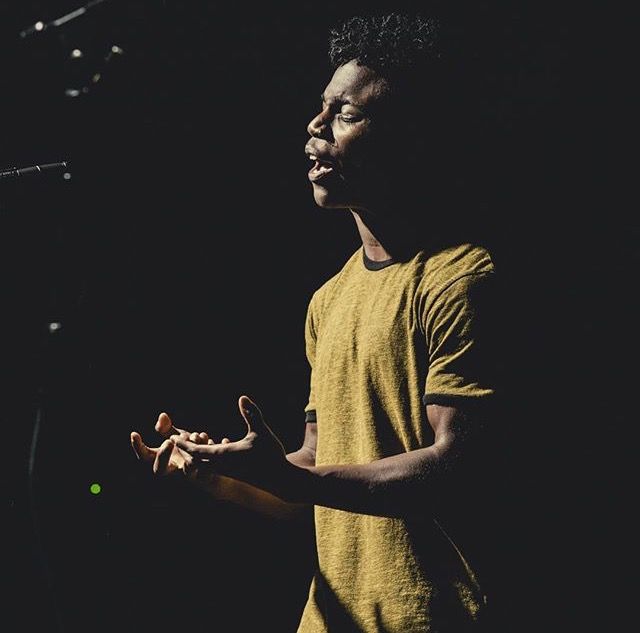 Jamal is a senior African American studies major. He describes himself as a spoken word poet, performer, teaching artist, and educator in Philly. Along with having many titles to his name, he has lived all over the country. He’s originally from Reading, PA, but has also lived in the cities of Baltimore, Orlando, as well as even internationally in Okinawa, Japan.

While his previous stepdad was in the military, he lived in Okinawa from 2nd to 5th grade. Although it was a culture shock coming back to the states and required a great deal of adapting, the experience challenged his awareness and placement in the world as a black youth.

“It really helped cultivate who I am as an individual today and how to see different perspectives and worldviews.”

Most people question what their calling is throughout their lives, but Jamal knew at the age of 16.

“I’ve always had an intuitive interest for performing," said Jamal.

His mother noted at a young age that he always wanted to be in front of the camera. The first spoken word poem that he ever wrote and performed made him realize he was really comfortable being in front of people. Being in a writing program in high school, performing in open mics and showcases and even taking theater into consideration, all helped him come to the realization that spoken word was what he was placed to do in the world. During a performance in a poetry slam, he verbalized to his mentor, "This is what I want to do for the rest of my life."

“One of the main reasons why spoken word is such an accessible and useful platform is because whatever you’re hearing from someone is something they genuinely wrote and they genuinely felt in that moment," Jamal explained. “This is my truth and no one else can dispute this truth.”

One of the main reasons that the senior chose to attend Temple was because of his investment in spoken word poetry. After finding out about Babel, he auditioned during his freshman year. Babel was founded in 2007 and is the only poetry collective at Temple.

It’s a collective of not only poets, but also musicians, vocalists and emcees. Jamal was rejected by Babel after his first audition. Although his first attempt at auditioning wasn’t a success, the president of Babel at the time, Miriam Harris, became his mentor/mother figure, as well as he made the Philly Youth Poetry Movement team. The team won the international poetry competition, Brave New Voices, in 2015.

I was personally first introduced to Jamal’s work when he performed his poem about the controversy that surrounded Jaden Smith wearing a dress. It’s coincidentally the poem that got him into Babel in his sophomore year after re-auditioning. The poem focused on the hyper-masculinity in the black community and gender norms. 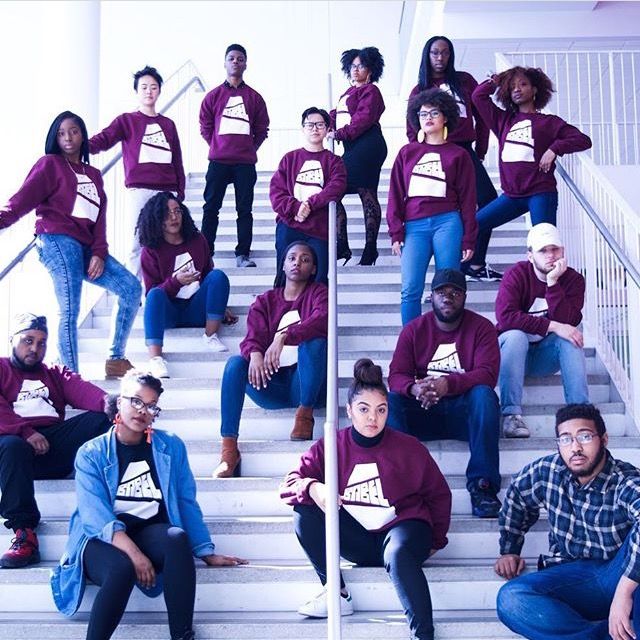 “At the time I was learning a lot about gender norms and I was raised in a predominately Christian household where a lot of gender norms weren’t challenged. A lot of people on my Facebook feed were clowning him and saying ‘This is not how men should be dressing'. Clothes don’t really have a gender. Why are you so upset about it? I think a lot of the [controversy] stemmed from hyper-masculinity and jealousy. When I wrote the poem I was like, this is such a stupid thing that him wearing a dress is ‘bad’ for the community," said Parker.

While shedding light on how hyper-masculinity and gender norms are detrimental to the community, he was able to tie in a surprising piece of his family’s history.

“One of the things I talk about in the poem is that my grandma at one point told me that one of my great uncles was blamed for the murder of a white woman. In order to escape the police, my great great aunt ordered him a train ticket from wherever he was in the north to Jacksonville, Florida. He posed as a woman and wore a dress in order to escape.”

His poems mainly deal with the topic of race. Even if his poetry relates to Black people, he has the ability to write in a nuance way that provides comprehension for his audience regardless of any background in the crowd. For this year, he’s gotten more personal with poems about his mental health, depression and anxiety.

“I’ve had a lot of times where people will come up to me and tell me, ‘That poem made me think differently’. I have a roommate who’s white and he told me ‘Going to your poetry shows made me understand more about historical race-based issues.' I’ve been an audience member for a lot of poems and I’ve been like ‘I don’t know what’s going on, they’re using super big SAT words.' I want to make sure my work is accessible. I always write to be intentional. I always want to write something that is there for a reason.”

Although Jamal is a 3-time international slam champ, he’s aware that with performances there will be some mishaps. But, with extraordinary talent always comes preparation and finesse.

“I’ve had so many performances where I forgot my own poem, but I’ve jumped to the next line and no one noticed. I’ve freestyled my own poems. In many Babel shows that you’ve seen, their performance was dope, but that performer forgot their lines. But, because they were coached or went through a rigorous training process they know ‘If I forget my lines, I just need to hop onto the next one.”

Along with being involved with PYPM and Babel, Jamal is the co-founder of his own poetry collective, Black Boy Fly. His best friends and fellow poets, Jovan McKoy and David Pratt, are a part of BBF and the trio have been able to bring their previous experiences to the forefront and have freedom and fun with their work being that it’s only the 3 of them. 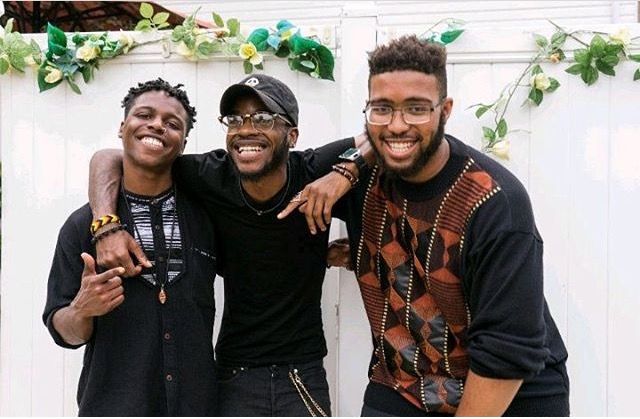 The summer of 2017 was the launch of BBF with publicizing their collective on social media, gathering media and having a photo shoot. In the fall, they started hosting open mics at his house, have hosted two slams and have collaborated with the company Only Elite Matters for events. They also have an upcoming collaboration with members of Babel on December 9th.

Temple has competed in the College Unions Poetry Slam Invitational 3 times and Jamal has been a part of the team having won twice: 2016 as a performer and 2017 as a coach. He will be competing again for CUPSI 2018. Prior to being on the team for 2018, he had been going back and forth with the idea of continuing slam. He decided to stick to his truths and reveal them in a poem about the process of being a youth in slam and how it has been exhausting and had deteriorating effects on his mental health.

“Ironically enough I won that entire slam. I’m on the team with 4 other dope individuals and 3 coaches. I’m really hype because I love all of my team members and a lot of them come from the same organization, PYPM. The competition for the first time is at Temple University and 70 other colleges from across the country will be here and there will be poetry slams all over in the rooms of the student center. 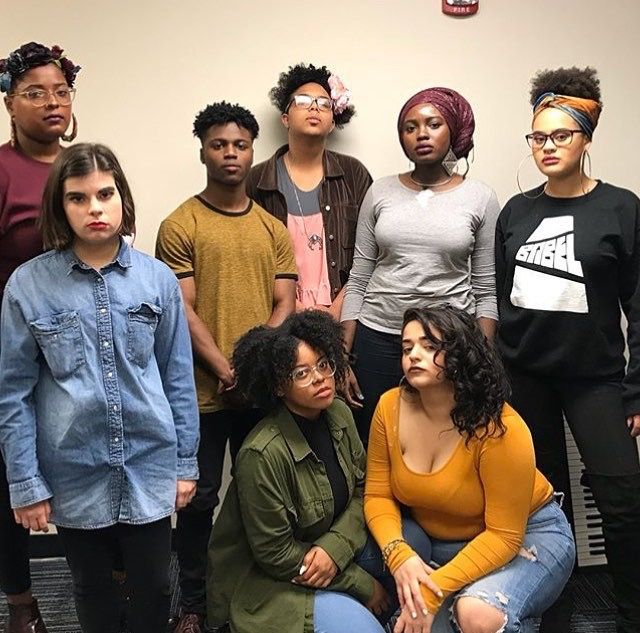 The competition will be on April 4-7 and held on Babel's home turf of Temple. What heightens the anticipation of the competition even more is that it also falls on Babel's 10th anniversary. Make sure to come out and support Jamal and Babel in the spring!