From learning to speak up to learning how to fight, these women to be ready in case of an attack.

On Tuesdays and Thursdays at 12:30 p.m. in Pearson Hall, Michelle Harmon teaches her weekly course―Personal Defense for Women. 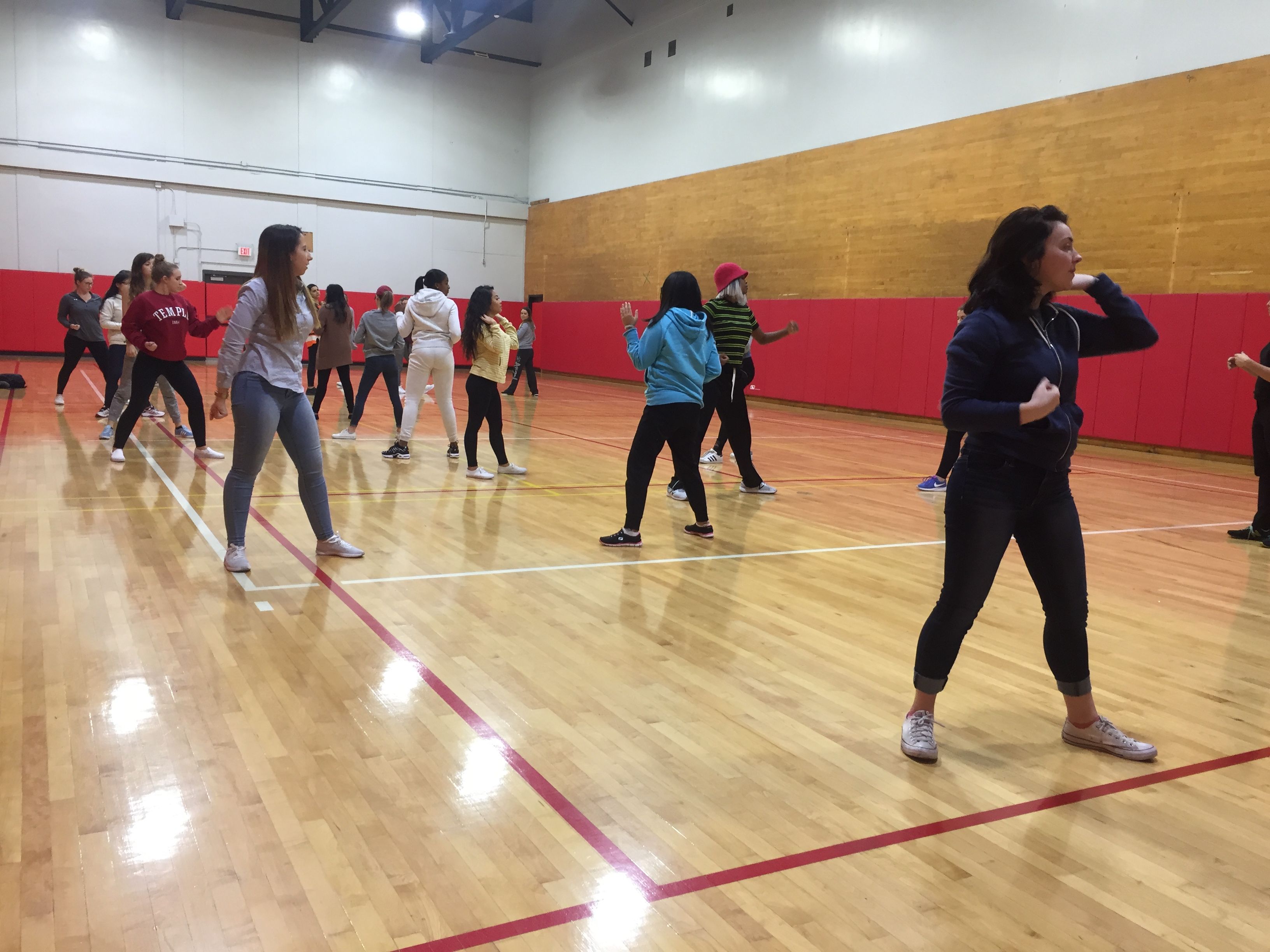 This class taught by Harmon is helping female Temple students

Personal Defense for Women is a class that focuses on the different skills women gain from self-defense.

The course consists of lectures, discussions, and workouts that gear toward women achieving self-confidence while also preparing them to protect themselves.

Harmon has been a basic physical instructor in the Kinesiology department at Temple since 1999. In 1997, she started teaching the RAD program which stands for rape, aggression, and defense.

Between the risks and the basic physical defense moves, they play a large role to help women in the event they are attacked.

The goal of the class is to avoid being in a position of attack and this is taught from the victimization triangle.

Each class studies on something different. A small component of lecture is involved because this teaches the defensive mindset. At some point during the class session, it transitions from lecture to action.

In the beginning of the class, the women learn about the defense stance, and how to best position their bodies. This ties with vulnerable locations and personal weapons that represent body parts like an elbow, an arm, etc. 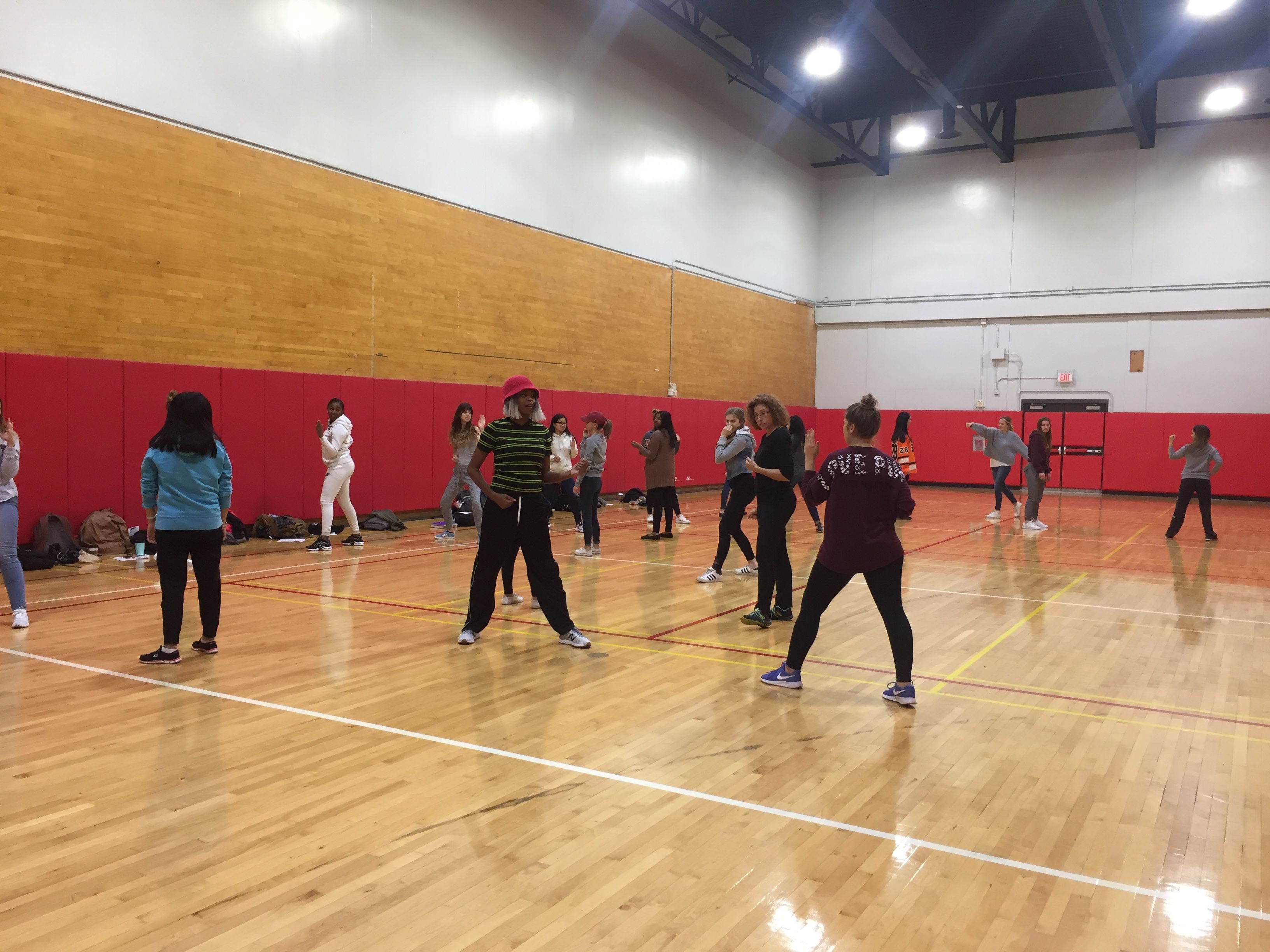 “The class progresses with learning how to use your body and your voice—which is so often overlooked, especially with women”, said Harmon.

The women of the class also learn how to be comfortable speaking up in situations that require them to use these self-defense techniques.

“I often say that your voice is in the first line of your defense; that perpetrators are always going to be testing their potential victims and your voice can dissuade someone from going even further,” said Harmon.

When women use their voice, it’s coming from their diaphragm. Using the vocal cords typically causes people to scream, however the diaphragm allows the projection of a large, booming, and assertive voice.

Voice is important, as it draws attention to the situation, which is something the perpetrator doesn’t want from their potential victim. Harmon says, “Whether it be abduction, sexual nature, or any attack, your voice is first going to take control back and shock the perpetrator.”

The power of voice revs up the adrenaline so in the event that woman needs to fight, she has the energy available.

What to do after an event of attack

Harmon likes to put everything on the table and talk about a lot of different topics.

By having an only women class, it makes women feel more comfortable talking in front of the class about their experiences and doing physical acts with other women.

The class discusses a variety of topics, such as what to do in the event of sexual assault, rape kits, what happens during a physical exam, how women can protect themselves, and how evidence is collected after a sexual assault.

Harmon's self-defense course teaches women to realize why it's so vital to not cleanse themselves immediately after a sexual assault or rape because of the evidence that may still remain on or inside of their bodies. It’s understandable that her first instinct is to shower or get rid of the clothes she was wearing during the attack, but Harmon reminds them that when they take off their clothes they should put them in a paper bag.

The class also goes over the resources that are available if sexual assault happens and the intent to have her be informed in a class of safety and security instead of being unsure when she reports her incident.

From being informed beforehand, women will know that pictures will be taken, their fingernails swabbed, or pubic hair combed to look for other DNA evidence.

This process may be overwhelming for women but the heads up on the procedure may hopefully make the trauma less.

“The beginning of the class will take a number of women through a lot of emotions,” said Harmon.

There are many different reasons for why women choose to take this course. Whether their parents have pushed them to, they thought that it would be an interesting experience, or the fear they have from walking home alone at night, the reasons are many.

However, when they begin to recognize the risks and create a defense mindset, their confidence builds up again. Soon, they may even gain more confidence than when they first entered the class.

Harmon instructs her class to practice what they learn to the point where it becomes second nature to them.

This second nature involves the three seconds response. The three-second response is a scenario in which the first instinct is panic, the second is to assess the situation and see what weapons are available, and the third is to react. The result of the three seconds is learning to get out of a potentially harmful situation. 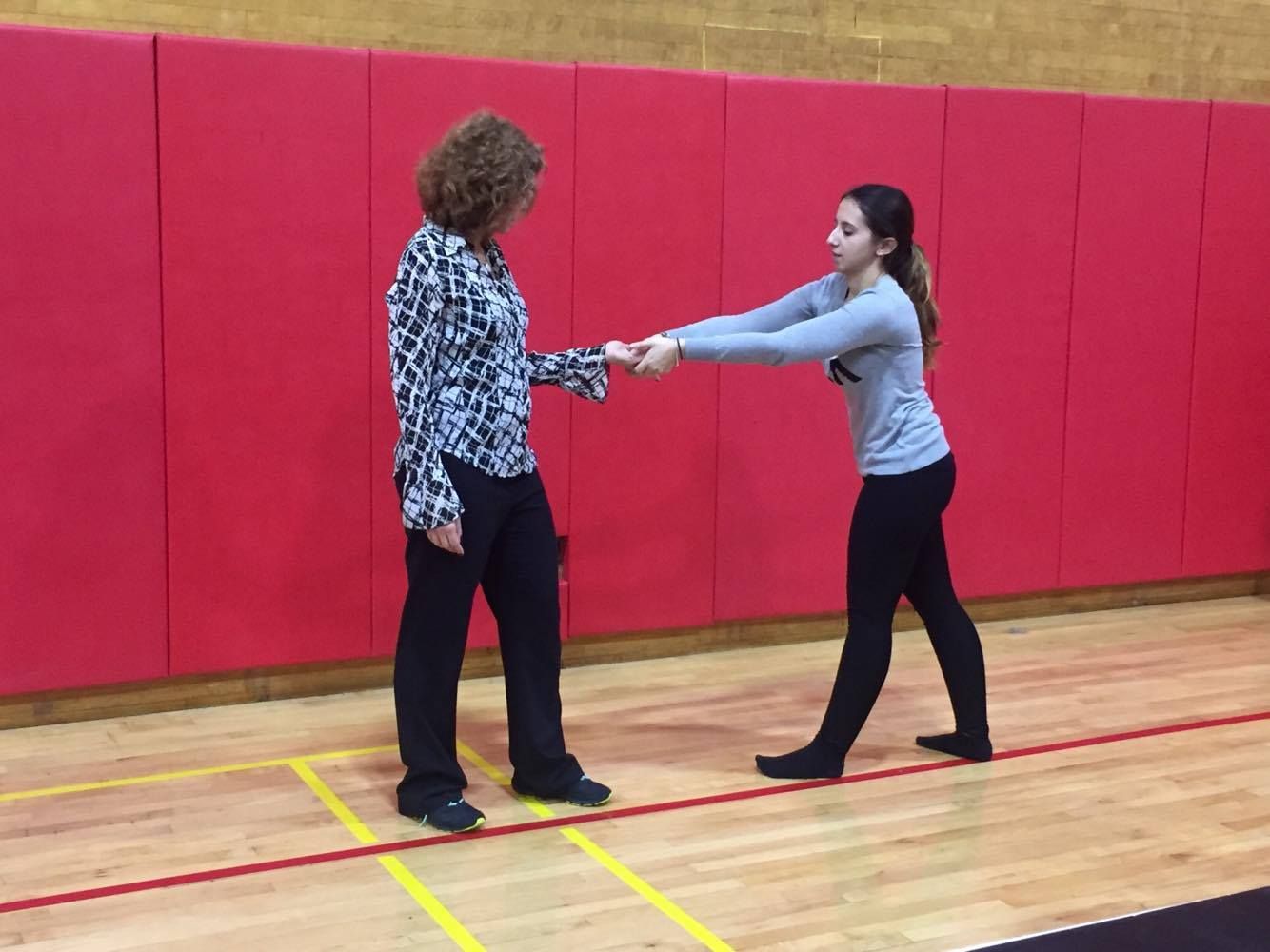 Harmon asks her students to record each other to see what moves they are using and realize the moves that were involved were from the class lessons.