We spoke to the Temple couple who wrote ‘Milk and Vine,’ the parody book that went viral on Twitter

Every now and then, a new author will emerge with a book that captivates an audience with its plot and characters. Oddly enough, a book about vines, combined with Rupi Kaur's Milk and Honey, has captured the attention of everyone — probably because it's so damn great.

Temple University students Emily Beck and Adam Gasiewski originally wrote their book best-selling book Milk and Vine on Amazon's self-publishing website for their friends to enjoy just a few weeks before it became a best-selling book. (It currently sits at #2 on Amazon's Best-Sellers List.)

While their success is mind-blowing, both students are just humble freshmen here at Temple who wanted to make a funny book for their friends to share. Now they're being praised for their genius book.

This is my legacy pic.twitter.com/pO5rhhfuWv

The Tab Temple spoke with the unexpectedly famous freshmen couple about their recent success and what we can expect from them next. 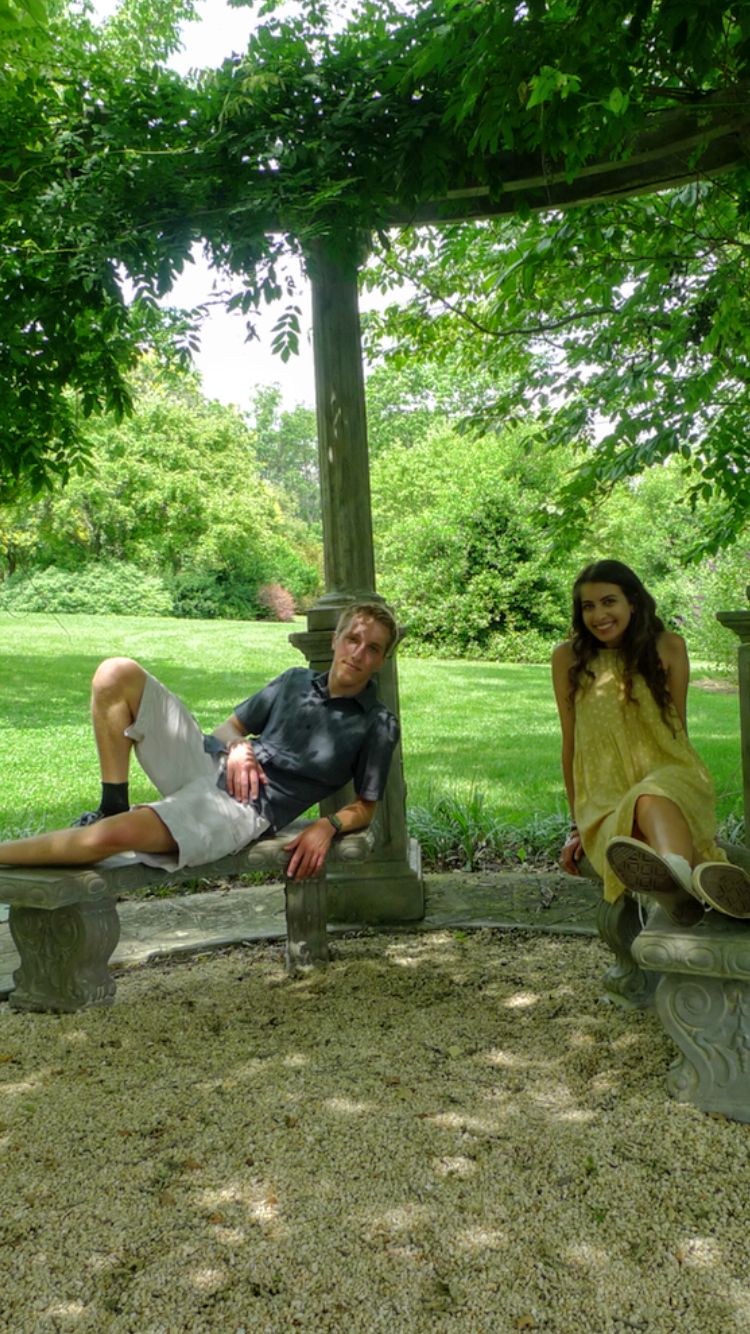 The success of their book has Adam and Emily more shocked than anyone else.

Could explain how you guys even came up with the idea of this book?

Adam: We were walking around Barnes and Noble one day when we saw Milk and Honey. We heard about it before but I never really read it. We flipped through a good portion of the book and we liked the idea. I've always had a desire to write a book and I recently learned about Amazon's Kindle publishing platform, where anyone can self-publish themselves and upload it online for free. You can make it a Kindle or paperback and have it distributed worldwide. I saw this as a really cool opportunity and I told Emily that we should write a book together.

I told Emily it could be a parody or something but we just didn't know what idea exactly until later when Emily thought about using Vines as poetry. It's funny but people open up this book and expect deep poetry, but it's just ridiculous vine poems.

How did this make its way to social media?

Emily: Adam posted it on Twitter so our friends could retweet it because this book was originally made for our friends. It just went viral overnight and I just remember sleeping and waking up with thousand of retweets and favorites. I was like "Ohhhh OKAY!"

Adam: Twitter was the best platform to post about it, in hindsight since it's the perfect demographic. People who are 15 to 30 years old know what Vines are and the famous Milk and Honey. Vines are on Twitter a lot, so everyone understood the concept of the book and it really took off.

It’s official. Milk and Vine has now surpassed Milk and Honey on the charts and is in the top ten best selling books in the world. ?????? pic.twitter.com/wrQCMe2zVH

What were your families' reactions to the book?

Emily: We originally didn't tell our families! We told our friends right away but our families did not know. We didn't know how to tell them that we made a book and it went viral?!

Adam: Not only that, but the concept of the book too. It's just really edgy and vulgar so I didn't really want to tell my family. I waited until we hit the #1 best-seller and I texted my parents to check out the number one best-seller on Amazon.

Emily: My parents actually called me and said "What is this book that you wrote?"

My friend's mom told my mom that my friend had bought the book. So when my mom asked about the book I said "Oh it's just a normal book."

So is it really true that you guys wrote this book a few weeks ago?

Adam: Yeah, around October 18th. We went to Center City's Barnes and Noble and we saw the book Milk and Honey.

Milk and Vine was published on October 22nd on Amazon. We wrote it in the few days in between those dates. The tweet I tweeted of the book went viral so I posted the link underneath it and the rest is history.

Are you guys going to see some profit from this?

Adam: Some. We priced the book really low and there's no other book priced this low. The margins aren't great but what we are doing now is talking to agents and publishers to get the book into retailers. Barnes and Noble already contacted us about placing our book into their stores. We're planning to go worldwide.

How do you guys feel about all of this?

Adam: It's just a lot to happen so quickly. I feel like these things normally take a longer time. If you look where our book is it's next to Obama and people who have millions of dollars with giant publishers behind them. While we just breezed right passed them in a 24 hour period. Every single day since has been unbelievable.

How have Temple students responded to this?

Emily: Everyone on my floor usually just stare at me. They knock on my door and they hand me the book with a pen. I'm just like, "All right!"

My friends at home are updating us all the time, they're the ones who are supporting us and telling us how successful the book is becoming. We check our Twitter all the time but we can't possibly favorite everything we see about the book.

Adam: Nothing's changed for me, really. I just keep doing me. My friends and family are also very supportive.

s/o to my floor mate and her bf being famous https://t.co/bq6quZn5XP

Which poem is your favorite from Milk and Vine?

Emily: My favorite is the Girl you're thicker than a bowl of oatmeal.

Adam: The Trey one is definitely my favorite.

Adam: Well, now we just have to choose a publisher and just recover from all of this. We are looking into some other ideas for books and publishing deals. We do want to write more, but we just need to plan it out.

You can buy their best-selling book here and we'll be waiting for their next project in the future.