“When I was walking with the crowd I felt strong, I felt that people were listening to my voice, and that I wasn’t alone.”

On September 30th, crowds gathered at Thomas Paine Plaza in Center City to participate in the March to End Rape Culture.

The march is an annual event held in Philadelphia that aims to diminish slut shaming and victim blaming.

“The fact is, it’s never your fault,” Andrea “Cookie” Noel, an organizer of the event and of Take Back the Night, said. “It’s the rapist’s fault.”

Noel believes it is important for people to understand that anyone can be raped, regardless of profession or marital status. She spoke of her experience with rape while she was working as a prostitute and authorities did not take her rape allegations seriously.

“It’s crazy because I’m a victim of rape,” Noel said. “I was raped five times and only remember two. I remember one time when I reported to the cops. I was a prostitute for two years, and it happened around that time. The cop told me, ‘You’re mad because he didn’t pay you.’ I was flabbergasted.”

This was not the only instance where police did not take Noel’s allegations seriously during her time as a prostitute. Noel reported the disappearance of her friend, Bonnie, after witnessing a man throw her into the trunk of his car and drive away.

“He got out of the car, threw her into his trunk, and drove off with her.” Noel said, recalling the incident. “I looked for her for over a month and I kept going to the cops. They kept telling me I was her pimp. I don’t know what happened to her. I never found her. I just pray that she’s good, that she’s fine, that he didn’t hurt her or anything. The cops wouldn’t help me because she was a prostitute and that made us less citizen, I guess.”

The event also called for changes in the elements of society that normalize rape.

"When I was walking with the crowd I felt strong, I felt that people were listening to my voice, and that I wasn't alone." –@rachelameliaaa pic.twitter.com/xbTaDsnIiA

Participants of the march gathered to 1401 JFK Boulevard to share support and spread a positive message. The all-inclusive event began with music. DJs Wassup Gina and Magglezzs played music primarily by female artists and female led bands such as Beyonce, Nicki Minaj, No Doubt, and Paramore.

Organizers shared their own experiences with sexual violence in the form of poetry and speeches before sending marchers on their trek through the city.

Marchers traveled down 15th Street and turned right onto Walnut Street. Participants chanted, waving signs and flags, as they traveled around Rittenhouse Square. From there, marchers traveled across Locust Street and made a left onto 11th Street. The group of sexual assault survivors and allies then turned left onto Walnut Street. The group of marchers then made their way back to Paine Plaza by traveling across 13th Street and turning onto JFK Boulevard. 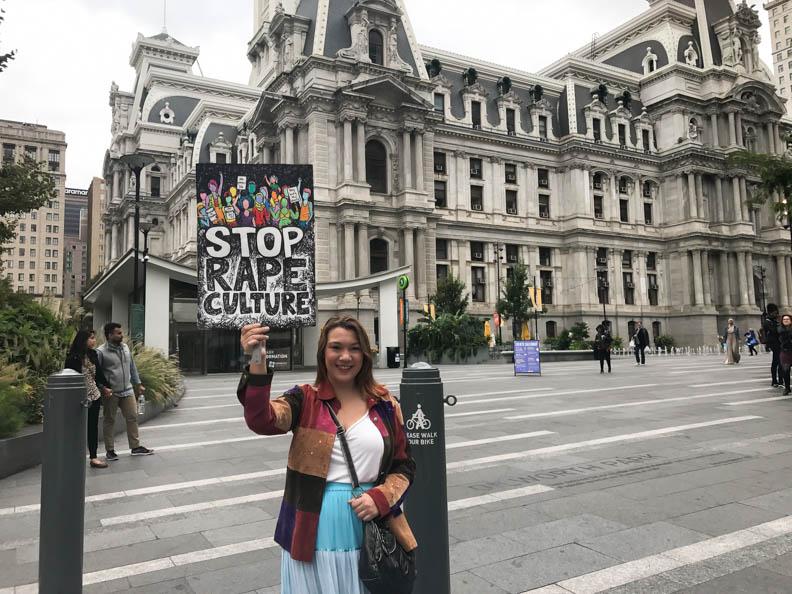 Temple sophomore, Nichole Mottershead, holds a sign she made.

“Blame the system, not the victim!” Participants of the march chanted while travelling through the city.

Pedestrians and other people passing by showed support by applauding and taking videos of the march. Office workers came out of businesses to watch and applaud the group of marchers. Men making deliveries applauded the group as it passed by.

Employees of the Planned Parenthood on Locust Street waited outside for the participants of the march. The group of employees cheered as the march participants passed by.

“I came today because I wanted to end the oppressive culture that hurts women in, not only our country, but around the world,” 19-year-old Sierra Reddi said, holding a sign. “We just need to fight to get rid of the entire [rape] culture because only three percent of rapists go to jail, which is insane.” 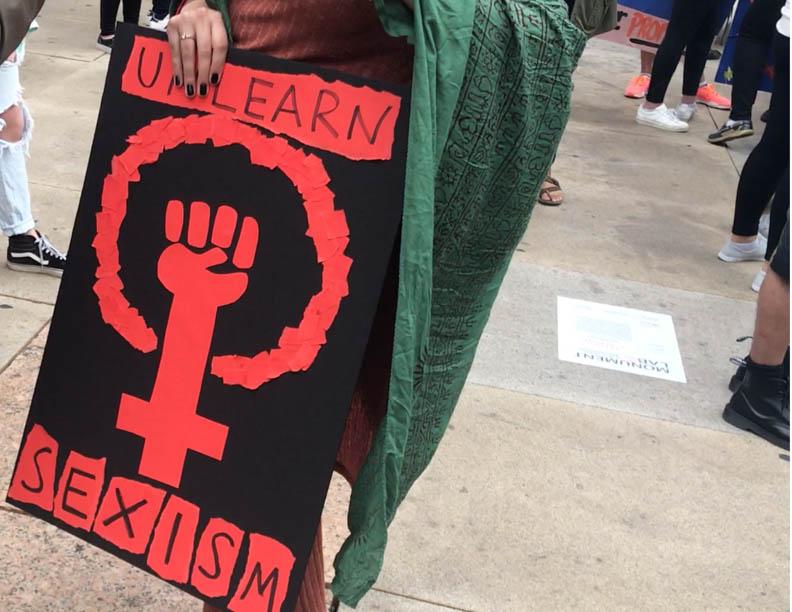 "I wanted to convey we can unlearn all these values in our society."

Reddi came to the event in support of rape survivors. She believes education is really important in preventing rape. Reddi believes that people should be taught about the importance of respect while they are children.

“[Respect] is a right that everybody has and that violating that is very wrong,” Reddi said.

Not everyone came to support this event. A group of religious protesters gathered at Paine Plaza at the start of the event. The protesters shared their disagreement with homosexuality and Islam while heckling participants of the march.

Laquisha Anthony, an organizer of the event, asked a group of people to stand tall and form a wall between the protesters and participants of the march. 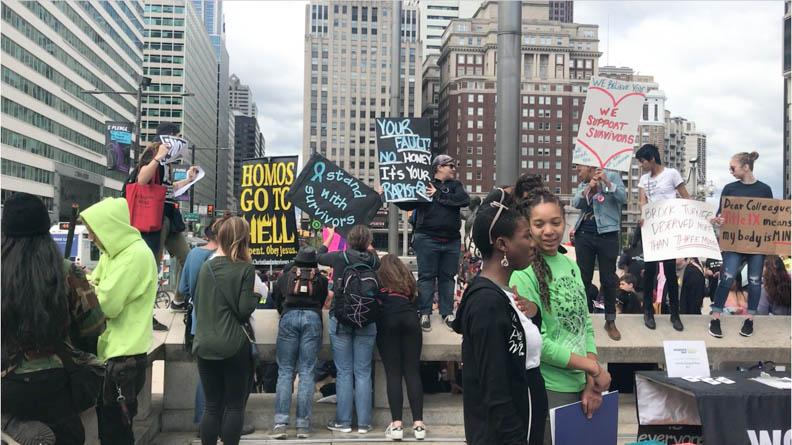 Police officers shared their support of the event by escorting the group of sexual assault survivors and allies through the city.

The event brought people from different backgrounds together.

"You’re not alone," Noel said. "I just want people to know they’re not alone and it’s never your fault that something bad like that happened to you."