Let’s take a look back at Temple’s football success over the past two years. 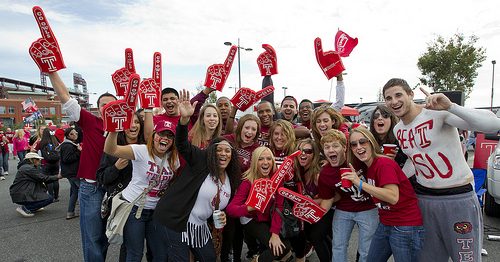 And then Matt Rhule decided it was time to break up because he found someone else.

But let’s not pretend Rhule’s decision to leave was the only thing that put Temple at the 118 spot out of 128 on ESPN’s "Ranking College Football Fan Happiness" list (but we are still salty).

The Linc has been visibly empty for a while now as fans are certainly not flooding the stands to see the Owl’s play.

ESPN label’s Temple fans as “distraught,” with only a 1% Twitter Buzz, 28% Program Power, and only 2% on the Recruiting Trend.

ESPN also states that there isn’t much pressure on our new coach, Geoff Collins, as expectations are already low, but thankfully 71% of our fan base believes we have coaching stability.

According to Dan Levy, a sports editor for Billy Penn, Temple’s crowd attendance is the reason we were snubbed on our bowl game.

“Before you get too angry, Temple fans, let’s remember you are not Penn State. You aren’t even Pitt. Bowl games are about who can draw a crowd….Temple’s home attendance at Lincoln Financial Field this season was 190,574 for seven games, or less than what Penn State draws at home for two games a year. Temple’s average attendance of 27,225 is fine, but it’s hard to imagine too many fans making the trek to Annapolis on Tuesday, December 27 for a 3:30 p.m. game when the average crowd they could get at the Linc on a Saturday can almost fit into a basketball gym.”

With a total enrollment of 39,581, we need to get out and support our team. Although we must thank Matt Rhule for the complete 180 he did for our football team, it’s only going to keep getting better with Coach Collins.

Penn State is ranked 12 for overall fan happiness. We have an awful lot of work to do but let’s make this one less thing Happy Valley can brag about.