No one cares if you were on a break, Ross

One of the main components of the show Friends is the characters' romantic lives. It feels like each episode, Joey sleeps with someone new, Phoebe finds a new guy in Central Perk that she wants to date, or Ross strikes out yet again because he's talking about adding smells to gas. And of course, there's the ongoing Ross and Rachel relationship.

While the dating scene in Friends isn't necessarily bad, it definitely isn't something to be idolized.

Ross and Rachel's relationship dominates the story arc of the entire show. Every character inevitably finds themselves absorbed in the excess drama of their many makeups and breakups. The toxicity of their relationship is constantly overlooked by everyone's burning desire go see them end up together. 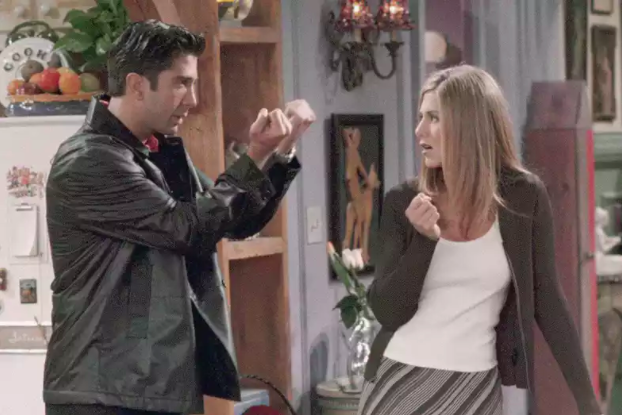 Before the iconic scene where Rachel ~almost~ moved to Paris only to realize she really did love Ross, the pair went through one of the most complicated on-again-off-again relationships.

Through the entire show, there are subtle hints that Ross and Rachel are meant to be together, whether it's Ross's admission of his lifelong crush on Rachel, Rachel saying that she doesn't like it when Ross goes out with other girls, or their general discomfort when the other talks about an upcoming date.

But even with the writers literally bending over backward to make the Ross/Rachel relationship worthwile, it still reads as extremely problematic. Ross's "cute" high school crush on Rachel was nothing more than a device used to convince viewers that Ross was "good guy" and to outweigh his undeniably flawed approach to relationships.

Think I'm exaggerating? Recall the horribly degrading list he made about Rachel. You might remember it: it was part of the whole Rachel v. Julie plot line wherein Ross made a pro and con list to decide which woman was more worth his time.

Rachel's cons include "spolied," "chubby ankles," "too into her looks" and the ever-degrading "just a waitress". 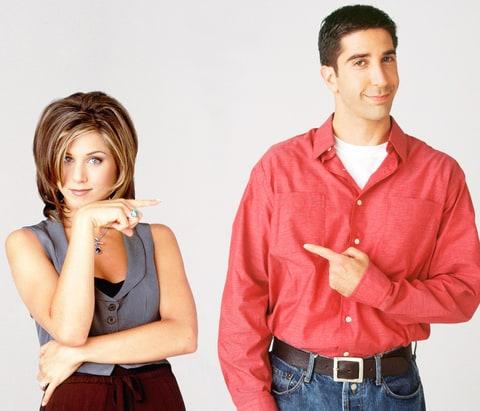 Ross knew the immensity of his feelings for Rachel, and rather than admit that to her and his current girlfriend, Julie, he thought it would be better to make a list detailing what was wrong with each of them in order to validate his decisions.

Rachel is not without blame in this relationship disaster, either. Only a few episodes after Ross and Rachel's initial breakup, Ross asks for permission to date Bonnie, one of Phoebe's more eccentric friends who is supposed to be bald. However, when Bonnie meets Ross, she isn't bald at all — she has beautiful, blonde hair.

Rachel, who honestly deserves an Oscar for her performance of 'supportive friend to her ex's current beau,' vindictively convinces Bonnie to shave her head, breaks the couple up, kisses Ross, writes an 18-page letter and rekindles the flame almost immediately.

These instances do not exist in a vacuum — in fact, there are several examples in the show where either Ross or Rachel selfishly ruin potential relationships for the other due to their own feelings.

Like when Ross makes Rachel out to be a prostitute. Or when Rachel flies to London with the intention of ruining Ross's wedding. The list goes on.

i'll never get over ross and rachel ?❤️ pic.twitter.com/7VgijUjGEI

Their callous manipulation of other people to ruin something good for their friend is grossly glamorized as a funny sub plot. Not to mention it is continually overlooked by the other four friends in the group.

And do I even have to say it? Ross and Rachel broke up because of the infamous "we were on a break" fiasco. Rachel clearly stated that she thought the two should take a break, and then was upset that Ross went along with it.

A completely overlooked and underrated detail of this breakup is Rachel allowing Mark over to her apartment immediately following her fight with Ross. Although it was Mark's suggestion to come over, Rachel should have never let him stop by, especially knowing how Ross felt about Mark and the previous tension between all three of them.

It definitely was not in Ross's best interest to sleep with someone else, but Rachel is not exempt from blame for their breakup either.

Additionally, while Ross's offense may have been more betraying, Rachel was was out of line to try and force Ross to accept that he was completely responsible for the downfall of their entire relationship.

After both breakups Ross and Rachel went through, they got over their past relationships so quickly that it was hard as a viewer to digest or believe. Aside from one or two episodes where Ross and Rachel couldn't stand to be in the same room with each other, they became great friends again almost immediately.

The "friends-with-an-ex" relationship they attempt to carry on throughout Friends is something people actually admire and even hope to achieve with their exes.

But let's be honest, for anyone who has tried to remain friends with an ex, it's simply not that easy. It's hard to force yourself back into a friendship with someone you were in love with for that long, and it's impossible to do so while holding on to the history you had as a couple.

This emotional gap is portrayed as something quickly and easily attainable to anyone looking to transition from a romantic relationship to a friendly one.

Don't be upset though, Friends still has great couples for you to idolize: Monica and Chandler, Phoebe and Mike, or Joey's floor and spaghetti.