Emma Silverstone is a Junior Communication Studies major at Temple University. Like so many of us, Emma loves attending concerts to watch her favorite artists perform live.

Emma especially has taken interest in capturing her favorite moments during a show with the use of her camera, and being from Cherry Hill, New Jersey, Emma has had the opportunity to be surrounded by so many music venues in nearby cities, such as Camden and Philadelphia.

When she first joined Instagram, Emma posted her concert photos to share with her family and friends, but as she began attending more shows, she started taking her photography more seriously, and eventually, she began taking photos for a website called Concert Updater.

today's free at noon show was hands down my favorite so far this summer, @jidenna is amazing ??

Concert Updater is a site where photographers from around the world can contribute by submitting their own concert photos.

Although she has only been contributing to the site for a little more than a year, Emma has already submitted photos from a variety of shows, including Twenty One Pilots, The Struts, COIN, 5 Seconds of Summer, and many more.

Being involved with Concert Updater has opened the door to several opportunities for Emma, such as helping her land an internship with WXPN, a radio station at the University of Pennsylvania.

We had the chance to interview Emma about her internship at WXPN and what it’s like contributing to a site such as Concert Updater. 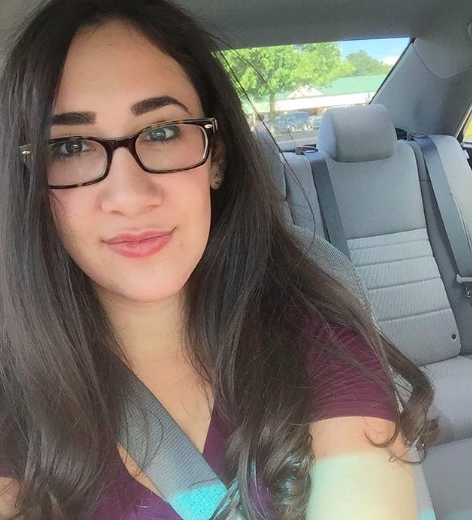 Could you tell us about yourself?

When did you first start being interested in concert photography?

I think I first started being interested in concert photography back in 2011 when I got my first point and shoot. It was a terrible camera, and none of my photos were good but there was something about it that really caught my interest. I eventually got a newer and slightly better point and shoot, which I actually still bring to shows if I can’t get a photo pass.

How is it different from other forms of photography?

Personally, I hate making people pose for photos. It feels too forced so I avoid it as much as possible. With concert photography, you can get candid photos of the performers doing what they love, and that feels much more genuine. There are definitely moments onstage where performers pose for the cameras, but most of it is facial expressions and movements done naturally.

Can you tell us about Concert Updater and how you contribute to the site?

Concert Updater was founded by the AMAZING Nicolette Cunningham and it’s been an amazing opportunity-without it there’s no way I would be where I am today. It’s a website where people can contribute photos and reviews from all over-our team consists of photographers in LA, Philly, London, and so many other cities- and it’s an amazing site. I take photos at shows that I go to, and send them to be published online.

What kind of experience have you learned since being involved with Concert Updater?

Since contributing I’ve learned how to shoot in a photo pit obviously, but I’ve also learned about the process of contacting artists’ publicists and how to maintain a professional relationship with the people you want to contact.

How has it helped in your internship with WXPN, and could you tell us about the work you do?

Since I’ve gotten experience shooting, I’m able to do a much better job at my internship, which involves me photographing bands that come into the studio, as well as weekly free concerts held in the venue connected to the studio’s building. This is my first internship and I couldn’t have asked for a better group of people to work with.

diet cig stopped by to record a few songs today ?

What opportunities has the internship given you?

The biggest opportunity this internship has given me was to shoot at a music festival, which just occurred this weekend (July 28-30). My job was to take photos and upload them to the station’s social media accounts. It was a lot of work, but I absolutely loved it.

Which new bands and artists have you become a fan of since interning for WXPN?

One of the biggest surprises for me was the rapper Jidenna, since he did a free concert one week. I’m not usually interested in rap, but he was an amazing performer and I loved every minute of his set. Also, while it wasn’t a discovery, I love the band Hippo Campus, and they came into the studio one day which was probably the coolest thing that happened, haha.

one reason why i love this internship is because i keep discovering new artists to listen to that i might not hear about otherwise ?? here's one from @kevinmorby's performance yesterday

What do you see yourself doing in the future?

I think my dream job would be working for a record label or music magazine, but I need to get experience with writing to help my chances. But if I could do that I would be super happy.

What advice do you have for anyone interested in getting into concert photography?

I’m still fairly new when it comes to concert photography so I don’t feel like I’m in a place to give a lot of advice, but my advice would be to shoot as much as possible, whether or not you have a lot of nice camera equipment. Learning the basics of how to properly shoot while on my tiny camera really helped me when I finally splurged on a DSLR.

If you could photograph any artist or band in the world, who would it be and why?

I’m gonna give two answers since I can’t narrow it down to just one, haha. Firstly would be Bastille, because they’re my all time favorite band and I would love to photograph one of their shows. Next would be Harry Styles, because he’s so energetic onstage and I would absolutely love to capture that.