Meet the man behind Rosa’s Pizza, where Philadelphians help feed the homeless

He quit Wall st. to start it

Rosa’s Fresh Pizza is an eatery located in Center City, Philadelphia that encourages customers to “pay it forward”.

The restaurant charges one dollar for a slice of pizza, and the Philadelphia community saw this as an opportunity to give. Rosa’s customers can pre-pay for slices of pizza for the city’s homeless population. The restaurant keeps track of the slices for the homeless by putting post-it notes on the walls.

This practice began with one customer and one note. But soon, the walls were covered with sticky notes and “thank you” letters from the city’s homeless population. Some customers even leave an encouraging message on the post-it note. 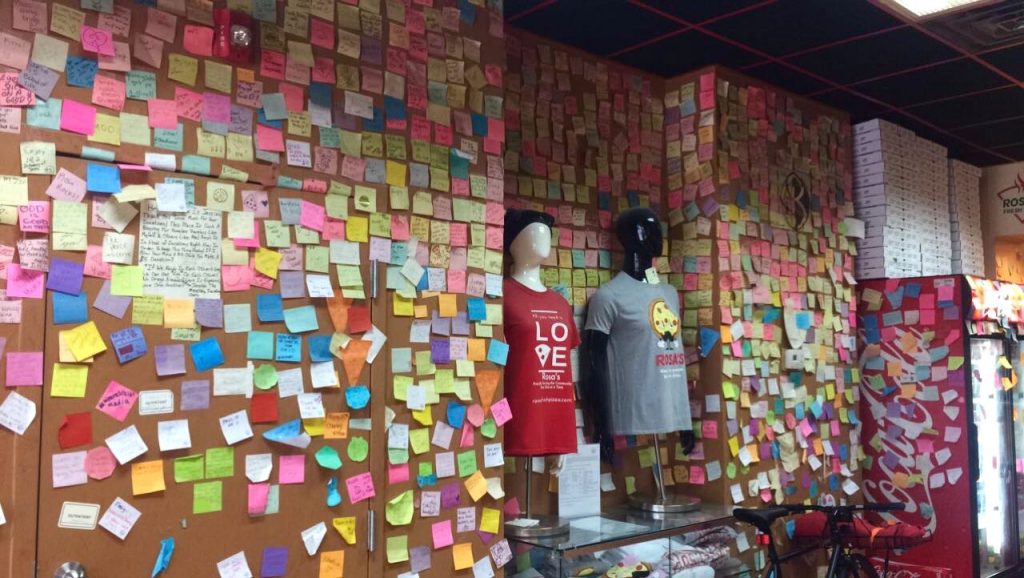 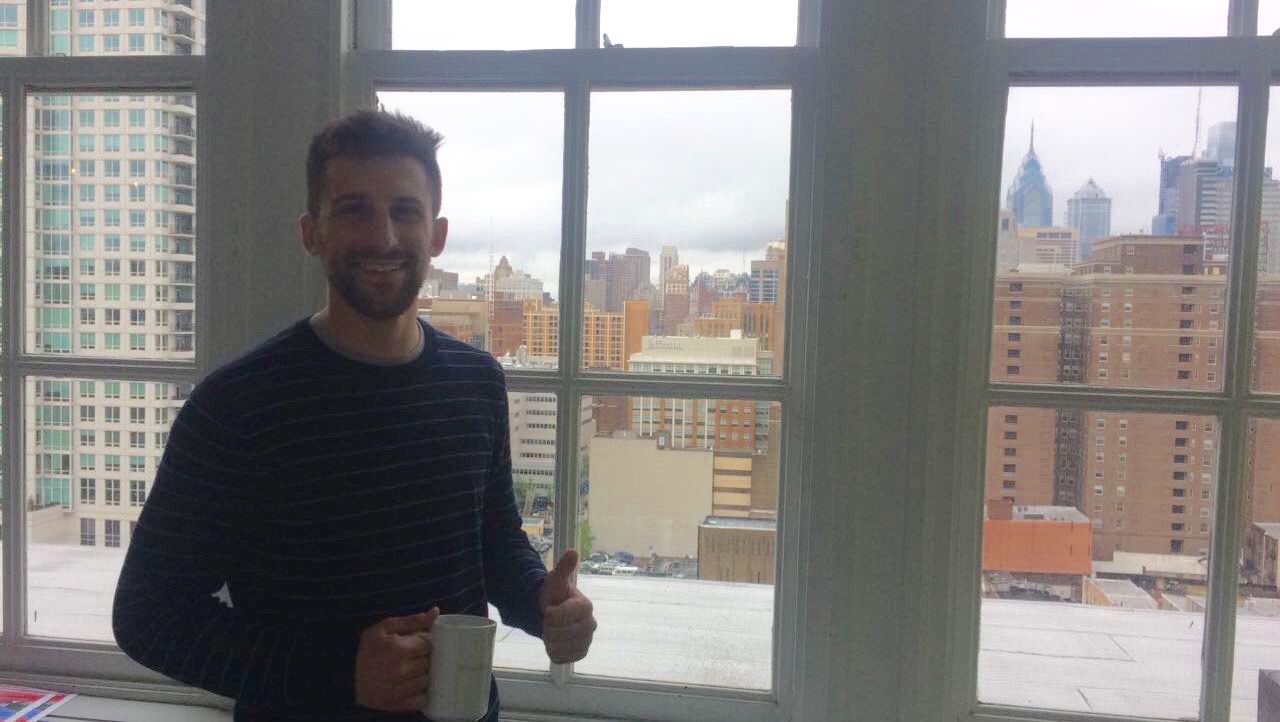 “I was working in New York, on Wall Street,” Wartman said. “I had been looking to move on from my job. I wasn’t in love with the finance industry anymore.”

When starting Rosa’s, Wartman was inspired by his time spent in New York.

“I had always wanted to start my own business and there’s a bunch of dollar pizza stores throughout New York and Manhattan,” Wartman said. “I thought it was a concept I could work with here in Philly.” 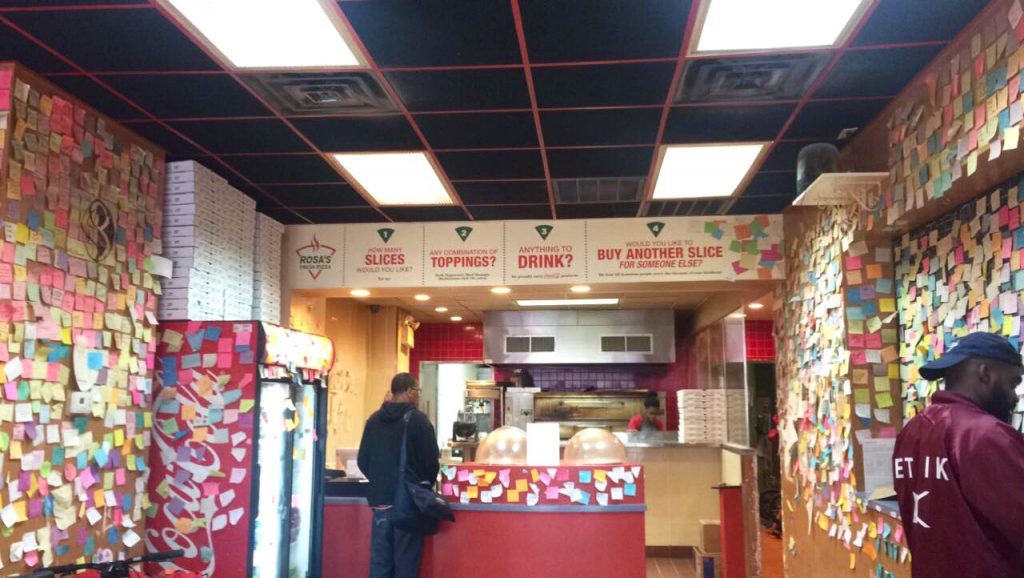 Due to the affordable prices, the restaurant typically received a lot of homeless customers. A customer started the pay it forward system that the restaurant is now known for.

“One day a customer came in after reading that we naturally serve a lot of homeless people because it’s affordable food.” Wartman said. “He tried out pizza and liked it. He asked us if homeless people ever came in short and didn’t have a full dollar. They did and I told him as much. He offered to pre-purchase a slice for the next homeless person.”

According to Wartman, that customer was inspired by caffè sospeso, a practice that takes place in Italian coffee shops. In this tradition, customers will pre-purchase coffee for someone that is unable to pay.

“The cafés will put an empty cup on the shelf behind the register to kind of keep track of the inventory.” Wartman said. “We started using post-it notes and that’s how Rosa’s became what it is today.”

Rosa’s primarily sells pizza by the slice, but the store sells around 100 whole pizzas and serves between 50 and 100 homeless people each day. 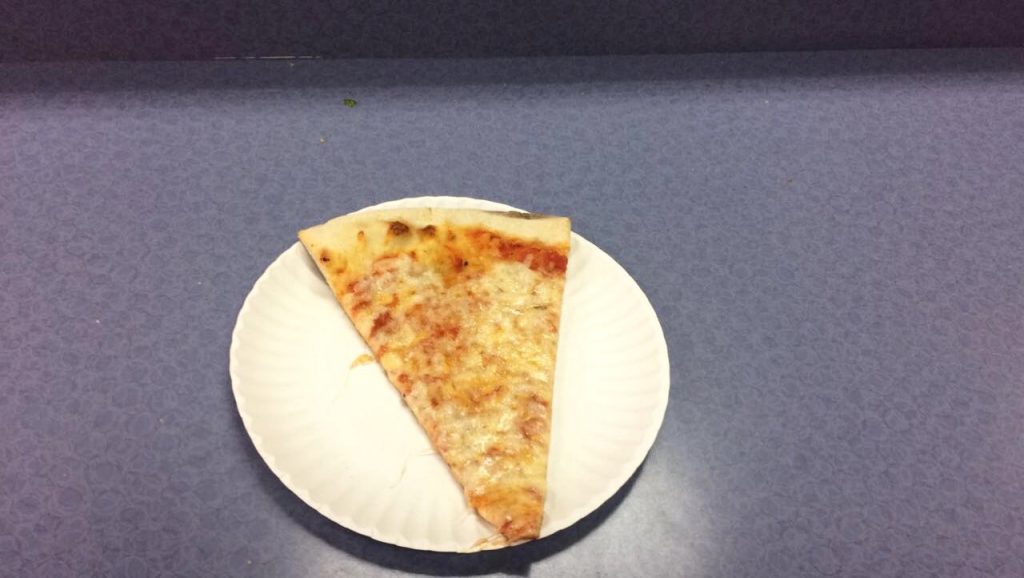 The restaurant, which Wartman named after his mother, has received worldwide attention and was even featured on The Ellen DeGeneres Show.

“It’s been, honestly, very gratifying.” Wartman said about the attention. “They are very appreciative and supportive of what we do. People from all over the world donate online and visit us in the shop when they’re in Philly. It’s a concept that a lot of people understand very quickly. It’s very simple and they appreciate that. They appreciate the simplicity of participating and the transparency of the program. It encourages more involvement. It’s great to see.”

Rosa’s Fresh Pizza is located on 25 South 11th Street, tucked between Market Street and Chestnut Street. Wartman is working on opening a second location for the pizza shop this summer, but for now customers must visit the Center City location.

Donations can also be made online at RosasFreshPizza.com. 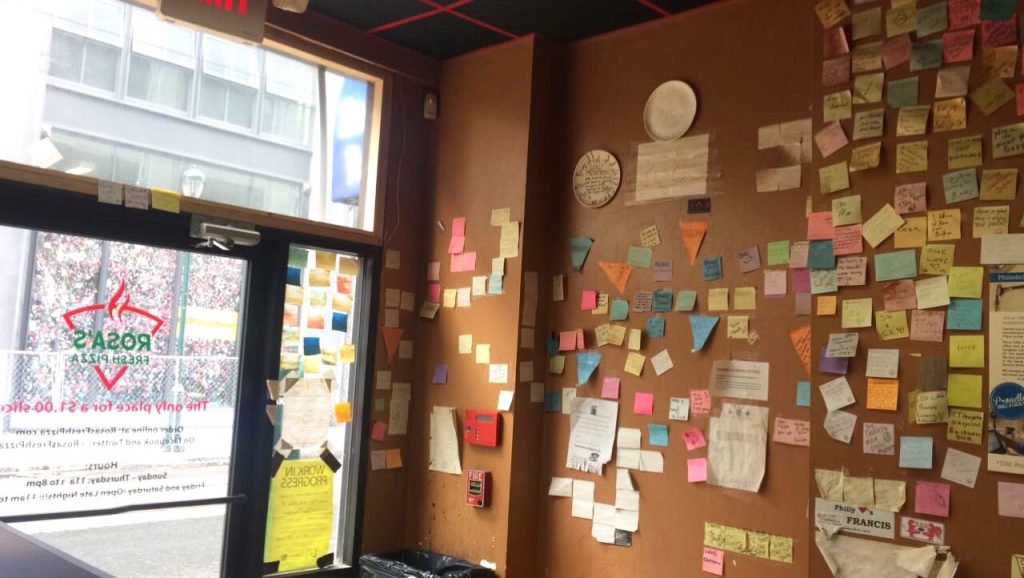