There will be larger protests tonight and tomorrow

A few dozen students at Temple University gathered at the Bell Tower this afternoon to protest the election of Donald Trump as president.

Both President Obama and Hillary Clinton have given concession speeches today, but many are unwilling to accept a president who has publicly insulted immigrants, women, POC, Muslims, the LGBT community, journalists, and individuals. 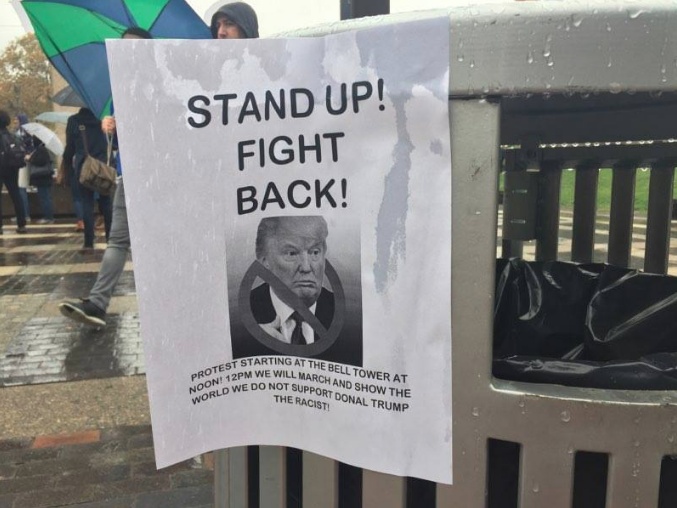 Emotions were high as students listened to their classmates express concerns over our president-elect.

“Don’t let anyone make you feel alone. Don’t let injustice keep occurring and let’s fight for what we believe in,” said one student.

A self-described victim of a sexual assault, featured in the video above, expressed her feelings towards Trump’s victory even after audio emerged exposing him bragging about sexual harassment.

Protests are underway or have been planned across the country, and there are already several in Philadelphia.

Philadelphia Socialist Alternative has created a Facebook event for a protest at City Hall at 7pm tonight, and there is another Facebook event scheduled for tomorrow called “Philly Women in Formation.”

The Tab Temple will provide coverage of any more protests over the next several days.