Paper cutout artist Joe Boruchow often incorporates activist themes into his work. One of his most popular pieces, “Remove Rizzo,” took aim at the Philadelphia Municipal Services Building for continuing to display the controversial statue of former Mayor Frank Rizzo, which critics call a symbol of racism and brutality. 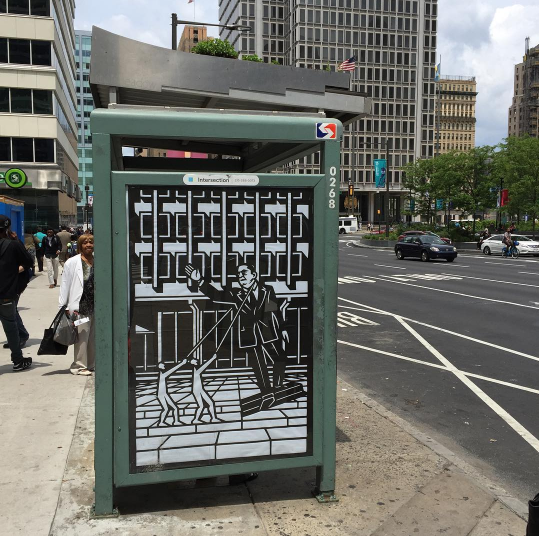 His most recent work has centered on who is likely the most simultaneously hated and beloved man in America right now: Donald Trump. 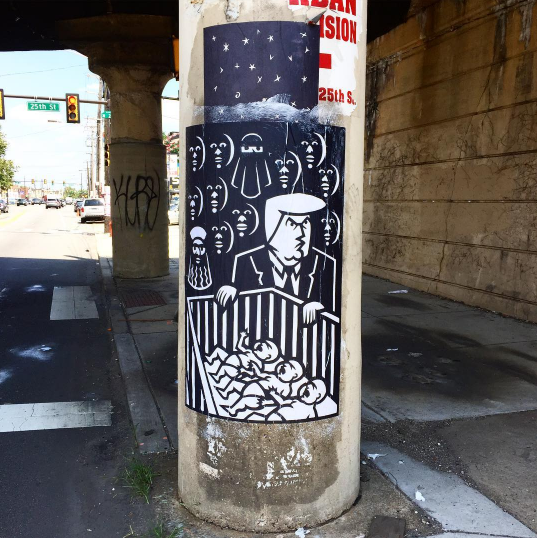 He’s posted several of his Trump pieces strategically around Philadelphia, as he does with most of his work. He displayed one sticker across the street from a Philadelphia’s Greater Exodus Baptist Church, close to where Trump met up with African-American leaders in September. 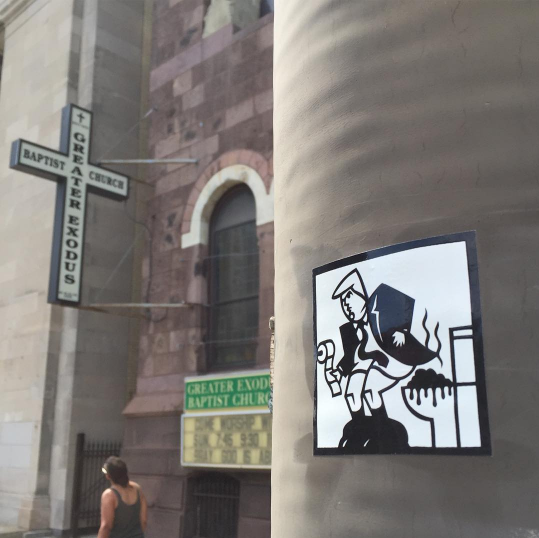 Boruchow recently spoke at the Philadelphia Museum of Art’s panel discussion, Art as Activism, which the museum held in conjunction with Philadelphia’s Mural Arts Association.

He admitted he’s just now getting back into expressing political themes in his artwork- the last time being during the Bush administration. 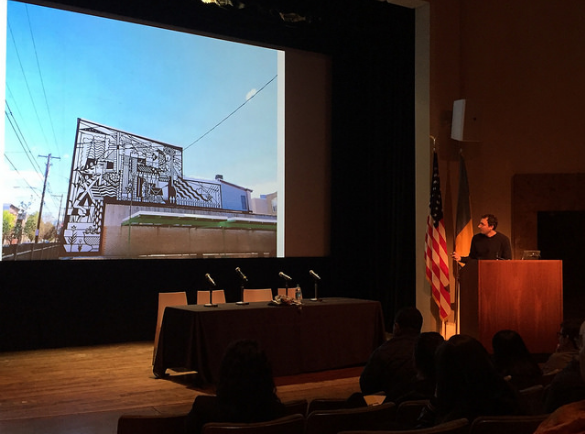 Joe Boruchow goes through some of his work at the Art as Activism panel discussion at the Philadelphia Museum of Art on October 26, 2016.

He also explained the significance of how he publicly displays his art:

“It’s a way that I can make it accessible to anybody . . . It’s kind of how I’ve grown as an artist, gauging the way people react to my work, and it’s been really an integral part of my process. I feel like a piece isn’t done until I’ve shared it with people.”

Now you can even buy “Trump Shit Bigly” and several other of Joe’s pieces through his website as stickers, posters, or Tshirts. You can also browse more of his work on his Instagram.