‘They started beating my head and back’: We spoke to the victim of a mob attack

On Friday night, we received a TU alert of  increased police activity involving a mob of young kids near Main Campus. Last week the same mobs of juveniles were seen near our campus.

At around 8pm and throughout the entire night, there were reports of assaults but only a few victims have come forward and many students at Temple are wondering what happened.

We spoke to students who came into contact with the mob:

“My boyfriend and I were walking to his apartment at 8pm and we saw a lot of cops and like five kids middle school age and thought that all the police activity was extra but we didn’t have any kind of warning of what was really going on, so I thought it was because everyone was coming back from the Temple game or if there was an event at the Liacouras Center. 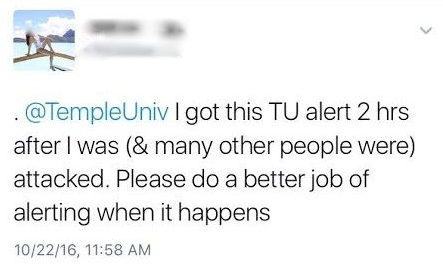 “We turned onto 16th from Cecil towards Oxford and halfway down the block, we see 10 then 20 then up to like 40 kids pour out from around the corner of Oxford and 16th and we then crossed the street but two kids followed us and hit my boyfriend. My boyfriend ran and got away but the second I tried to run, they grabbed me by my hair and started beating my head and back.

“I somehow got to the other side of Oxford Street by the time they got me to the ground. I remember shoes coming for my face and after that I heard other kids from the group saying ‘Yo chill, yo chill it’s just a girl’ and they pulled my attackers off me. I got up and ran in the direction of my boyfriend’s house but no one was interested in me anymore. 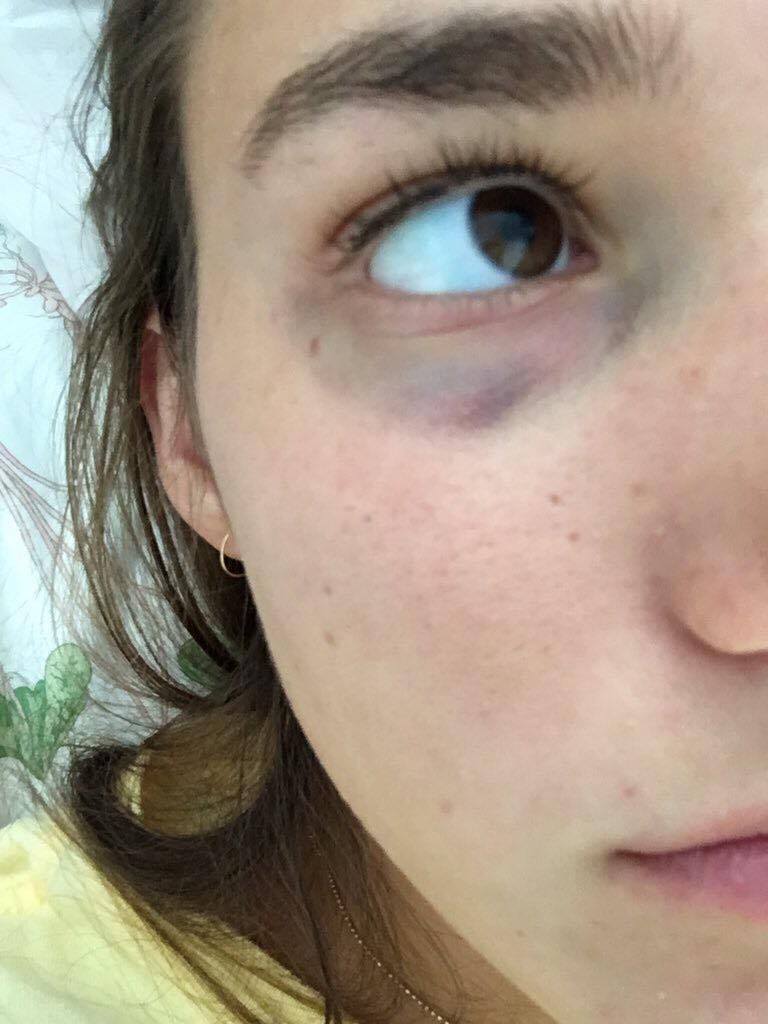 “My phone broke but they didn’t try to steal anything. I don’t remember how long the attack lasted for because time moves weird in a situation like that. When we got to my boyfriend’s house, we called Temple Police and they sent a cop to my boyfriend’s apartment and he called the EMTs who checked me for a concussion but they said I didn’t have any symptoms of one.

“Two hours later, I got the TU Alert. The cop said this happened last week too but I never heard about it and so I didn’t know that this kind of stuff was happening. 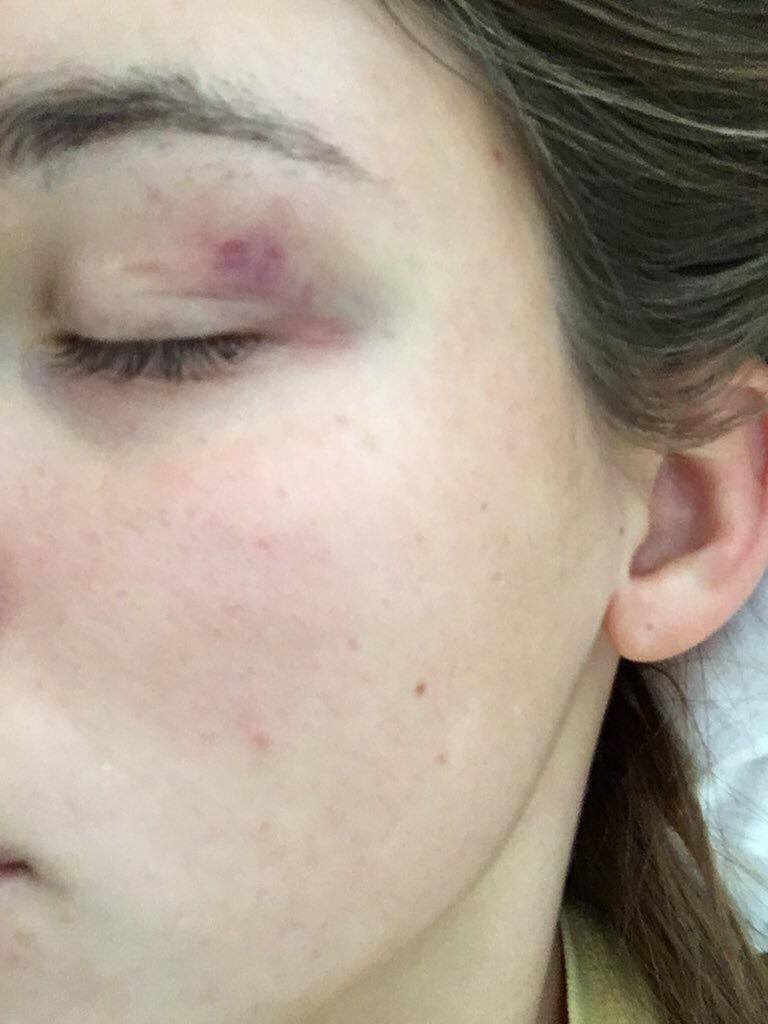 “I don’t have any photos from right after the attack but now I have two black eyes and bruises on every inch of my head. I can’t open my jaw up too wide without it killing me and my left wrist and hand were swollen all of yesterday and I still can’t move it right. My right hand has deep scrapes from hitting the ground too.

“The only visible ones are my black eyes because I don’t have a way to show that they actually ripped out half of my hair.”

The victim’s boyfriend, who said he was also assaulted, told The Tab he had a Temple Policeman come to the apartment for a report and he said these attacks had been happening all night – same with last Saturday. He also said while he was there at the apartment, the police officer received multiple calls about other assaults. 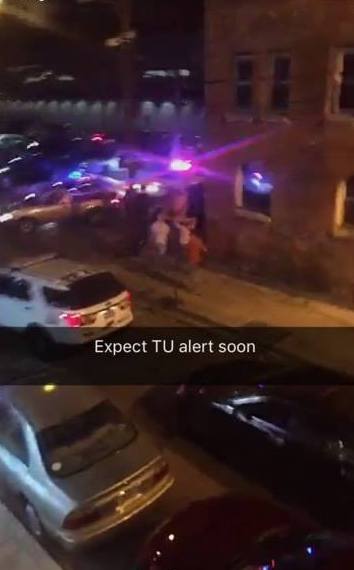 A student, Michael P told the The Tab, he witnessed the kids assaulting students and also heard a lot of stories of assaults.

“I only walked around it when the crowd first started forming on Broad in front of where Burger King and Koja Grille are. It had to be over 100 people, various ages from middle school to high school.

“The mob I walked passed by started to form around 7:45pm after I walked from Rite Aid to the IBC.” 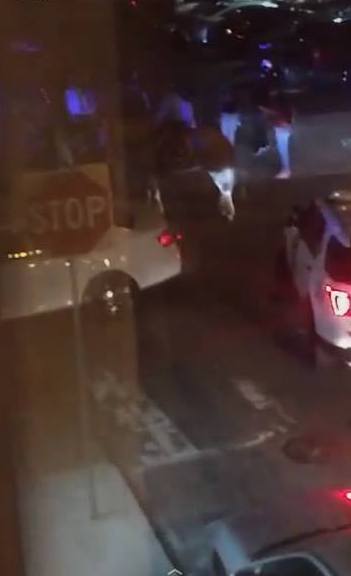 Although only a few students have come forward with their testimony, there are more reports of these assaults.