In a press release issued today, Temple University’s branch of the National Association for the Advancement of Colored People announced it will hold a press conference tomorrow on its stance regarding the Temple student whose racial slur went viral after her roommate published it on Twitter. 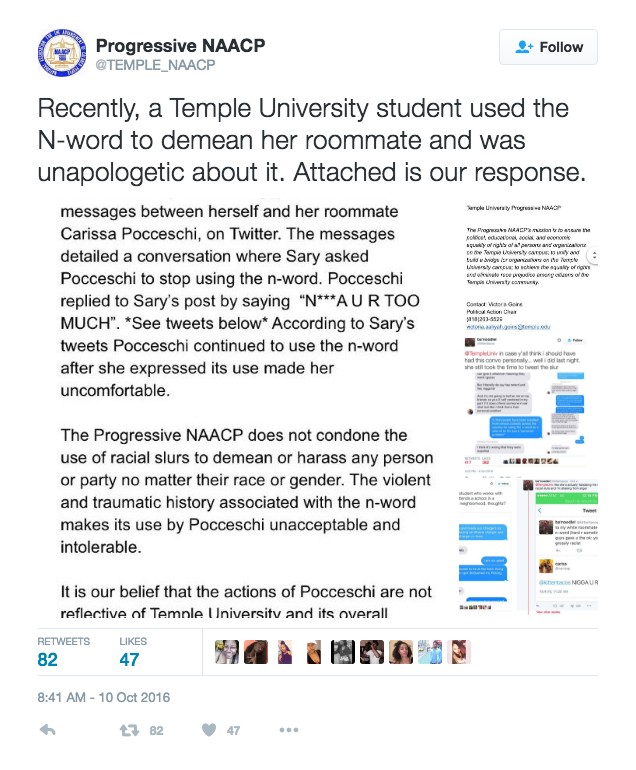 Mary Sal, who tweeted texts between herself and her roommate showing her roommate’s refusal to stop using the N-word, will be present at the press conference for photos and interviews, as will some “prestigious” Temple University faculty, according to the media alert sent out today.

In the press release the Temple University Progressive NAACP called the student’s use of the word “unacceptable” because of the word’s “violent and traumatic history.”

The letter also stated, “Being that Temple University strives for diversity and inclusion among students and staff and is located in North Philadelphia, a predominantly African American community, we expect Temple University to take disciplinary action against Pocceschi.”