Stadium Stompers and other groups march from Temple to City Hall

One protester began yelling at a Temple tour guide

At 2 p.m. today at the Bell Tower, the Stadium Stompers and several other activist groups including 15 Now, Temple Socialists, and Students for Justice in Palestine began protesting the building of a Temple stadium (again). 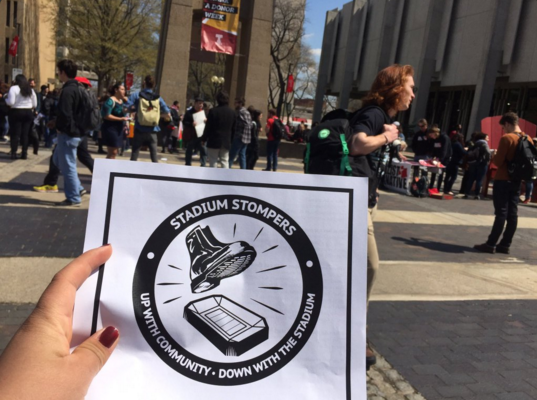 The audience included everyone who was already hanging out at Beury Beach, Philly Jesus, and a pretty decent amount of police officers and campus security.

The size of the group protesting grew, and they took to the streets. Police had been waiting on Broad Street for over an hour in anticipation of the protest. 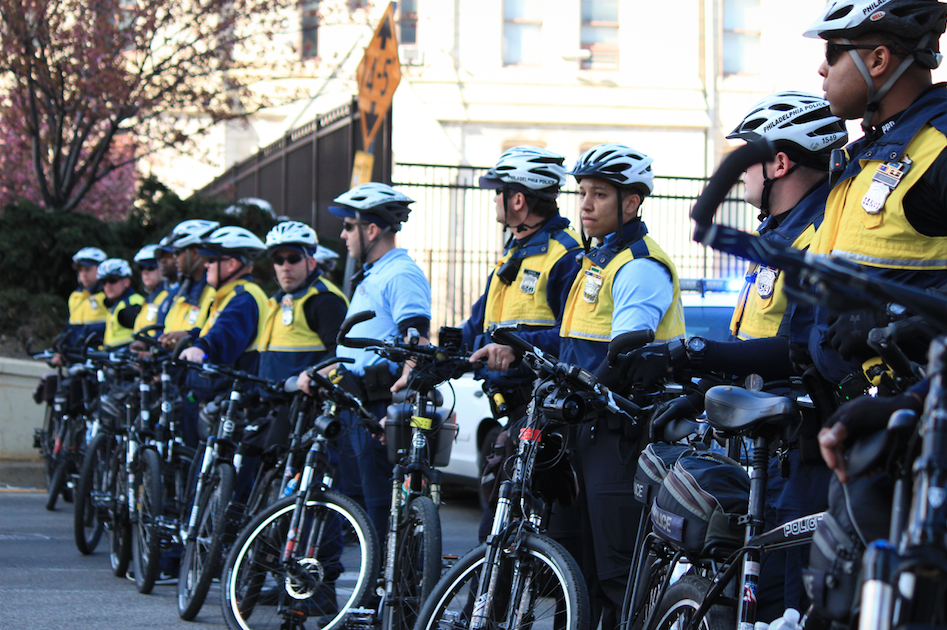 The protesters walked all the way from Temple to Center City, where they made a loop around City Hall and continued passing around the megaphone to different speakers. A massive police force followed the group the whole way, and a section of Broad Street was blocked off for a good part of the afternoon. 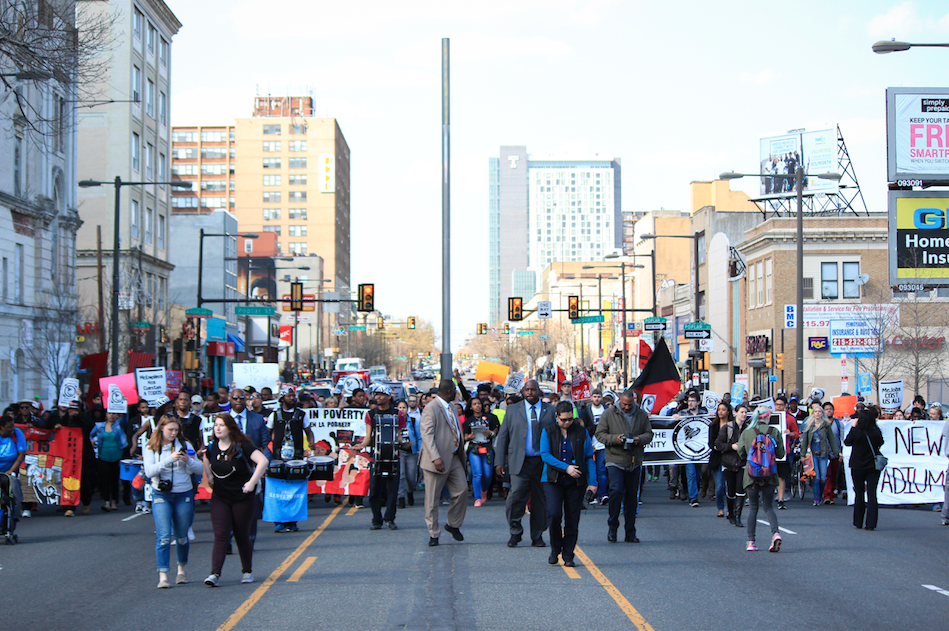 On the way to City Hall, the procession made a few stops to allow for speakers to talk and for drummers to rile up the crowd. 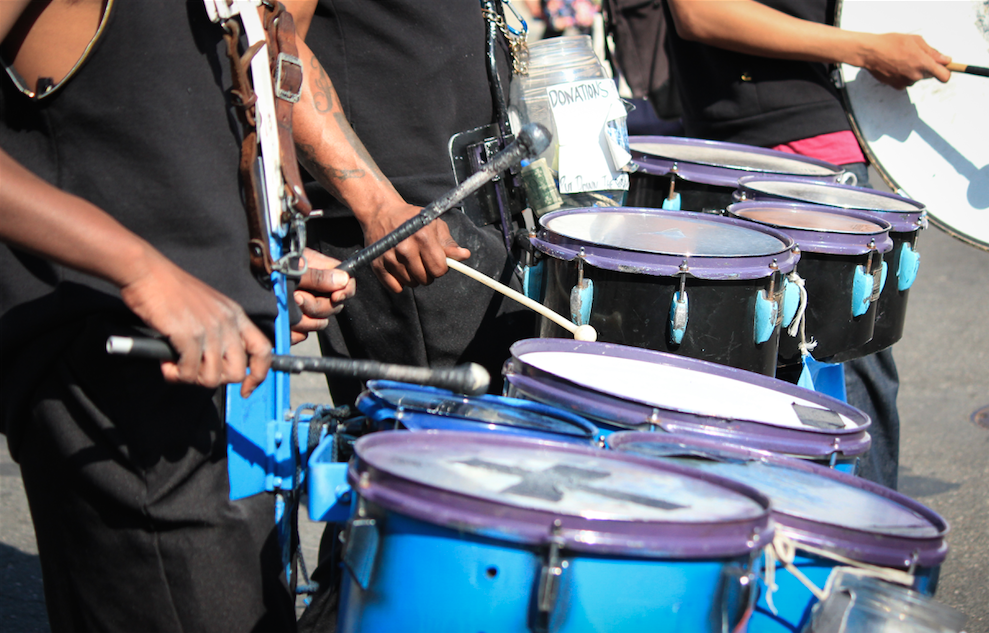 Among the speakers was Phil Gregory, a Temple student involved in Stadium Stompers. 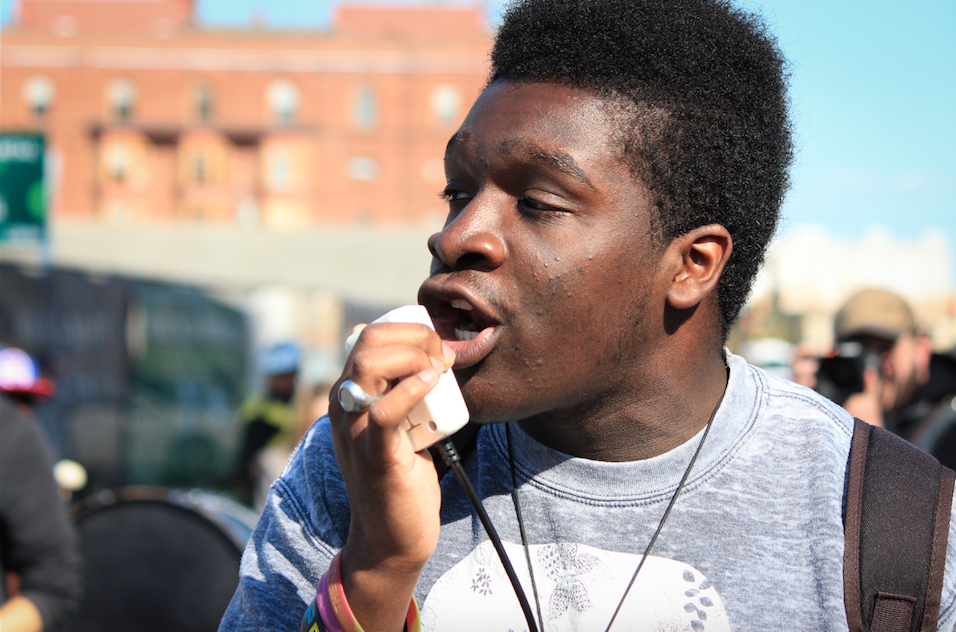 He spoke when the procession stopped at Broad and Girard, highlighting the need to improve Philadelphia schools.

Though the protest was mainly in opposition to the stadium, as the group moved farther away from Temple’s campus, they began paying more attention to other issues affecting Philadelphia. A big issue highlighted was the need to increase the minimum wage to $15. 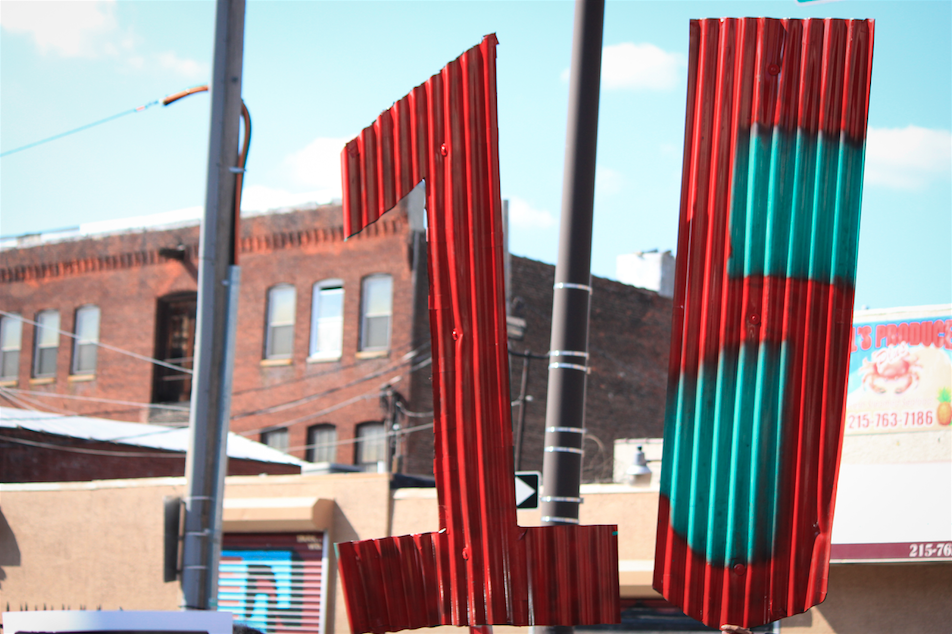 At Broad and Arch Streets around 5:30 p.m. the Stadium Stompers and other groups stood in solidarity with fast food workers, health care workers, and members of Philly Coalition for REAL Justice for an increase in minimum wage.

They repeatedly expressed their anger with newly elected mayor Jim Kenney for failing to increase the minimum wage after having discussed it during his campaign. 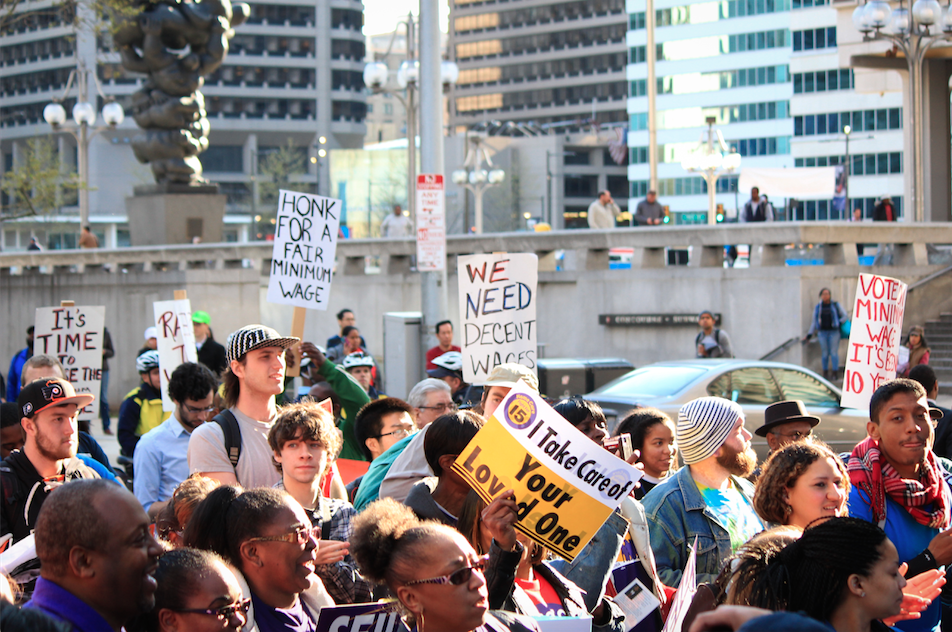 The protesters stayed for more than another hour, chanting, drumming, and letting members of different organizations speak to the crowed.