Clancy, a junior media studies and production major at Temple, has been making music since he was 15. He’s performed at and held house shows since coming to Temple, and his newest endeavor is a part-funny, part-serious rap about “everyone’s best friend, Bernie Sanders.”

He was inspired to write it by his friend Claire Pope, another Temple student.

“About two years ago, an inside joke started, where once [Claire and some other friends] started seeing me perform my raps they started saying, like, ‘Bobby Clancy saved my life.’ Then somehow that evolved into ‘Hillary Clinton saved my life,’ so they asked me to make a song titled that.” 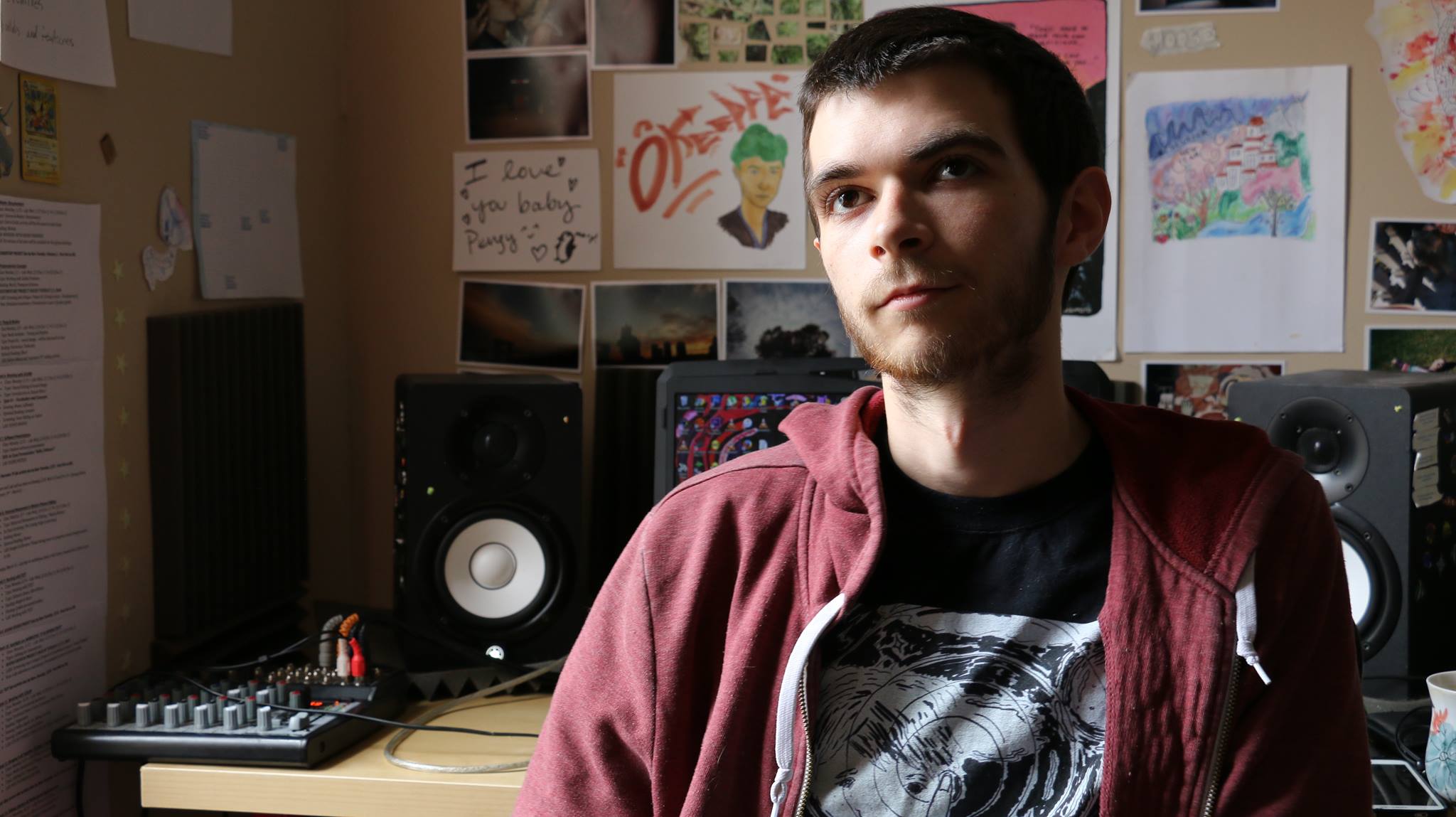 His political stance has since changed to prefer Bernie, and now he’s also revised the song.

“The Hillary song was definitely way more of a joke. . . For this one I actually talked about political issues more. As for Bernie, I think he’s really going to change something, but Hillary I really didn’t care about at all even back then.”

He explains what got him interested in Bernie’s campaign:

Inspired by Bobby’s political rap, we asked him to perform it for us. He invited us over for a private show, the only other attendee being his cat, Molly. 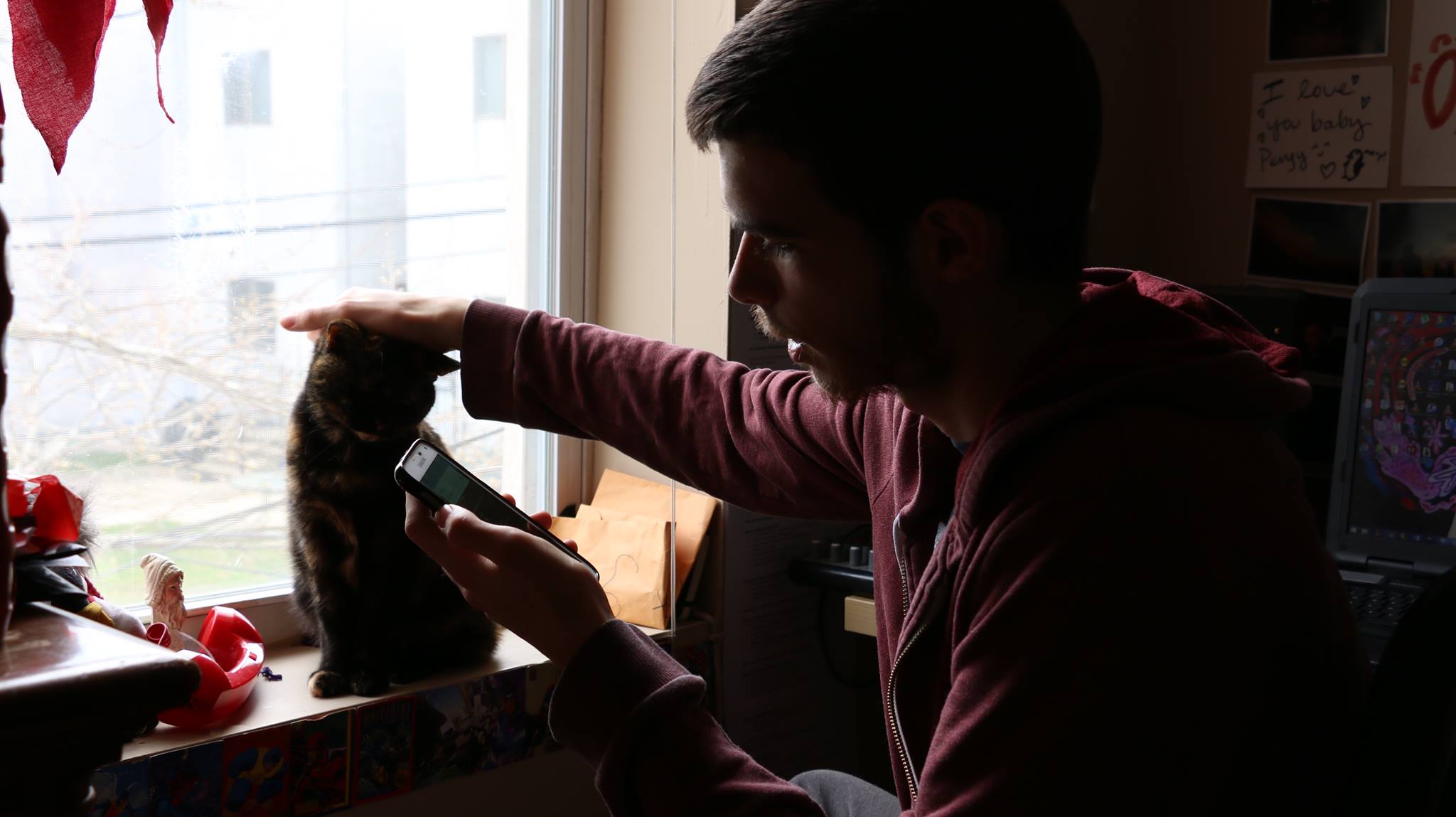 Bobby and his cat Molly. Photo by Dylan Keith.

At first, he says, the song was supposed to be a joke, more like the one he had written of Hillary. But once he started it, he found a lot of what he wanted to say were more serious and political.

“There’s still a lot of jokes in there to keep it entertaining for people who don’t really care about that stuff.”

You can find the song and more of Bobby’s music on his Soundcloud.